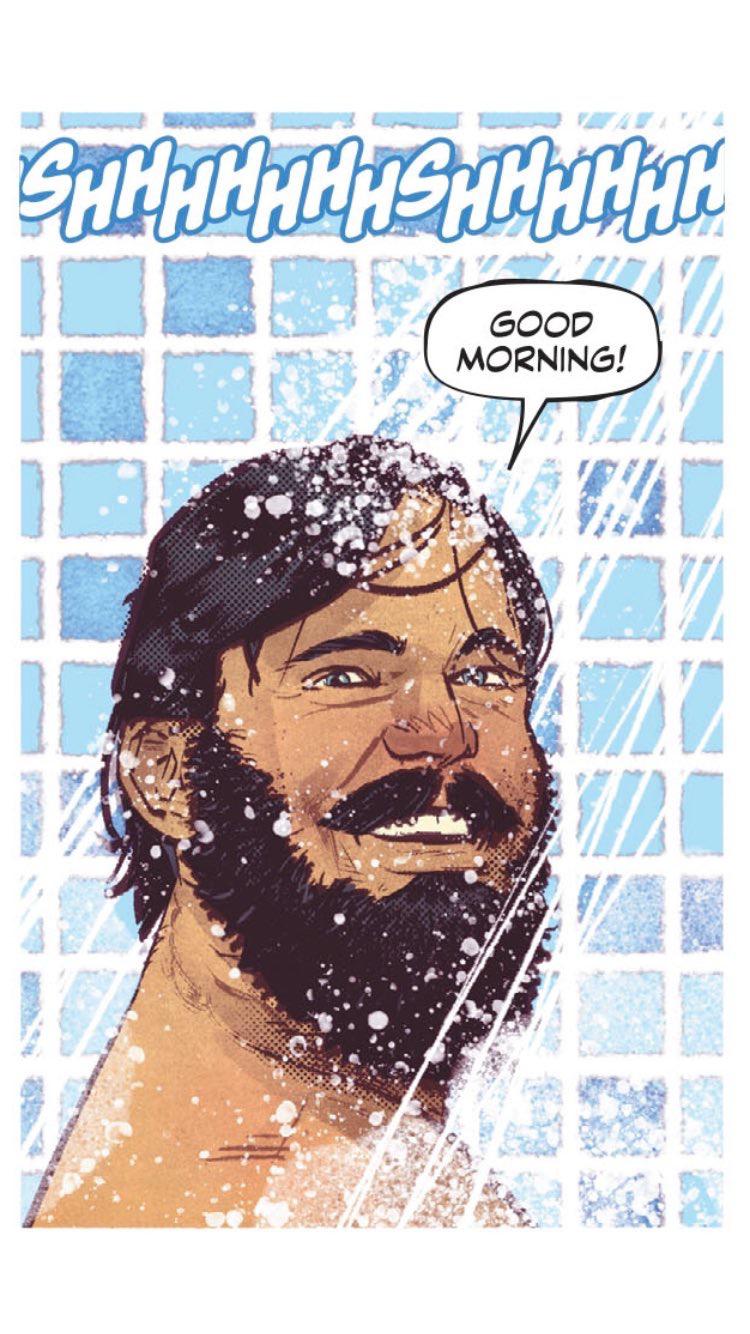 Well well well here we are again. A week of comics? Yep. A week of great comics? Yep yep! We have great spoiler-filled picks for you to check out, so let’s get to it!

In Superman #5 the Man of Steel wonders if he should use his powers to decisively end the threat of Rogol Zaar once and for all… but only for a moment in the latest issue by Brian Michael Bendis, Ivan Reis and Friends. Just lovely. 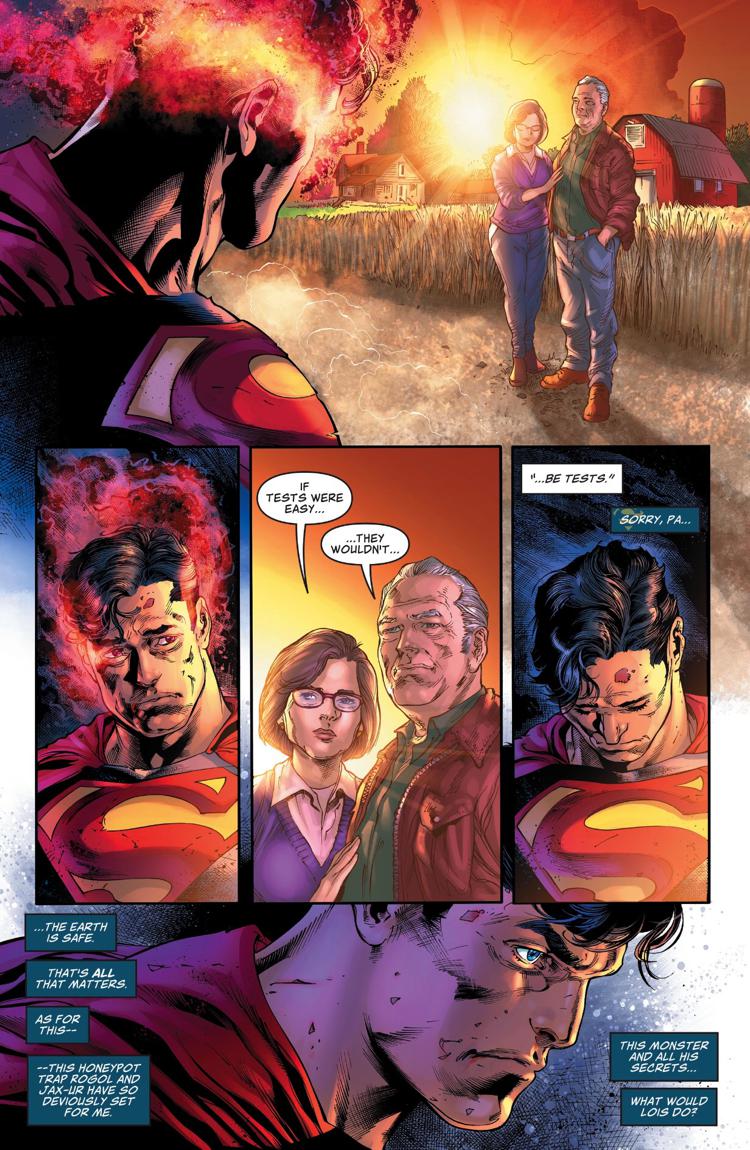 Steve Orlando brings the unexpected to Electric Warriors. Well, sort of. While he’s writing both The Unexpected and Electric Warriors, the two are distinct in time and setting, but Orlando is exploring new realms, and offering up gritty new ideas with a solid underpinning of fun in both titles. Y’know, what comics should be. With Travel Foreman on art, colors from Hi-Fi, and letters by Travis Lanham Electric Warriors #1 will have you believing an octopus can fight. 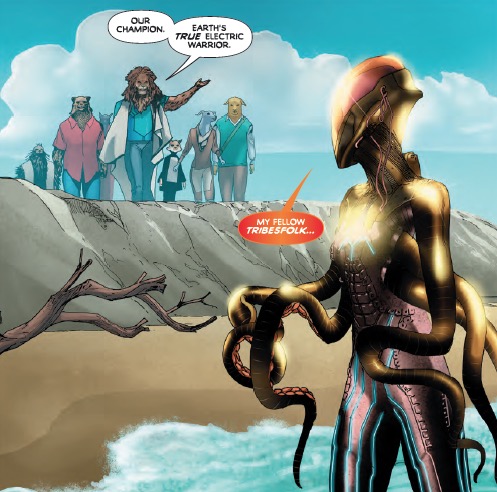 I’ve been excited for Bitter Root since I heard it announced earlier this year. Sanford Greene has taken his art to a new level. This panel really displays all the great details, textures, designs and action that his artwork brings. 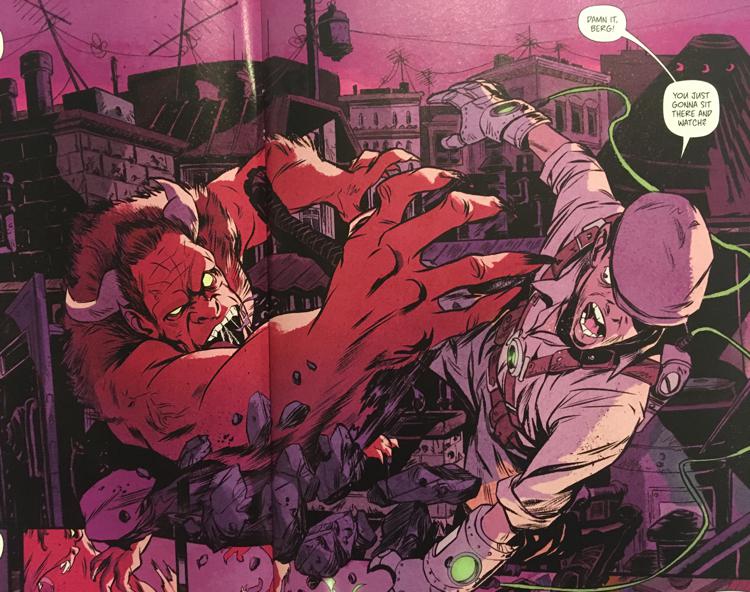 This whole MJ story arc feels so fresh and creative! It was great to see other prominent supporting cast members struggling with similar things. 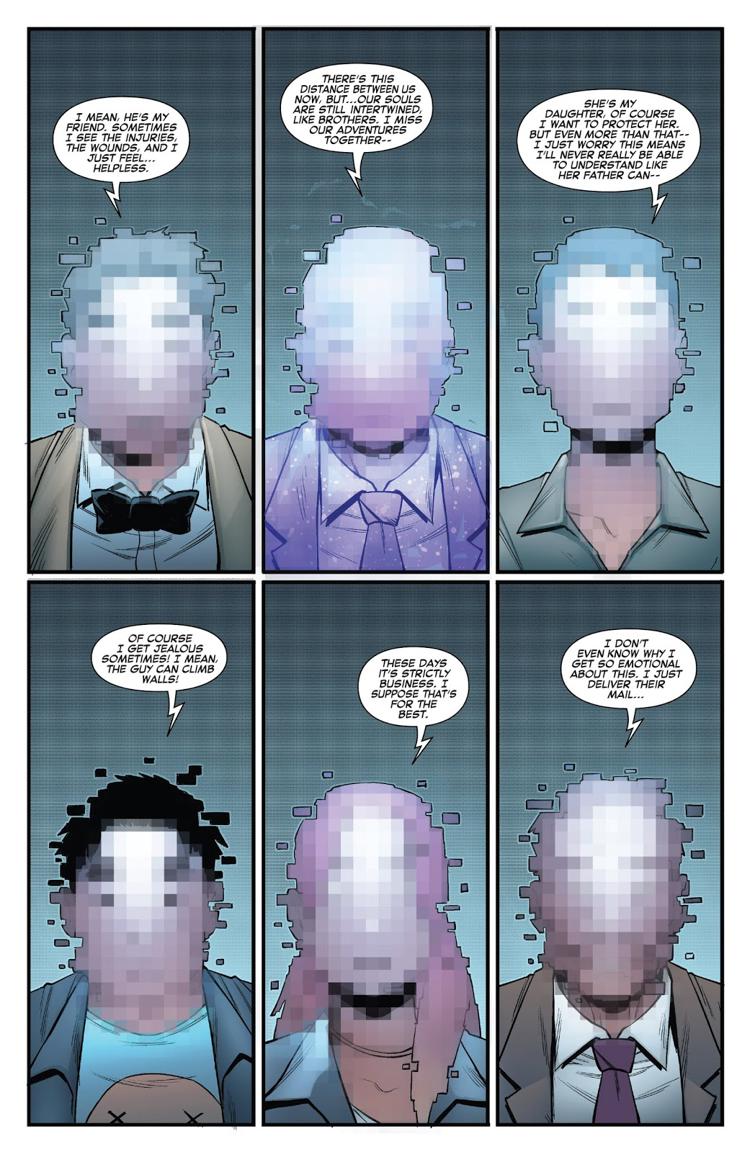 This series has ended and there’s a lot to process. I need to just read this whole thing over from the beginning. I’m not sure what to make of the ending; I think King is really working against the idea of this just being another “superhero event book” that ties into the larger continuity. So it doesn’t entirely make sense or fit, but that’s fine because life itself is confusing. It’s been a really great series though, and an incredible portrayal of someone dealing with a grim job and the challenges of having and growing a family, all while struggling with profound mental illness. I’m really going to need to sit with this one. One thing I’m sure about is that Mitch Gerads has done incredible work on art the entire series. Really stunning, remarkable work. I also had to pick this character (Funky Flashman) because even though he was originally based on Stan Lee (and not in a complimentary way), the character in this story had been a figure of humor and compassion. And I was of course saddened by the passing of Stan Lee, one of the towering figures of comics and the greatest promoter the industry has ever seen. 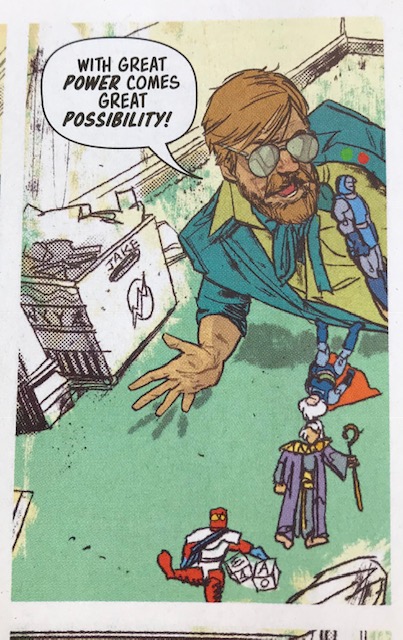 I’m a sucker for Holiday specials, and getting to see Brett Booth on the Flash for a “special” 100-Page Comic Giant was AWESOME! A nice heart-warming tale featuring a certain cold-hearted criminal, go to Walmart and pick up the World’s Greatest Super-Heroes Holiday Special now! 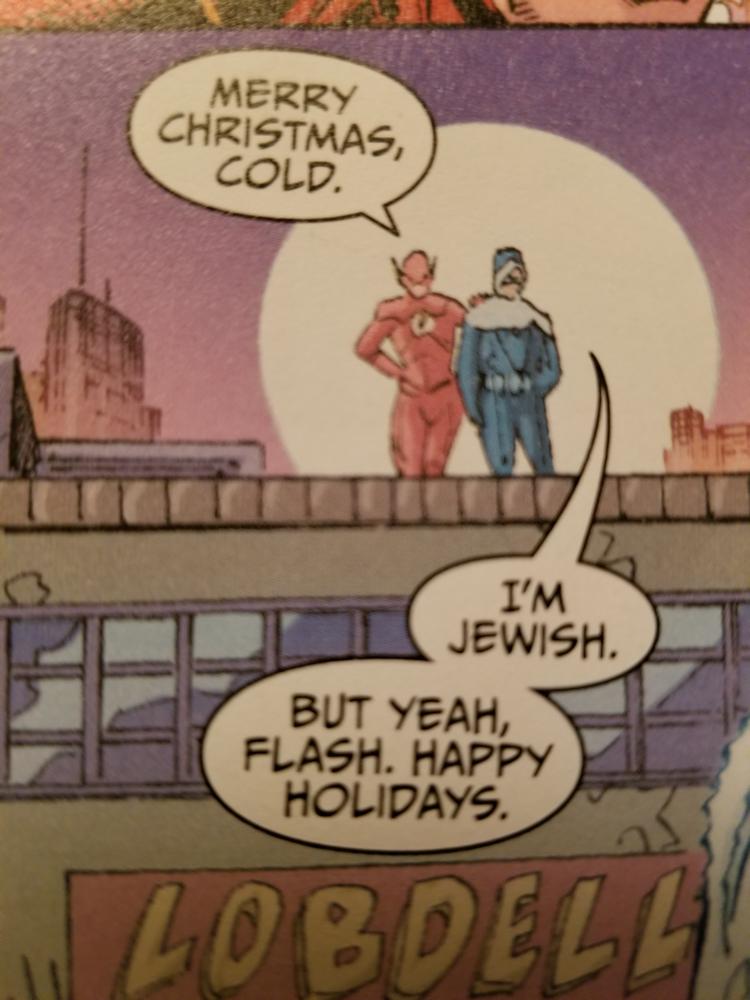 I always like a good maxi-series. So many thanks to Tom King and Mitch Gerads for creating one of my favorite comic book stories in a long while. The characters, the plot, the art, the Easter eggs are all part of what made it so special. And I love a good Bobby Ewing homage. 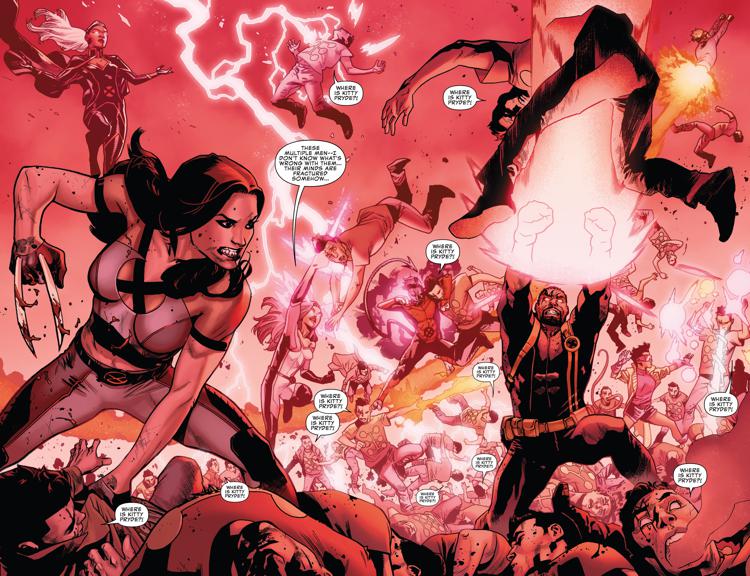