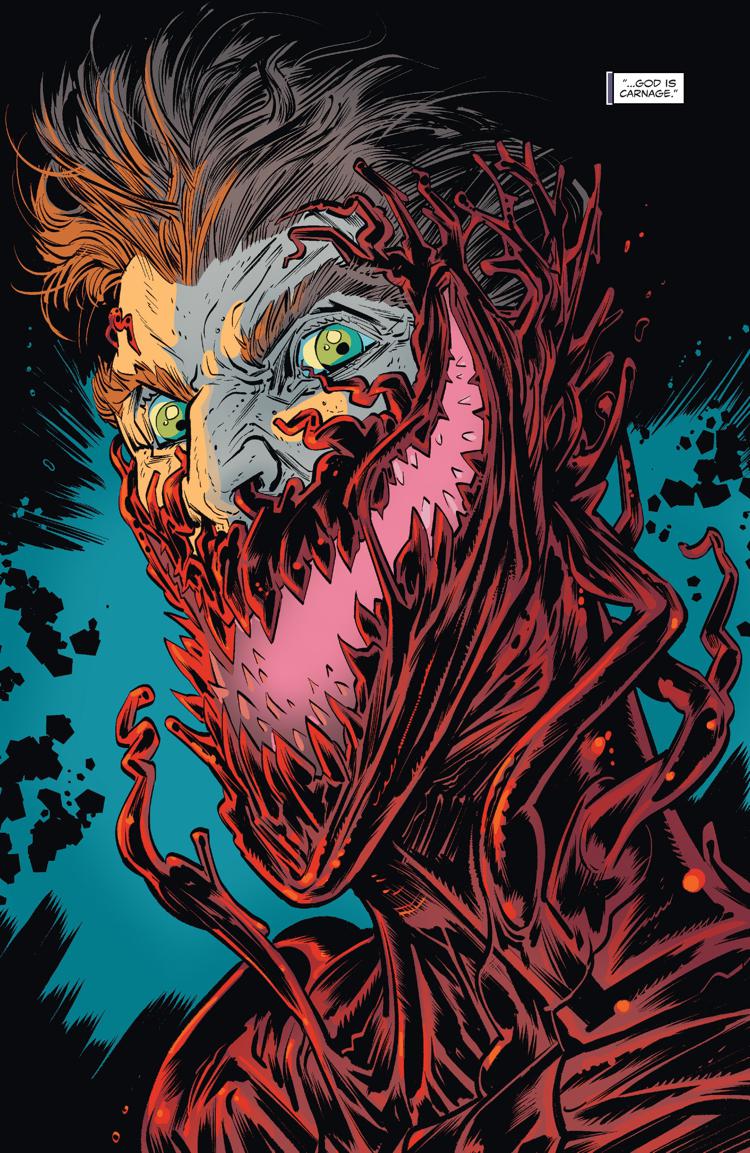 The days grow dark and short in this part of the world but the comics stack high and keep us warm and bright. We have great spoiler-filled picks for you to check out, so let’s get to it.

Relatable characters are critical to enjoying a comic story. 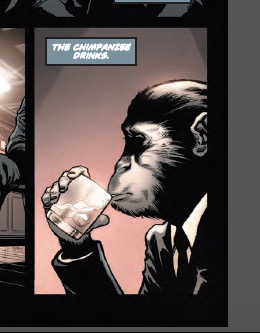 This issue reminded me again why I love East of West so much. Hickman and team are equally adept at visceral action and quiet conversation. Dragotta and Martin keep getting better and better as an artistic team. I can feel things really moving to a head and it’s exciting to see everything start to come together. This is a fantastic, complex, gorgeous comic. 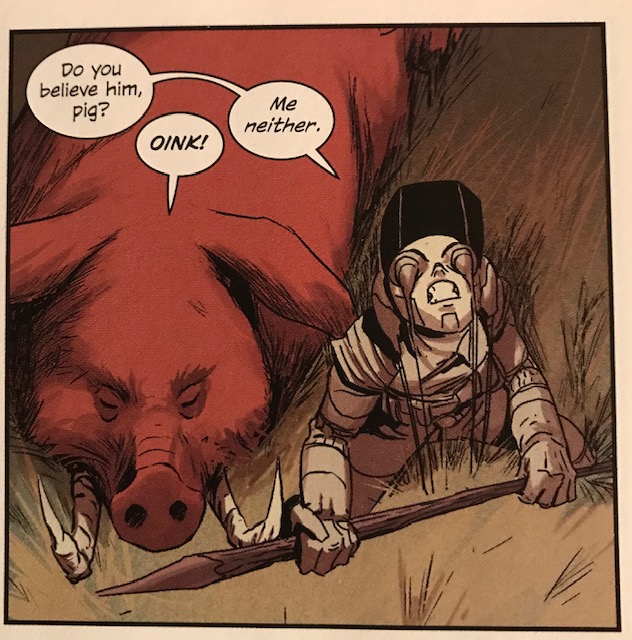 Tom Taylor does such a great job at dissecting Batman and Superman’s relationship, and this snippet is one of my favorites.

Every issue of East of West is a delight to read. This panel added the right amount of humor to the issue.

In the week the cancellation of Sideways was announced, artist Kenneth Rocafort, writer Dan DiDio and friends delivered a series of emotional punches for our hero Derek. This was the first. 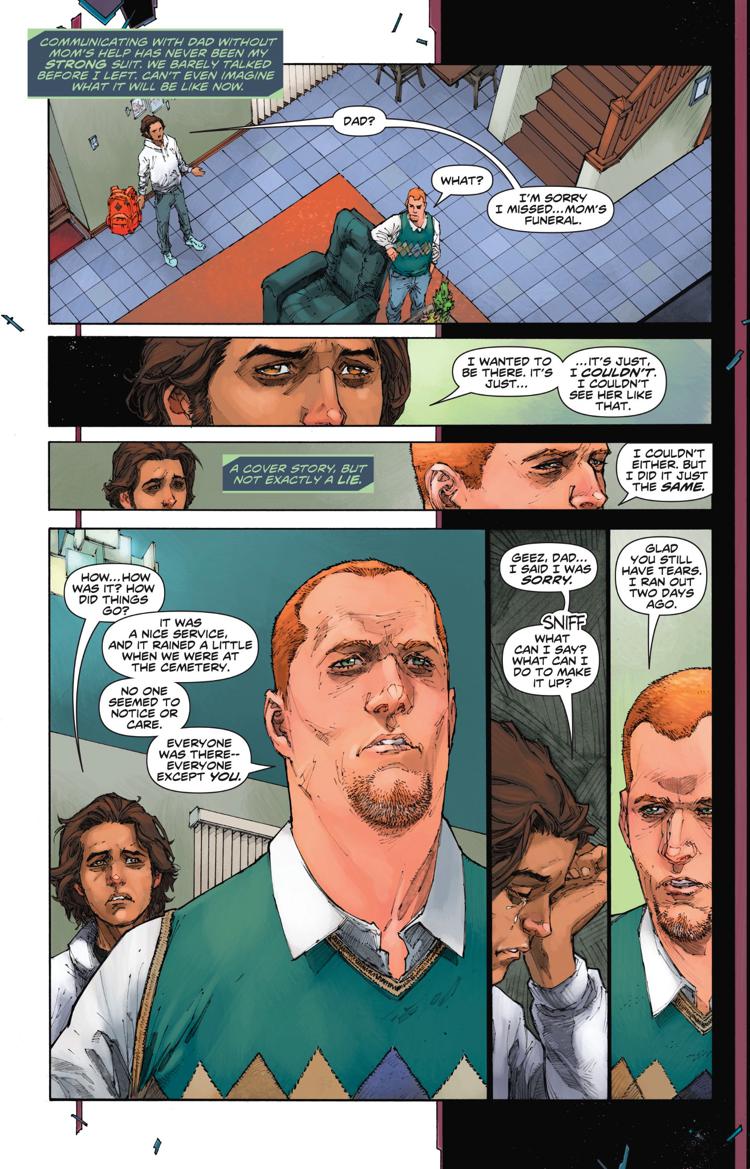 A writer of Bryan Hill’s caliber combined with an artist of Leandro Fernandez’s talent will always grab my attention. I don’t know about comparisons to Scalped, but this is the sort of crime comic book that I can really dig my teeth into.

Do yourself a favor and drive all around town, have a friend mail you a copy, whatever it takes, to pick up the Batman 100-Page Comic Giant #5! Bendis and Derington are KILLING it! 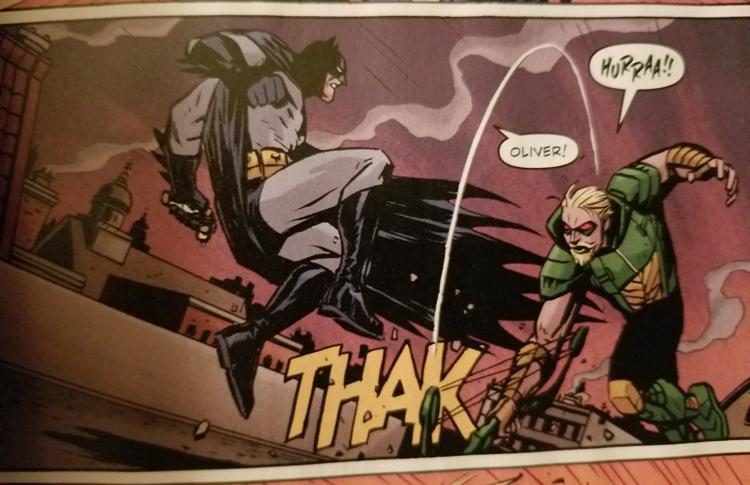 I’m a sucker for symbiotes.