La araña del olvido is a graphic novel written by Enrique Bonet and published by Astiberri in 2015. This graphic novel is based on a true story, telling of the journey of Agustín Penón. Penón was an American journalist with a Spanish background, who travels to Spain, to investigate on the death of the poet Federico García Lorca. 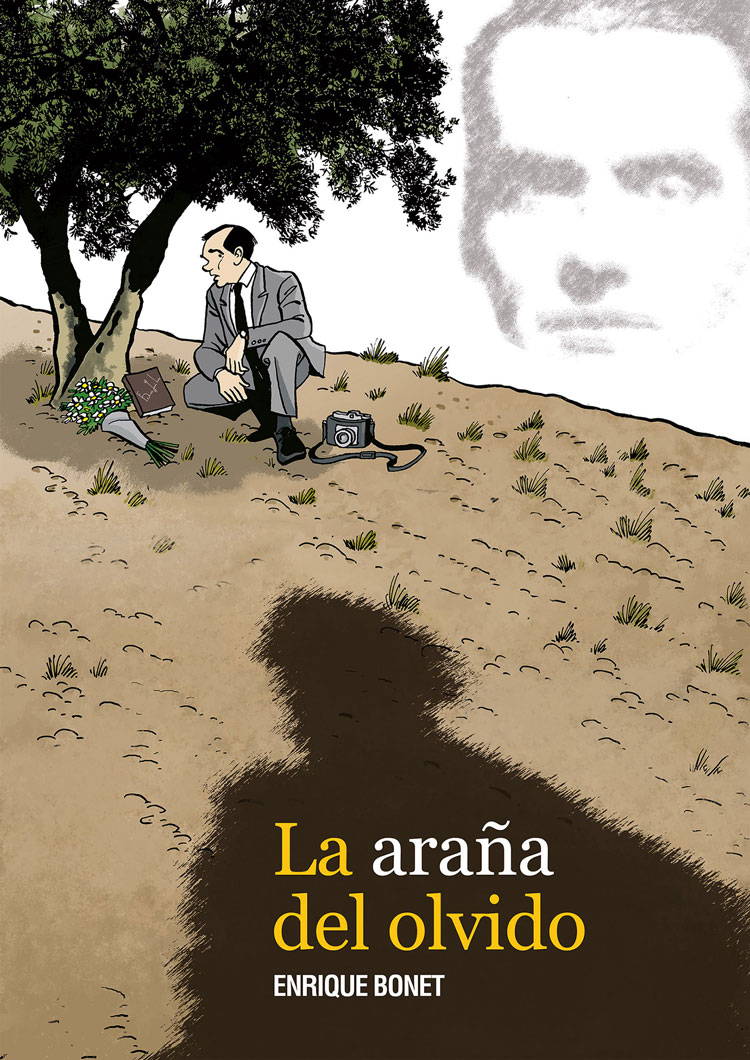 Apparently, La araña del olvido is the tale of a journey, but furthermore is the tale of a quest for the truth. During his research, Agustín has to face the fear and the self-imposed silence of those who where involved in the Lorca’s life and death. Agustín has to look for the answers in the a place invaded by the urge to hide the past.

He starts his research in order to write a book about Federico García Lorca, whose mysterious death is involved in a political controversy and covered by the curtain of secrecy. Agustín is the first one investigating Lorca’s death, so he has to travel to different places around Spain to meet the persons who were once related to the poet. He interviews them, listens carefully to all the stories, but in time, he discovers the contradictions and the shadow that covers the reality. 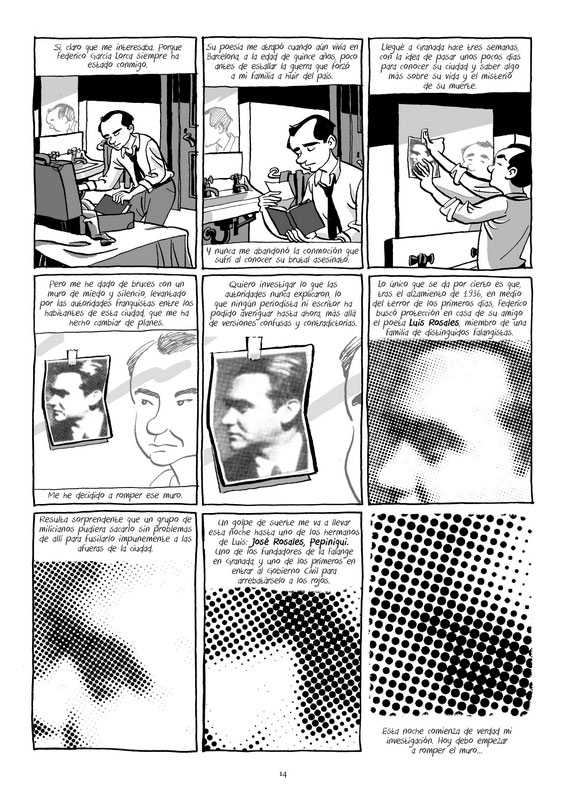 [Even if you dig out in our guts, you will not find the truth, there is only fear. That is the victory of the fascists: the dead can not speak, and those left alive will not speak either. We are paralyzed by guilt, shame and fear.]

This graphic novel explores the process of how the memory creates the discourse of the past. La araña del olvido focus its attention on the practice of remembering through specific places and objects that are connected to experiential histories.

At this point, we might say that the experience is the identities constructed through material, cultural and interpsychic relations. The identities materialize in a discussion, in words that create realities every time Agustín ask questions of the residents of Granada, Madrid, and Viznar, the supposed place where Lorca’s were buried.

Agustín tries to understand a past that he is unaware of, but paradoxically it directs all his actions. The past, this unwanted heresy, follows him everywhere he goes like a big shadow that demands attention. It demands someone else to give him meaning.

We might also affirm that this graphic novel is a retrospective prose narrative that transports the reader to a different time in history that might not be very different from today’s reality. It is a time where it is safer to stay in silence than create the voice to speak out a reality that all what to hear, but only a few are brave enough to say it out loud. 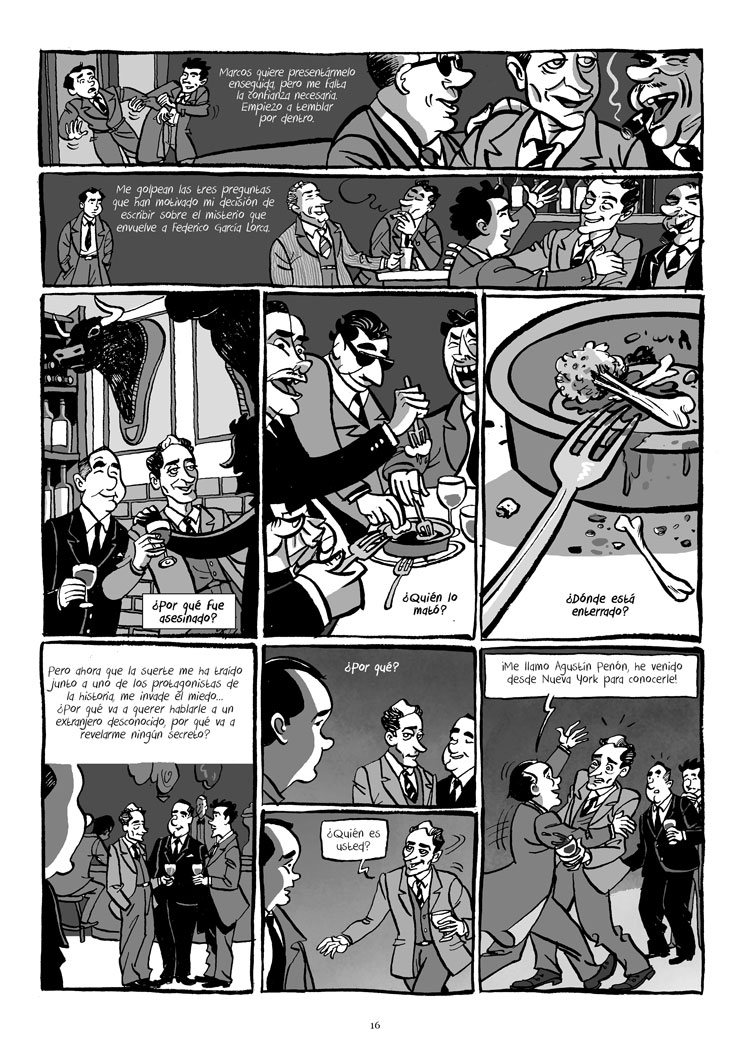 Enrique Bonet creates a visual narrative and the juxtaposition of the images produces the illusory sense of time passing. Also, it creates the sense that this linear sequence presents a succession of moments. In this book, the sense of temporality is the essence of the graphic novel and it is through this illusion of time that the reader creates connections, allowing them to get close to the characters and the story.

Rather than discover the mistery of García Lorca’s death, La araña del olvido points to the mystery itself and involves the reader in a spider web where fiction can be more real than the reality itself.