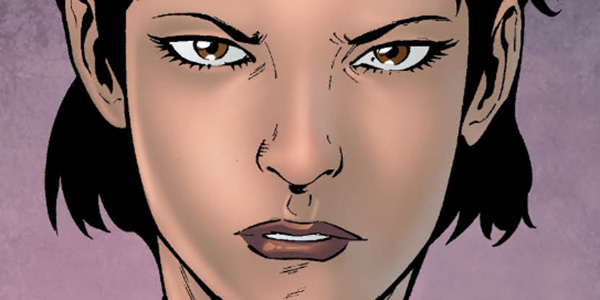 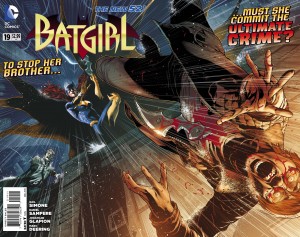 Okay, so this isn’t exactly about the debut of Alysia Yeoh, who actually made her first appearance in Batgirl #1 (2011). It’s more of a revelation, which is just as significant. For the longest time, people who do not fit into the binary XY-male/XX-female gender model have had no proper representation in comic books. Gender variance within the medium has traditionally been explored through supernatural means — body swapping, shape-shifting, possession, or by depictions of alien species who’s physiology inherently defy gender binary. However, an ordinary trans man or woman? An intersex individual? These are narratives which have been avoided, if not banned outright. The erasure of gender variance in the human race is predicated on the theory that heteronormativity, or the idea that anyone who is not exclusively heterosexual nor conforms physiologically or socially to the gender binary model, is diseased, disturbed or otherwise unsavory. It is a mindset that defies science and history, and yet, has gripped the western comic book industry for the majority of its existence.

Those first few characters who were explicitly identified as transgender or transsexual (or who, at the very least, displayed factual characteristics of trans men and women), Marisa Rahms in Deathwish, Lord Fanny in The Invisibles and Coagula in Doom Patrol, among a hand-full of others, were few and far in-between. Moreover, if we are being realistic, they have all been long forgotten as well. Even if they had remained at the forefront of reader’s minds, none of them, even as a collective, could possibly represent the real life struggles and day-to-day nuances of all gender variant people. Thus, while the revelation of Alysia Yeoh as a trans woman may seem like a proverbial “needle in a haystack” of gender normative individuals across a multitude of publishers (and thousands, if not hundreds of thousands of characters), what makes her coming out process so powerful is that it begins with a conversation: “There’s something I’ve been meaning to tell you for a while. I’m transgender, Barbara.” 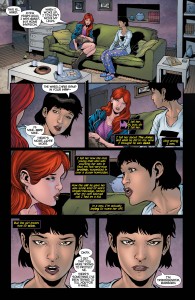 It’s a conversation that is inescapable for every gender variant person: that we must tell someone in our lives that we are not what they might think of as “normal” or that we may not fit into their potentially limited worldview. It is a gut wrenching decision to make, because no matter how well you think you may know someone, there is always the possibility that they might reject you, possibly even attack you, or at worst… kill you. What is even more heartbreaking is that while we might be able to act thick-skinned against the cissexism and transphobia we experience on-line, in the media or from those who may not be involved in our lives any more than a few fleeting insults (or what may feel like the never-ending duration of an unprovoked physical or sexual assault), what can truly shatter our soul is to experience that same level of hostility or violence from someone we respect, someone we love — someone whose life we may value even more than our own. We expect the hatred from the outside the world, but to reveal ourselves to those we love risks the possibility of bringing that hatred home.

Fictional characters make for odd companions don’t they? They’re the imaginary friends we never quite grow out of. Quite the opposite — the older we get, the more dynamic and integrated they become to our psyche. We make assumptions that they think the same way we do, that they hold the same principles or moral outlook that we do. It’s the same mindset that we take when we idolize our favorite celebrity or public figure, assuming a person whom we’ve never met would just love us to pieces if only they got the chance to know us. There is a reason there is an old saying “never meet your heroes.” Your assumptions could be dead wrong.

In my early teens, I had a huge crush on Darren Hayes, the vocalist from the music duo Savage Garden who eventually went on to have his own solo career. As with any public figure I had come to admire, I assumed he’d have the progressive frame of mind to accept me regardless of my sexuality or gender identity. He’d have to, right? His voice soothed my soul at times when I just wanted to kill myself and on more occasions than I care to remember. Of course, at some point, I came to the realization he could hate lesbian, gay, bisexual or transgender (LGBT) people just like any other bigot. To my surprise, Hayes actually came out as gay and he even got himself a husband. Nonetheless, I began to reevaluate my adulation of celebrities. How many of them who never publicly stated support for LGBT causes did so because they were, in fact, a part of the opposition? How may had I given my money to in one form or another, not knowing if they would support institutionalized discrimination against people like me?

It’s not something I dwelled on per se, but it was one of those “what ifs” that burrowed like a parasite in the back of my mind. Still, I figured that even if every public figure or entertainer I ever admired turned out to be heterosexist/cissexist, I could always rely on my favorite fictional characters to be that never ending source of comfort and inspiration we all seek in life. After all, they aren’t real, but I could make them real inside my own mind, imbued with the same sense of acceptance and agency that I’ve encountered from real-life LGBT allies. However, I found the “what ifs” probed my psyche just as easily concerning fictional characters as they did with real people. If comic books inherently reflect the social conventions of the period in which they are written, it would be easy to assume someone like Barbara Gordon wouldn’t discriminate on the basis of sexual orientation, given the number of openly gay and lesbian characters that have appeared in print over the past few decades. However, seeing how prevalent transphobia is, even among cisgender LGB people, how likely is it that someone like her would be completely accepting of trans men and women? When I wrote Batgirl: Gay Icon, I did so while examining just much I modeled my own sense of womanhood after hers, but I was forced to ask myself: “Would Barbara Gordon really accept me as a woman?” In being honest with myself, the best answer I could muster was “I hope so.” So when I read Batgirl #19 and I witnessed Alysia Yeoh tell her the most intimate detail of herself, I couldn’t help but see myself doing the exact same thing. I was there, sitting on that couch, saying “I’m transgender, Barbara.” 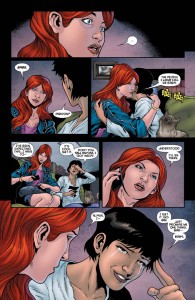 The look of bewilderment on her face was enough to make me wince, but it was a reaction that is entirely realistic. It was a moment where her preconceived notions about gender and about the person she thought she had completely figured out were suddenly shattered. It exposed her bias. It exposed her flaws. It was completely human. However, what made that moment divine is how she handled the situation. She didn’t unleash a barrage of questions, as so many cisgender individuals are compelled to do. She didn’t question the truth or validity of the matter that Yeoh was telling her about herself. Instead, she gave her friend exactly what she needed: understanding. “Babs,” she said to someone in one of the most vulnerable positions a person can place themselves in, “The people I love call me Babs.”

I’ve always said Barbara Gordon has three distinct personas: Barbara Gordon the civilian, Barbara Gordon as Batgirl, and Barbara Gordon as Oracle. In this moment, it’s plain old Barbara Gordon that’s my hero. Alysia Yeoh didn’t bare her soul to a crime-fighting vigilante, anonymous hacker and data sleuth. She spoke candidly with an ordinary, if not quirky, red-head named Barbara, who showed her more compassion than most people would have in her situation. For what it’s worth, I love you too, Babs.