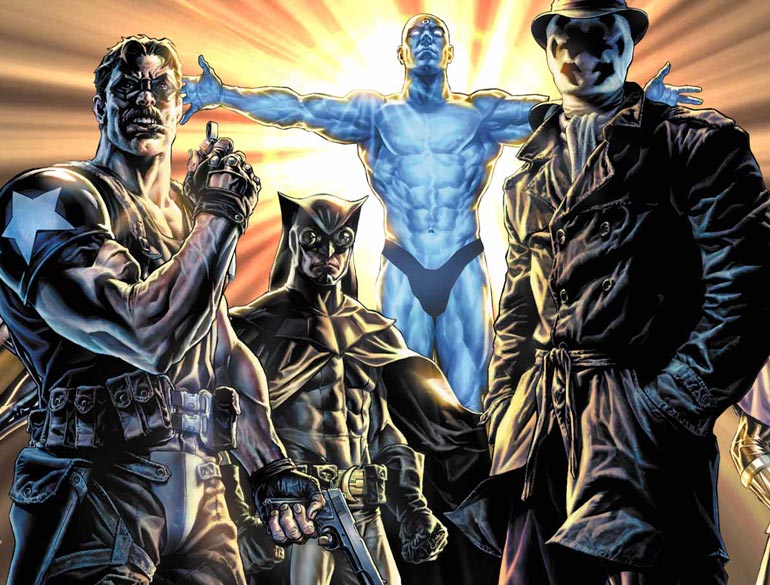 And what rough beast, its hour come round at last, slouches towards Bethlehem to be born?

DC Universe: Rebirth #1 is a strange comic to try to organize thoughts around.

It’s nearly impossible to judge as a story or really approach from the perspective of craft because it’s essentially a narrative movie trailer. It’s definitely to Geoff Johns’ credit that he’s able to pull some genuinely moving moments off in what’s essentially a collection of Easter eggs and callbacks. It’s not really something you can read and process as a story. It’s something you react to and catalogue your reactions. That works for a movie trailer, but is also a symptom of the black hole that a lot of marquee superhero books are tumbling down.

What I’ve always admired about DC is that, until now, they’ve been able to marry publishing concerns to epic storytelling to make it very clear what the direction and tone of the line will be going forward. Crisis on Infinite Earths will probably always stand out as the zenith of this kind of storytelling because it became both a landmark story and a major historical point for the medium. 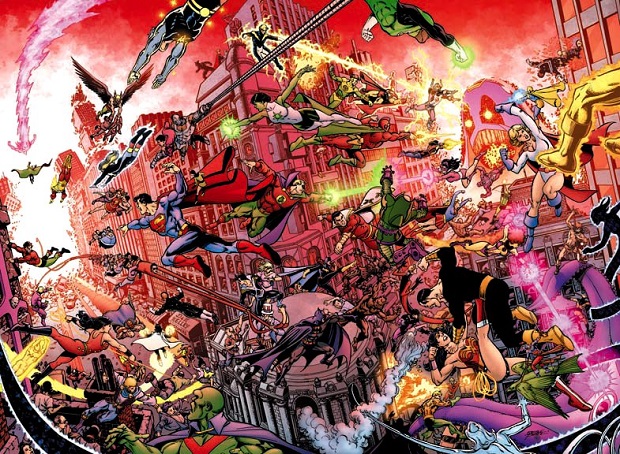 The fundamental reality behind COIE was that the line was too bloated and required streamlining, so they undertook to project it on a cosmic scale. It was a dividing line that held for a long time, because everyone just agreed to forget Zero Hour happened, except for the Legion of Super-Heroes faithful who were the most brutally scarred by it.

Over the last decade and change though, these sorts of shuffles have been increasing at an alarming rate and losing much of their thunder with each go around. Flashpoint was incredibly divisive and there seems to be at least a certain amount of internal remorse over the New 52 that it ushered in. But to its credit, there was no confusion about what direction DC would be pursuing at its conclusion.

The problem with Rebirth is that there’s no coherent vision coming out of it. I have no idea whose rebirth this is, and my wild speculation based on this issue is that there may not be an internal consensus on that point either. 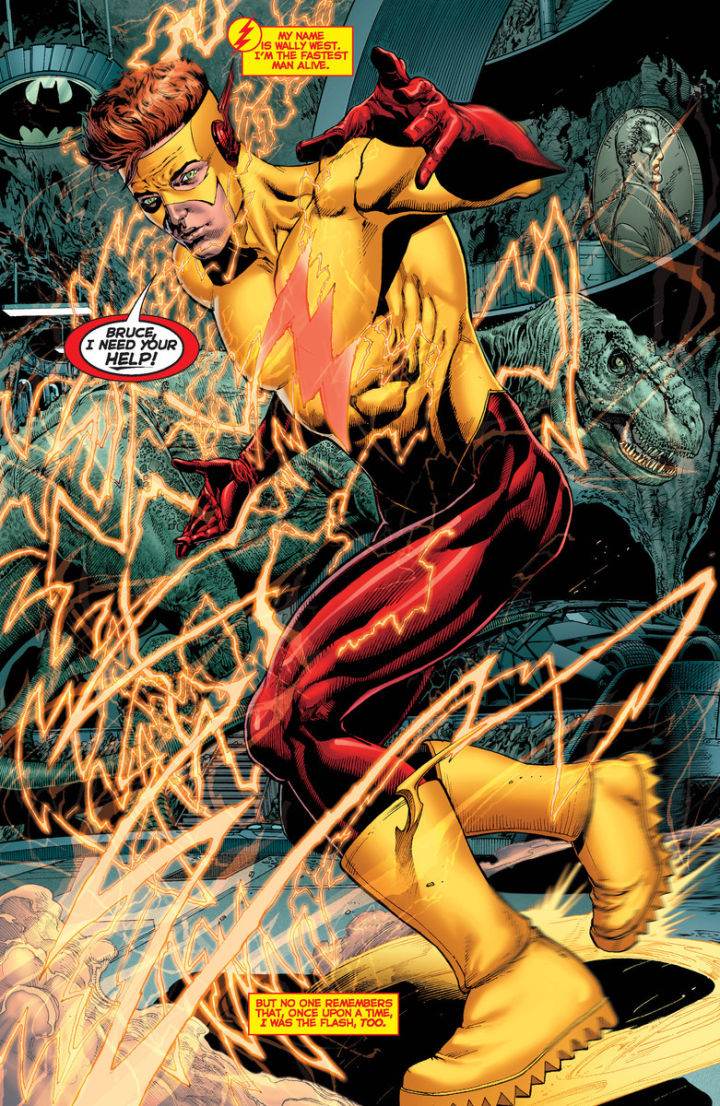 There’s a poetry to Wally West, the white one, being the central figure to the narrative that strings Easter eggs together because his status going forward is what’s producing the most angst.

In Matt’s review, he describes having grown up with Wally West quite literally, that for all intents and purposes, Wally is “his” Flash. If I’d been a monthly DC reader as a kid, the characters I’d have that tie to would be Tim Drake and Stephanie Brown. I guess you could say I grew up with Harley Quinn from screen to page, but the point — if I have one — is that relative to DC legacy characters I belong to kind of a lost generation.

Wally, that Wally, was the established Flash when I really started immersing myself in DC and Kyle Rayner was the guy. So I’m wildly ambivalent about Wally coming back because I went through the period of Johns’ ascendancy as the anchors were shoved aside to make way for Barry Allen and Hal Jordan’s return to prominence. They weren’t my guys, I’m a Gotham girl through and through, but the point was made.

So on the one hand, getting to see Wally again, and especially getting to see Linda, brought a rush of emotion back to when Mark Waid and Mike Wieringo were an institution.

But what does that mean for the other Wally West? 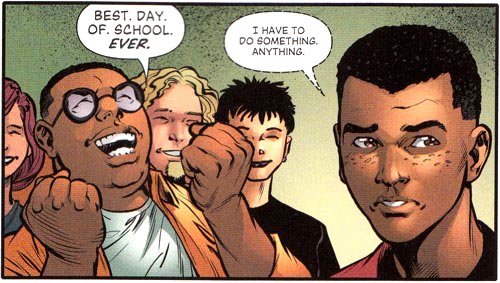 When it seemed like the Wally I knew best was ready to let go and fade away — let the current one take over his legacy — I was ready to let go too and recognize that he was the casualty of that lost generation. But that’s not what’s happening at all. We’re getting both.

Matt rightly pointed to just how untenable that is with the current disaster Marvel is lurching through with Sam Wilson and Steve Rogers, but DC has done this before to disastrous effect of their own. Ryan Choi and Jaime Reyes are in Rebirth #1, and I don’t know how to react to that. Because they’re absolutely the most bungled legacy characters DC has ever had unless you count the Milestone acquisition. Should I put on a Cabaret cast recording and belt out Maybe This Time? I dislike being this cynical, but Wally West isn’t the only one who remembers Flashpoint.

The cosmic tinkering going on in the background of all this is what concerns me the most, though. Wally’s entire motivation is proving that Flashpoint wasn’t Barry Allen’s fault, that there’s someone else out there behind it, and that someone else is probably Doctor Manhattan.

Leaving aside the Pandora’s box that is The Watchmen for the moment, we’ve been here before in Green Lantern: Rebirth when Johns set about exculpating Hal Jordan for Zero Hour. That’s what started the chain of events that lead to the current predicament — and the shelving of Kyle Rayner and Wally West. 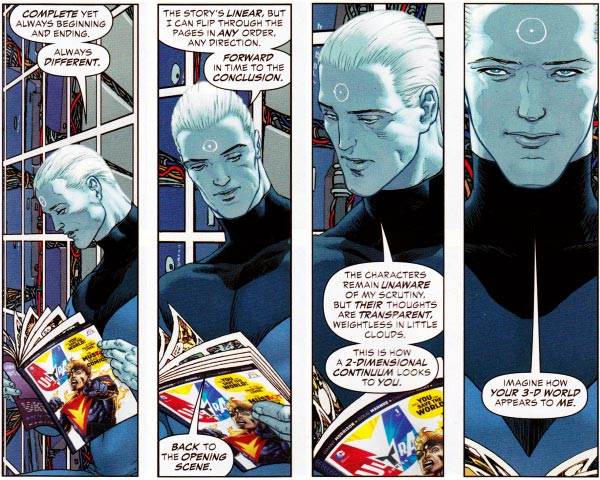 Johns is easily the most transformative writer of his generation and could probably be argued to have an equally or more profound effect on the company’s creative direction as Alan Moore did in the 1980s. When he sets out to transform something, it sticks, whether it’s Green Lantern: Rebirth or the JSA Classified arc with Amanda Conner that lead to both Power Girl and Conner’s ascendancy.

Tinkering with Flashpoint is one thing. But re-opening The Watchmen is playing with fire. Wherever this thread goes, it’s going to be wildly divisive. For my money, Grant Morrison and Frank Quitely closed the book on The Watchmen for good and all in Multiversity: Pax Americana, but The Watchmen is the beast that refuses to die. Warren Ellis was the first to raise a dagger in the Planetary issue “To Be in England in the Summertime”. 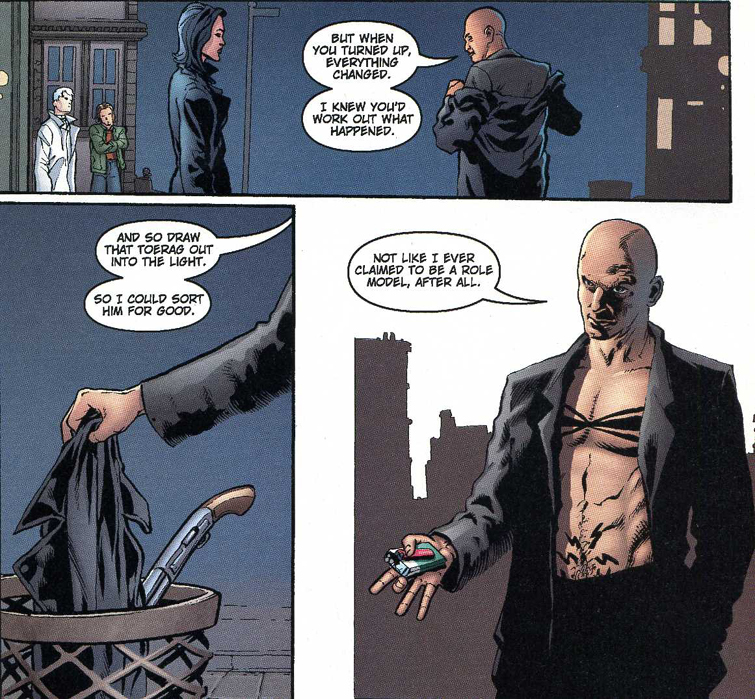 “It’s time to be someone new,” John Constantine told us after faking his death, murdering Miracleman, and becoming Spider Jerusalem. If that’s what Johns is intending here, to plunge a dagger into the heart of The Watchmen and chart a course for DC free of its looming shadow, I’ll gladly press the hilt into the palm of his hand. After all, Johns has made similar moves before, like using Morrison’s conception of Psycho Pirate in Animal Man as the vehicle to reconcile Power Girl’s identity.

All Rebirth really leaves me with is a series of reactions and speculation, which isn’t the worst thing in the world, but it isn’t great either. I could tell you how much it makes my stomach lurch to be reminded that Black Canary and Green Arrow are going to be an item again or the swirl of emotions that Ryan Choi evokes, but those are largely beside the point. 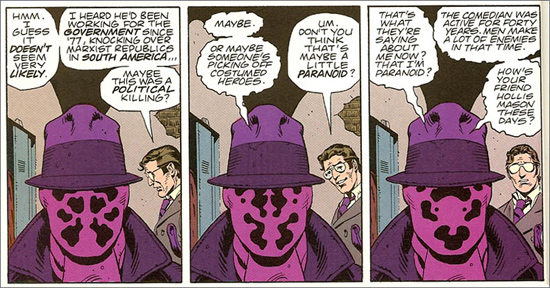 As much of a disaster as Secret Wars was, when the final revelation finally arrived, it was Black Panther using the Infinity Gauntlet to remake the world. I know damn well that the worlds we immerse ourselves in are the product of human labor and don’t, so far as we know, exist beyond images on the printed page, but there was a power and energy to that statement that seems to be bubbling up to the surface across the line. Black Panther, All New Wolverine, Patsy Walker a.k.a. Hellcat, Moon Girl and Devil Dinosaur, Mockingbird, Power Man and Iron Fist, and Nighthawk have all emerged to challenge convention in bold and welcome ways.

If Johns and his contemporaries at DC are serious about charting a fresh course for the company and a reckoning with The Watchmen lies at the heart of it, there’s no question as to whose hands T’Challa’s role should go to in Rebirth. 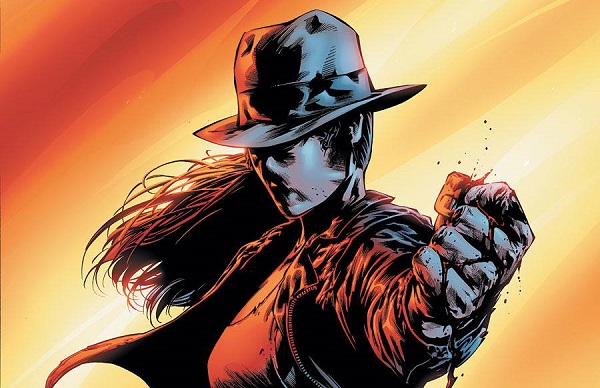