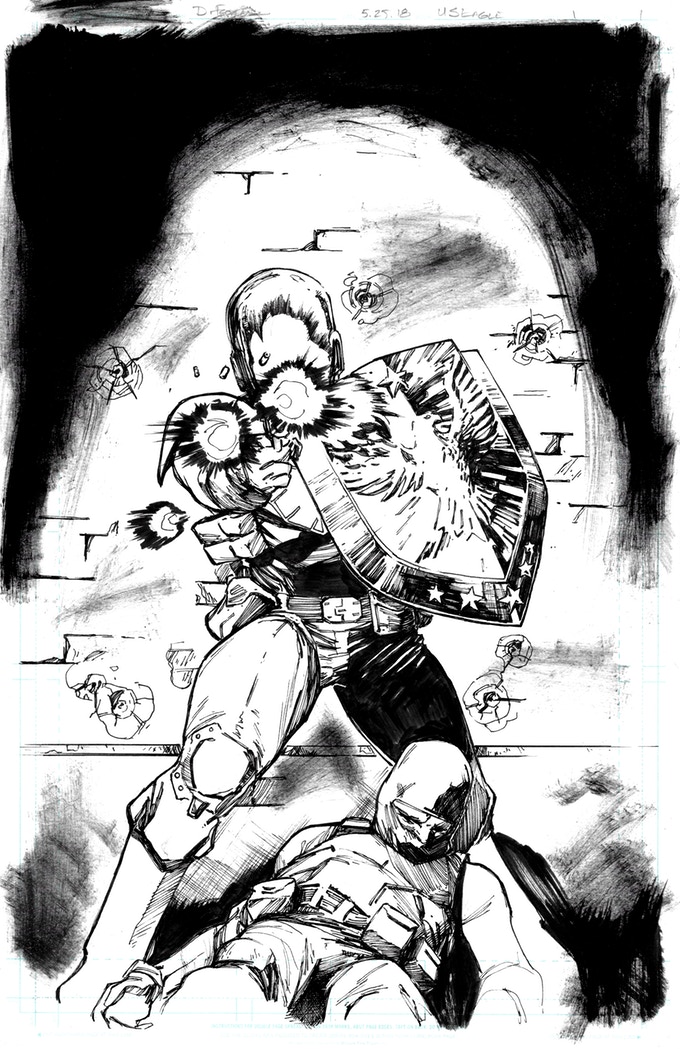 It’s a tale of greed, power, revenge and the never-ending cycle of violence.

From the writer/creator of The Pride, Joe Glass, comes a brand new comic Acceptable Losses. Featuring art from Danny Flores, Moose Baumann and letters by Michael Stock, Acceptable Losses will be a new, self-contained 32 page one shot exploring the never-ending cycle of violence in the War on Terror. 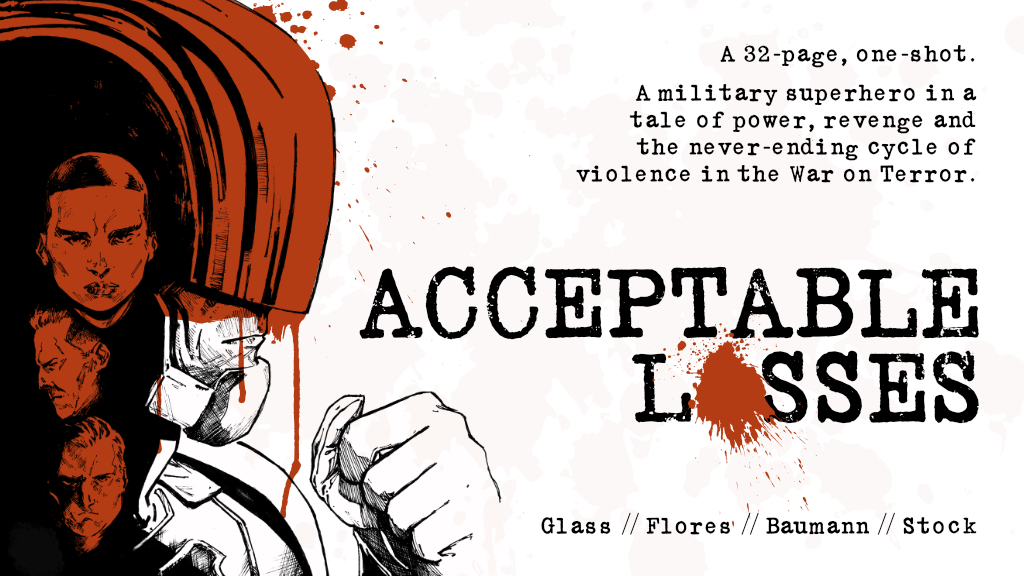 The campaign is raising funds for producing the comic and paying the creative team to bring this dark, thrilling vision into the world, and printing costs too.

Acceptable Losses follows the story of the US Eagle, the only superhuman operative in the world, on a mission to take down a terrorist cell. When the over-reaching ambitions of his commanding officers cause the mission to go completely off the rails, it starts a bloody path of revenge and murder that comes right into the heart of the US political home, Washington DC.

A thrilling and edgy story that explores what happens when our own heroes become the terrorists, Acceptable Losses will be a truly different tone and story to anything seen from Joe Glass before.

Acceptable Losses is raising funds on Kickstarter until December 20th, 2018. The comic is aiming for release in March/April 2019. There are a number of reward options available.

The link to the Kickstarter is here.