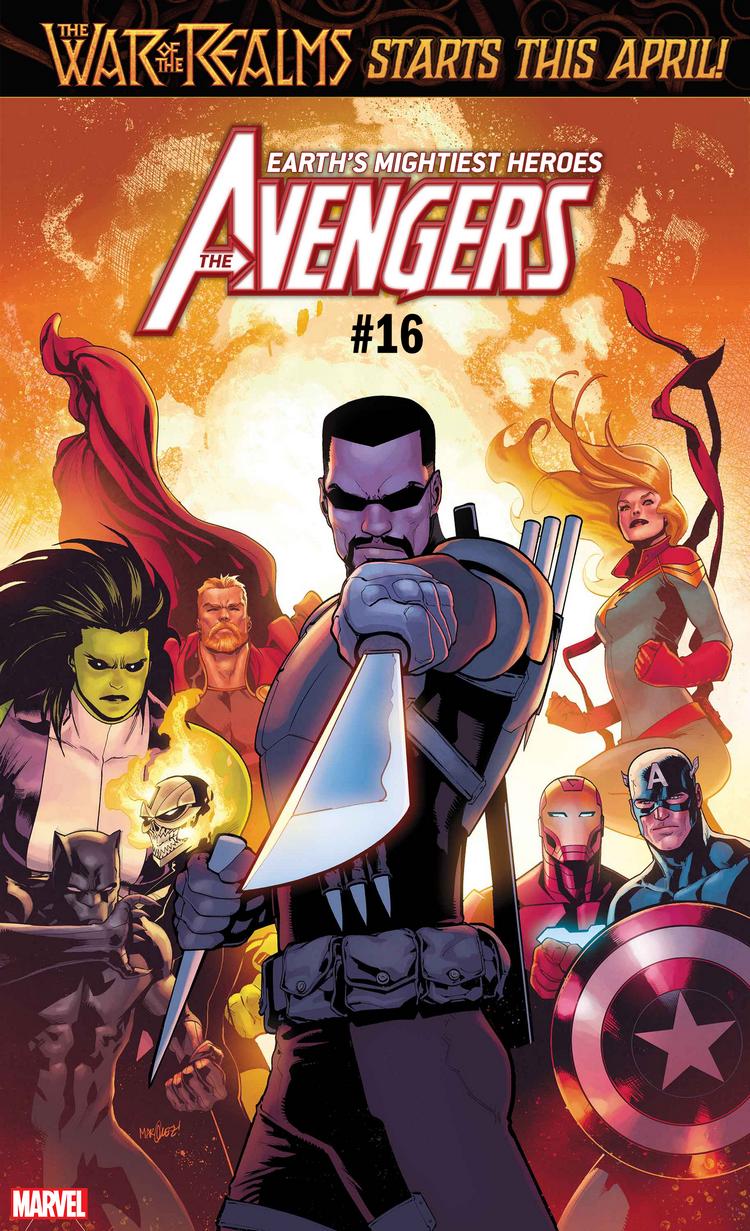 New York, NY—December 18, 2018—The War Of The Realms is coming…and no corner of the Marvel Universe will be untouched! But before the award-winning creative team of Jason Aaron, Russell Dauterman and Matthew Wilson ushers in this epic event, Marvel invites you to journey on the road to the War of the Realms with some of the universe’s biggest heroes!

Join the Avengers as they battle the undead, who are vying for the title of the new Lord of the Damned! Hop into space with the Asgardians of the Galaxy as they encounter Ego the Living Planet! And in the final prelude to the War of the Realms, prepare for an invasion with Thor and Lady Freyja as they fight to keep Midgard safe from an initial strike by the Dark Elves…

THE WAR OF THE REALMS is coming, and it starts in March with these stories! Look for Marvel’s special “Road To” branding on the covers of these select issues! 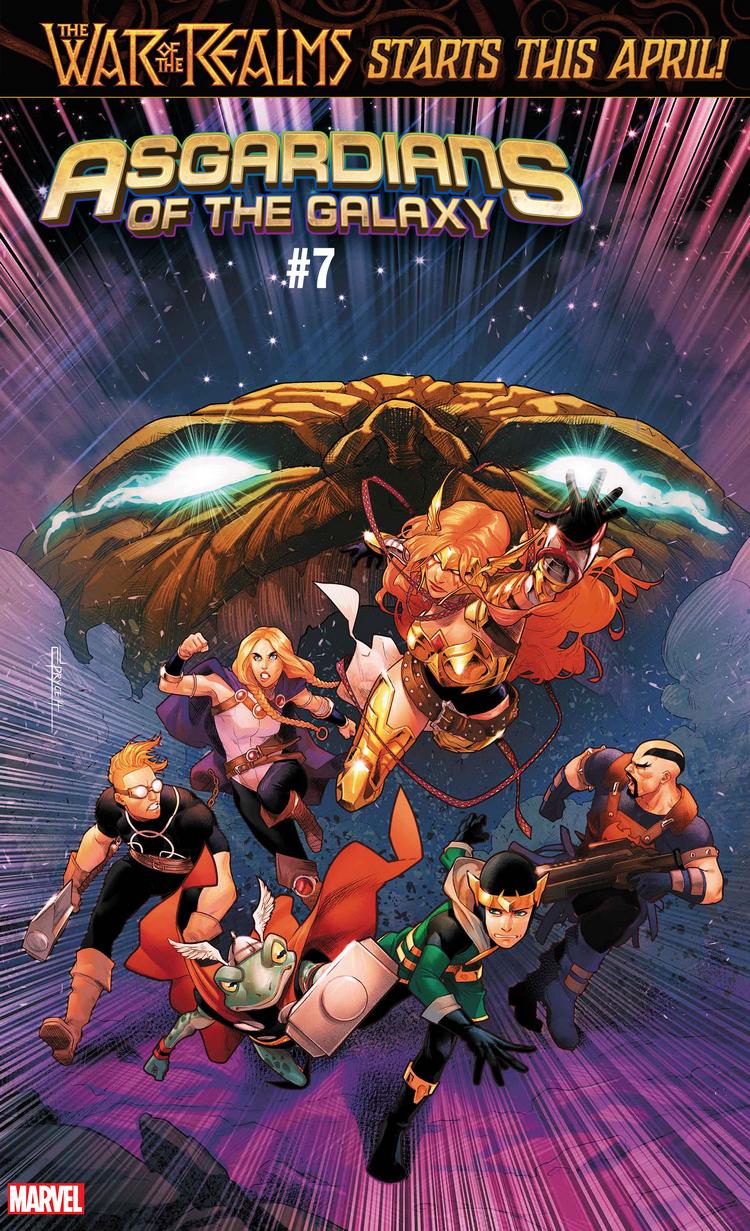 Asgardians of the Galaxy #7, cover by Jamal Campbell 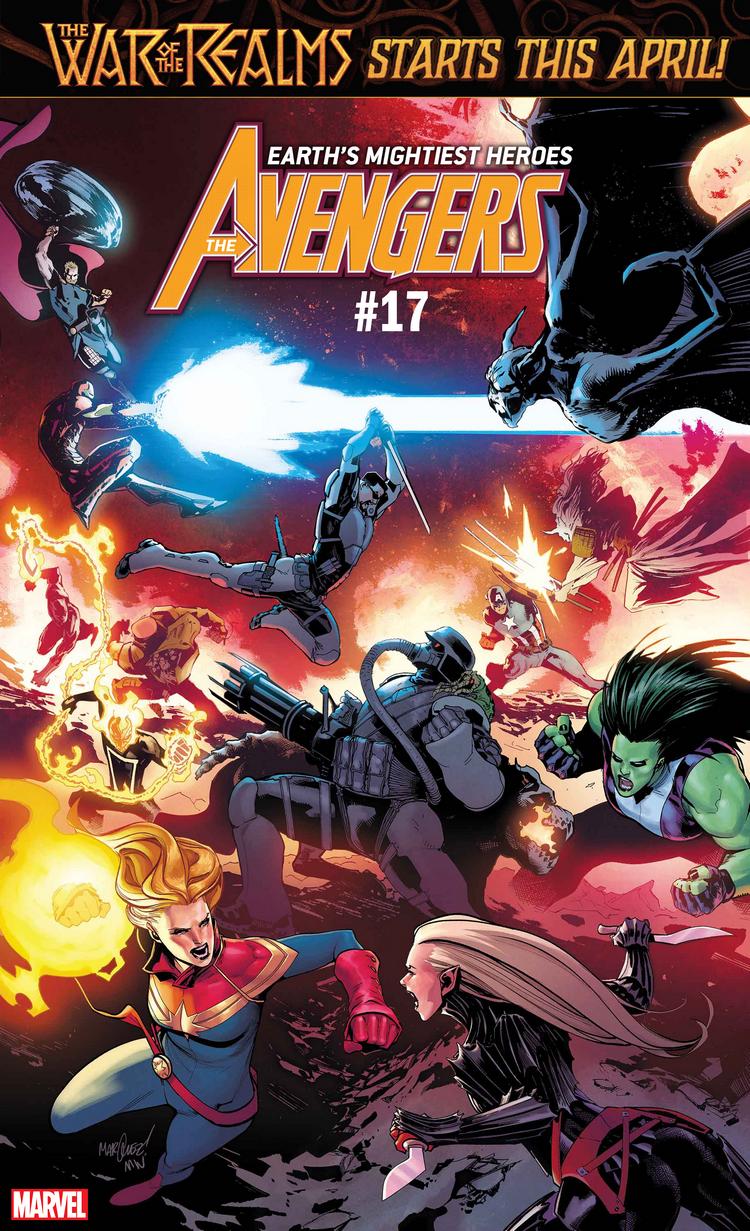 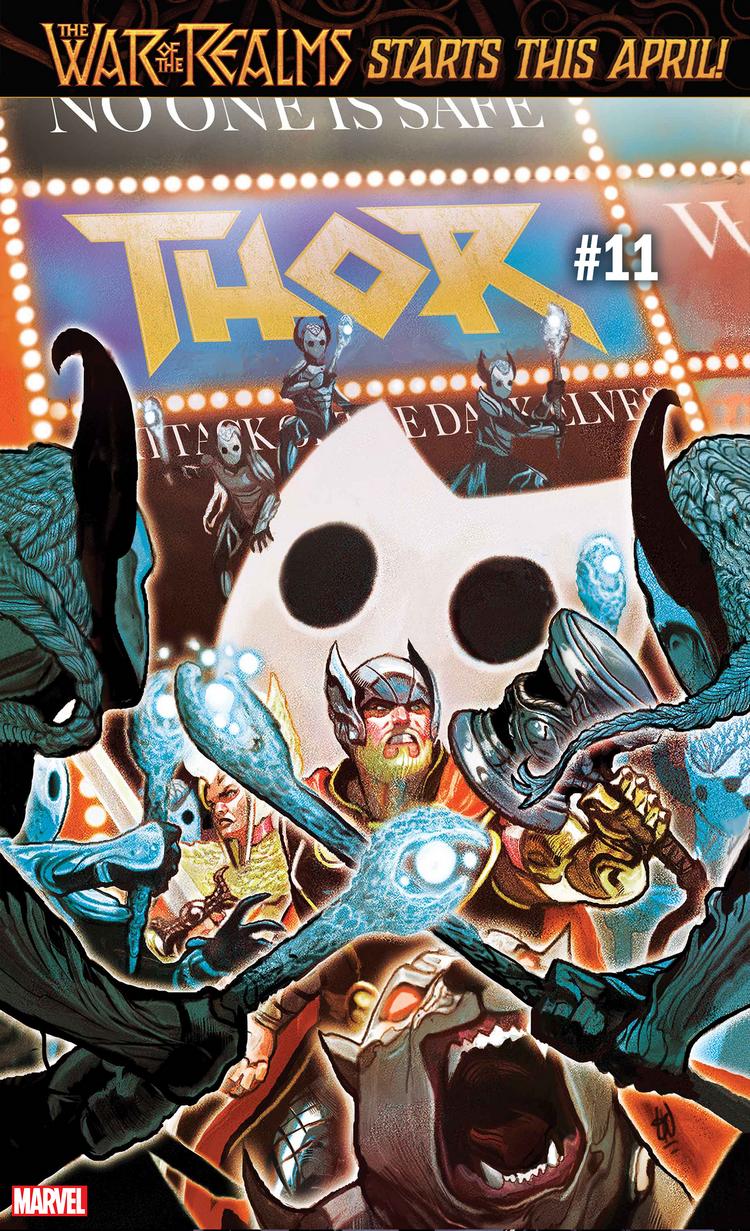