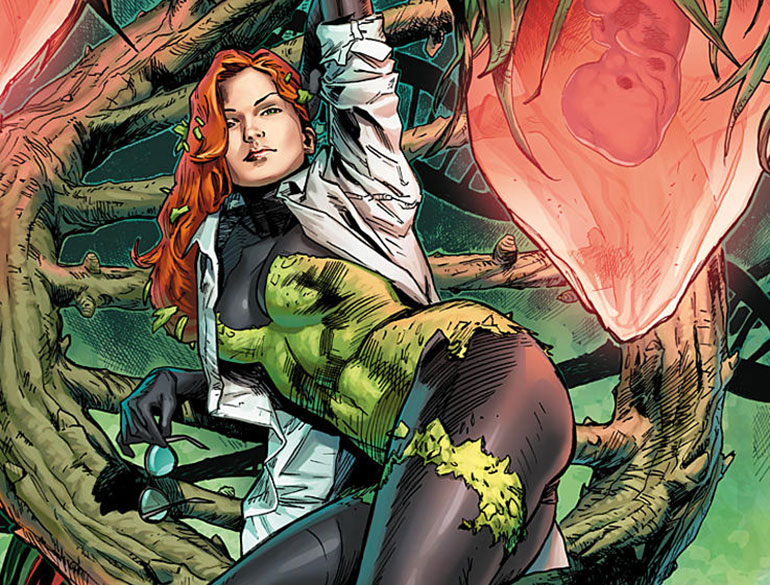 Way back in 1994, when I was around the age of 10, I remember watching the “House & Garden” episode of Batman: The Animated Series. The main focus of the story, which was written by Paul Dini and directed by Boyd Kirkland, was about how Pamela Isley (Poison Ivy) had been allowed to leave Arkham due to her therapy breakthroughs and that she had started a family. True, she had married her psychologist, Dr. Carlyle, but it seemed genuine.

Cue the ever-skeptical Batman discovering, among other things, that Pamela was using her marriage as part of a cover to steal. I’d say more about how her scheme involves (seriously, find the episode, it is fantastic), but the important thing comes from the ending. The final moments highlight that while Pamela escapes being caught, she was genuinely happy with the family she had momentarily become part of.

I want to bring up the “House & Garden” plot because it highlights something that has always stood out to me as being a key aspect of many Batman villains, that being: they’re hurt people who don’t want to be doing what they’re doing all the time, yet they don’t really have other ways of ‘being’ for various reasons ranging from situations beyond their control to psychological traumas. 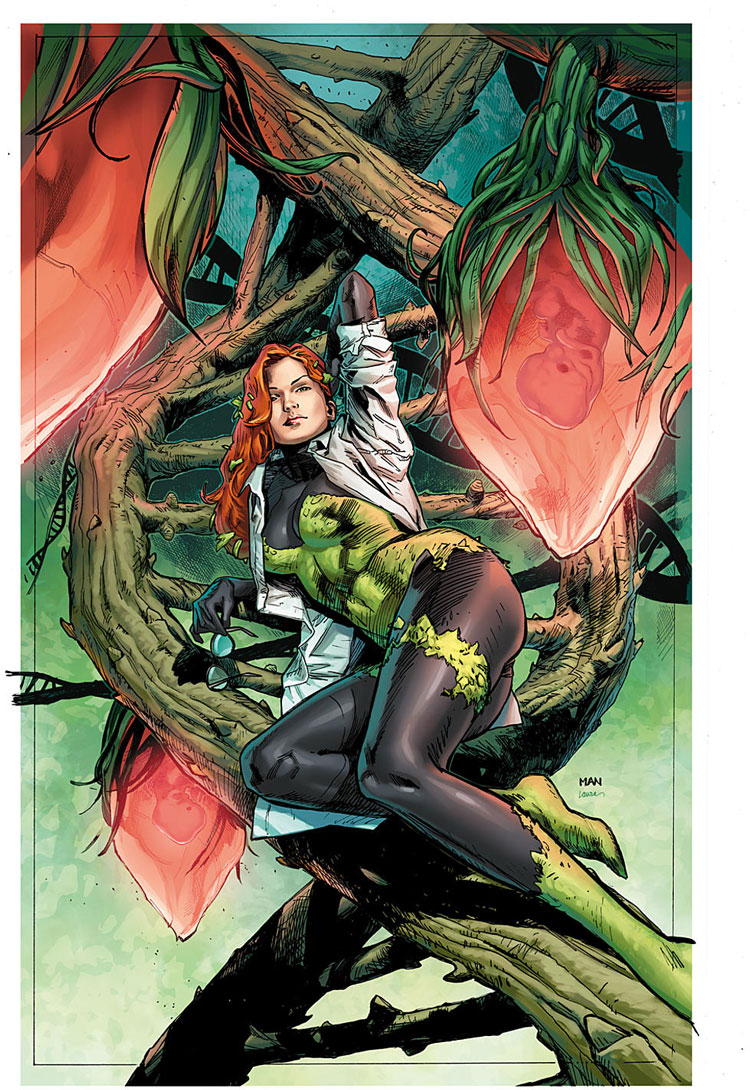 Obviously, yes, some writers have been more than happy to focus on just, say, Victor’s criminal tendencies for freezing victims rather than mining his tragic backstory with Nora. It is always the writer’s prerogative to tell the story that they find most compelling with all the tools they have at their disposal. Some want to pick up with “psychological issue” paintbrush to color their story in addition to the “violence as a progressive means to plot” paintbrush.

Nobody is saying, or at least, I am not saying that, writers cannot craft their story in the way that suits their goal. At some point, I imagine, Paul Dini wanted to present Pamela as a compelling character and one way to do that was to ask “what does she want, deep down, and what might cause her to be unable to acquire it?” “House & Garden” presented a view of Pamela that sticks with me to this day.

If we can accept the idea that Poison Ivy, as just one example out of the myriad of DC villains, is capable of being handled in a multi-faceted manner, I have to just ask: who thought she was more compelling as a dead figure than as anything else?

Who thought, having decided that ‘dead!’ was the most compelling means of advancing her story, that her death needed to be a cover?

Accepting that characters who are killed might come to rest in a state which looks painful, the proposed cover of Heroes in Crisis depicts a woman neither in agony nor distress. She is presented with an empty expression, yet her body is (as evidenced by her arched back and lifted hips) active. She has used the last of her strength to present a symbol to the reader that pushes the Heroes in Crisis plot forward. 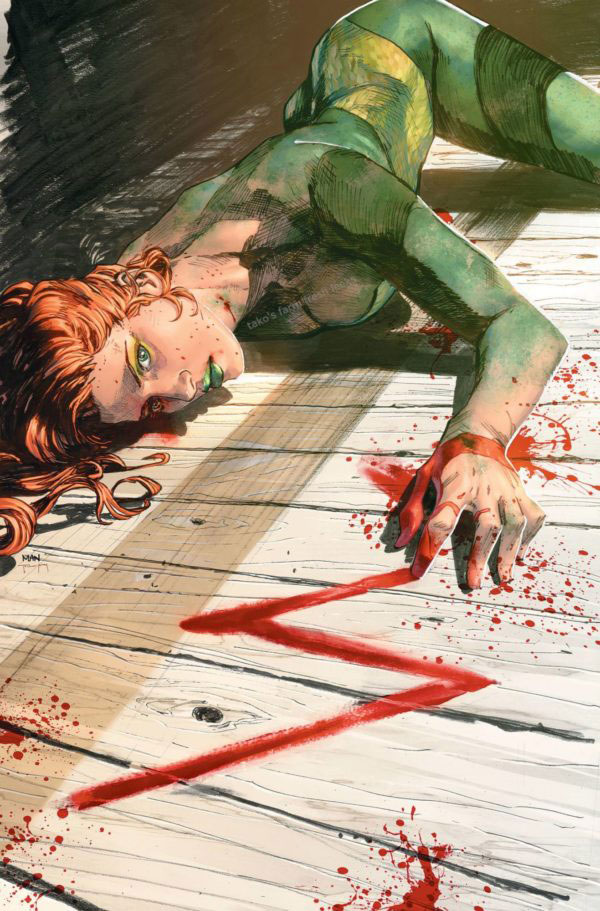 Her death, unfortunately, hints that it was to serve no other function than the advancement of the narrative.

This is exactly the kind of thing that makes readers become engaged, and I am aware that conflict makes people aware of a story, but it also hints at issues of empathy and concern. I say this because, with Pamela in particular, there has obviously been a deep fan investment in her redemption. Even back in 1994 it was clear that Ivy was a character who wanted connections with others, hence why, (again!) even back in the 90s it was evident that her partnership with Harley was so appreciated.

It was a great story: two people find each other and become better. Maybe not completely better, they were still iconic antagonists back then, but it was and remains a moving issue. The status of Pamela’s slow reversion from criminal to anti-hero, and even to reluctant hero, has been the major defining role of who Pamela ‘is’ within the DC universe. 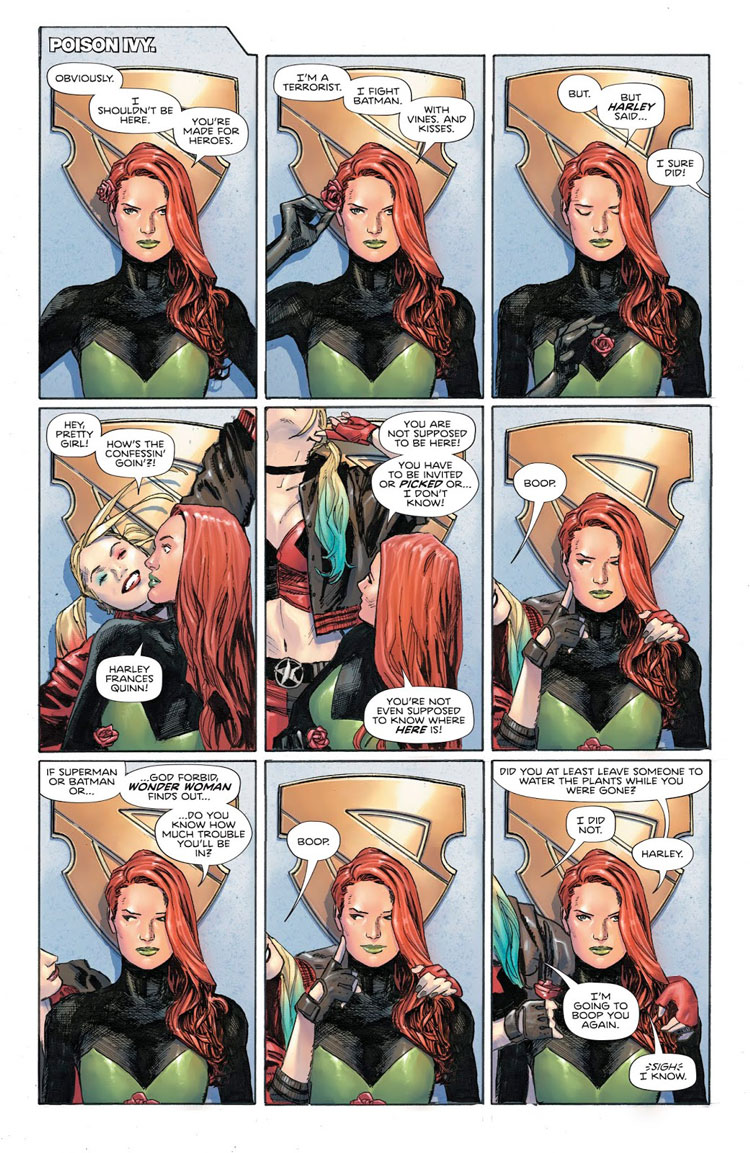 Another weird thing to consider is, even back in the 1960s, Pamela has been defined by an origin story involving a man trying to murder her. In her debut issue from the 60s it was her criminal accomplice, Marc LeGrande, who poisons her. After the events of Crisis on Infinite Earths, Neil Gaiman (I suspect simply wanting to maintain the ‘theme’ of her origins from the 60s) had Dr. Woodrue be responsible for her transformation.

This isn’t to say something along the lines of “men being responsible for Ivy’s condition” is the problem, it is that there has clearly been a narrative trend in making what happened to Ivy be more than just turning her into a criminal. It has been a long process across many decades and it has involved writers making both conscious and possibly unconscious choices.

There has been writers and animators who, hey, just want Ivy to look hot in a petal-bikini and kill people, but it seems that there was more to be gained from making her not a hardened criminal. I am also not saying her heel-turn needed to have been something immediate, but it was a process that seems to have been purposefully terminated.

Notice that what isn’t on this list is the color of Ivy’s skin and/or costume. 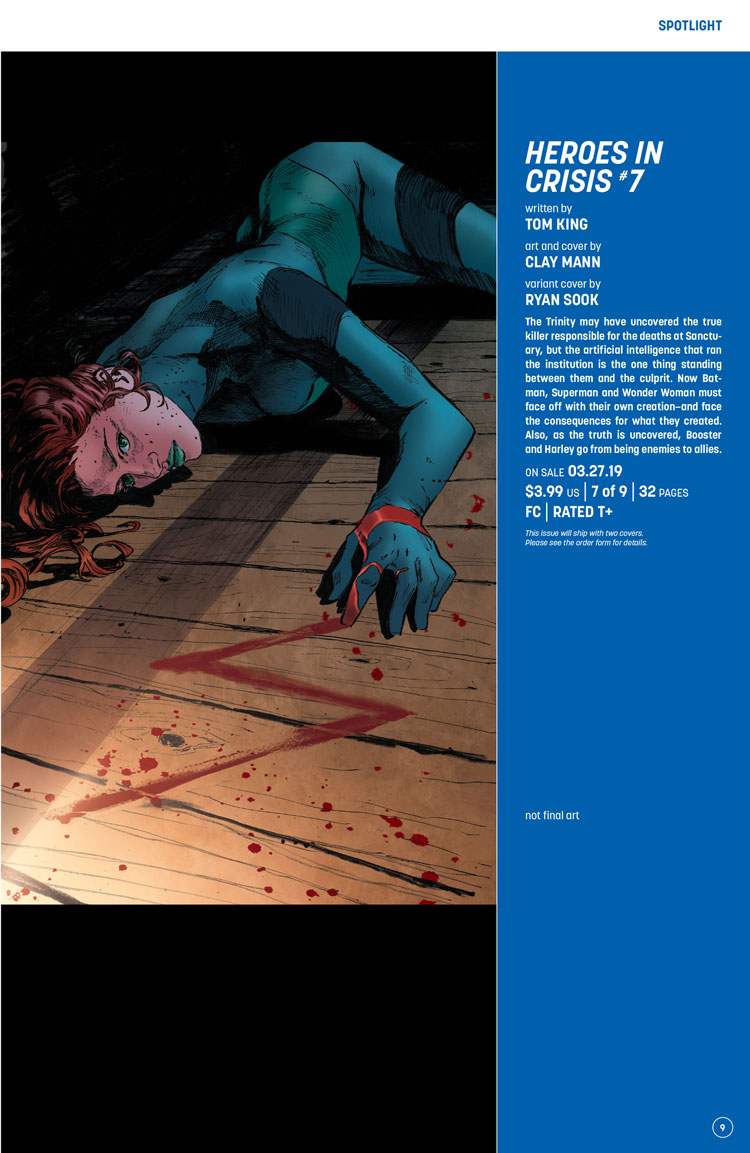 This doesn’t really… change anything?

Would I have had the same response if, say, another character had been killed?

I suspect not because, first, if the character had been male I suspect (with 99.9% conviction) that they’d not have been posed by artist Clay Mann in the manner in which Pamela was. Second, I don’t know who ‘should’ have been offered up instead and even thinking about that forces me, the reader, to think about who I’d ‘want’ to see dead. Readers should not be put into the position of asking “would you rather …” because we’re not in control of the narrative. We can only provide such answers in a vacuum, and often the answers turned to would be for poor reasons.

Ultimately, all I can respond to is this cover, with this context (such as it is), and with the history of the character being what it is. I am not saying comic writers need to have empathy for all their characters because, well … not everyone makes it out alive in these plots. I really hope I don’t come across like I am arguing making a point that nobody should die in a comic, but I am addressing this issue, with this character, because the empathy that has been invested in her development has been ignored. 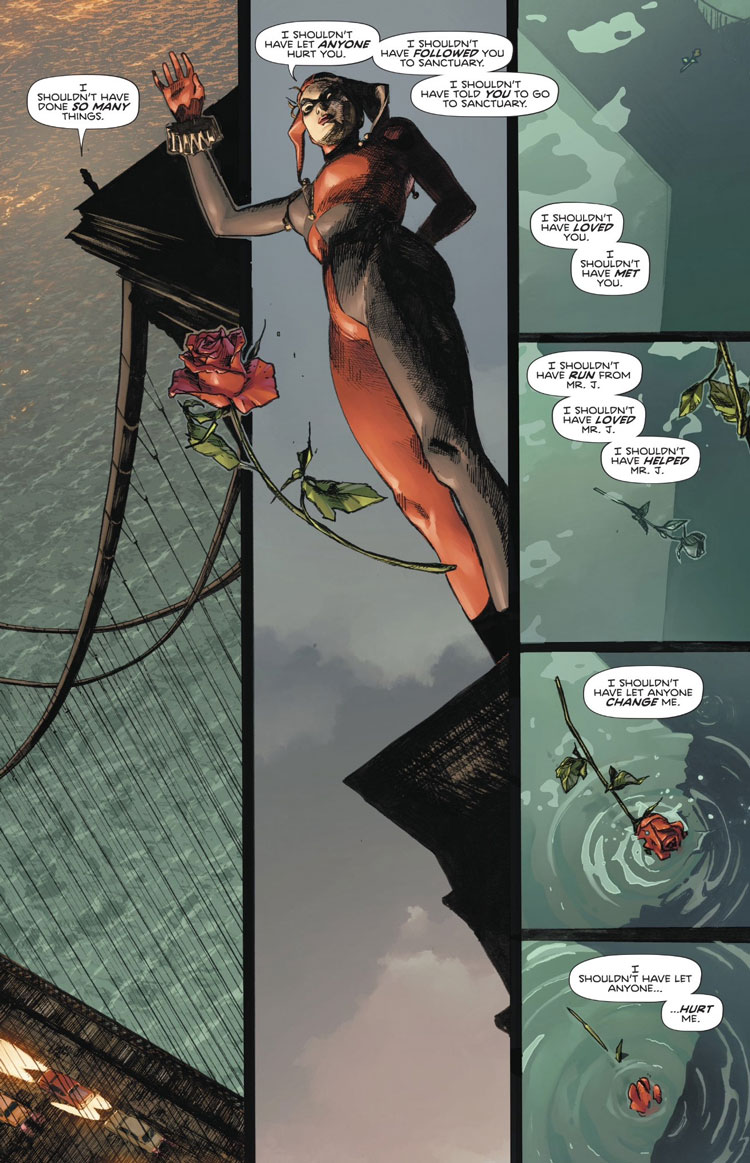 Tom King wrote a whole story in Batman about Ivy and Batman and Harley coming together to address ‘what’ should be done about her role in society. This story, called “Everyone Loves Ivy,” ultimately served one goal: get Pamela into Sanctuary. I even reviewed the penultimate issue in that storyline and ranked it highly. King wrote about this back when those issues came about, thus I am left with two seemingly logical issues to address.

2) King wrote the story he did and somebody else decided that, regardless of what King set up, she was killed anyway

Both of those options, frankly, make me sad.

I am certainly open to the possibility that, hey, something could happen to undo the chronological events of what has lead to the Sanctuary massacre, but it still feels distasteful that anybody reduced Pamela to a sexualized signpost only meant push the story along.