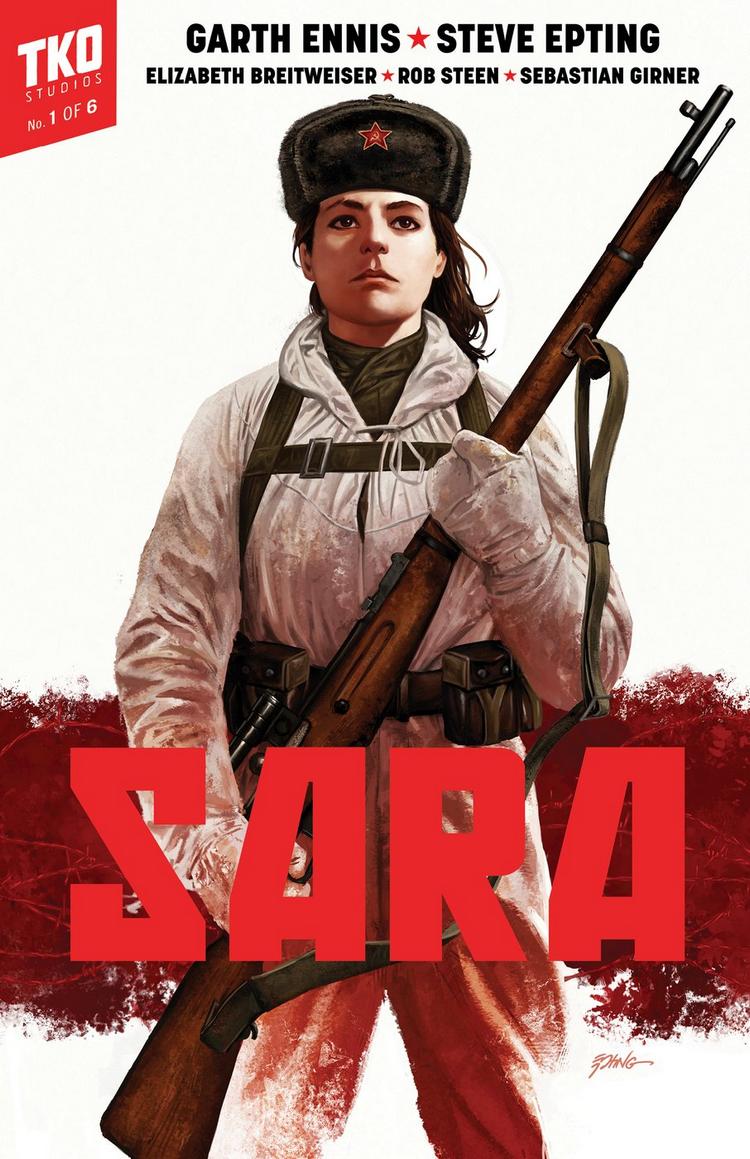 TKO Studios, based in Los Angeles and New York, has launched their first 4 mini-series, check out details below!

SARA is an action-packed story of a young Russian sniper and the other women of her squad as they beat back the German invaders of their country during the grim winter of 1942-3. Their motto: “Fight hard. Shoot straight. Don’t let them take you alive.”

SARA was inspired by true events of a real female sniper squad that operated on the WWII Eastern Front. The Russian Army preferred the use of female snipers because they found them to be more patient than male snipers. 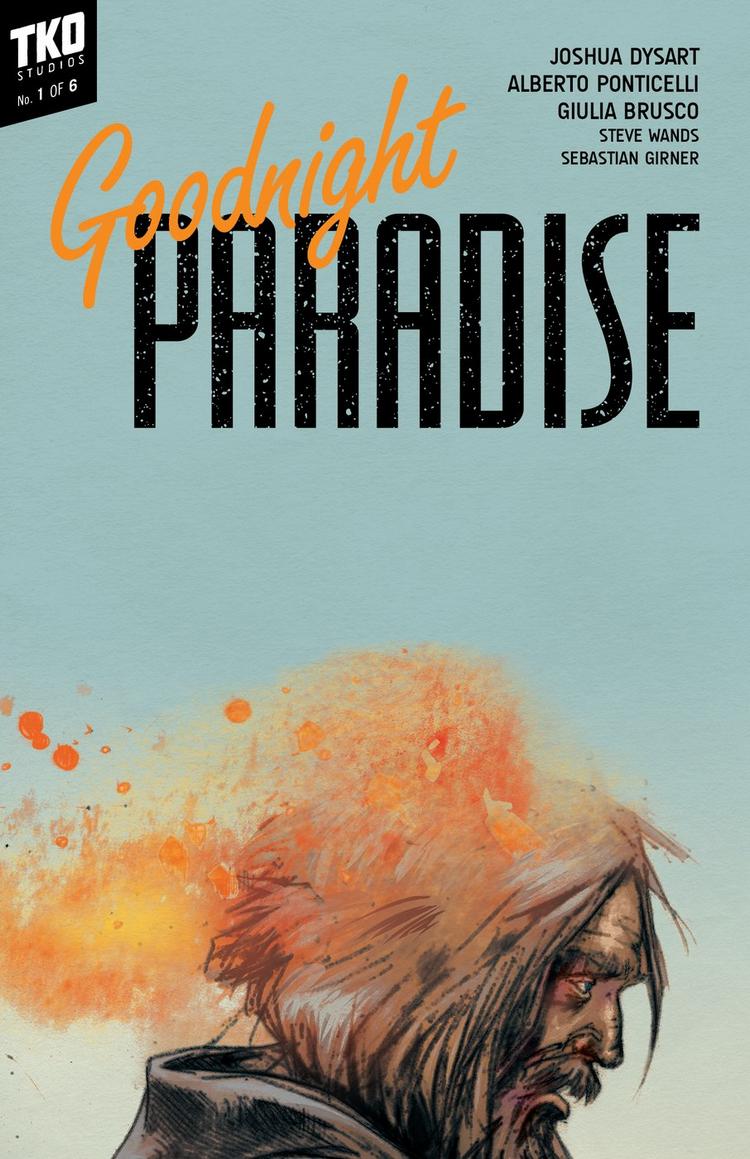 After his discovery of a murdered runaway teenager, homeless Venice man Eddie Quinones must explore the darkest truths of his town, where he finds he may be the only one who cares enough to solve the murder.

Writer Joshua Dysart calls the book “an attempt to explore a real place in a real moment in time through pulp fiction. A place that I called home longer than anywhere else on earth.”

GOODNIGHT PARADISE is created by the Eisner-nominated team Joshua Dysart & Alberto Ponticelli (Unknown Soldier). It is colored by Giulia Brusco (Scalped), lettered by Steve Wands, and edited by Sebastian Girner. 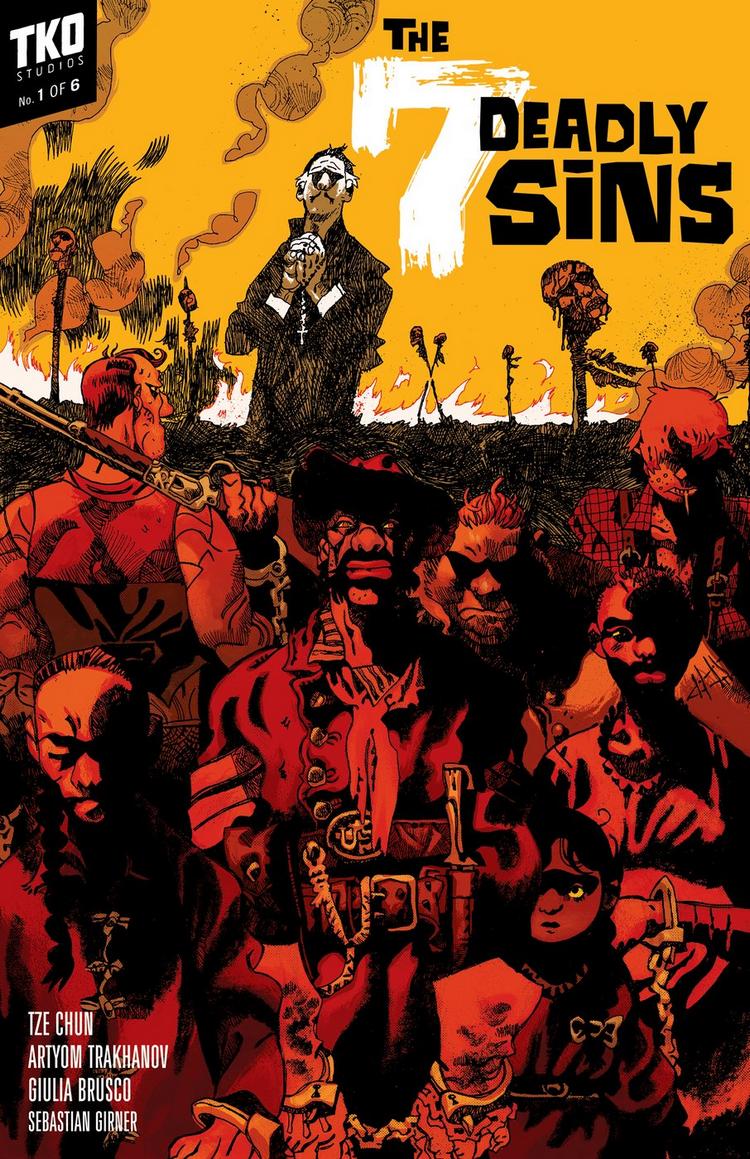 THE 7 DEADLY SINS is a gritty, violent Western following a diverse and unique group of death row criminals recruited by a Mexican priest to return a kidnapped Comanche war chief’s daughter to her tribe.

Led by an African American outlaw, the series is a bloody adventure story which deals with the politics of post-emancipation Texas in the years following the Civil War, when black slaves were technically “freed,” but still financially imprisoned as sharecroppers.

This six-issue miniseries is written by Tze Chun (Gotham, Once Upon a Time), drawn by Artyom Trakhanov (Undertow), colored by Giulia Brusco (Scalped), lettered by Jared Fletcher (Spider-Gwen), and edited by Sebastian Girner (Southern Bastards). 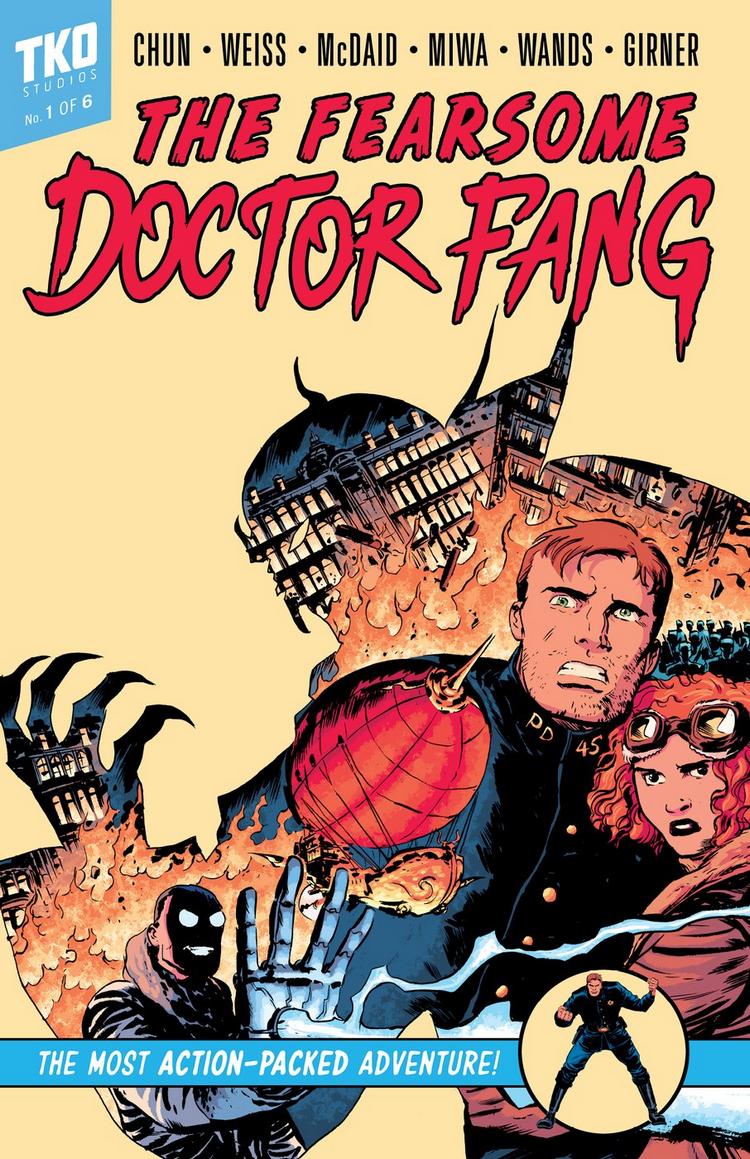 THE FEARSOME DOCTOR FANG is a globetrotting adventure set in San Francisco and Shanghai in 1906. When an occult artifact is stolen by dashing Chinese criminal mastermind Dr. Fang, San Francisco cop Nayland Kelly teams up with fast-talking treasure hunter Alice Lecroix to recover the item and bring Fang to justice.

“We wanted to create a story that subverted the Fu Manchu “yellow peril” archetype, and create a new kind of Asian hero audiences hadn’t seen before.” – Tze Chun

THE FEARSOME DOCTOR FANG is written by Tze Chun (Gotham, Once Upon a Time) and Mike Weiss (The Mentalist), drawn by Dan McDaid (Judge Dredd), colored by Daniela Miwa (Shaft), lettered by Steve Wands, and edited by Sebastian Girner.

TKO’s revolutionary new business model includes the first issue of all of their titles available as a complimentary download off their website. Additionally, all issues of the full 6-issue mini-series are available for immediate binge-reading. Upon release, readers can choose from three different formats: