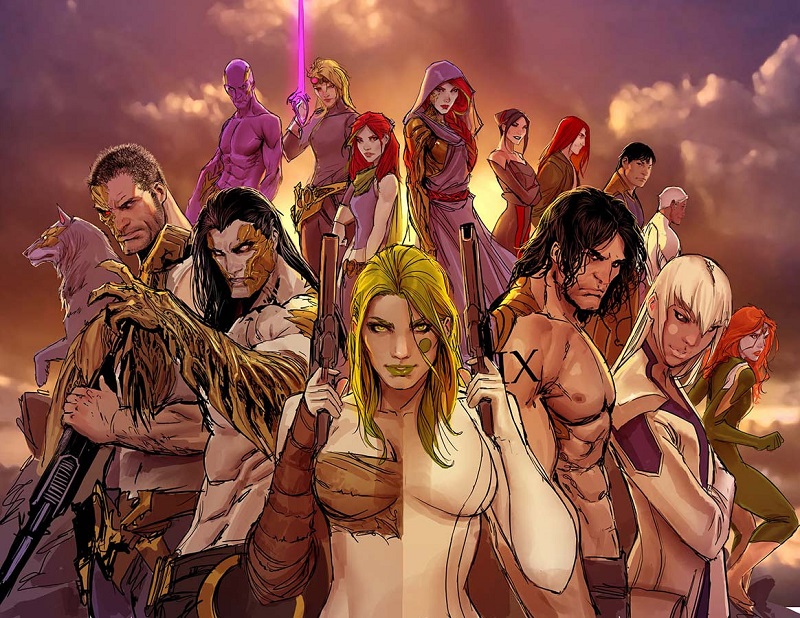 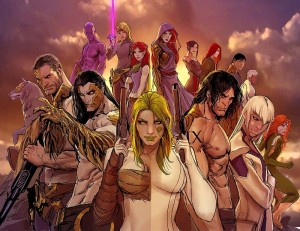 Top Cow is pleased to announce a double-sized crossover event unlike any before! Coming July 2, APHRODITE IX/CYBER FORCE #1, written by Matt Hawkins and with art by Stjepan Šejić, will begin a crossover spin-off series that fans won’t want to miss.

Two teams, seven centuries apart, united by one woman’s diabolical plan. The Chairwoman from CYBER FORCE and APHRODITE IX had a plan to recreate the world in her children’s image. Things didn’t go as planned. Featuring the present day team of Cyber Force and the 28th century Aphrodite IX, this story lays the origins of the new comic series IXTH GENERATION, launching in 2015.

“When Marc Silvestri and I sat down to talk Cyber Force two years ago we were building up to this eventual connection between Aphrodite IX and Cyber Force,” said Hawkins. “This book is a self-contained oversized one shot that will explain who all these characters are and their importance to each other and to the Artifacts side of the universe as well. We’re not looking to overburden it with continuity, just show tangentially how they relate.”