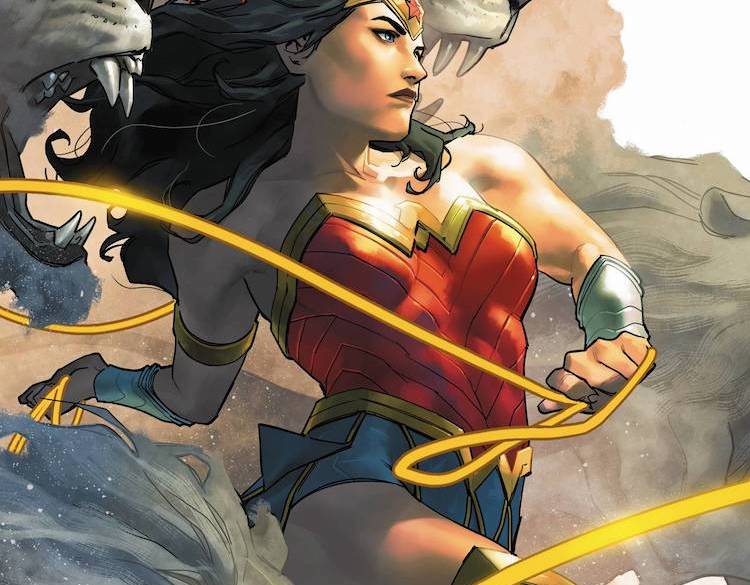 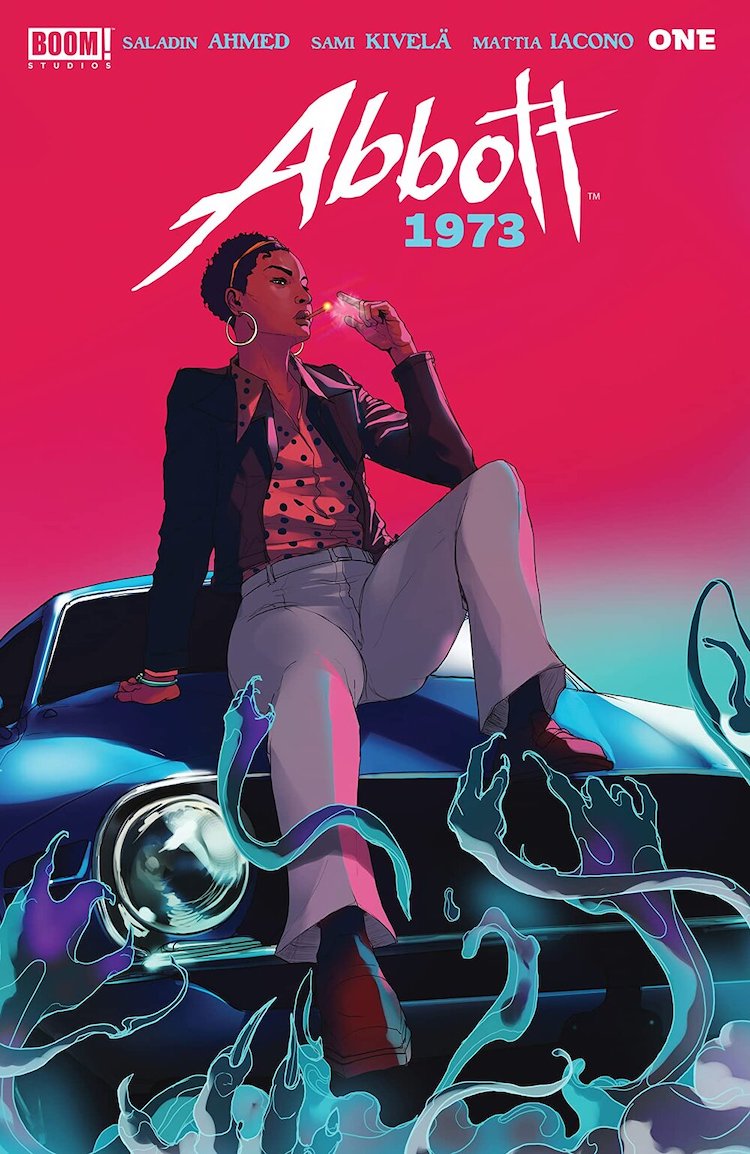 The publisher says: Elena Abbott is a tough-as-nails reporter with growing powers, but can she save the soul of an entire city?

It’s 1973 and Abbott’s focused on the most important election in the city’s history.

It will take everything she’s got to find who (or what) is using dark magic to sabotage the campaign of the prospective first Black mayor of Detroit and stop them dead in their tracks.

What I say: Abbott’s back, and if you don’t know who she is…then what the hell are you waiting for? Go grab the first volume, devour it, and then you won’t have to suffer the arduous wait for the next tale, CAUSE IT IS RIGHT HERE. 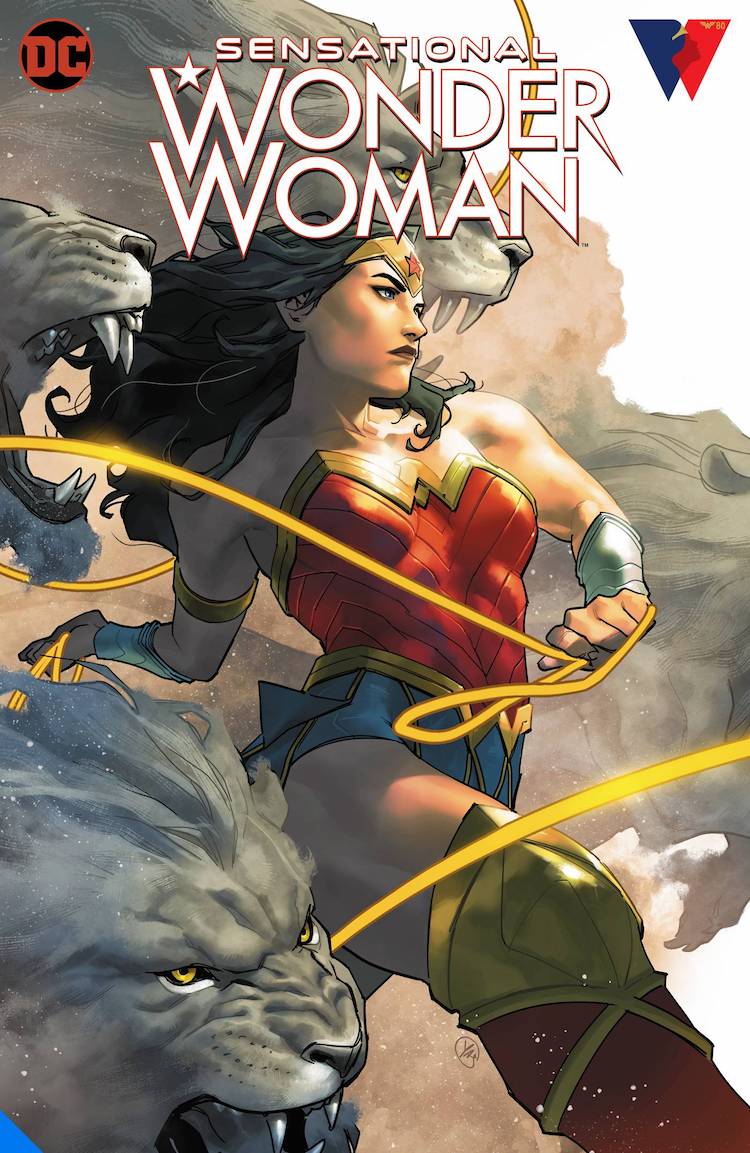 A combination of fan-favorite storytellers and trailblazing fresh voices and artists come  together in this reader-friendly, high action series is poised to deliver dynamic, standalone stories that are free of continuity, giving hardcore fans even more Wonder Woman action to love and new fans a fun starting point to enjoy stories and provide a gateway to discovering more about Princess Diana.
During a battle with the villain, Wonder Woman sacrifices herself to stop him, the impact from his psychic blast trapping her in an alternate reality. With the help of guest-star Hawkgirl, Diana must remember who she is before it’s too late. Diana teams up with other allies from the Wonder Woman mythos, such as Cheetah, Steve Trevor, Hippolyta, Wonder Girl and others along the way.

What I say: The word “icon” isn’t big enough to properly encapsulate the gravitas that Wonder Woman has, and she’s one of the most amazing characters in comics to see a creator deep dive, shallow dive or really any character study of her. She is so multi-faceted and what better way to celebrate her 80th anniversary than seeing what a diverse set of voices have to say about Diana today. 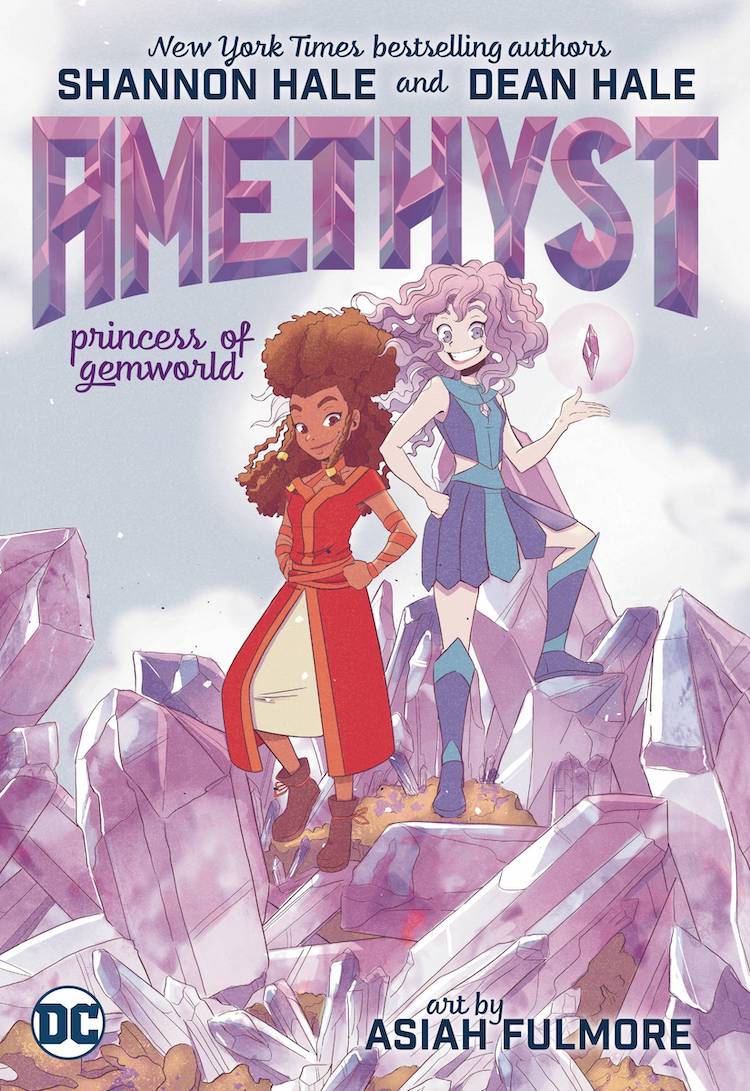 What I say: “Traditional” (I hate that word, but I wasn’t sure what else to say) comic readers may not know Shannon Hale & Dean Hale, but they need to look up their names and recognize some brilliant work! Titans of the middle grade space bringing Amethyst to a generation of younger readers? YES, PLEASE. 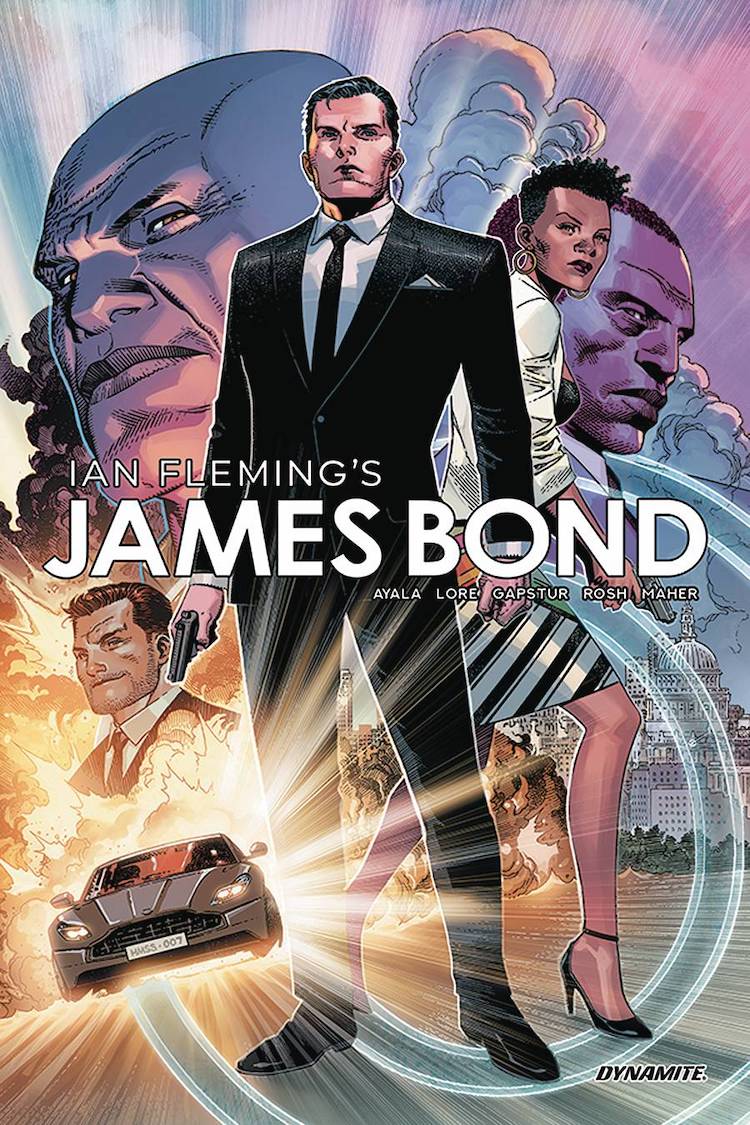 The publisher says: When a priceless piece of art is found to be fake, investigations lead down a rabbit hole of international crime and corruption. But what the hell does James Bond know about the world of art forgery?

Agent 007 is a loner, by nature. But finally, he accepts that he needs help. But will trusting someone else help his mission…or lead to the deaths of innocents?

What I say: So, apparently, there’s like a new James Bond movie or something? And a shiny new hardcover written by star writer Vita Ayala is dropping at the same time? Coincidence? I THINK NOT. But I also don’t care. 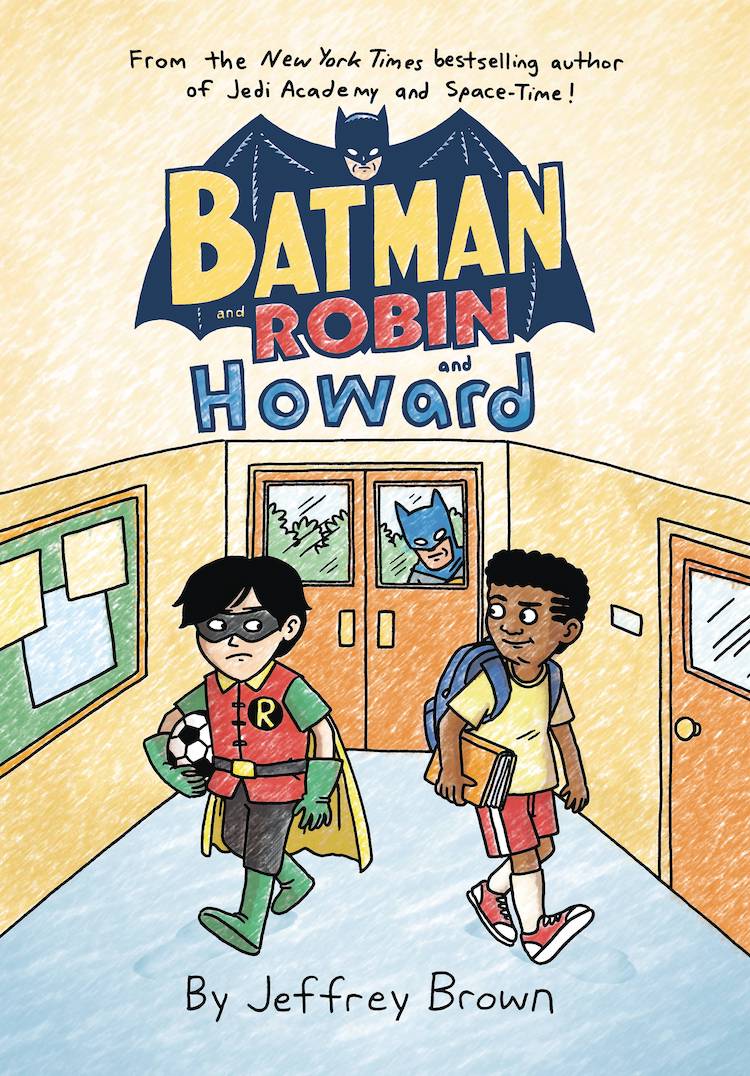 What I say: DC, you’re killing me with the “middle grade titans throwing down an irresistible tome of glory” this week! Jeffrey Brown is well known for his Star Wars: Jedi Academy, Goodnight Darth Vader and Lucy & Andy Neanderthal series, and this is priming to be another stellar addition to a brilliant stable of work. 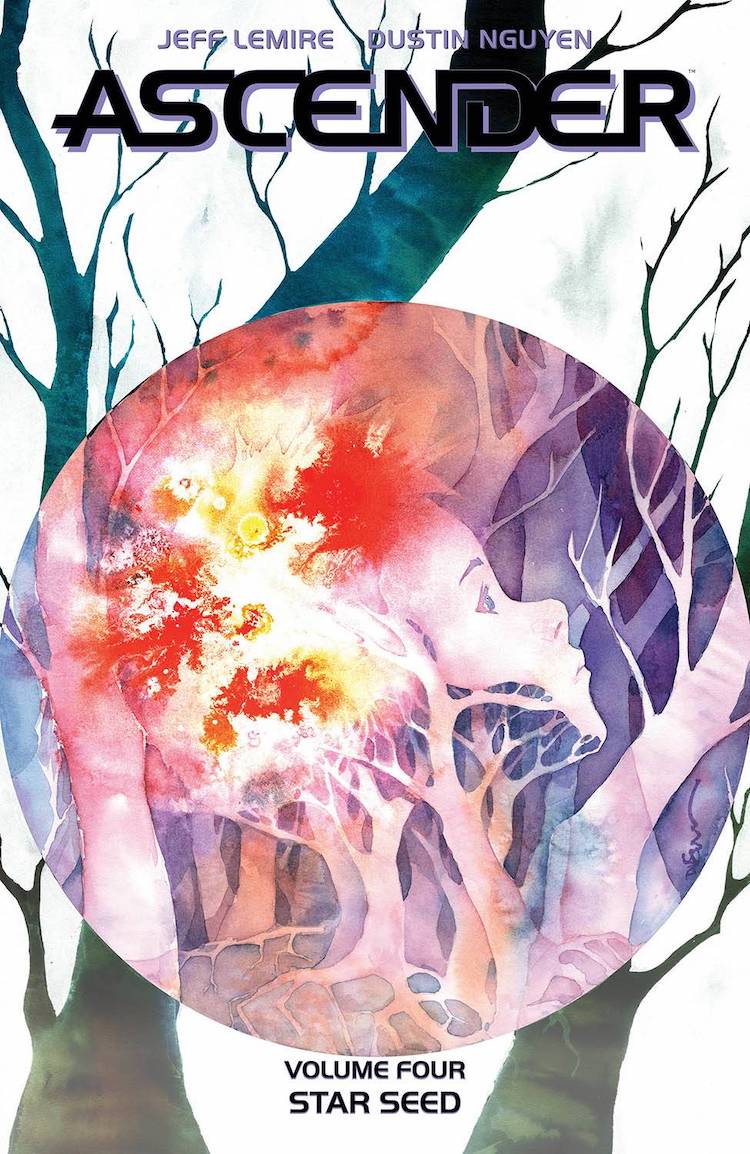 What the publisher says: The epic space fantasy saga from creators JEFF LEMIRE and DUSTIN NGUYEN that began in the pages of DESCENDER comes to a spectacular conclusion!

As Mother rallies her forces to wipe out the resistance, our heroes meet an old friend who reveals the untold secrets of the universe. With the fate of all things hanging in the balance, who will remain standing when the forces of magic and technology collide?

So sayeth I: The concluding volume of the Ascender series caps off a collaboration that started in 2015 with the Lemire & Nguyen’s Descender, and to crank out a space fantasy at this level for this long is worthy of a standing ovation in the creator-owned comics space!