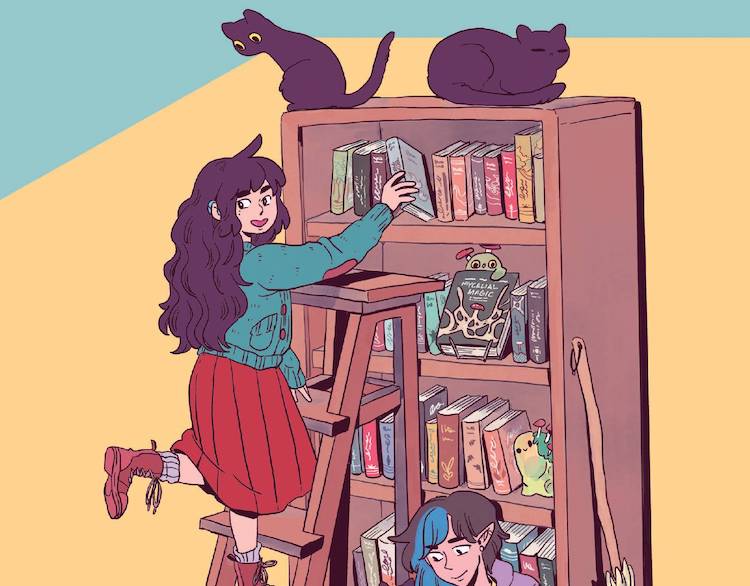 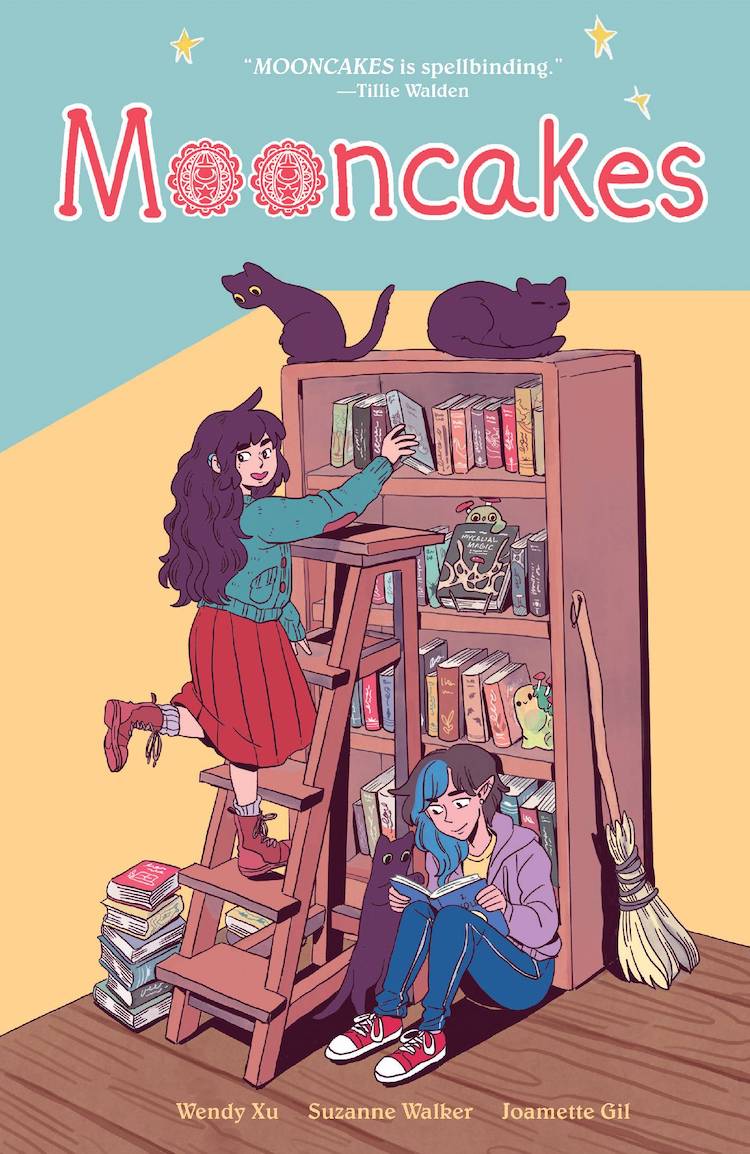 What the publishers says: The brand-new deluxe edition of Mooncakes features never-before-seen content from the bewitching graphic novel by Suzanne Walker and Wendy Xu. Perfect for any collector’s bookshelf, the new edition comes in a deluxe hardcover package featuring a new cover and bonus content, including an introduction and behind-the-scenes development art and writing.

A story of love and demons, family and witchcraft. Nova Huang knows more about magic than your average teen witch. She works at her grandmothers’ bookshop, where she helps them loan out spell books and investigate any supernatural occurrences in their New England town.

One fateful night, she follows reports of a white wolf into the woods and comes across the unexpected: her childhood crush, Tam Lang, battling a horse demon in the woods. As a werewolf, Tam has been wandering from place to place for years, unable to call any town home. Pursued by dark forces eager to claim the magic of wolves, and out of options, Tam turns to Nova for help. Their latent feelings are rekindled against the backdrop of witchcraft, untested magic, occult rituals, and family ties both new and old in this enchanting tale of self-discovery. 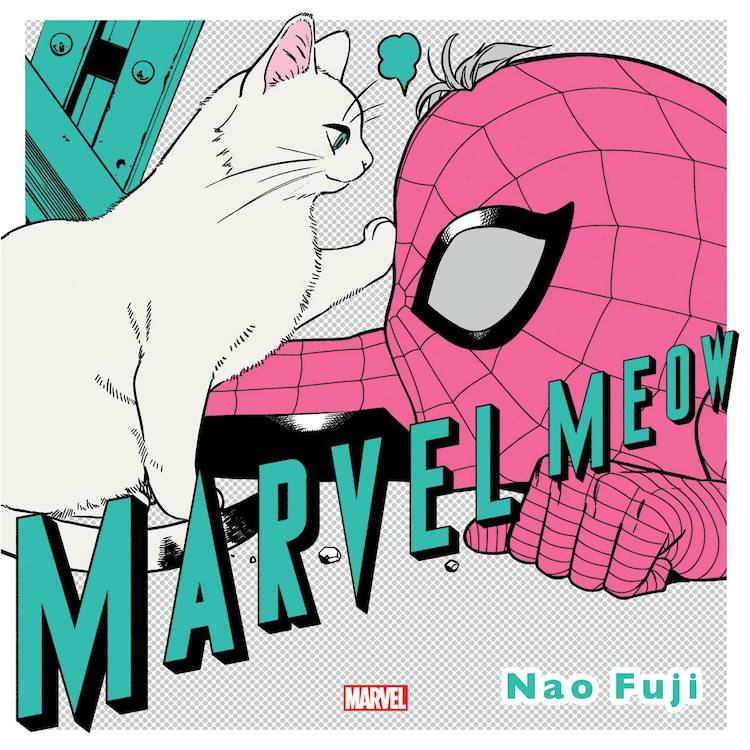 What the publishers says: Join Captain Marvel’s pet, Chewie, as she wreaks havoc in the lives of Marvel’s most popular characters!

Gain a new perspective on beloved favorites such as Spider-Man and Iron Man, formidable villains including Thanos and Galactus, and antiheroes like Deadpool, as they all become the playthings of this capricious “cat” creature.

Originally shared on Marvel’s official Instagram, these comic strips have been collected with all-new content into a gift book that will delight Marvel and cat enthusiasts alike!

What I say: CHEWIE. HARDCOVER CHEWIE. Apparently, this is the “Trade Waiting” where I just describe books as a single all-caps word? Whatever. Sometimes the situation creates the response. 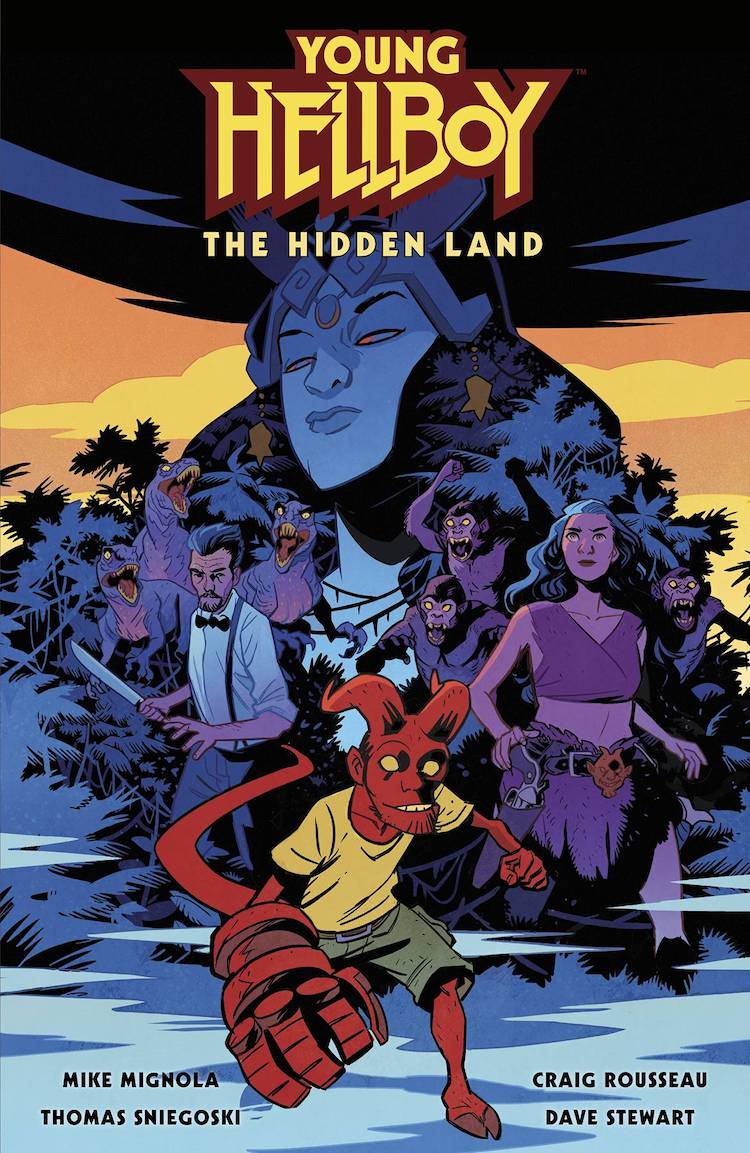 What the publishers says: Even when Big Red was little, he had no shortage of daring adventures. Join Hellboy creator Mike Mignola as he teams with writer Tom Sniegoski, artist Craig Rousseau, and colorist Dave Stewart to bring you a tale of Hellboy’s childhood, collected in a gorgeous hardcover edition!

Stranded on a strange island after a mishap on their way to a South American dig site, Hellboy and Professor Bruttenholm are confronted by all manner of monsters on land, sea, and sky! A stranger who rescues them turns out to be one of Hellboy’s heroes, but they still aren’t as safe as they think they are! An old evil that the island protects is about to reawaken, drawing Hellboy and his new allies into a desperate battle!

What I say: They had me at “Even when Big Red was little” – I’m a sucker for this character, always have been, and I don’t care if you give me stories about when he’s young, old, in Hell, or anywhere in between…I’m interested. 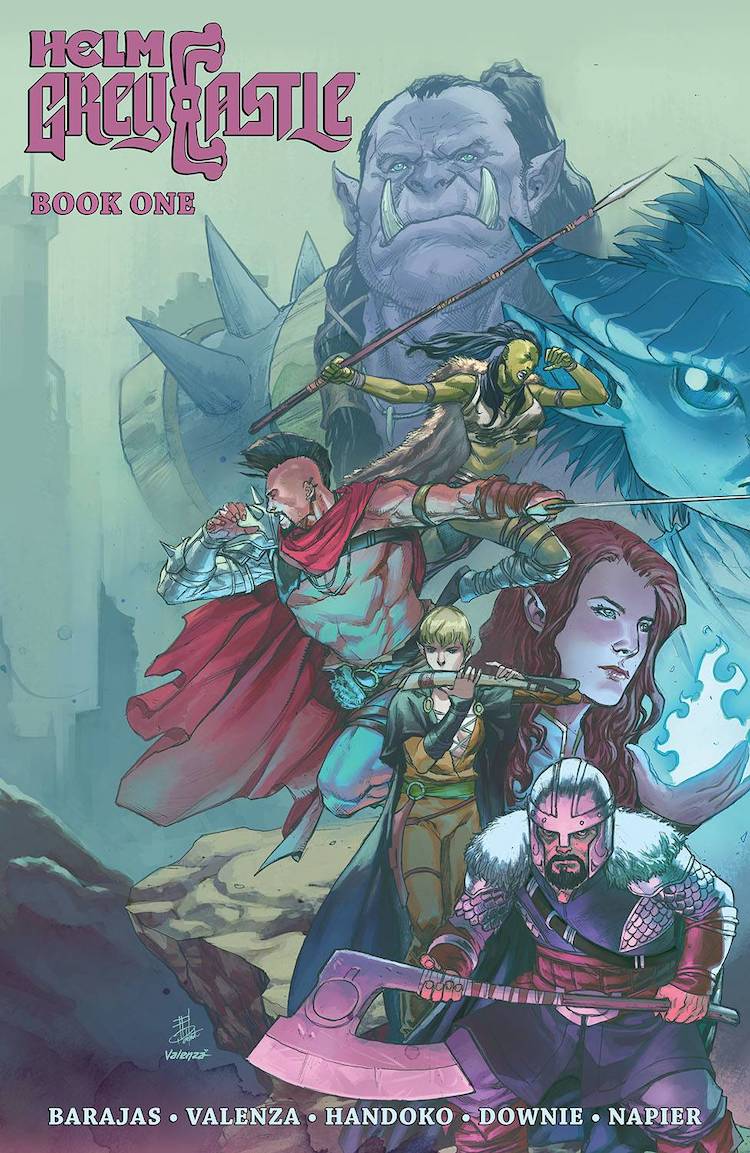 What the publishers says: New Latinx fantasy by HENRY BARAJAS, author of the critically acclaimed (LA VOZ DE M.A.Y.O.: TATA RAMBO). The last dragon prince has been abducted – kept prisoner by an unknown threat: AZTEC MEXICA! Helm Greycastle and his outsider comrades are here to save the prince – but are recruited by a resistance plotting to overthrow Montezuma. Will Greycastle help save the people of MEXICA or save the dragon prince and flee?

What I say: Bring me sweeping, epic fantasies! And bring me them as described: a Latinx fantasy! I’m all for bold takes that are new to me in any genre, especially fantasy comics! 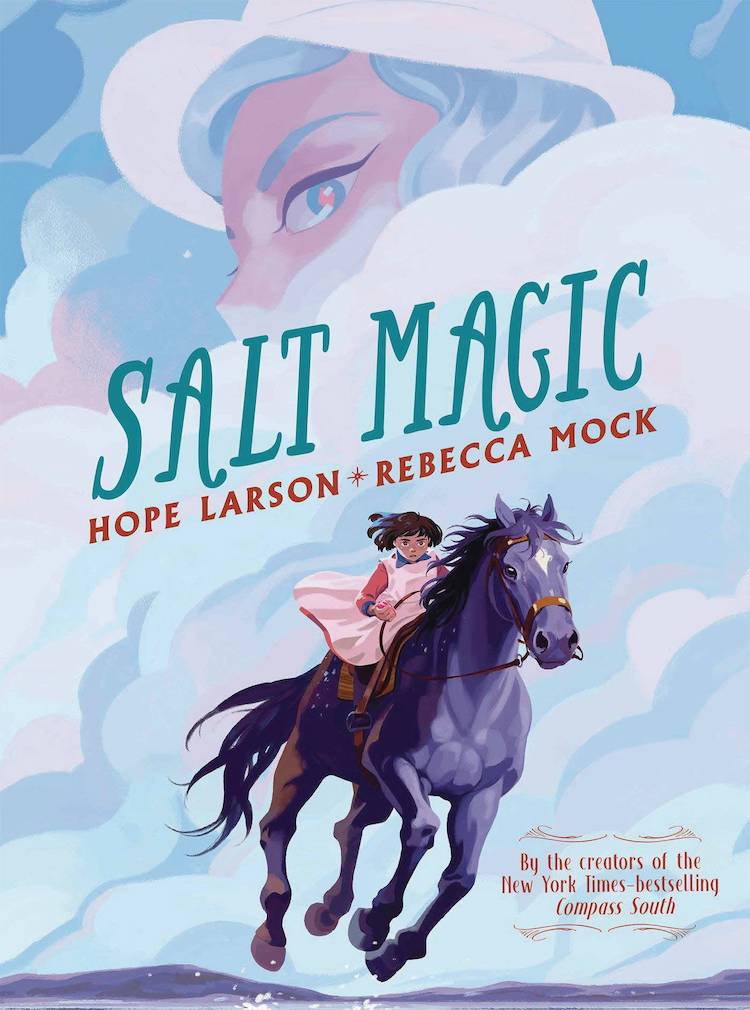 What the publishers says: When Vonceil’s older brother, Elber, comes home to their family’s Oklahoma farm after serving on the front lines of World War I, things aren’t what she expects. His experiences have changed him into a serious and responsible man who doesn’t have time for Vonceil anymore. He even marries the girl he had left behind. Then a mysterious and captivating woman shows up at the farm and confronts Elber for leaving her in France. When he refuses to leave his wife, she puts a curse on the family well, turning the entire town’s water supply into saltwater. Who is this lady dressed all in white, what has she done to the farm, and what does Vonceil’s old uncle Dell know about her? Available in softcover and hardcover editions.

What I say: I see “Hope Larson” and I see “must read”. Ever since her I first read her work on Goldie Vance and her Batgirl run, I’ve really enjoyed Larson’s storytelling style. Give me a story written by her with the synopsis above, and yeah, I’m gonna be there. 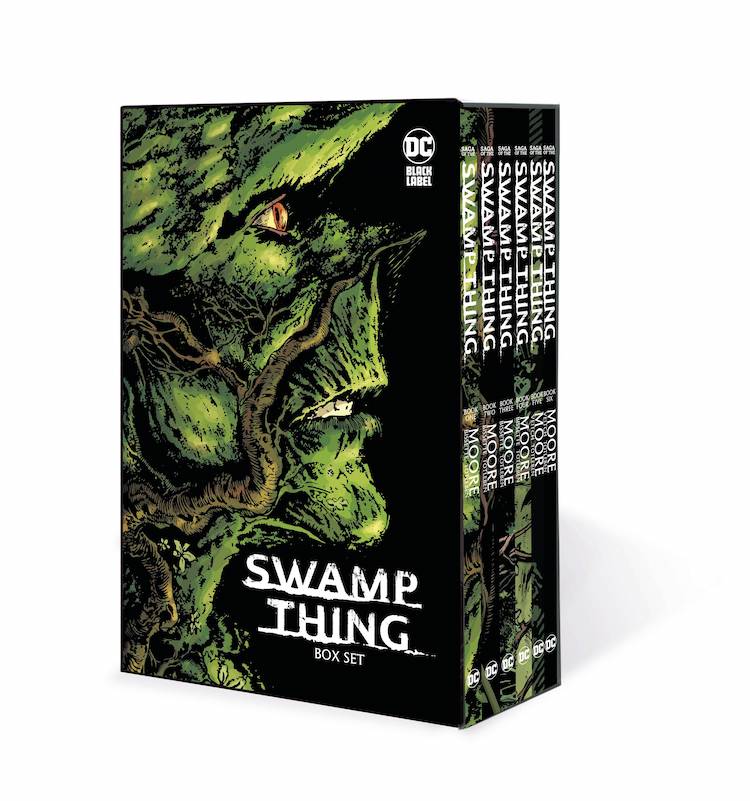 What the publishers says: All the groundbreaking Saga of the Swamp Thing graphic novels by Alan Moore, the writer of Watchmen and V For Vendetta, in a gorgeous slipcase box set!

Before Watchmen, Alan Moore made his debut in the U.S. comic book industry with the revitalization of the horror comic book The Swamp Thing. His deconstruction of the classic monster stretched the creative boundaries of the medium and became one of the most spectacular series in comic book history. With modern-day issues explored against a backdrop of horror, The Swamp Thing stories became commentaries on environmental, political, and social issues, unflinching in their relevance.

Created out of the Swamp by a freak accident, Swamp Thing is an elemental creature who uses the forces of nature and wisdom of the plant kingdom to fight the polluted world’s self-destruction. Alan Moore took the Swamp Thing to new heights in the 1980s with his unique narrative approach. His provocative and groundbreaking writing, combined with masterly artwork by some of the medium’s top artists, made Swamp Thing one of the great comics of the late twentieth century.

What I say: As is the case with most things “Alan Moore”, the “Saga of the Swamp Thing” comics have become cornerstones of many collections, and what better way to add them to yours than with a slipcase of every volume!