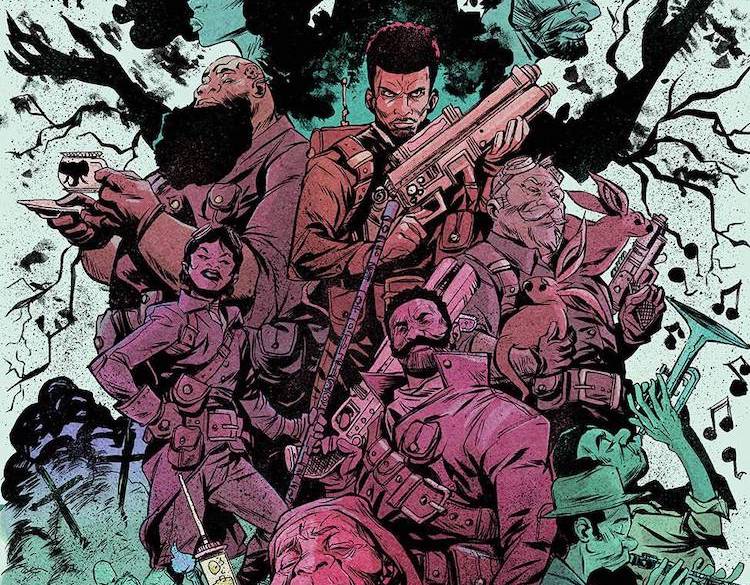 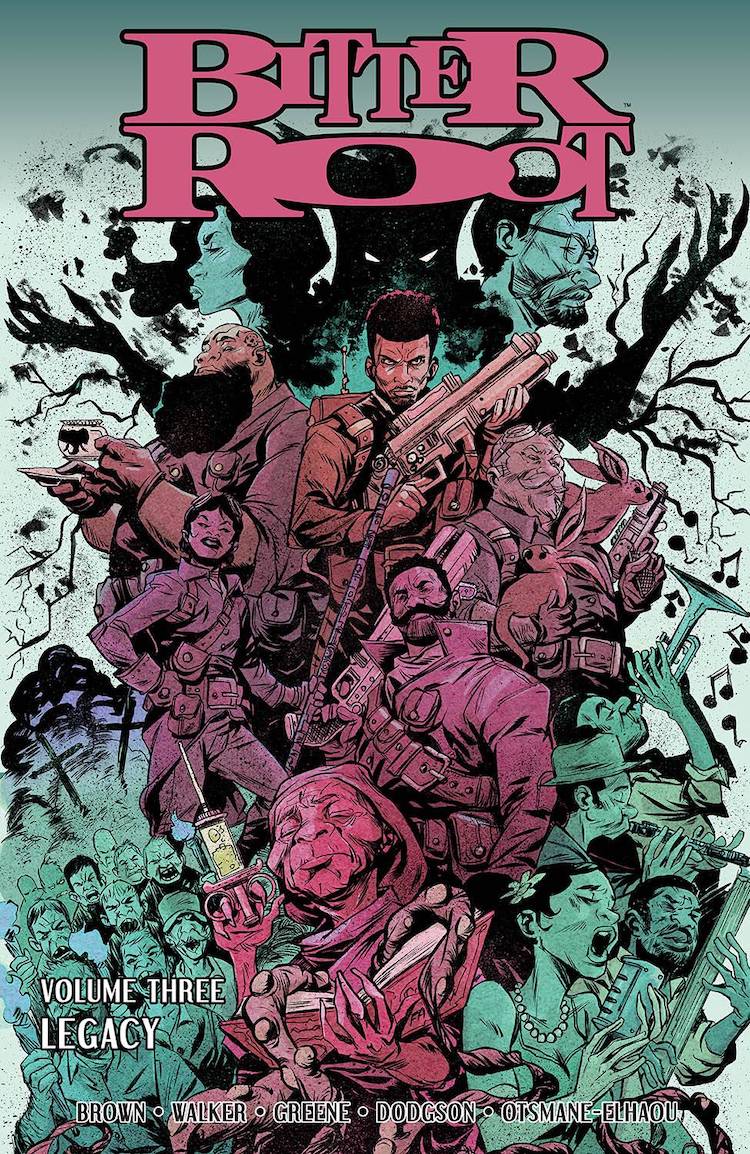 The publisher says: The monster-hunting Sangerye family has faced terrifying challenges in their fight to protect humanity, and while they have suffered pain and loss, they have never been defeated.
That is about to change. A great evil has invaded Earth – and the Sangeryes are not prepared for the battle they must face. But if they cannot protect the world, who can?

See the Harlem Renaissance as you never have before as the Eisner Award-winning series continues!

What I say: Bitter Root is fucking fantastic. Read it. Full stop. 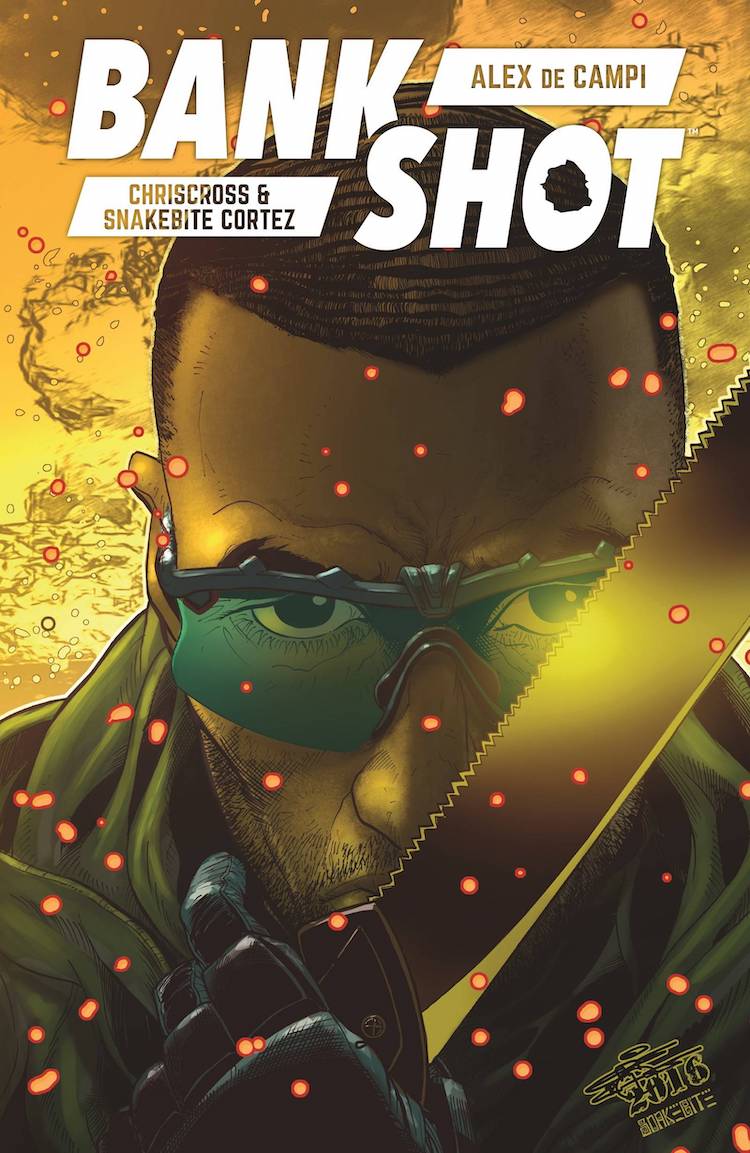 The publisher says: A past betrayal has primed Marcus King for revenge-and now that he has been given enhanced abilities, the fuse is lit! From the mountains of Ukraine to a lush tropical island, no place is safe from his vengeance!

Marcus King: modern-day Robin Hood or terrorist? Maybe both? When Marcus comes face to face with an adversary who knows all of his carefully buried truths, he’s forced to become the man he has always pretended to be. God help his enemies!

What I say: Revenge. de Campi. ChrisCross. If those words aren’t enough to draw you in, I don’t even know what to say. The whole mini-series is right here waiting for you! 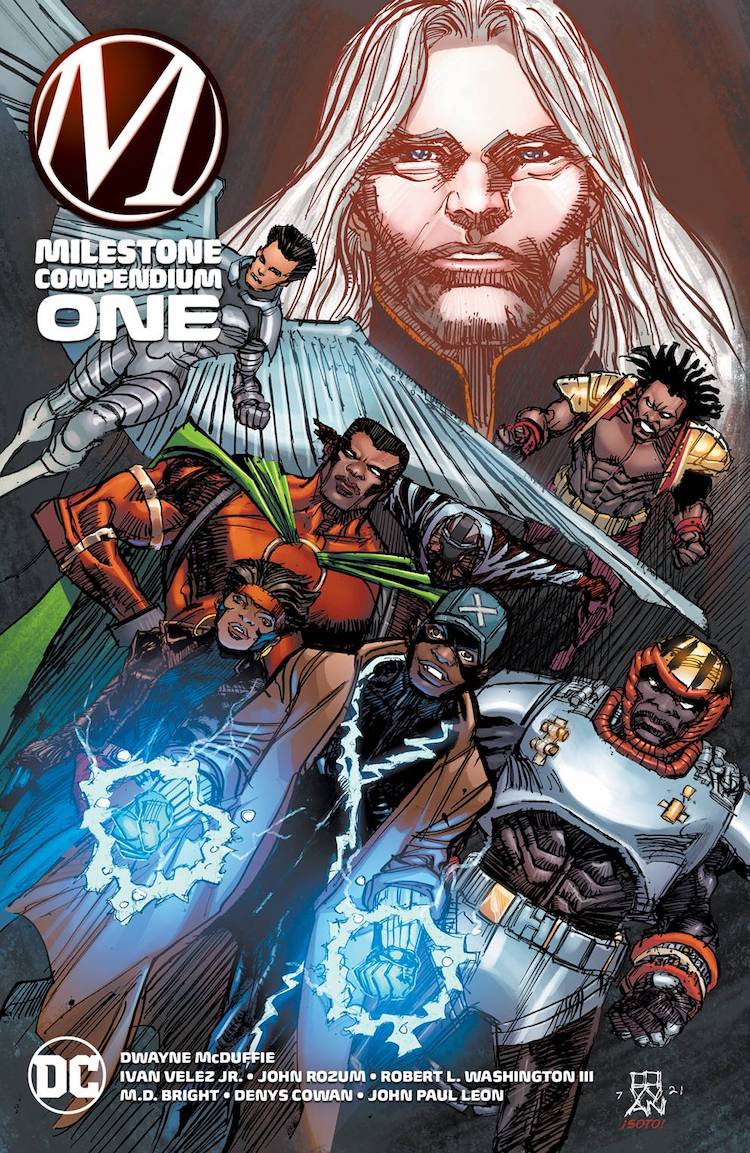 MILESTONE COMPENDIUM 01 TPB
Written by Various
Art by Various
Published by DC Comics
Price: $59.99
You can find it here: Bookshop.org

What I say: Milestone comics are back, so go back to the original stories from the 90s that started it all! 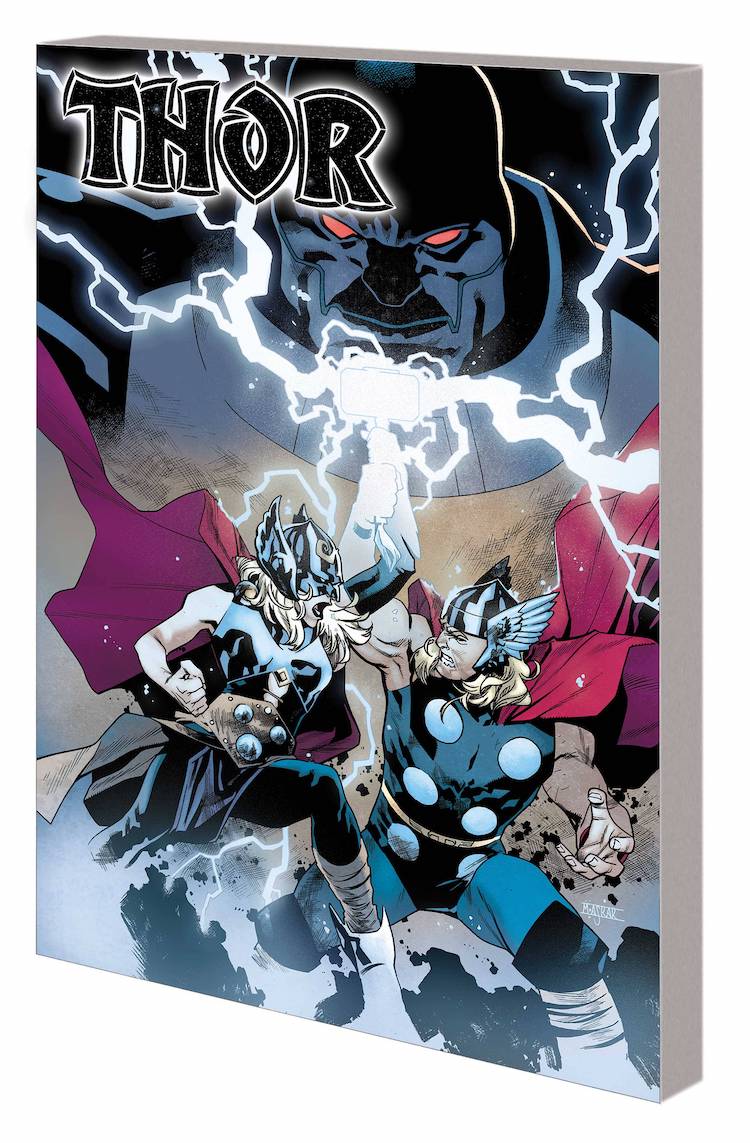 The publisher says: A tragic tale of three Thors! Jane Foster, mighty wielder of Mjolnir. The fallen and unworthy Odinson. But who will be the War Thor? No longer fit to lift his hammer, the Odinson embarks on a desperate quest for redemption that takes him into the cosmos – where the ultimate weapon awaits! But he isn’t the only one vying for it. The new War Thor must be ready for battle when the Queen of Cinders sets the Ten Worlds ablaze – and even the combined might of all three heroes may not be enough when final judgment arrives in the form of the Mangog! Meanwhile, what of Jane Foster’s cancer? The heroic story of the Goddess of Thunder reaches its heart-rending zenith! Collecting UNWORTHY THOR #1-5, MIGHTY THOR (2015) #20-23 and #700-706, GENERATIONS: UNWORTHY THOR & MIGHTY THOR, and MIGHTY THOR: AT THE GATES OF VALHALLA.

What I say: KRAKAFUCKINGTHOOOOOOOOOOOOOOOOOOM. Jason Aaron’s run on Thor is the peak of superhero comics in the last 20 years (yeah, I said it and I meant it) – and these collections are a great way to make sure you don’t miss a single page of it. 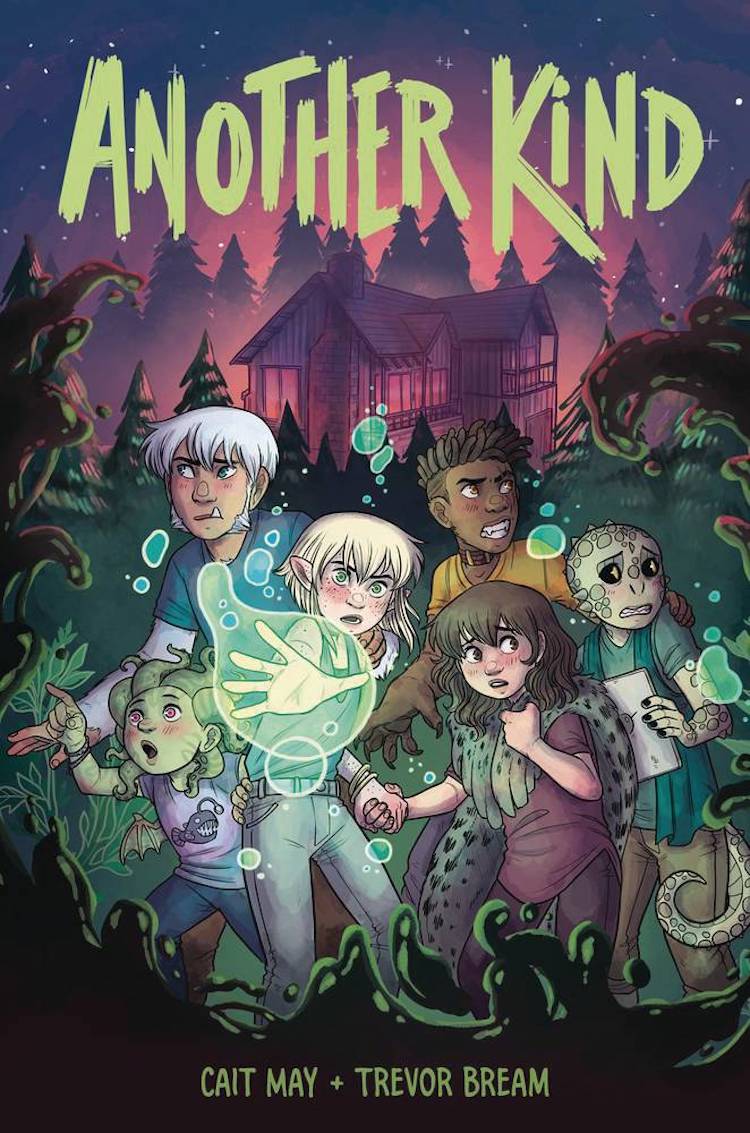 ANOTHER KIND
Written by Trevor Bream
Art by Cait May
Published by Harper Alley
Price: $12.99
You can find it here: Bookshop.org

The publisher says: Six kids search for a new place to call home in this middle grade graphic novel debut by comic creators Cait May and Trevor Bream.

Another Kind is not your average monster story.

Tucked away in a government facility nicknamed the Playroom, six not-quite-human kids learn to control their strange and unpredictable powers. Life is good-or safe, at least-hidden from the prying eyes of the judgmental world.

That is, until a security breach forces the kids out of their home and into the path of the Collector, a mysterious being with leech-like powers. Can the group band together to thwart the Collector’s devious plan, or will they wind up the newest addition to his collection?

Runaways meets The Witch Boy in this thrilling middle grade graphic novel debut from Cait May and Trevor Bream.

Available in softcover and hardcover editions.

What I say: When you pitch something as Runaways meets The Witch Boy, you’re throwing some very important words around. I really can’t think of many people who aren’t the perfect target audience for this OGN. 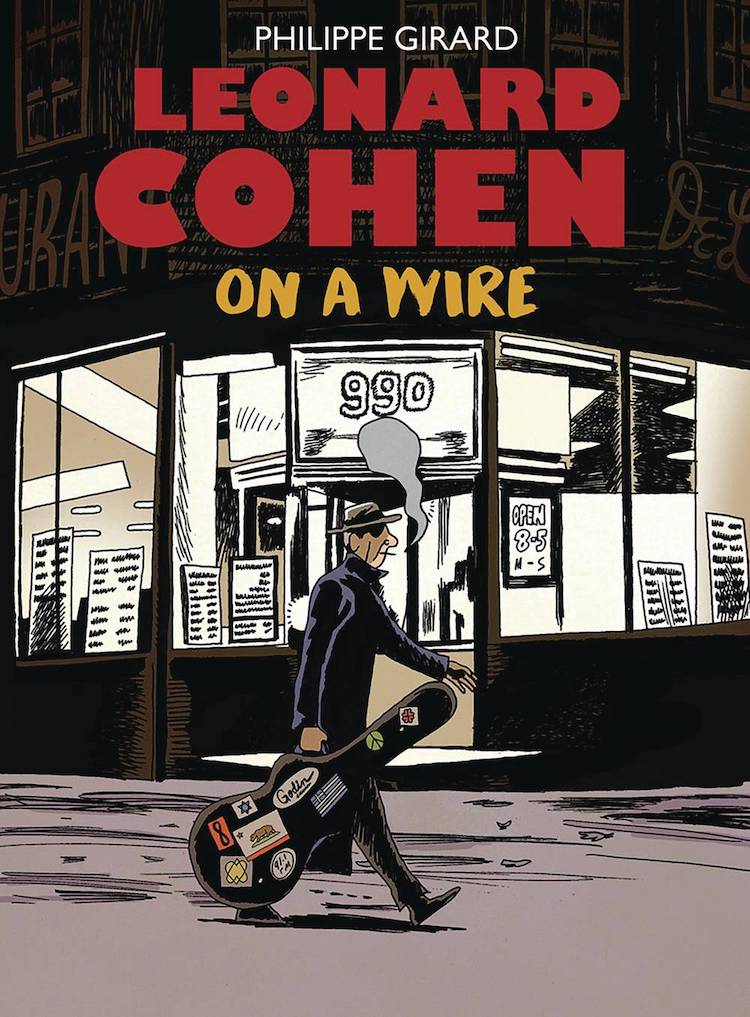 The publisher says: Leonard Cohen opens in Los Angeles on the last night of the man’s life in 2016. Alone in his final hours, the beloved writer and musician ponders his existence in a series of flashbacks that reveal the ups and downs of a storied career. Written with careful attention to detail and drawn with a palette of warm, lush colors by Quebec-based cartoonist Philippe Girard, Leonard Cohen is an engaging portrait of a cultural icon.

What I say: Music OGNs are fantastic (see Monk!) and a look at the masterful Leonard Cohen’s final hours has my attention locked in.