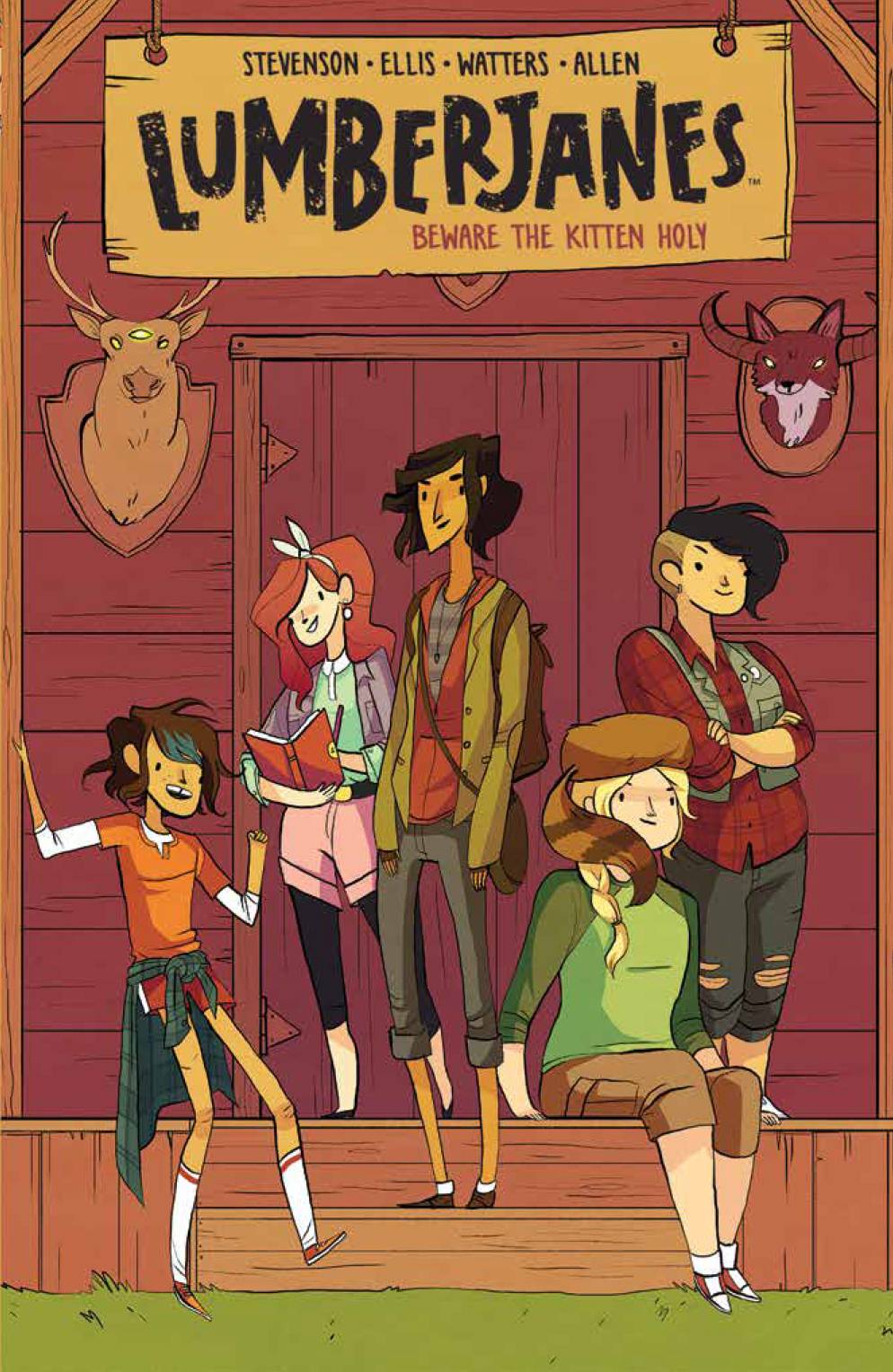 It’s Tuesday, and I’m still recovering from the fun at Emerald City Comic Con. Nevertheless, it’s another week and that means another look at some of the hottest trade paperbacks, collected editions, and graphic novels in this week’s “Trade Waiting” – your weekly spotlight of five noteworthy comic book collections that are being released to stores this Wednesday and why you should watch out for them! 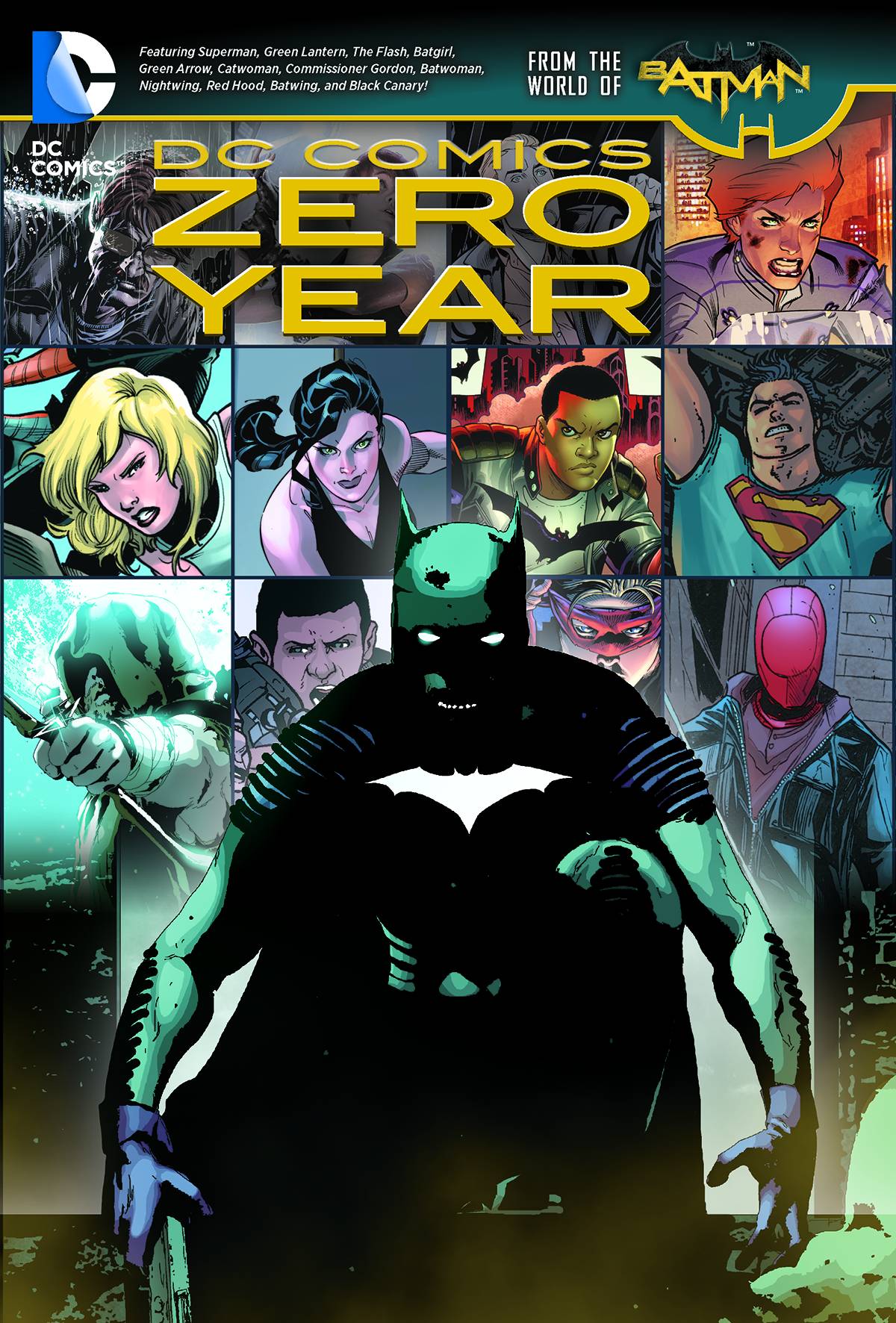 Six years ago, Gotham City weathered its greatest test as The Riddler shut down all power days before a terrifying superstorm! But the Dark Knight isn’t the only hero to surface during this moment in time known as the ZERO YEAR! Journey back to the Zero Year to see the early tales of DC’s greatest heroes and heroines in stories from Batman #24-25, Detective Comics #25, Batgirl #25, Batwing #25, Batwoman #25, Birds of Prey #25, Catwoman #25, The Flash #25, Green Arrow #25, Green Lantern Corps #25, Nightwing #25, Red Hood and The Outlaws #25 and Action Comics #25.

WHY TO WATCH FOR IT: The epic saga that Scott Snyder and Greg Capullo orchestrated to enrich the Batman mythos has returned in this collection, but it also includes all the New52 Zero Year tie-ins. See how Zero Year also enriched the mythos of these other titles and see how the events that took place in Gotham affected the DC Universe. 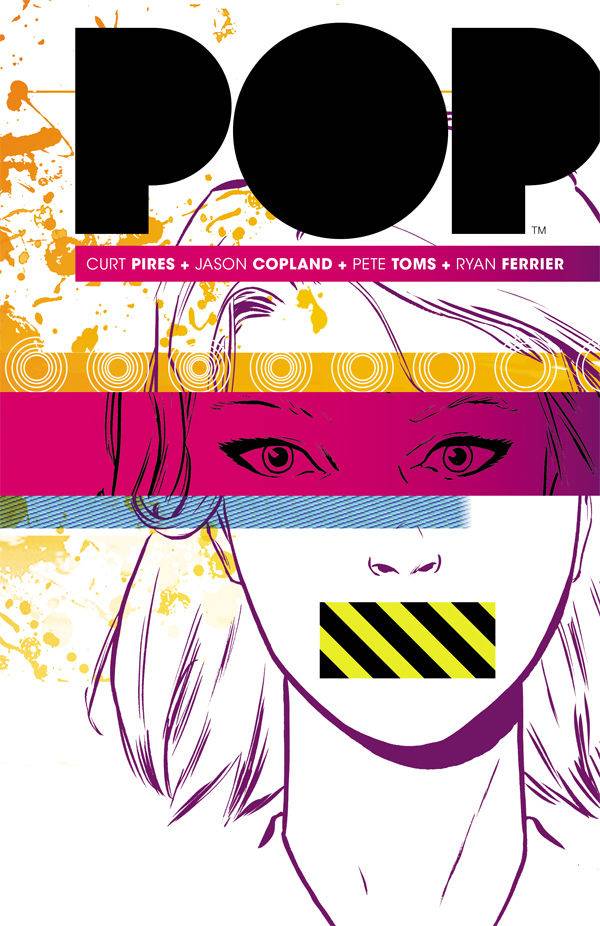 What if the world’s pop stars and celebrities were literally products, grown by the world’s wealthiest (i.e., most depraved) minds-and one of them escaped? Collects the four-issue miniseries.

“Jason Copland’s artwork along with Pete Toms’s colors fit this story perfectly. The style Copland uses and the colors that Toms chooses give this a very pop art feel.” -Big Comic Page

WHY TO WATCH FOR IT: Pop is one of those titles that has just enough strange, quirk, and cleverness to grab your attention with it’s satirical, tongue-in-cheek commentary of what celebrity and pop culture means. This collects the entire four issues and is worth a look if you’re weary of the usual comic book grind.

What’s to Love: Lumberjanes is the hit series from the BOOM! Box imprint that features five rad ladies who fight monster baddies with the power of friendship! Written by Noelle Stevenson (Nimona, Adventure Time) and newcomer Grace Ellis, and illustrated by Brooke Allen (A Home for Mr. Easter), this new series has taken comics by storm and has earned rave reviews.

What It Is: At Miss Qiunzella Thiskwin Penniquiqul Thistle Crumpet’s Camp for Hardcore Lady Types, things are not what they seem. Three-eyed foxes. Secret caves. Anagrams! Luckily, Jo, April, Mal, Molly, and Ripley are five rad, butt-kicking best pals determined to have an awesome summer together…and they’re not gonna let a magical quest or an array of supernatural critters get in their way! The mystery keeps getting bigger, and it all begins here. Collects issues #1-4.

WHY TO WATCH FOR IT: I’ve heard enough buzz and raving about Lumberjanes to finally start paying attention. I had missed the initial issues, but I love everything about coming out from kaBoom and Boom BOX so I’ve been anxiously awaiting a trade paperback to read through — and so should you.

It was another glorious victory for the Mighty Avengers. Good triumphed over evil and Ultron was shot into space, never to be seen again. Or so they thought. Now, years later, the homicidal artificial intelligence – so long devoted to ending life on Earth – has found a new world to conquer, one with its own horrific legacy. When Titan, birthplace of Thanos, falls, Planet Ultron rises in its place! Thanos’ brother Starfox must seek the aid of his former allies – but the Avengers he finds are radically different from the ones he once knew. Among them is Ultron’s creator Giant-Man – and when Hank Pym confronts his now planet-sized “son,” the responsibilities of fatherhood have never loomed so large. Rick Remender (UNCANNY AVENGERS) and Jerome Opeña (AVENGERS) unleash the full robotic rage of Ultron on Earth’s Mightiest Heroes!

WHY TO WATCH FOR IT: This wild premise concoted from the mind of Rick Remender has just enough going for it to spark my interest. Couple that with Jerome Opeña’s magnificent art style and I’m assuredly checking it out. The fact that this is an original graphic novel and set beyond the regulations of the normal, Marvel continuity means that Remender and Opeña are going to be smashing amd crashing your favorite Avengers characters like kids with toys. 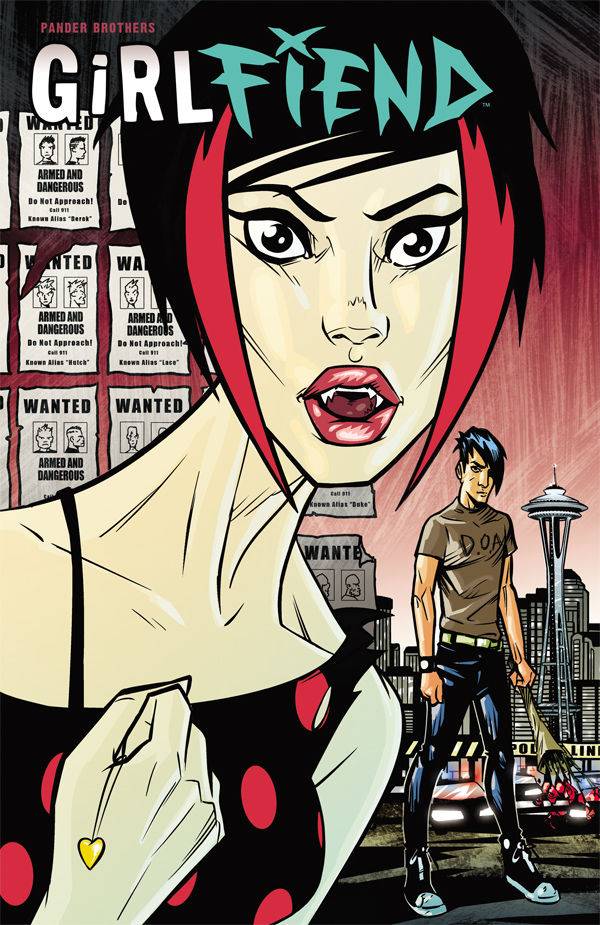 The Pander brothers are back and bloodthirsty with Girlfiend, their new vampire crime thriller! This meaty graphic novel finds the brothers doing what they do best: Taking comics to the edge. Sink your teeth into this pulp-infused thriller, as a human and his vampire girlfriend must hunt the criminal underworld to keep their love alive!

WHY TO WATCH FOR IT: I’m drawn to artists that invoke that Paul Pope or Becky Cloonan sensibility and art style and this has it. The Pander brothers craft a quirky, and seemingly pulpy, young adult story and give it some fangs to keep it fun and interesting. 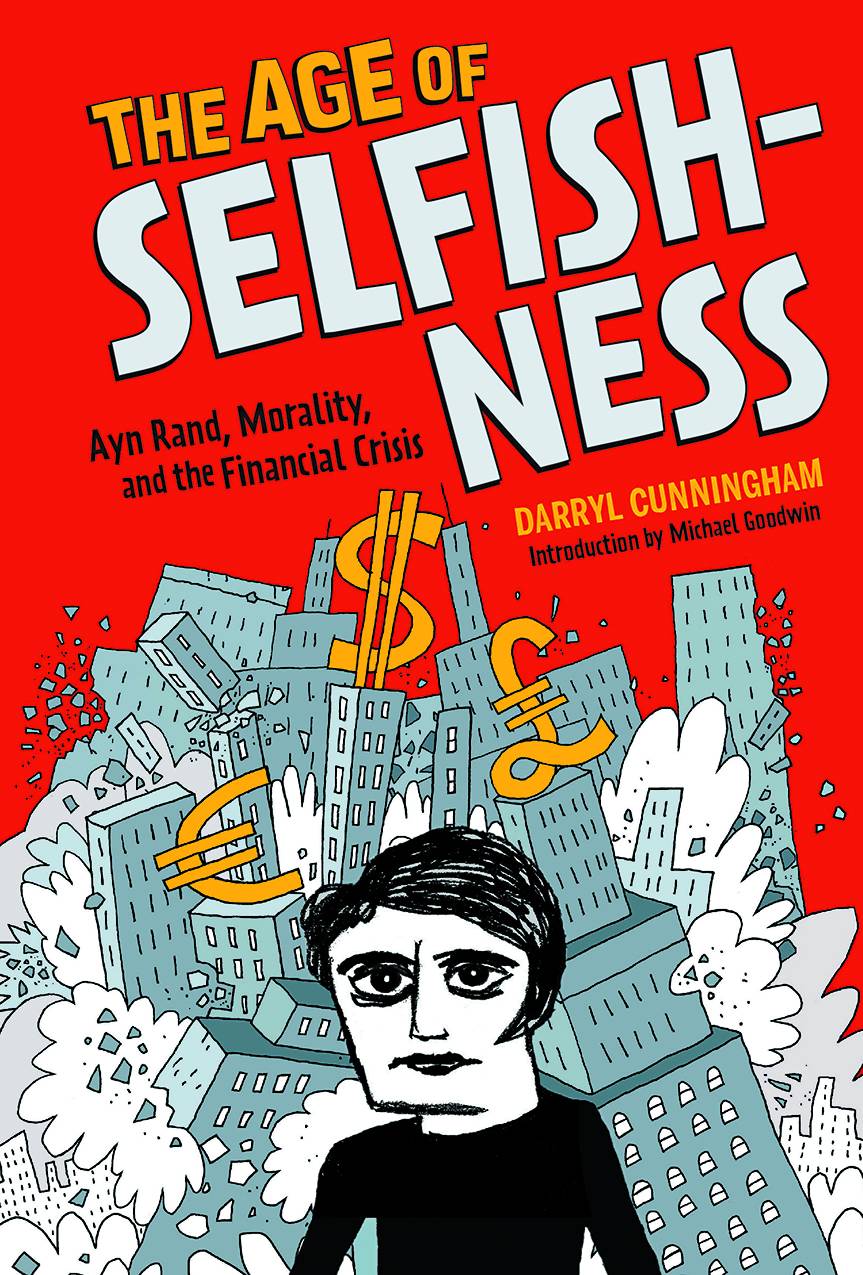 Tracing the emergence of Ayn Rand’s philosophy of objectivism in the 1940s to her present-day influence, Darryl Cunningham uses Rand’s biography to illuminate the policies that led to the 2008-9 economic crash in the U.S. and in Europe, and how her philosophy continues to affect today’s politics and policies. Cunningham shows how right-wing conservatives, libertarians, and the Tea Party have co-opted Rand’s teachings, and its inherent contradictions, to promote personal gain and profit at the expense of the middle class. Cunningham ultimately delivers a devastating critique of austerity-driven economics.

WHY TO WATCH FOR IT: I am immensely curious about this book and the political implications that it might endorse or poke fun of. If you’re a comic fan, Ayn Rand fan, a fan of politics, or all of the above, then this is one that’s sure to get your attention.