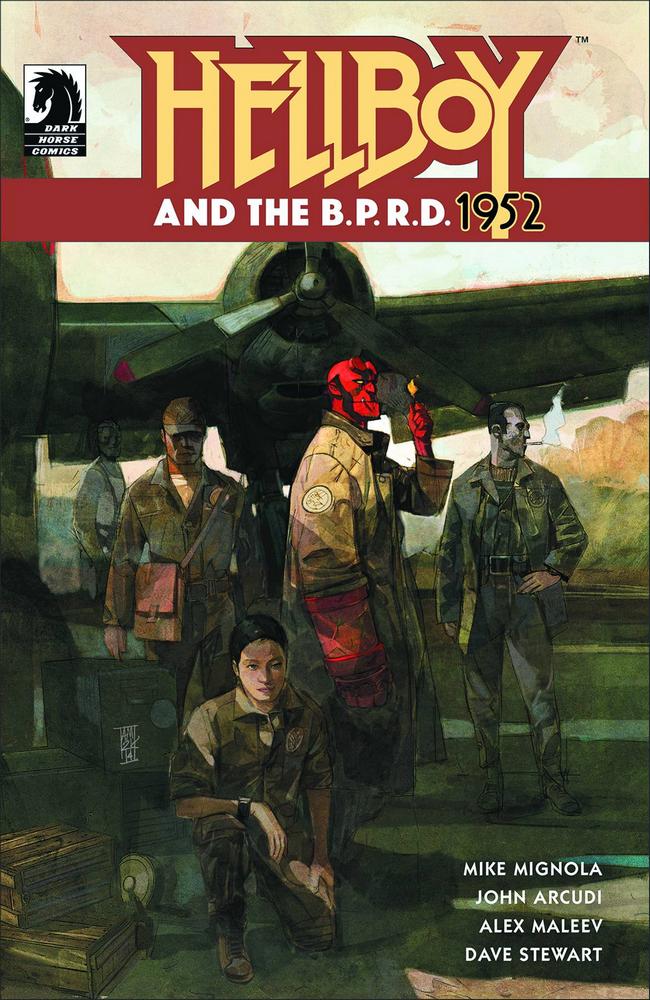 A bizarre series of murders and rumors of something worse lead Professor Bruttenholm to send a young Hellboy to a Brazilian village on his first mission. Hellboy and a small group of agents uncover something terrible in the shadows of a sixteenth-century Portuguese fortress . . . Collects the five-issue miniseries.

WHY TO WATCH FOR IT: Hellboy is easily one of the coolest properties to have emerged from Dark Horse. Couple that with Mike Mignola and John Arcudi returning to craft a story centered around a young and inexperienced Hellboy, and you’ve captured my attention. Pair them up with the beautiful aesthetic and jaw-dropping art of Alex Maleev, and now it’s a must buy! 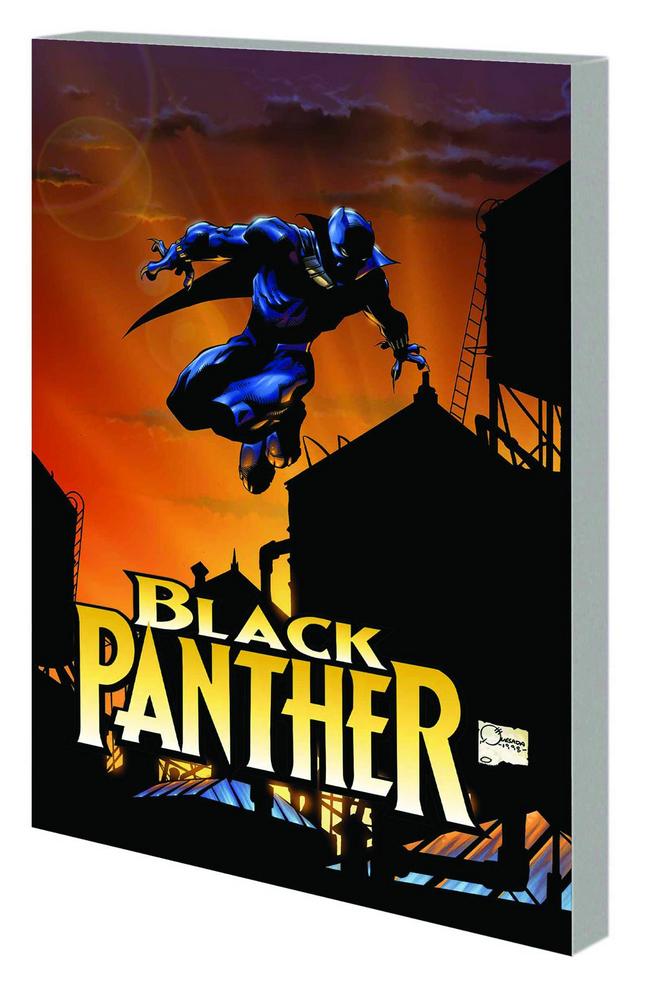 Black Panther reinvented as a sharp and witty political satire? Believe it! T’Challa is the man with the plan as Christopher Priest puts the emphasis on the Wakandan king’s reputation as the ultimate statesman, as seen through the eyes of the U.S. government’s Everett K. Ross. As the Panther investigates a murder in New York, Ross plays Devil’s Advocate in an encounter with Mephisto, and a new regime seizes control in Wakanda. When the truth behind the coup becomes clear, T’Challa finds himself an enemy of the state – and a major revelation threatens to destroy his relationship with the Avengers! Plus: Meet Queen Divine Justice – is she ready to join T’Challa’s deadly crew of female bodyguards, the Dora Milaje? Are they ready for her? Hold onto your pants, because Ross sure can’t! Collecting BLACK PANTHER (1998) #1-17.
Rated T+

WHY TO WATCH FOR IT: I’ve been a big fan of writer Christopher Priest and his imprint throughout the comics medium. Here we get a very campy, fun, and very intense version of Black Panther that I think is absolutely entertaining and engaging. If you’re new to the character of T’Challa this is a decent compilation of what his potential is and just how formidable he really can be in the Marvel Universe. 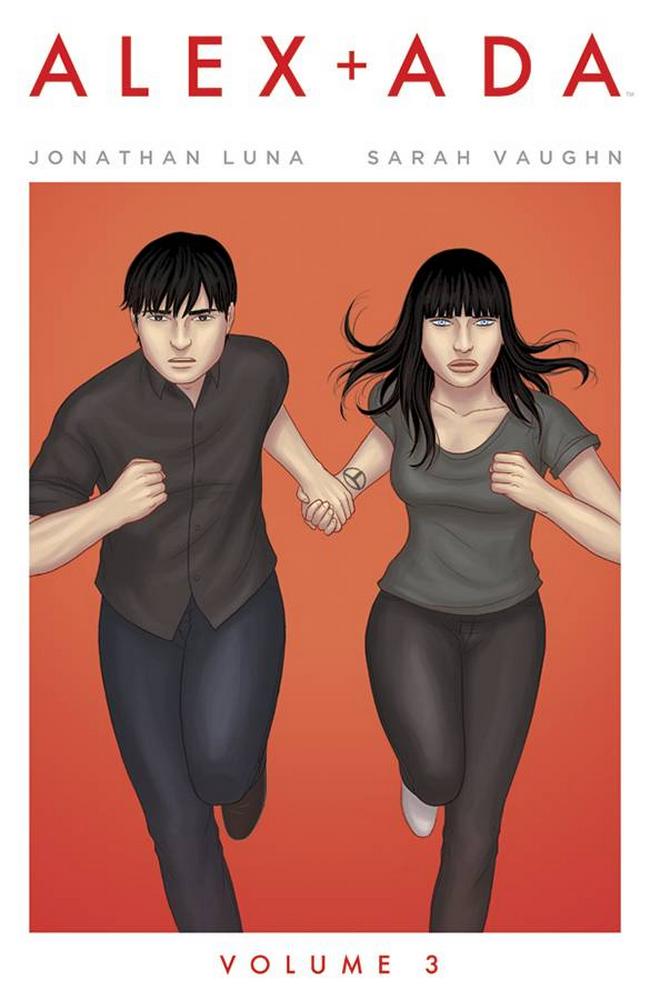 In this final arc of the sci-fi drama, Alex and Ada struggle against the growing hatred for sentient robots and their human allies. Can they survive what’s around the corner?

WHY TO WATCH FOR IT: Alex + Ada is one of my favorite stories coming from Jonathan Luna and Image Comics. The art style is clean and bright, which is an endearing trait of Luna’s style, but he’s also able to effectively capture facial emotion. That level of expression is what makes this series so captivating and engrossing to readers. Throw in a utopian future with technological allegory and people fall in love with robots, and the Bladerunner fan in me is more than happy to go along for the ride. 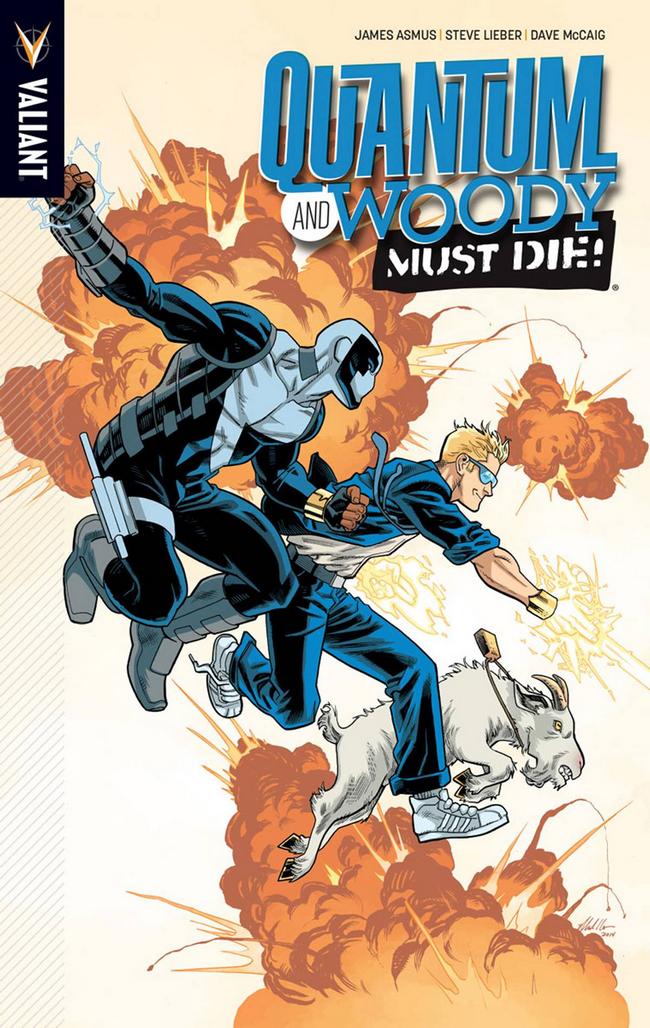 Multiple Harvey Award nominee James Asmus (QUANTUM AND WOODY, THE DELINQUENTS) and Eisner Award-winning artist Steve Lieber (Superior Foes of Spider-Man) are here to bring the most talked-about, most award-not-winning-est heroes in comics to a whole new high! Unfortunately, there are a bunch of people that would like to kill them up there.

They came. They saw. They pissed off a whole lotta folks! And now a team of mystery vigilantes has singled out the world’s worst superhero team for complete and utter destruction. Their first target: their minds! But who are these all-new enemies? Are Quantum and Woody hitting it off with a sexy duo of cat burglars? And, dear god, what have they done to the Goat?

Collecting Quantum and Woody Must Die! #1-4 along with Valiant-Sized Quantum and Woody #1, start reading here as writer James Asmus and artist Steve Lieber bring the most talked-about duo of semi-professional heroes in comics to a whole new high!

WHY TO WATCH FOR IT: This is probably one of the best assembly of creators on a comic book series that I’ve encountered in quite a long time. Every page is hilarious. Lieber is a cartooning god. The stakes are ridiculously high (usually). This is a must read for anyone and everyone that claims to enjoy comic books. That is all. 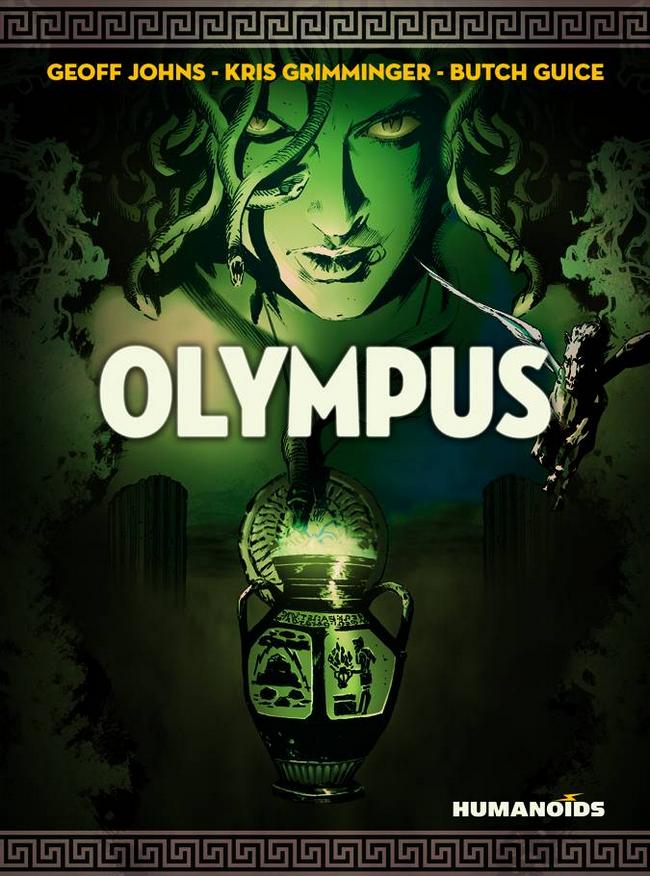 Olympian gods. Legendary monsters. Nowhere to run. In this high-octane adventure, chaos is unleashed when a group of brash archaeology graduate students and a team of ruthless mercenaries are shipwrecked together on the legendary Mount Olympus, a mountainous island populated by the deadliest monsters known to Greek mythology. Written by Geoff Johns (Green Lantern, Justice League) and Kris Grimminger (Witchblade, The Possessed), with vivid line art by Butch Guice (Captain America, Winterworld), Olympus tells an action-packed tale as epic as the legends that spawned it.

WHY TO WATCH FOR IT: For some reason I haven’t heard of this book at all until recently, but the creative team alone immediately grabbed my attention. Butch Guice is easily one of my favorite artists working in the industry today, with his focused details and gritty lines, I’ll pay attention and buy anything the man is willing to do. Pair that with Geoff Johns writing about Olympian gods and legendary monsters, for under $20 bucks, and you’re already taking my money.