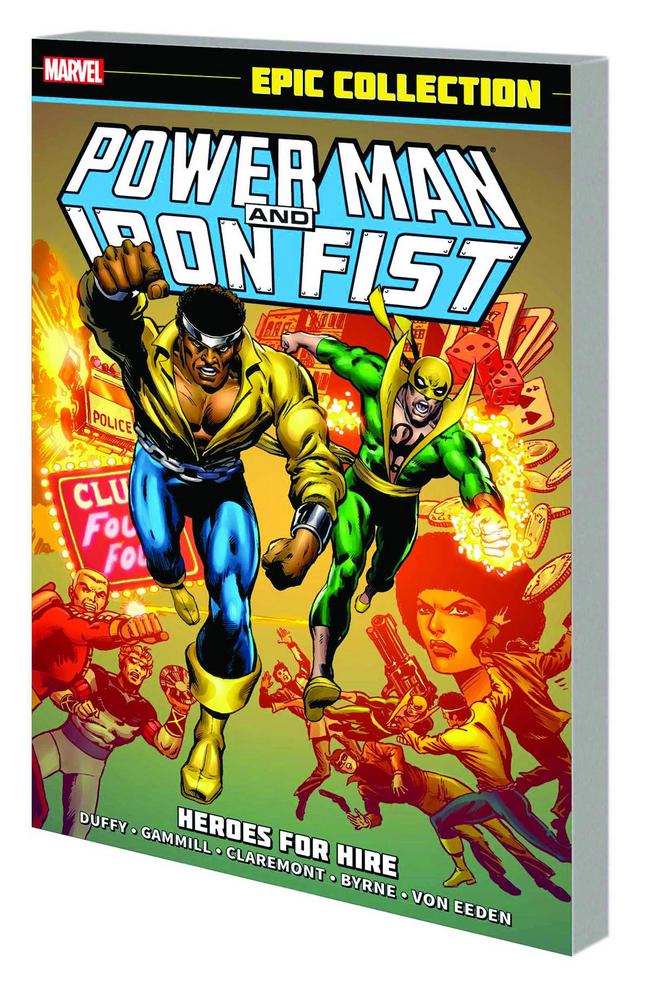 Looks like someone’s got a case of the Mondays, which also happens to mean another look at some of the hottest trade paperbacks, collected editions, and graphic novels in this edition of “Trade Waiting” – your weekly spotlight of five noteworthy comic book collections that are being released this coming Wednesday and why you should watch out for them!

Volume #1 in the Power Man & Iron Fist Epic Collections! Marvel’s stronger-than-steel man of the streets, Luke Cage, partners with the mystic kung-fu master Iron Fist in the beginning of one of the greatest teams in comic-book history! Together, Power Man and Iron Fist are heroes for hire, taking on any any job, any challenge – so long as their clients can meet the price. But both heroes have long pasts and old foes out to destroy them. Between those menaces and making ends meet, it’s a life short on downtime and long on action! This inaugural Epic Collection features the beginning of our heroes’ partnership; guest appearances by the X-Men, and Colleen Wing and Misty Knight – the Daughters of the Dragon; and classic villains including Nightshade, Bushmaster and Sabretooth! Collecting POWER MAN #48-49 and POWER MAN & IRON FIST (1978) #50-70.
Rated T

WHY TO WATCH FOR IT: Marvel’s version of the “buddy cop” genre has garnered a lot of attention lately with the inevitable debut of the respective Netflix series. There’s a fun, street-level side that’s put forward this side of the Marvel universe and is a great starting point for those unfamiliar to this dynamic duo and their friends. 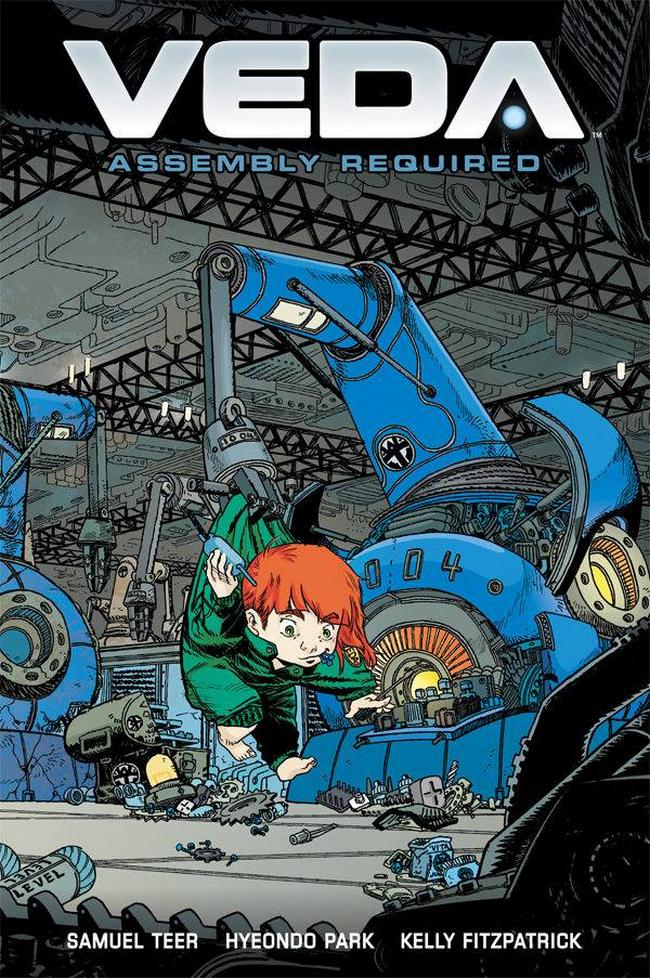 Beneath a factory floor lives an orphaned girl named Veda. Watched over by the diligent Assembly, a robot that works the production line, Veda discovers a unique power-she can speak to machines! Under the tutelage of Assembly, she learns the three laws of the machines . . . But it’s the unspoken secret fourth law-avoid the Gremlin-that piques young Veda’s interest and leads her down a dangerous and compromising path on a journey of self-discovery.

WHY TO WATCH FOR IT: As a big fan of robots and machines, the premise of this story has already grabbed my attention. Throw in the fact that it’s part of Dark Horse’s initiative to increase more all-ages style books to their repertoire and a throwback to Isaac Asimov’s robot laws make it worthy to watch out for this Wednesday. 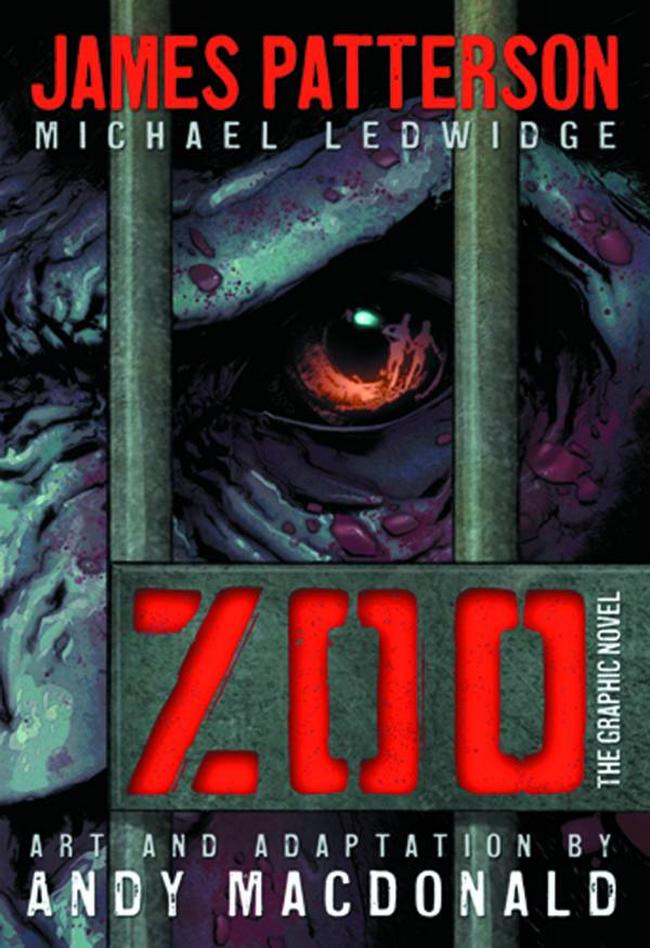 The latest graphic novel by renowned author James Patterson leaps off the page and goes straight for the jugular! Animals the world over are setting their sights on fresh prey – man. Only biologist Jackson Oz has recognized the patterns in an escalating chain of violent attacks by animals against mankind, and these incidents are just the prelude to something far, far more terrifying. Now Oz is in a race against nature to try to warn humanity about the coming catastrophe, but is it already too late?

WHY TO WATCH FOR IT: The television adaptation on CBS of the same name has stoked some interest in writer James Patterson’s story about mysterious attacks of animals against humans. With the latest news reports of protected animals being killed in the media, there’s some social relevancy that animal activists and non-activists alike might want to pay attention to and check out. 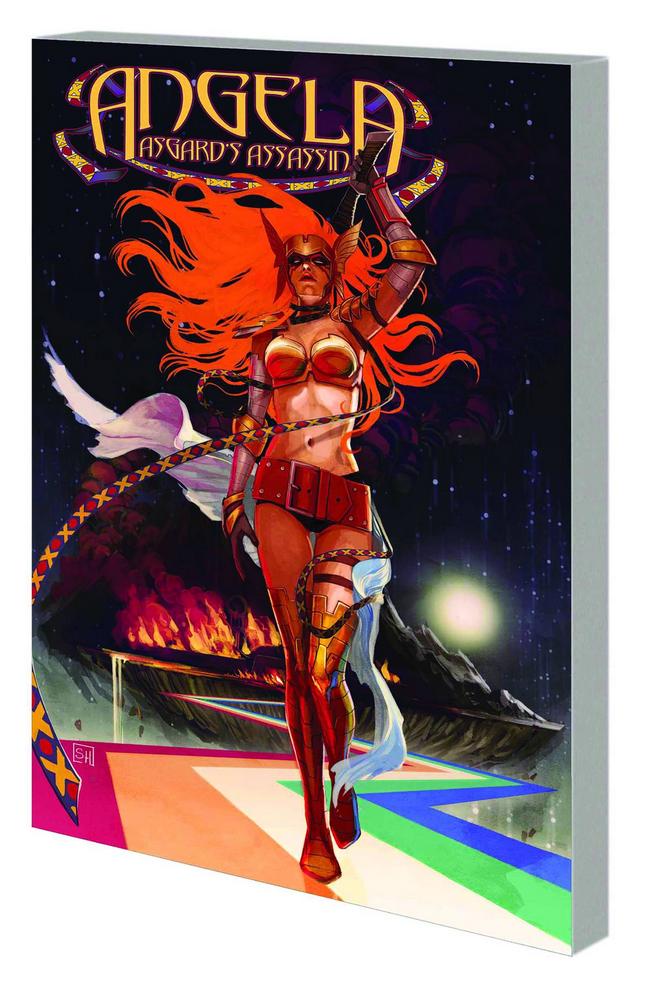 All her life, Angela – finest warrior of the Tenth Realm of Heven – was raised to hate Asgard with every fiber of her being. But Angela has learned the truth about her identity: She is Thor’s sister. She is an Asgardian. Now, cast out of her home, Angela must strike out on her own! But how does she become the guardian of a demonic child? Why do both Asgard and Heven want it so badly? And how does Loki fit in? Pursued by Asgardian warriors, Angela and her charge cross the Realms from Earth to Vanaheim, and even travel to outer space, where her teammates the Guardians of the Galaxy lend a hand. But she soon sees no other option than an invasion of her own homeland – that’s right, Angela must fight her way into Heven! Collecting ANGELA: ASGARD’S ASSASSIN #1-6.
Rated T+

WHY TO WATCH FOR IT: The solo series debut of the warrior character created by Neil Gaiman, makes a successful transition from one comic property to the Marvel Universe. This time, we finally gets her history fleshed out as she takes her place among some of Marvel’s greatest. With each chapter featuring two writers and two artists, we get a combination of depth and visual beauty that helps us find out that Angela is a force to be reckoned with. 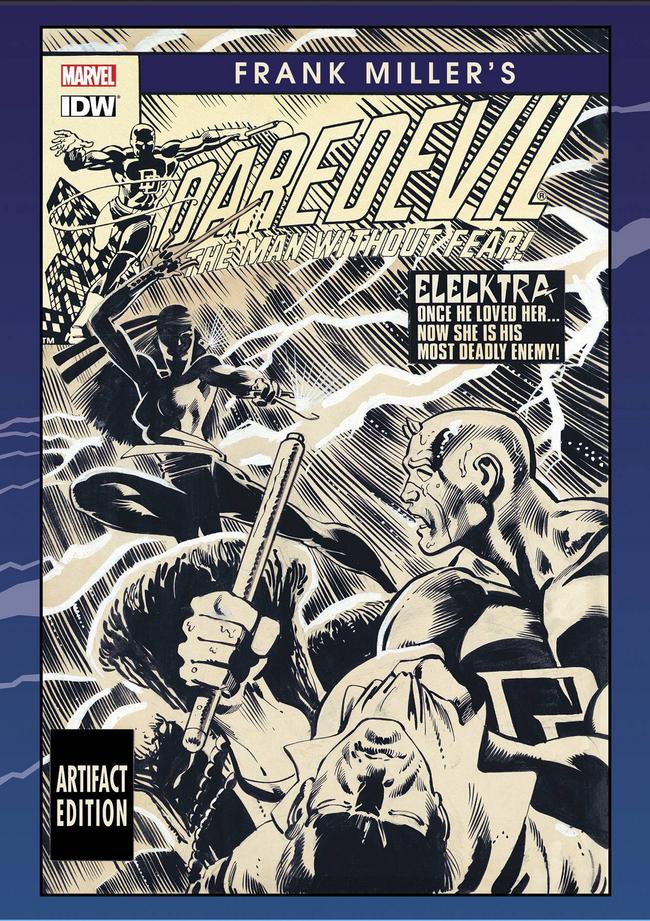 Frank Miller, multiple Eisner Award-winner, is one of the finest and most influential comics creators of his generation. From Sin City to Dark Knight Returns, to Daredevil: Born Again and Batman: Year One (both of which he wrote and collaborated on with David Mazzucchelli), his contribution to the art form is nearly peerless. But before these incredible works came his groundbreaking turn on Daredevil!

WHY TO WATCH FOR IT: Regardless of how you feel about Frank Miller’s political beliefs, his influence in comics is undeniable! These pages are drool-worthy and awe-inspiring in this beautiful artifact edition collection.