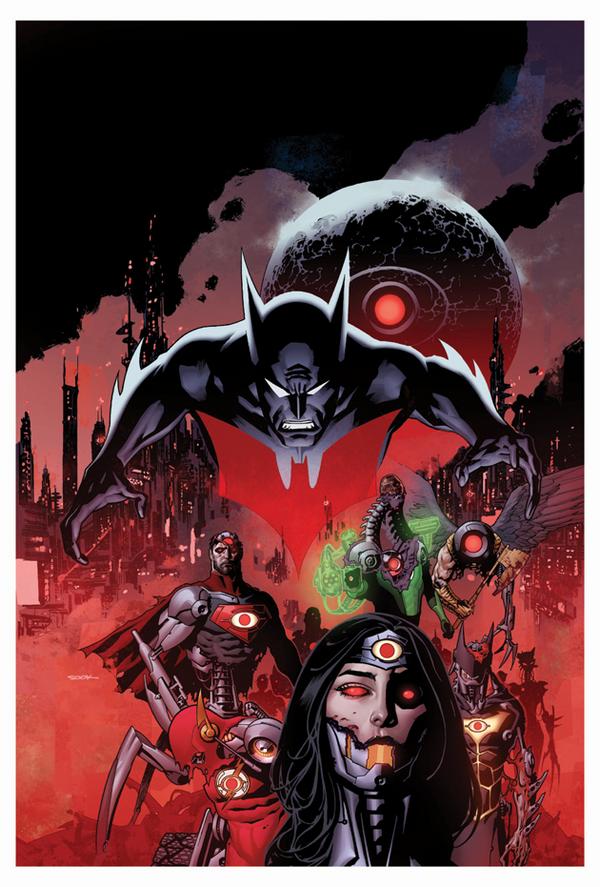 We are a mere two days away from new releases and a fresh crop of comic book collections! TRADE WAITING will tell you what releases to watch out for and why. If your bookshelf is thirsty for a trade paperback, a hardcover, or a graphic novel — then look no further than my top five releases for December 03, 2014. 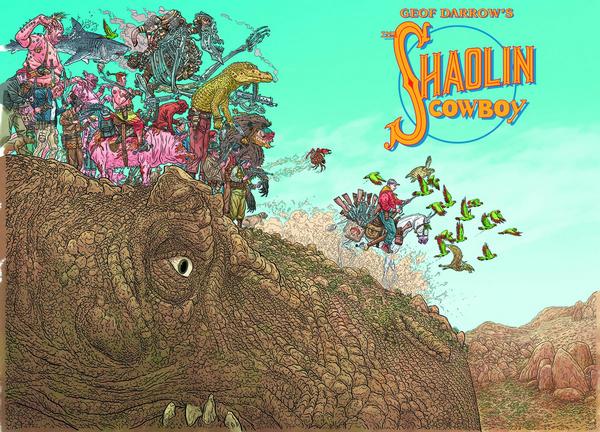 After fighting demons, sharks, and maniacal crustaceans, the Shaolin Cowboy battles his way to this harrowing collection which includes the entire buffet from his first extended Burlyman run. In this overstuffed volume, the Cowboy continues his trip across the pockmarked landscape of the American psyche. You’ll want to see the Cowboy confront his nemesis, King Crab, grapple hand to fin with a Great White, and dance with an army of the Undead! Plus, an abundance of extras, showcasing all the alternative covers with art by such peerless luminaries as Moebius (Jean Giraud), Mike Mignola, Kevin Nowlan, Ricardo Delgado, Scott Gustafson, and John Severin.

WHY TO WATCH FOR IT: The amount of detail and ability in Geof Darrow’s artwork is amazing. For those that have never experienced it or Shaolin Cowboy, you can get a nice introduction with this trade paperback for twenty bucks.

Five years from now, the DC Universe is reeling from a war with another Earth, leaving the world unprepared for an approaching evil that threatens to destroy the future. As heroes are turned into mindless villains, the planet as we know it is no more. The only salvation lies in the past, where this future apocalypse must be averted. Can a time-traveling Batman Beyond help a massive cast of the DCU’s finest avert the impending apocalypse in these stories from issues #0-17 of the new weekly series?

WHY TO WATCH FOR IT: DC Comic’s latest, world-changing event starts here! Fans that have been trepidatious about diving into this series on a issue-by-issue basis can grab 17 issues here and indulge yourself without wait. This event seems to be a precursor for the next “Convergence” event, so get in now before it’s too late. 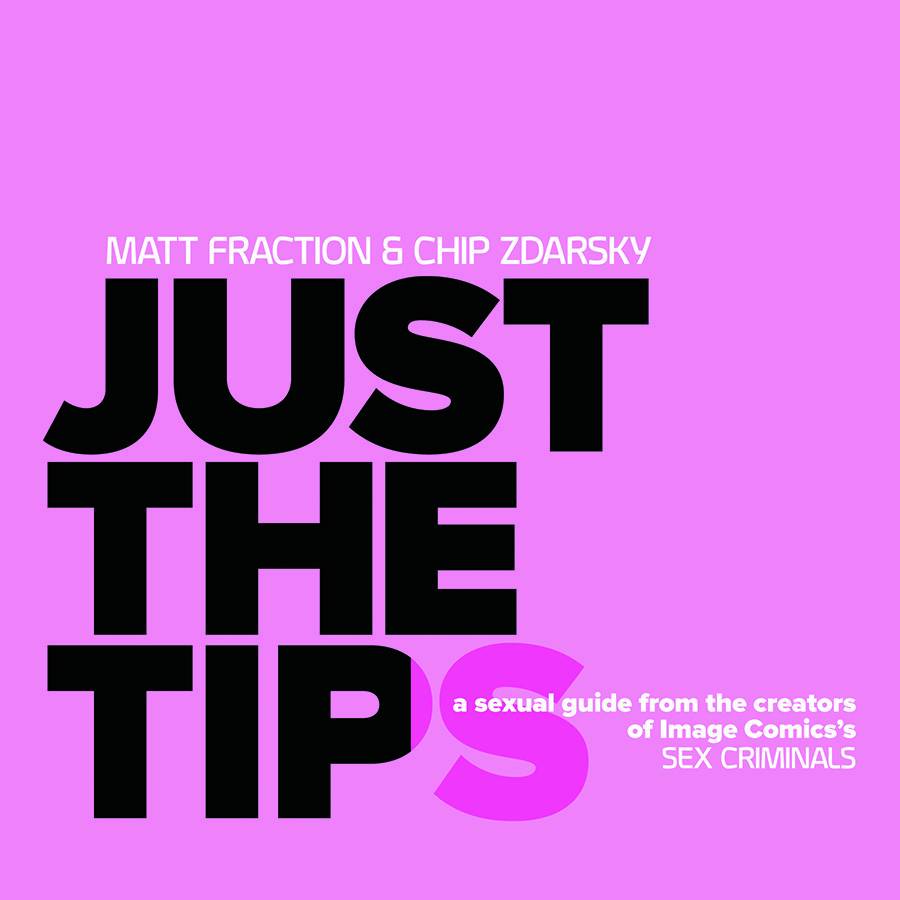 Just in time to come down everybody’s chimneys this holiday season, the creators of SEX CRIMINALS are proud-ish to present JUST THE TIPS: a curated collection of tips, tricks, moves, advice, suggestions, stories, and confessions, how-tos, do’s, don’ts, and do-agains-but-slower-this-times from the unmissable letters column of SEX CRIMINALS, alongside all-new material specially created for this collection only. Finally, a book to teach you how to not be a sex dumby no more. It’s this book.

WHY TO WATCH FOR IT: Just when you thought these two darling creators couldn’t do anymore than what they’ve already done, Matt Fraction and Chip Zdarsky squeeze a bit more retail out of their runaway hit Sex Criminals with this HC that is sure to be hilariously obscene. This will be the coffee table book to own this holiday season. 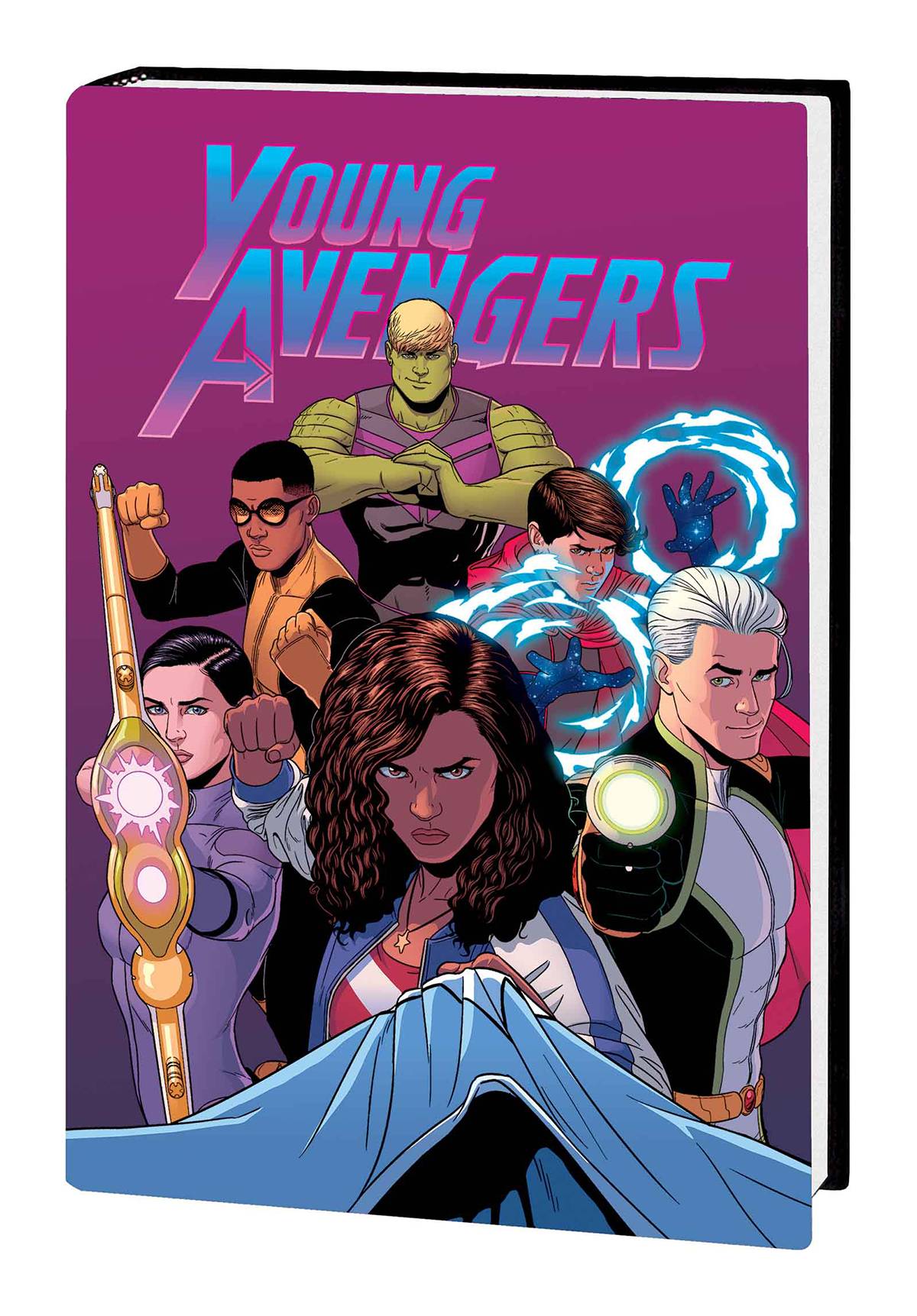 Kieron Gillen and Jamie McKelvie’s groundbreaking, critically acclaimed epic is collected in one oversized volume! The Young Avengers are reinvented for the 21st century as Wiccan, Hulkling and Kate “Hawkeye” Bishop unite with Kid Loki, Marvel Boy, Prodigy and Ms. America. Someone has to save the entire multiverse. They’re someone. No pressure, right? As a cosmic horror emerges from the shadows of the past, the Young Avengers race desperately across dimensions – but once they take on the gig to save reality, they may never be able to go home again! Meanwhile, Kid Loki is up to something. Surprise, I know. Fight scenes! Kissing! Fake IDs! Kissing! Drama! Conflict! Plentiful feels! (a.k.a. “meaningful emotional character beats” for people who aren’t on tumblr.) And oh yeah, nightclubs! Read it! Collecting YOUNG AVENGERS (2013) #1-15 and material from MARVEL NOW! POINT ONE #1.
Rated T+

WHY TO WATCH FOR IT: Hands down one of my favorite titles from the past year, which features the dynamic duo of Kieron Gillen and Jamie McKelvie. With a fully-realized version of teenage adolescence combined with action and mind-bending fun that just edges “cool”, this is a great collection from a great creative team. 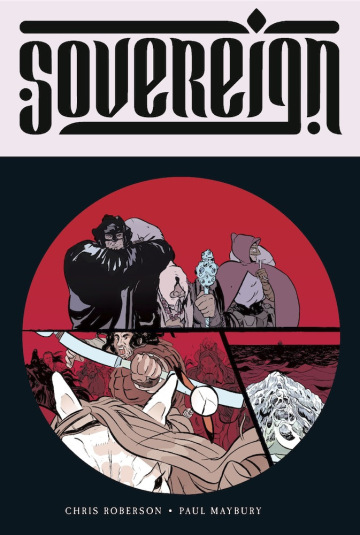 An epic fantasy in the tradition of Game of Thrones, SOVEREIGN is set in a world which once knew gods, demons, and magic, and to which all three are returning. New York Times bestseller CHRIS ROBERSON joins artist PAUL MAYBURY to tell the story of masked undertakers facing the undead with swords, of civil wars and cultures in collision, of ancient threats emerging from the ashes of history to menace the future.

WHY TO WATCH FOR IT: Chris Roberson crafts a complex fantasy story that broods itself in mysticism and ambitiousness. This has been flying under most people’s radar and is certainly worth a look for those that are interested in layers upon layers of mythological story-telling packed into five issues.