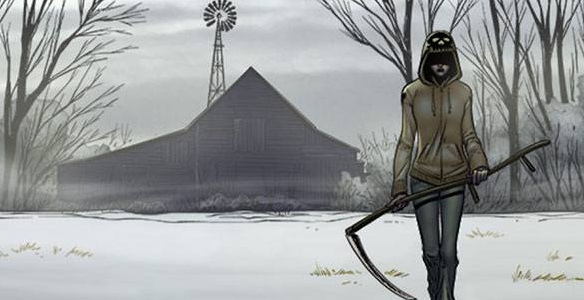 This week’s trade waiting focuses on a mathematical marvel of a release date, 12/12/12. This release date features the long awaited return of an original graphic novel series, the first volume of comics’ first “rural noir” and three books large enough to be used as instruments of pain. With that, onward to the top five collections of the week! 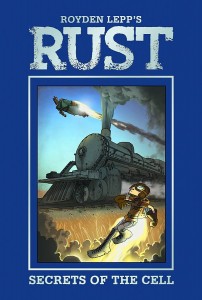 In an alternate reality, the dysfunctional Taylor family struggles to keep their small farm afloat after a devastating world war when a mysterious boy with a jet pack, Jet Jones, crashes into their barn, setting off a chain of events that forces them to re-evaluate what’s important to them. But Jet’s odd behavior causes youngest brother Oswald to suspect there is more to him than meets the eye!

Why to watch for it: If you haven’t read Rust, the time to dive in is now. The faster the better. Run! Run to your shop and get these volumes! Royden Lepp is creating a masterpiece with these OGNs and you are doing yourself a disservice by having not read them. The magic of Bone, the mystery of a great thriller, and some great sci-fi/Twilight Zone vibes, Rust is definitely a crowd pleaser. 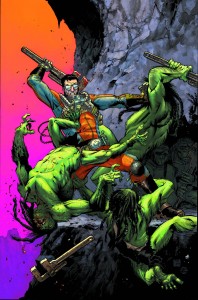 When down-and-out alien exterminator Heath Huston stumbles upon an extraterrestrial plot to commit genocide against the human species, he must put down the bottle and resume his role as a peacekeeper . . . as The Last Fear Agent. This deluxe hardcover omnibus, the first of two, collects issues #1-#15 of the acclaimed Fear Agent comics, along with half of the Tales of the Fear Agent side stories, covers, pinups, and artists’ sketch galleries!

Why to watch for it: Fans of Remender’s Marvel work, this book is for you. Here is a fantastic oversized hardcover introduction to some of the earlier creative owned works of Remender, complimented by artwork by his Venom creative teammate Tony Moore. A great way to dive in to this one of a kind series. 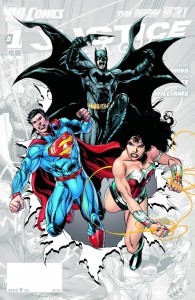 Why to watch for it: It is the ENTIRE “Zero Month” in a single book. 56 issues of 56 different titles marking the landmark one year anniversary of the New 52. This is the perfect companion book for anyone who has the DC Comics: The New 52 Omnibus featuring all the #1s, and really, just a damn cool collector’s item for any DC fan. 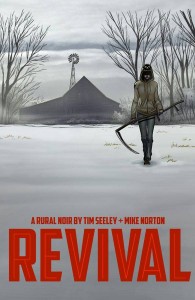 For one day in rural central Wisconsin, the dead came back to life. Now it’s up to Officer Dana Cypress to deal with the media scrutiny, religious zealots, and government quarantine that has come with them. In a town where the living have to learn to deal with those who are supposed to be dead, Officer Cypress must solve a brutal murder, and everyone, alive or undead, is a suspect. The sell-out hit series created by NYT Bestselling author TIM SEELEY and Eisner winning artist MIKE NORTON is collected with bonus material!

Why to watch for it: All the sellouts, extra printings of every issue and mad amounts of demand may have left you unable to get your hands on a couple issues of this smash rural noir, but now is your chance! This is Seeley and Norton unhinged, and they are going to bend your mind! 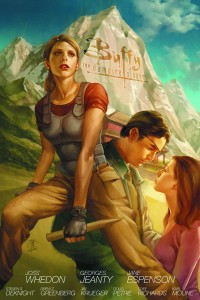 In a strange turn of events, Buffy begins to experience Twilight’s reach through the growing mass popularity of vampires-they even have a spokesperson with a reality TV show, Harmony Kendall! Rebel Slayer Faith continues on her journey to help other directionless Slayers, and Slayer Simone has also come back onto the Scoobies’ radar. Meanwhile, Dawn finally deals with her ongoing growing pains. Collects Buffy Season 8 #21-#30, and, from MySpace Dark Horse Presents, “Harmony Bites”, “Harmony Comes to the Nation”, and “Vampy Cat Play Friend”.

Why to watch for it: Slayer fans, if you have been reading Season 8 comics this is a must have for you. This Library Edition ties together a ton of different content into one fantastic library binding, and has a fantastic price point to boot. With the holidays coming, this is a great gift for Buffy fans new and old, and a great way to consume the series!