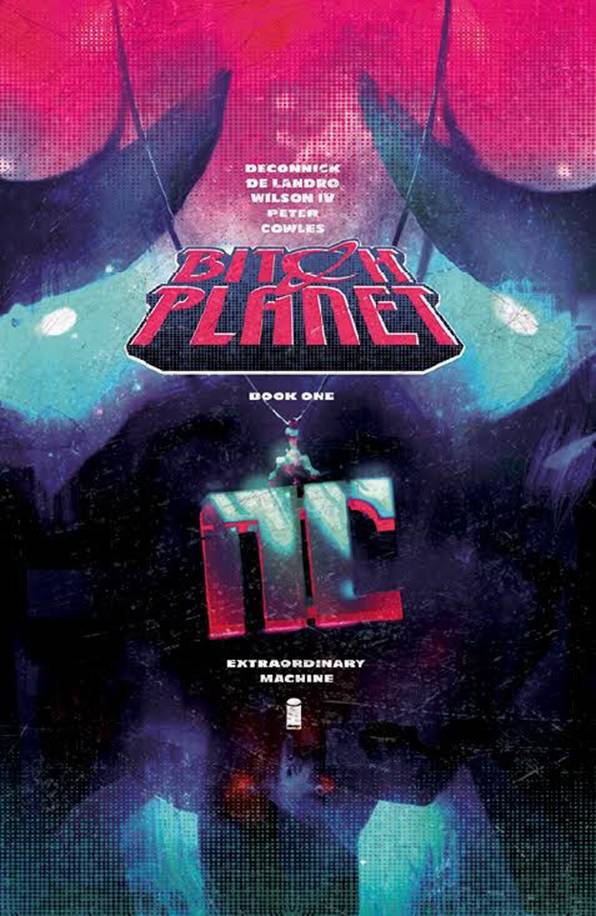 WHY TO WATCH FOR IT: This is an official “Local Comics Shop Day” exclusive and needless to say, there will be a limited amount of this beautiful hardcover available to everyone. Bitch Planet is helmed by the beloved writer Kelly Sue DeConnick and the art of Valentine De Landro and Robert Wilson IV to form the “Non-Compliant” team, and has been an extremely popular and successful series in comics. I don’t normally promote comic speculation, but this will assuredly go up in value and will be a must have/need for fans of the series. I guarantee you will be depressed if you miss out and eventually have to pay the exorbitant price this edition will fetch online later. 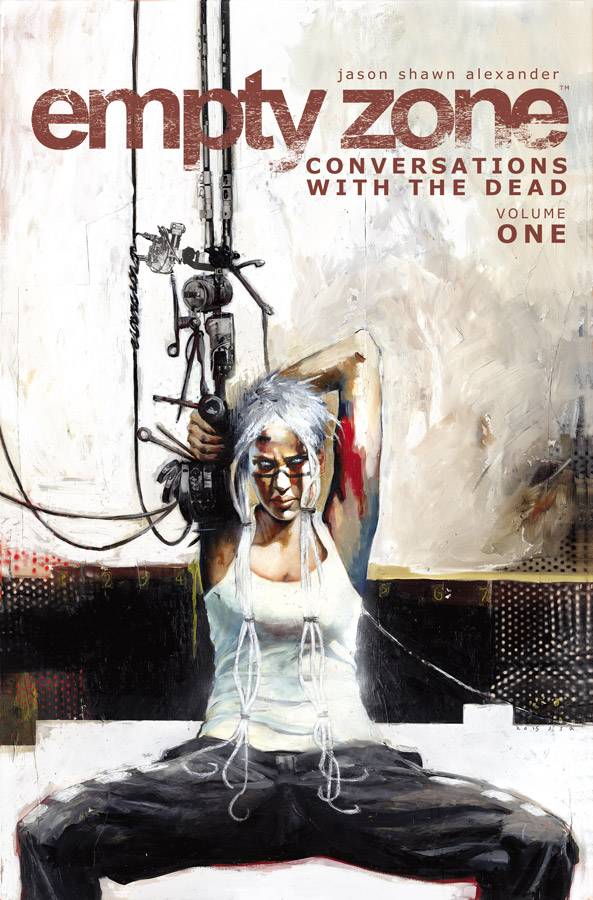 WHY TO WATCH FOR IT: I love dystopian, sci-fi horror stories and this one is an exciting and visually impressionable version of it by Jason Shawn Alexander. Alexander’s is an ocular onslaught as he slyly tip toes through his characters through a twisted plot. The art style alone was able to capture me. The story is absolutely dark, but manages to keep a solid balance to keep it from being gratuitous. 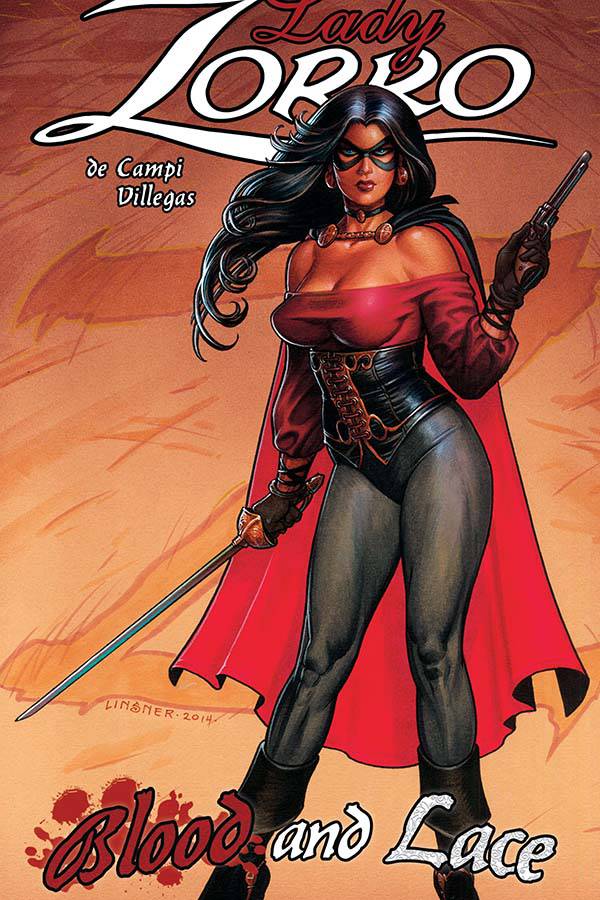 Lady Zorro is called back to Alta California to recover a sacred Chumash war axe, stolen by mercenary soldiers. Only she can stop an all-out bloody war across the ranchos, and more deaths like those that consumed her family… if she can stay on mission! When an opportunity for ultimate vengeance presents itself, can she ignore it? Or will the fiery desire to put her greatest foe six feet underground consume Lady Zorro… and all of Alta California with it? A violent, sexy tale of intrigue and swashbuckling as the female Fox must use all her assets to get herself out of trouble.

WHY TO WATCH FOR IT: I’m a fan of Alex De Campi and her “Grindhouse” series of comics, and think she excels when she’s writing with characters that are semi-campy and under the radar. Lady Zorro is no different in this case as De Campi and artist Rey Villegas dive head first into the action with Esperanza. Dynamite Comics certainly has a unique style of comics in the market today, and Lady Zorro has the potential to be another great addition to the line of “femme fatales” at the publisher. 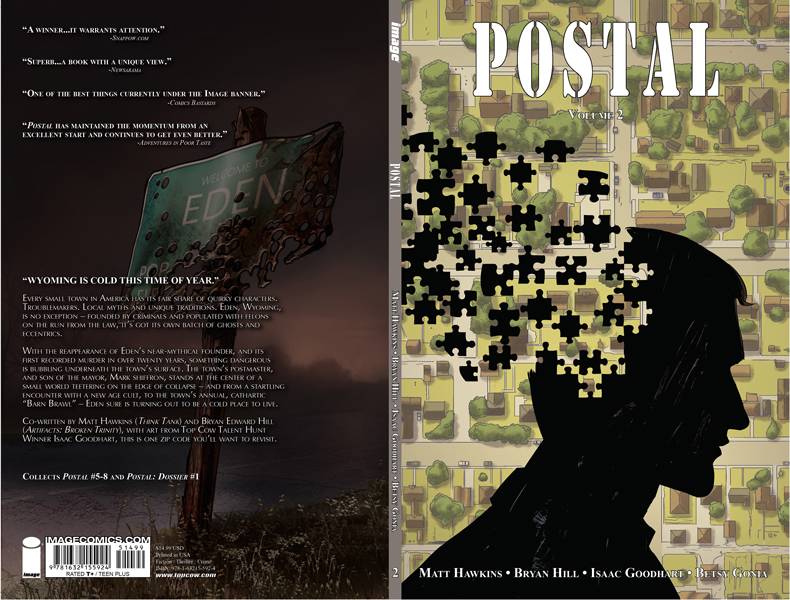 Mark Shiffron is more than the mailman of Eden, Wyoming. Now he’s the problem solver, working with his mother, the Mayor, to keep a town full of criminals from tearing itself apart. As ambition and desire grow within him, Mark uses his unique perspective to try and keep Eden under his mother’s control.

But can he Mayor keep her son under her control?

The second arc of the controversial and unflinching POSTAL once again journeys into the strange darkness of human nature, making one thing clear: every paradise comes at a price.

WHY TO WATCH FOR IT: When it first debuted, Postal flew under my radar and went unnoticed. However, when it did fall into my hands and I gave it a chance, it was a pleasant surprise. Bryan Edward Hill and Matt Hawkins deliver such an incredibly interesting premise, that it’s hard not to just read this for the sake of finding out where it will go next. The world is so substantially built and the premise is enticing as we learn through the eyes of an unreliable narrator. There were a few missteps in the first volume, but Postal seems to be hitting its stride in the second. 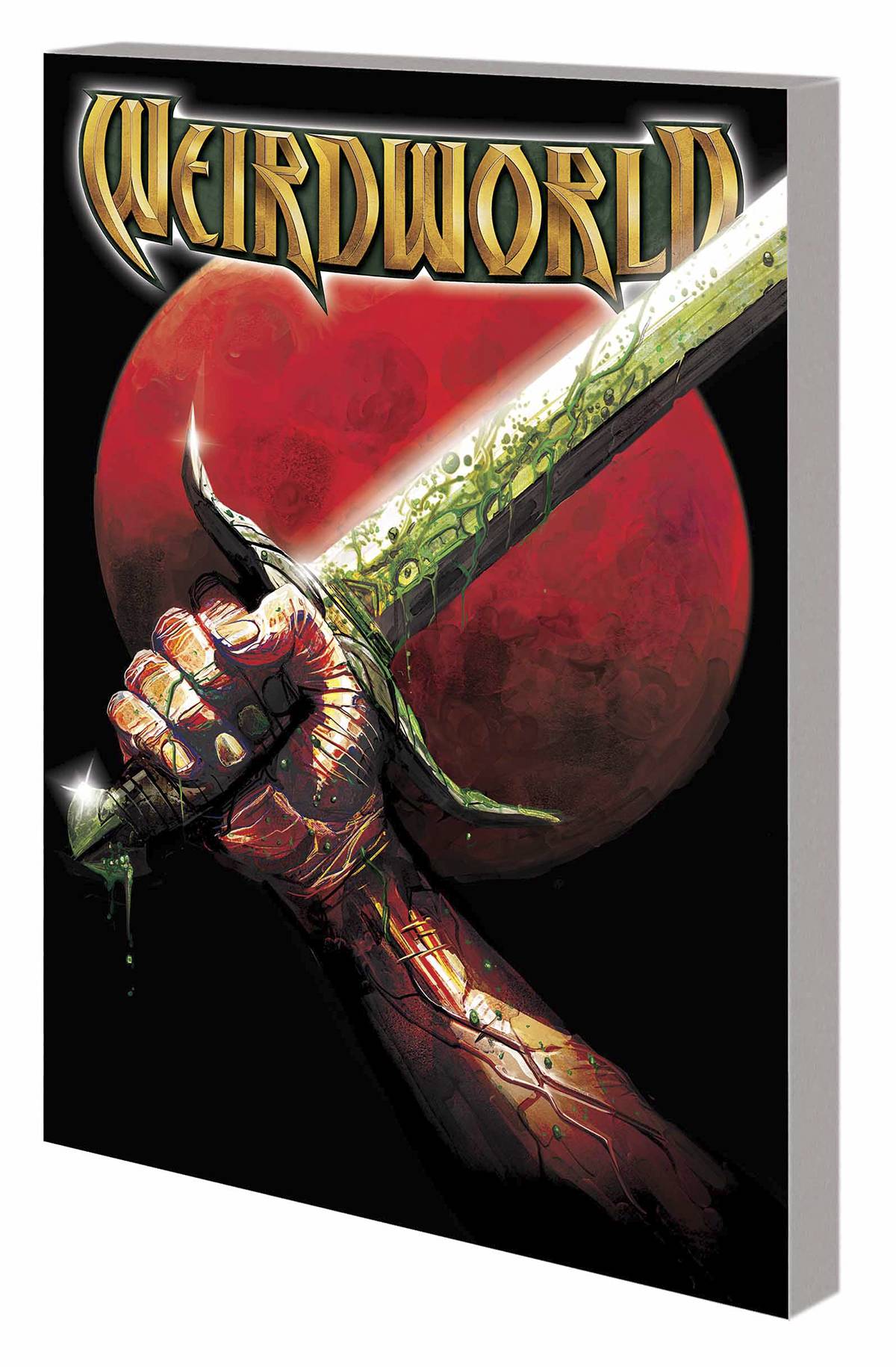 Welcome to the wildest, most dangerous corner of Battleworld: Weirdworld, a realm of swords and sorcery, and strange perverted science. A realm where one barbarian walks alone, on a dark and savage quest though all things weird and fantastic from throughout Marvel history. His name is Arkon, a lost man in a lost world. Follow him if you dare! For Arkon must battle underwater apes, contend with a Crystal Warrior and traverse the swamp of the Man-Things – as evil sorceress Morgan le Fay and her army of Lava Men and gun-toting ogres lay siege to Arkon’s home of Polemachus! Plus: Behold the coming of Skull the Slayer! What happens when a fugitive from the concrete jungle is thrust into a world of all things unimaginable? It’s simple, really. He goes utterly insane. Collecting WEIRDWORLD #1-5.
Rated T

WHY TO WATCH FOR IT: This is writer Jason Aaron’s and artist Mike Del Mundo’s comic book crescendo, as they take the opportunity of the skewed realities from “Secret Wars” to open their creative floodgates for “Weirdworld.” Arkon is analogous to a Tarzan/Conan type character in the Marvel Universe and is given free reign within this side of Battleworld. There’s enough of that action/adventure that we expect from warrior-style comic books, but it has that atypical Jason Aaron knack for dramatic gravity with some of the best looking visuals from Del Mundo that I have seen in quite some time. 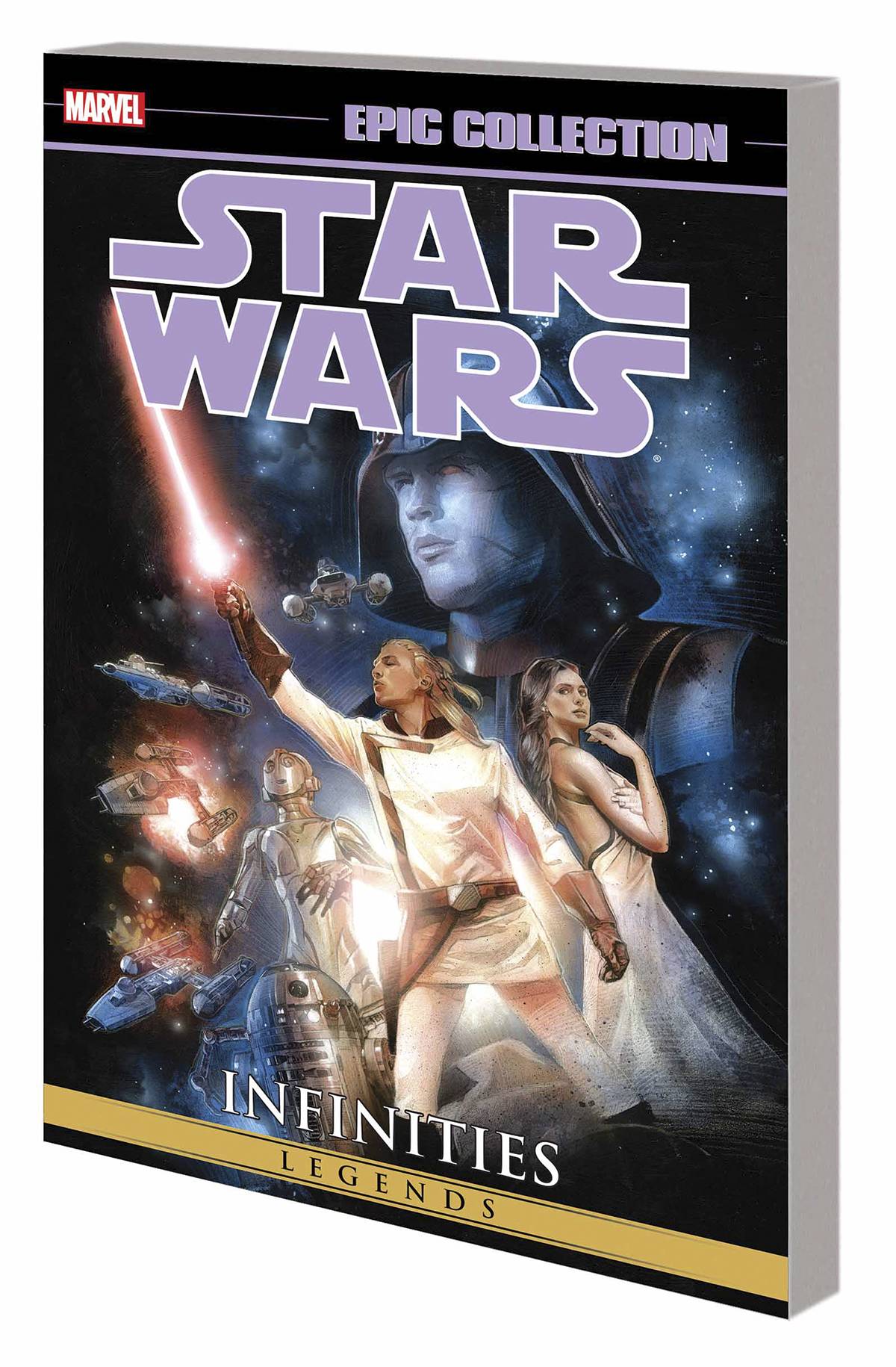 The stories you know – reimagined! Play “What if?” with the original trilogy in a series of tales exploring the endless possibilities of Star Wars. How would A New Hope have gone if Luke Skywalker missed the target in his attack on the Death Star? What would have become of the Rebel Alliance if Luke perished in the icy wastelands of Hoth during The Empire Strikes Back? What if Return of the Jedi’s rescue of Han Solo had gone badly wrong? And in the ultimate alternate take on the galaxy far, far away, follow Annikin Starkiller into The Star Wars in an epic based on the original draft of George Lucas’ screenplay! Collecting STAR WARS INFINITIES: A NEW HOPE #1-4, STAR WARS INFINITIES: THE EMPIRE STRIKES BACK #1-4, STAR WARS INFINITIES: RETURN OF THE JEDI #1-4 and THE STAR WARS #0-8.
Rated T

WHY TO WATCH FOR IT: I, however, never quite got into the Star Wars comic book universe and avoided them altogether until now. The Force Awakens opens this week and I’m a sucker for alternate endings, what-if stories, and different timelines. It’s worth looking over some of these potential perspectives and how they might eventually happen in the Star Wars/Disney/Marvel Universe. If anything, this book is potentially Star Wars cannon, as opposed to the wide amount of third party stories that have been dismissed as otherwise. If this book isn’t Star Wars cannon, then you can add it to the collection of Star Wars books you don’t know what to do with now.