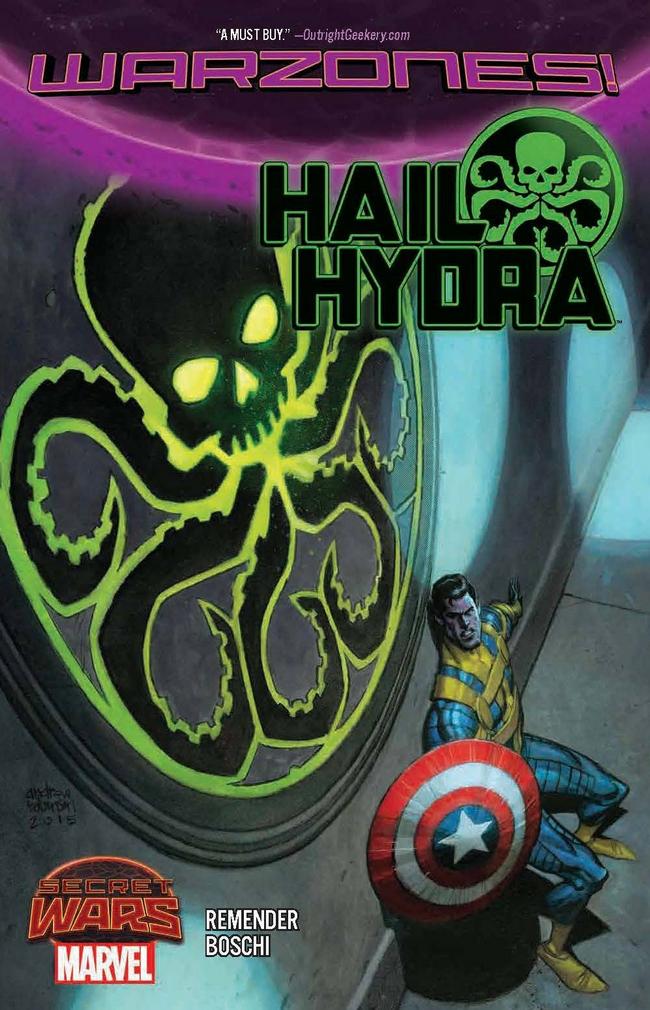 Welcome back my fellow TRADE WAITERS! Another Tuesday is upon us, which means another look at the week’s hottest trade paperbacks, collected editions, and graphic novels in this edition of “Trade Waiting” – your weekly spotlight of five noteworthy comic book collections that are being released this coming Wednesday and why you should watch out for them! 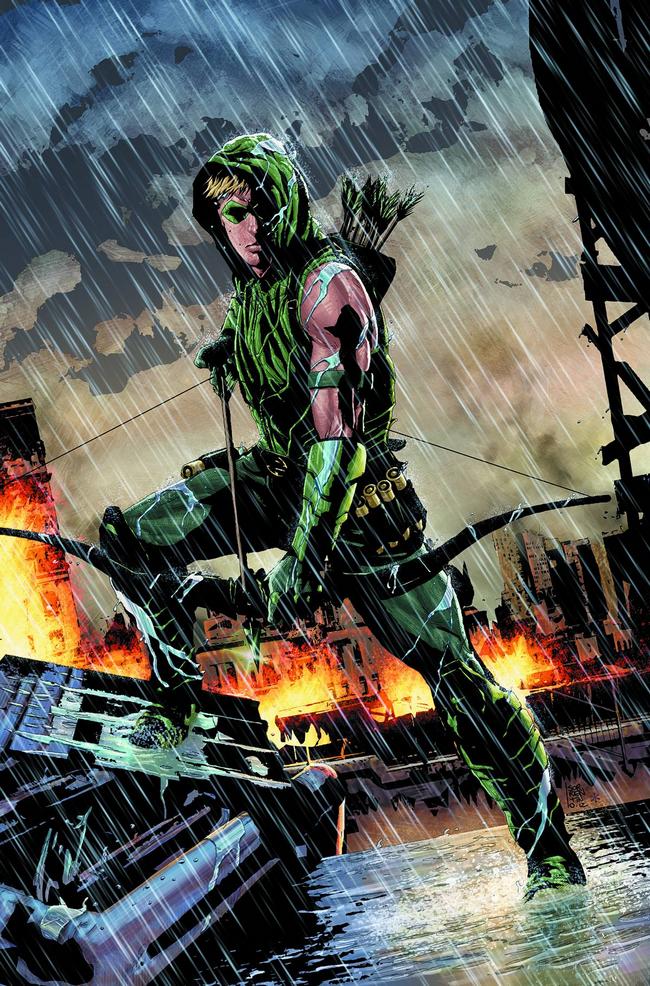 The entire GREEN ARROW run written by Jeff Lemire is collected in one hardcover, with stories from issues #17-34, SECRET ORIGINS #4 and FUTURES END #1! As Green Arrow discovers that his stranding on a desert island was more than just an accident, there seem to be more sinister forces at work behind all these sudden revelations. The Queen family is embroiled in a war generations old. A war of clans. A war of outsiders.

WHY TO WATCH FOR IT: After some story stumblings with DC’s reinvention of Oliver Queen for the new 52, readers lacked a prototypical starting point for fans of the “Arrow” television series to latch onto. With Jeff Lemire and Andrea Sorrentino, new readers were finally given something to bridge that gap. While this run delves deep into the supporting cast surrounding Ollie, what really stands out is the incredible art style and composition of Sorrentino. He’s able to masterfully craft each panel and page into something of significant interest and capture your attention. And just when you thought that was enough, Sorrentino destroys your retinas with gorgeous splash pages as you wipe the extra saliva dripping from the corner of your mouth. 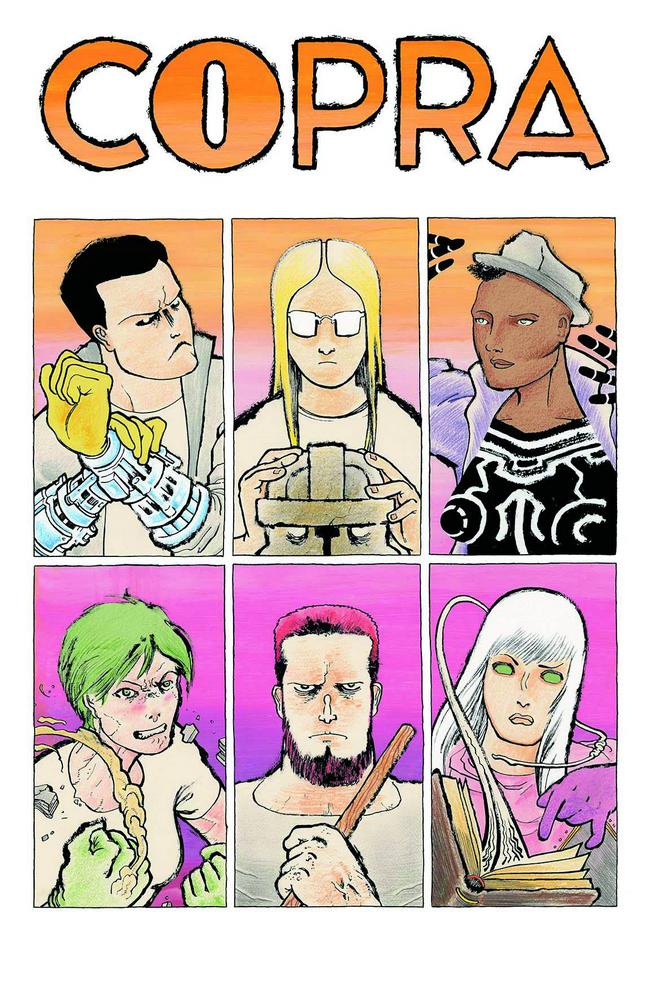 Old friends and older habits, cell blocks and beaches. Grandma’s homemade recipes and a cartel slaughterhouse. This is what the men and women of Copra call downtime. Their habit is vengeance, and they couldn’t stop if they wanted to. It’s the third volume of Michel Fiffe’s overpowering super-hero sidewinder. Get initiated in the fire.

WHY TO WATCH FOR IT: Michel Fiffe is creating one of the best action comics right now. Couple his unique art style with a faithful homage to 80’s style superheroes, you have a combination that’s slowly gaining recognition from comic readers in all corners of the market. The reflexive answer when people ask me about “Copra” is that this is a reinterpretation of Ostrander’s “Suicide Squad”, but it has developed into so much more than that; Fiffe has begun to push it even further.

Safety through obedience. Strength in conformity. Hydra is watching. Welcome to Hydra World, and its capital, New York. The city that had better sleep after curfew, if it knows what’s good for it. But when Ian Rogers, the hero named Nomad, finds himself in this rotten Big Apple, he will challenge its regime of terror. Nomad is no stranger to hellish surroundings – but in Hydra’s Battleworld domain, he will face a new kind of nightmare. A very personal foe with an all-too-familiar face: the Sentinel of Subjugation called Captain Hydra! As SECRET WARS rages, Nomad fights impossible odds. Can one man defeat a world? Or will he be forced to…Hail Hydra?! Plus: Hank Johnson, agent of Hydra, will make you look at faceless henchmen in a whole new light! Collecting HAIL HYDRA #1-4 and HANK JOHNSON, AGENT OF HYDRA #1.

WHY TO WATCH FOR IT: My editor Aaron Long is going to roll his eyes, but is it any wonder that I’d be picking this trade paperback for this week’s Trade Waiting? I was a fan of Remender’s venture into the untold stories of S.H.I.E.L.D. operatives in “Winter Soldier: The Bitter March”, and this is Remender continuing that tradition under the veil of Marvel’s Battleworld. Remender puts a bow on his last run at Marvel, and if you’ve been reading his Captain America run, it’s a nice supplement to his introduction of the new Nomad. 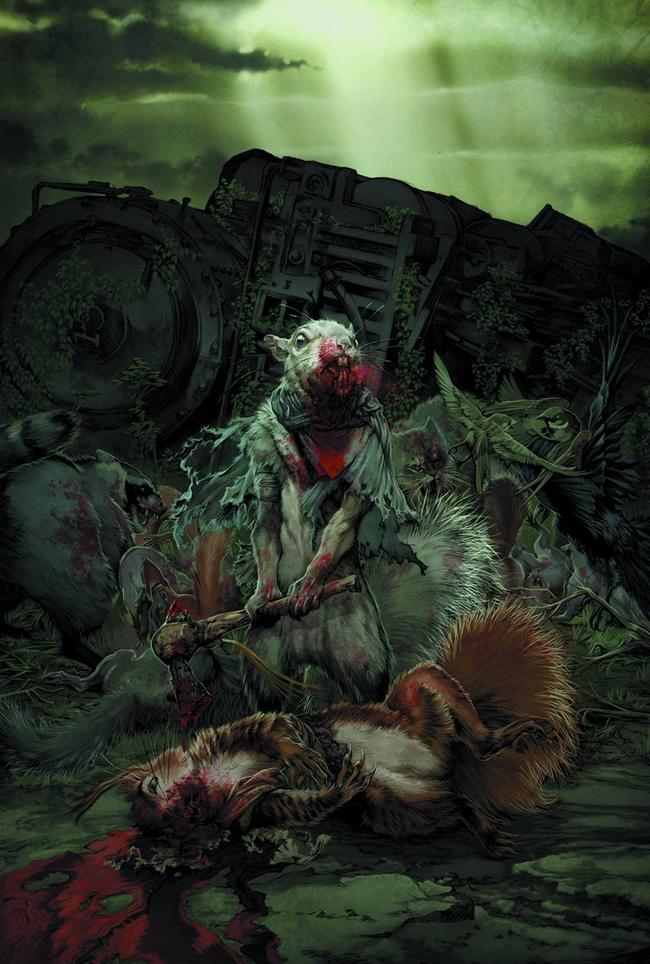 Collecting the breakout hit series’ debut miniseries, and setting the stage for more! Squarriors is a comic book serial that centers around several clans of animals living in a world recently voided of humans. Since the demise of humanity, the remaining animal life have become intelligent. The spark of rational thought creates an internal struggle for these creatures; instinct versus reason. And the clashing of these ideas erupts into ultra-violent wars across the planet!

WHY TO WATCH FOR IT: Don’t let the cute portmanteau title fool you, these squirrels are not to be taken lightly! Honestly, I didn’t want to take a chance on this series, but the art was too beautifully done for me to pass up. Squirrels and brutal hyper-violence adorn this comic as it surprisingly tells a decent story in the process. It’s worth checking out for that fact alone. 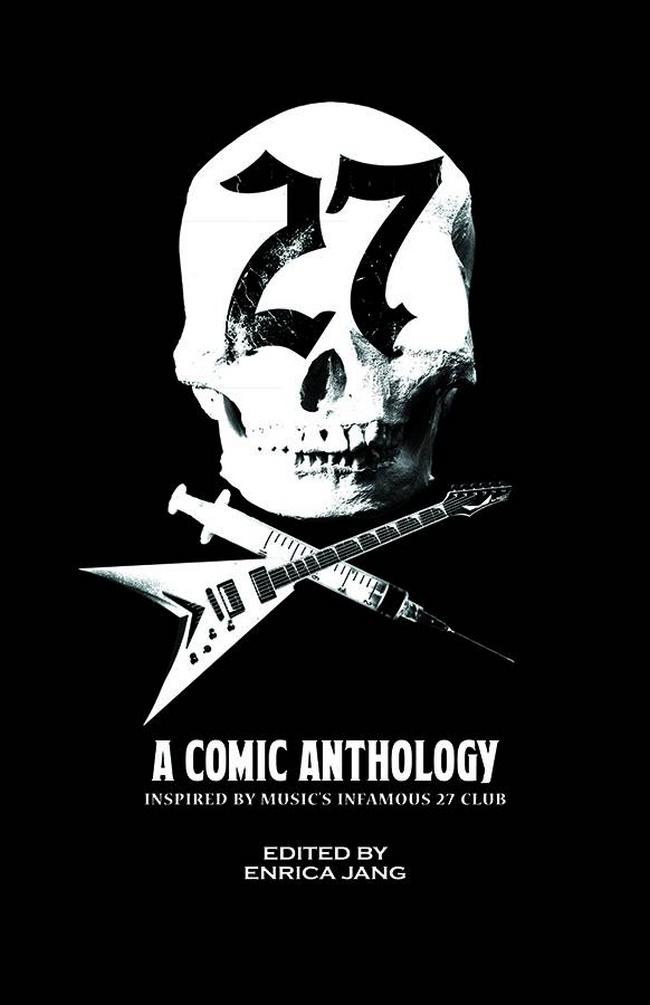 Stars burn hot, bright and then go out forever, but their light shines on for ages after. Members of the “27 Club” reached musical stardom early in life and died too young- specifically, the tender age of 27. Some of the club’s more famous members include Jim Morrison (The Doors), Janis Joplin, Jimi Hendrix, Kurt Cobain (Nirvana), and Amy Winehouse, among many others. For 27, A Comic Anthology, a rocking crew of fifty-four comic artists and writers were challenged to take their favorite song or member of the 27 Club and use their music as inspiration for new and original comic stories and vignettes. This collection is a rocking tribute to a select few of these lost stars and their shining, tragic legacy.

WHY TO WATCH FOR IT: This is notable to add to this week’s list not only because of it’s cross-culture appeal, but the graphic novel simply looks amazing and I love anthologies. Great thing to pick up with the extra gift cards that you accumulated from the holidays this season, or re-gift to the the friend you forgot.