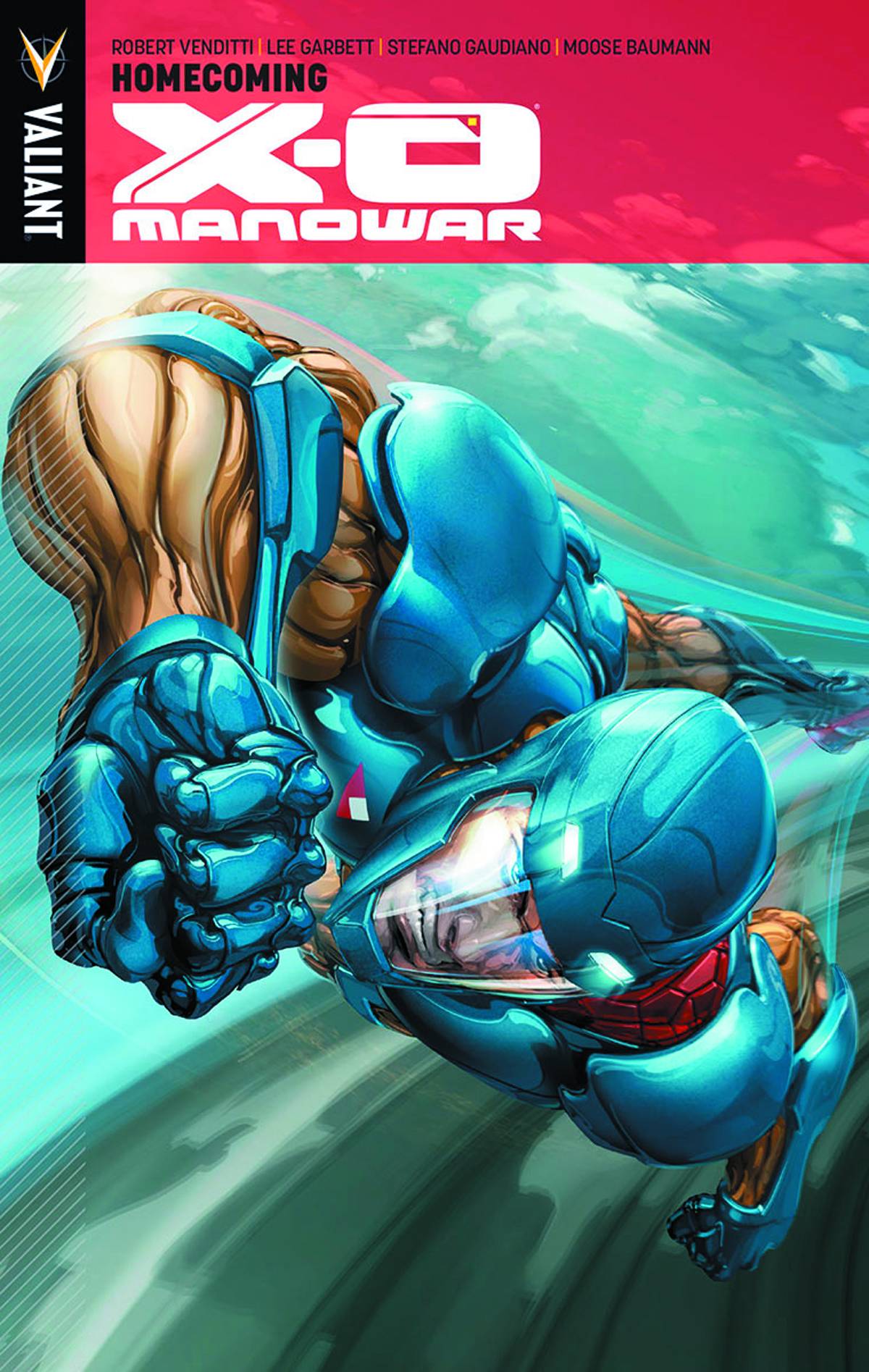 We are a mere 24 hours away from new comic books, and a whole fresh crop of collections as well! If your bookshelf is in need of a trade or hardcover infusion, look no further than the top five releases of December 31, 2013: 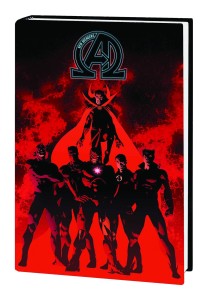 INFINITY TIE-IN! Who is the secret member of the Illuminati that many of the members don’t know about? And how does Black Bolt, mute monarch of the Inhumans, lie to his teammates? As the cold war between Wakanda and Atlantis heats up into a full-scale conflict, casualties begin to pile up – and an Illuminati member is forced to make a hard choice. But when an Inhuman learns of the Illuminati’s plans, everything falls apart. And as Thanos’ forces invade Earth, the Illuminati take to the front lines – and the House of Black Bolt cracks! How is Maximus the Mad involved, and what secret desires does Thanos harbor? As the battle for Earth continues, the Builders arrive – what an awful time for the Illuminati to face another incursion! Collecting NEW AVENGERS (2013) #7-12.

Why to watch for it: One third of the mighty Infinity epic, in hardcover format! Follow the Illuminati through incursions, invasions and more as Hickman’s epic story continues! 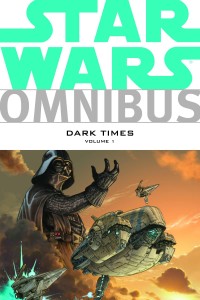 Master Dass Jennir will strive to find out what it means to be a Jedi in a changed galaxy now ruled by the Empire. Master K’Kruhk-suddenly responsible for a group of Jedi younglings-will sacrifice much for their safety. The struggles of the Jedi will intertwine with those of others now living in fear, including the diverse crew of a smuggling ship, the Uhumele, and a Nosaurian whose troubles begin when the Clone Wars end. Collects Star Wars: Republic #79-#80, Dark Times Volume 1-The Path to Nowhere, Dark Times Volume 2-Parallels, Dark Times Volume 3-Vector, and “Star Wars: Dark Times-Blue Harvest” Parts 1-2.

Why to watch for it: Randy Stradley and Doug Wheatley explore the dark times of the Star Wars universe after the Clone Wars! Follow Master Dass Jennir as he traverses a galaxy darker than many readers know… 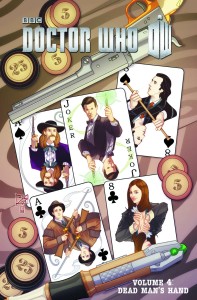 The Doctor and Clara cross paths with Oscar Wilde and Calamity Jane in the frontier town of Deadwood as they pay their respects to the recently passed Wild Bill Hickok. But soon they discover the grave is empty and that the town is being plagued by a masked gunman who shoots his victims with nothing but a finger!

Why to watch for it: Doctor Who fans may be reeling from the end of the Matt Smith era, but you can get a bit more of a hit of this Doctor with Vol. 4 of the final series of IDW’s Doctor Who run! 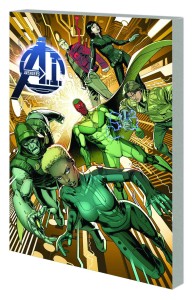 Hank Pym’s triumph has turned to tragedy – an unfathomable Pandora’s Box of destruction! When a brave new world is unleashed, only one team of Earth’s Mightiest Heroes can save us from the future: Avengers A.I.! Featuring the Vision, Hank Pym, Victor Mancha, Doombot, the mysterious Alexis and Monica Chang, agent of S.H.I.E.L.D.! As the Sentient Iron Man armor returns, Dimitrios – a powerful super-intelligence with a grudge against humanity – strikes! The Vision is thrown into the Diamond, a surreal new virtual world – but is he a prisoner there, or a savior? Either way, with the Vision MIA and AIs considered a threat, the new squad has little choice but to team with S.H.I.E.L.D. to face down Dimitrios. But what secrets does the powerful Alexis hold? Prepare yourself for the kingdom of thinking machines! Collecting AVENGERS A.I. #1-6.

Why to watch for it: Marvel’s androids have a lot of heart in this sleeper hit from Sam Humphris, Andre Araujo & Valerio Schiti. One of the stronger Avengers books on the shelves, A.I. is definitely worth checking out. 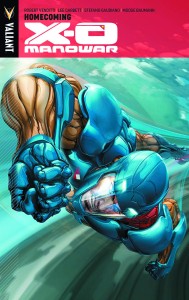 To this king…a kingdom. With his nation state of Dacia fortified in eastern Romania, X-O Manowar has bent the world to his will. But he will not stand unopposed. With the assembled forces of the United Nations and NATO primed to assail the newly founded homeland of the Visigoth people, the man inside the indestructible Manowar armor is about find himself more vulnerable than ever – and with everything he holds dear on the threshold of a terrible turning point for the Valiant Universe… Collecting X-O MANOWAR #15-18 and featuring X-O Manowar’s first explosive confrontation with the Eternal Warrior, start reading here as New York Times best-selling writer Robert Venditti (Green Lantern) and acclaimed artist Lee Garbett (Batman R.I.P.) launch a bold new era for the series that SuperHeroHype calls “a must read.”

Why to watch for it: Robert Venditti continues to build the foundation for the entire Valiant Universe as X-O Manowar drives toward the current events of Unity.