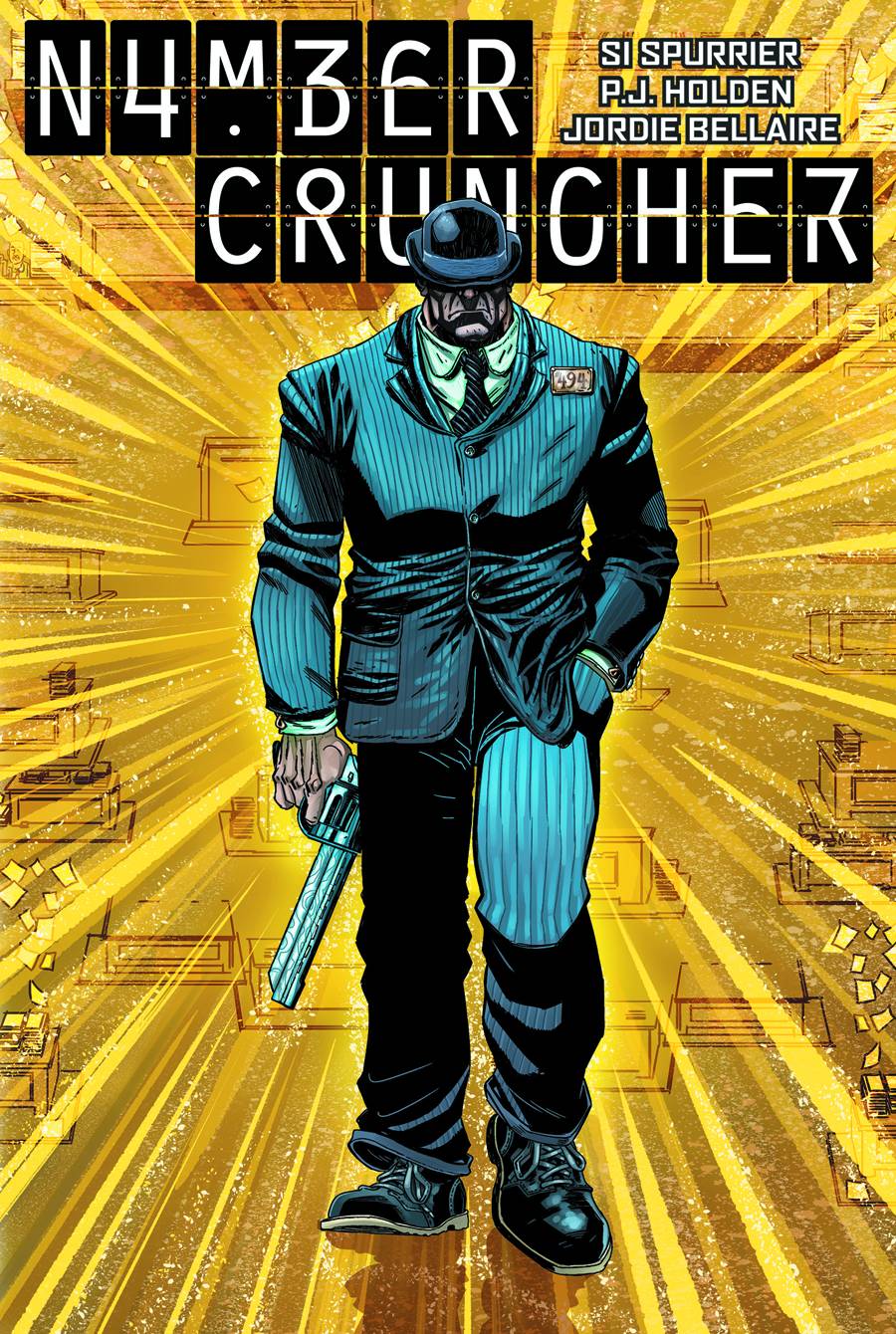 We are a mere 48 hours away from new comic books, and a whole fresh crop of collections as well! If your bookshelf is in need of a trade or hardcover infusion, look no further than the top five releases of December 4, 2013: 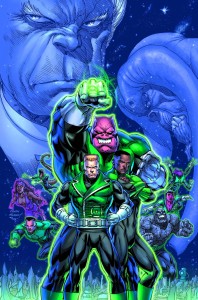 The Green Lantern Corps face their greatest threat ever when the Guardians deem them obsolete and raise The Third Army-but in doing so they unleash a far more dangerous threat: the First Lantern. Then, in the aftermath of their battle against the First Lantern and the Guardians, it’s up to Guy Gardner, John Stewart and the other survivors to try to put the Corps back together, or decide if there should even BE a Corps anymore. Join Peter Tomasi and Fernando Pasarin for the epic conclusion of their run in these stories from GREEN LANTERN CORPS #15-20 and GREEN LANTERN CORPS ANNUAL #1!

Why to watch for it: Johns gets all the Green Lantern credit, but Tomasi’s run on Green Lantern Corps was damn near as epic. The Corps changes forever in this volume, by one of the best Green Lantern writers ever. 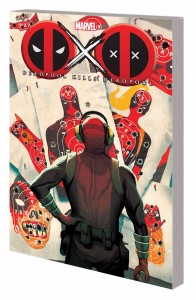 The final act of the Deadpool Killogy begins as Deadpool sets his sites on the ultimate target: himself! We hope you’re not a Deadpool fan – because he DIES in this story! Oh, but, uh…we hope you ARE a Deadpool fan, because, like…there are a lot of Deadpools in this story. Seriously, lots. And Deadpool has decided that it’s time to thin the Deadpool herd. But when Deadpool targets Deadpool…only Deadpool can win! And, I guess, you, because you get to read it. Warning: This explosive story contains more than 700 percent of your daily recommended Deadpool! And (spoiler alert) it may contain the death of your favorite character. Depending on how you feel about Deadpool. Either way, it all ends here! Collecting DEADPOOL KILLS DEADPOOL #1-4.

Why to watch for it: Cullen Bunn’s “Deadpool Kills” series have been fan favourites, and this one is unlike anything else. All the Deadpool you could ever want….with a ton o’ killin’ for flavour. 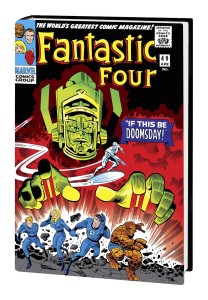 Stan Lee and Jack Kirby’s first 30 issues of Fantastic Four were just the warm-up – here’s where they really turn up the heat! Experience the boundless energy of two creators at the top of their game: the origin of Dr. Doom; the Frightful Four; the wedding of Reed Richards and Sue Storm; the Inhumans; the Silver Surfer; the Galactus Saga; the debut of the world’s first black super hero, the Black Panther; the cosmic clash between the FF, Surfer and Dr. Doom; and of course, “This Man, This Monster!” – widely regarded as the greatest FF tale of all! This massive collector’s edition, painstakingly restored from the sharpest material in the Marvel Archives, and packed with critical essays and bonus features aplenty, is nothing short of a cornerstone to the Marvel Universe! Collecting FANTASTIC FOUR (1961) #31-60 and ANNUAL #2-4.

Why to watch for it: Lee. Kirby. Fantastic Four. Omnibus. There isn’t much more to say than that. 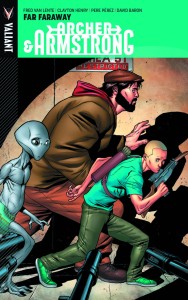 Castaways in the Faraway! Mary-Maria, Archer’s arch-nemesis/love interest/adopted sister, is back and dead-set on taking over the Sect by any means necessary. What better way to seize control of the most secret of secret societies than by unlocking their most secretive of secrets inside the secretest place on Earth? Now, as Mary-Maria sneaks her way inside Area 51 to claim a long-hidden prize, Archer & Armstrong are about to discover the forbidden history that binds America’s blackest black-ops base to the time-lost lands of the Faraway -wind up fighting their way through each of its tightly guarded mysteries, one punch at a time. Collecting ARCHER & ARMSTRONG #0 and ARCHER & ARMSTRONG #10-13 by New York Times best-selling writer Fred Van Lente (Amazing Spider-Man) and artists Clayton Henry (Incredible Hercules) and Pere Perez (Harbinger Wars), follow Valiant’s conspiracy-busting adventurers from the pages of their saga-smashing zero issue and into their most dangerous mission yet, right here in the next epic volume of the series that IGN calls “the most fun you’ll have in a ‘superhero’ comic”.

Why to watch for it: Archer & Armstrong is one of the most underrated comics in stores today and this third volume is nothing short of fantastic. Humour, action and so much more in the vein of Indiana Jones by an excellent creative team. Worth every penny and then some. 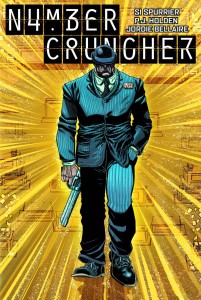 At its head, not a white-haired anthropomorphic deity with a harp and a throne but a wizened, weaselling old man with bad breath and bad attitude. At his right hand, Bastard Zane, a surly civil servant with a big gun whose job it is to stop those who think they can buck karma. And then there’s Richard Thyme: genius mathematician and a man who will do whatever it takes to defy Fate and return to his one true love – even if he is dead.

Why to watch for it: Si Spurrier’s critically acclaimed hit, in a nice little hardcover edition. Take a look at the world through completely different eyes in this unique series.