Welcome to the first Trade Waiting of December, your one-stop-shop for the five hottest collections being released on December 5, 2012. This is a heavy “indie” week, with the Big Two mostly taking a back seat to some great independent books. 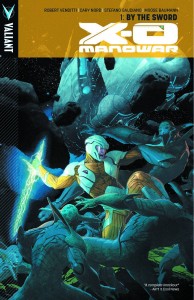 The beginning of the all-new Valiant Universe starts here! Aric of Dacia is a brash warrior and heir to the throne of the Visigoth people. He has lived his life under the heel of the Roman Empire, but now a far more terrible enemy has come to subjugate him. Taken from his home and family, Aric is enslaved aboard a starship belonging to a brutal race of alien colonizers known as The Vine. If he is to have any hope of escaping and returning to Earth, he will have to steal the Vine’s most powerful weapon – a sentient suit of indestructible armor – and become X-O Manowar!

Why to watch for it: The first title in the reborn Valiant Universe kicked it all off with a bang and has helped vault Robert Venditti into two gigs at DC. This book and character are becoming a force to be reckoned with, and this first volume of X-O Manowar is superbly crafted. Great storytelling, great art, great book. 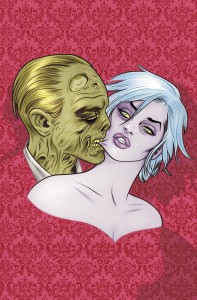 This final collection contains iZOMBIE #19-28! Following a zombie invasion and some major heartbreaks, Gwen is hiding out in her crypt. But Galatea and Dr. Coffee are determined to give the town more to worry about – and the only one standing in their way is Amon the dashing, deadly mummy, and the end of the world as we know it.

Why to watch for it: It is the final volume, and it is by Roberson and Allred. Does more really need to be said than that? Critically acclaimed, adored by fans, a zombie tale like no other. 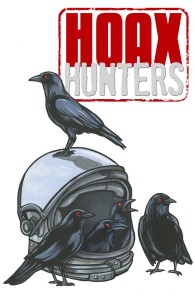 In this first collection of the critically acclaimed series, the Hoax Hunters travel to Russia, the Louisiana Bayou, and 1984 New Jersey to seek out the truth behind supernatural events – and cover them up! The Hoax Hunters demonstrate the truth isn’t out there. Includes the much sought after issue 0.

Why to watch for it: One of the surprise hits of 2012, Hoax Hunters lept from the backup pages of Hack/Slash and has been holding it’s own very well as a standalone title. Eerie, creepy, and entertaining, you need to read this book if for no other reason than to behold the creature on the cover. 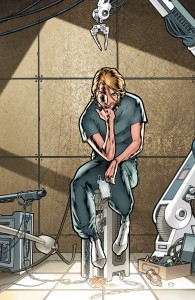 Dr. David Loren is many things: child prodigy, inventor, genius, slacker… mass murderer. When a military think tank’s smartest scientist decides he can no longer stomach creating weapons of destruction, will he be able to think his way out of his dilemma or find himself subject to the machinations of smaller men?

Collecting the original series in its entirety, this trade paperback also is jam packed with a complete cover gallery, bonus articles, behind-the-scenes sketches, and more! 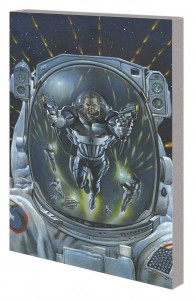 This book is exactly what it sounds like: The Punisher kills everything…IN SPACE! Punishment is a dish best served in the cold vacuum of outer space, as Frank Castle shoots his way through an interplanetary criminal hierarchy – starting with the Sym-Brood-ant Queen! Then, the Punisher sets his laser sights on a dramatically different version of the Avengers, taking on the incredible Hulk – but when he infiltrates the Avengers’ spacefaring HQ, he finds himself mightily outmatched! Can Frank Castle pull victory from the jaws of defeat, or will he find himself walking home without a helmet…IN SPACE?
Collecting SPACE: PUNISHER #1-4.

Why to watch for it: IT’S THE FREAKIN’ PUNISHER…IN SPACE! Death! Mayhem! Destruction! In space! Tieri is a madman and Texeira brings this oddly awesome book to life, and chaos ensues….in space!