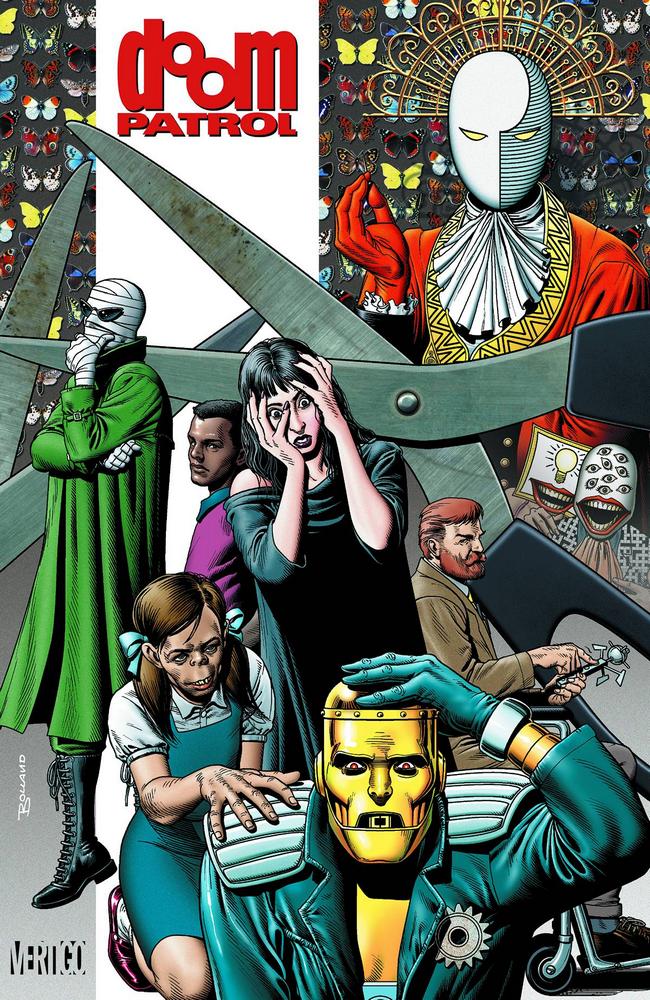 Salutations my fellow TRADE WAITERS! I’m a day late, but the show must go on, which means it’s time for a look at the week’s hottest trade paperbacks, collected editions, and graphic novels in this edition of “Trade Waiting” – your weekly spotlight of five noteworthy comic book collections that are being released this coming Wednesday and why you should watch out for them!

In these tales from DOOM PATROL #19-34, the world’s strangest heroes have left behind almost every vestige of normality. Shunned as freaks and outcasts, the Doom Patrol faces mystifying threats that must be defeated-at any cost. These are the epics that introduced Rebis, Crazy Jane, Dorothy Spinner, the Brotherhood of Dada and more!

WHY TO WATCH FOR IT: By now, Grant Morrison is a household name in comics. His appreciation and passion for the medium is undeniable and is one of the many pioneers that embraced a true alternative to mainstream comics without any disrespect to the legendary stories that came before them. In Doom Patrol, you get exactly that and more. As a youth, when Marvel’s X-books were becoming too boring, this series reinvigorated my appreciation for the rebellious, weird, and awry form of storytelling. Years later, upon revisiting this series, the amount of faithful homage to the legacy of comics, while still providing the rebellious, weird, and awry comic is something that I wholeheartedly appreciate more now. 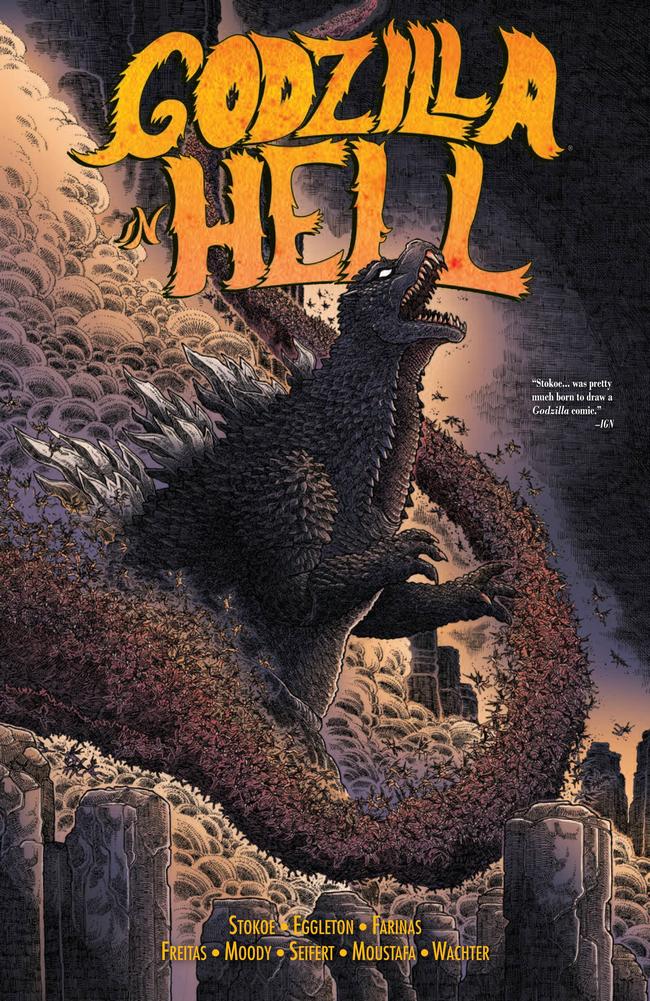 Godzilla meets his greatest adversary of all time-the impossible tortures of Hell! Each issue of this special miniseries will see Godzilla enter a new level of the underworld to do battle with the impossible.

WHY TO WATCH FOR IT: Godzilla. In. Hell. This is exactly what you’d expect from those three words, but what you might not have expected is some the most amazing art featured here from professional artists that clearly have a love for the premiere kaiju character. I recommend listening to some lyric-less metal music while you read because it enhances the unabashed experience. 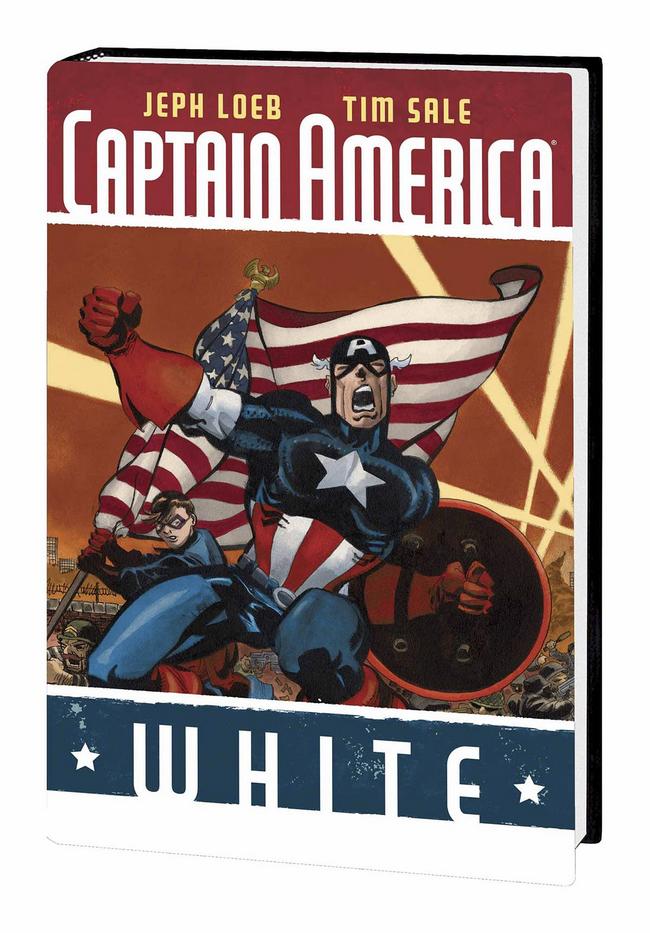 Journey back to the Big One as Captain America recalls one of his most incredible missions. It’s 1941, and the Howling Commandos are enjoying a respite from the ordeal of World War II — until Cap and his faithful partner, Bucky, lead them into the hands of the enemy! As the Nazis unleash their latest deadly soldiers, an old ally lends a hand — but an even older enemy will threaten America’s greatest hero like never before. Will the Sentinel of Liberty gain his freedom in time to rescue Paris from the clutches of a monster? The Eisner Award-winning creative team of Jeph Loeb and Tim Sale (DAREDEVIL: YELLOW, HULK: GRAY, SPIDER-MAN: BLUE) reunites to deliver another colorful exploration of the early days of a Marvel icon! Collecting CAPTAIN AMERICA: WHITE #0-5.
Rated T+

WHY TO WATCH FOR IT: This comic book has finally arrived and now collected in hardcover. The creative team that brought you an exceptional amount of Marvel heroes and their artistic incorporation with a particular color –and some of the most heralded Batman stories in “The Long Halloween” and “Dark Victory” –have taken on the Star-Spangled Super Soldier with a story that harkens back to his old days. While not necessarily my favorite story from the creative duo of Loeb and Sale, it’s still an interesting and captivating story that Captain America fans can assuredly appreciate. 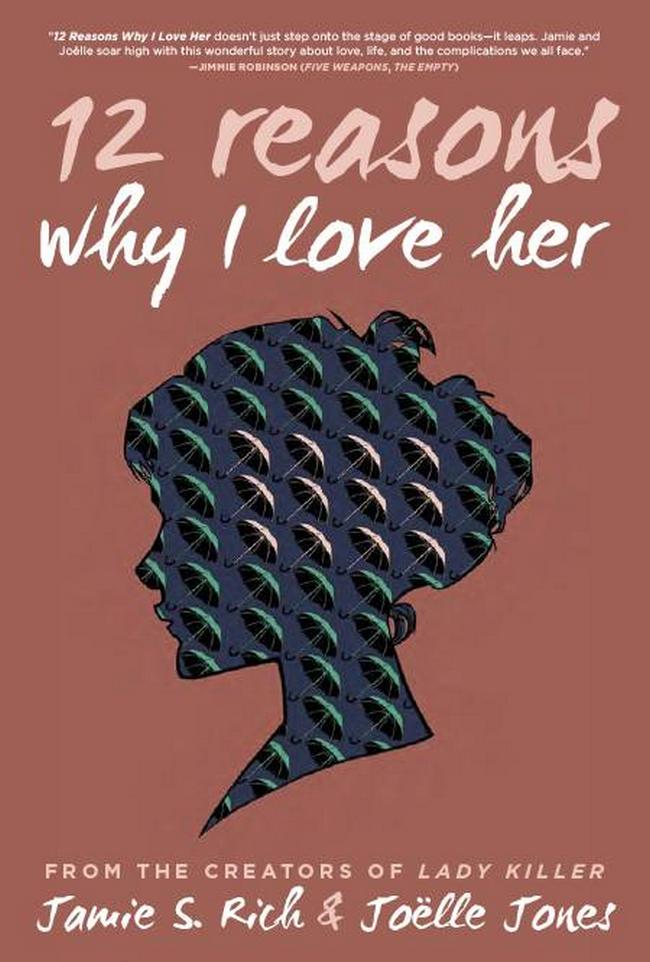 The classic romance from the team behind Lady Killer is back in print with a brand new hardcover edition! Now in a larger size, and featuring excerpts from the original script, this 10-year anniversary edition is perfect for fans of Fresh Romance. Twelve vignettes reveal the story of young couple Gwen and Evan’s tumultuous relationship, one small piece at a time. It all adds up to an unforgettable romance rife with drama, humor, and heart.

WHY TO WATCH FOR IT: Admittedly, romance comics is a genre that I’m not the most experienced in. With that said, I think Lady Killer is an exceptional comic, and the creative team of Rich and Jones is enough to stoke my curiousity with this book. Jones first got my attention with her art in the Oni Press series, “Helheim” and “Bride of Helheim”, and I absolutely love it. This 10-year anniversary edition is a great way to explore how this creative team evolved, and also get an adorable exploration of a clamorous couple. I’m also a sucker for original scripts and larger size books included in anniversary editions for about $20. 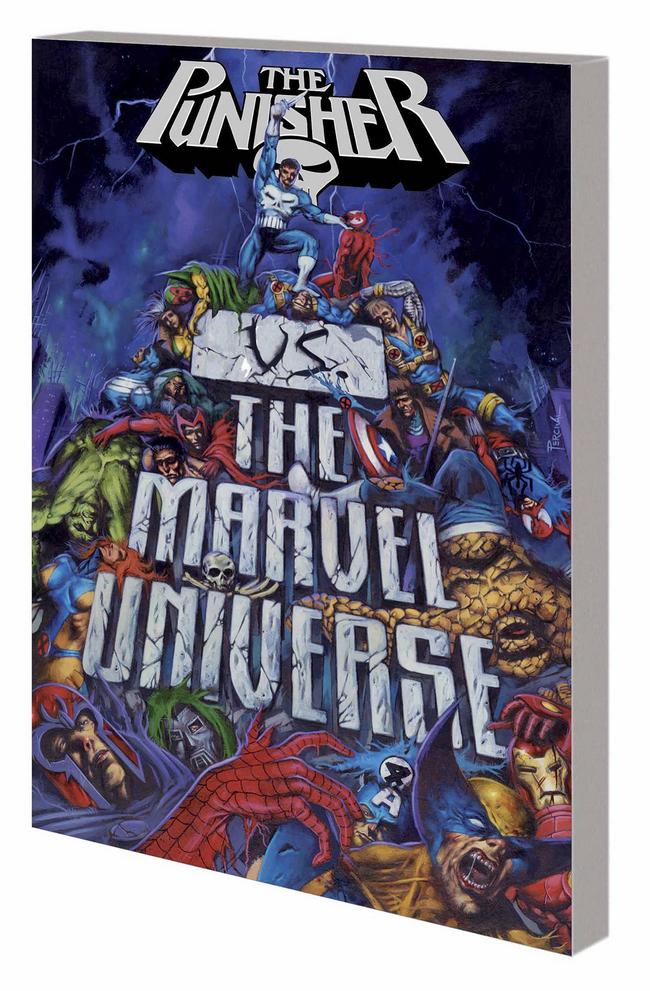 The Punisher literally kills the Marvel Universe in a classic tale by one of Frank Castle’s signature writers, Garth Ennis! But don’t worry, the MU is back for round two — kind of — in a post-apocalyptic war zone filled with cannibalistic super types. Plus: Bullets fly in some of Frank’s best clashes with the costumes and capes! He’ll come between old pals Luke Cage and Iron Fist, and gatecrash Spider-Man’s volatile first meeting with Nightcrawler — this ain’t no team-up! Watch him make Spidey, Daredevil and Wolverine look like a Confederacy of Dunces, and prepare to be amazed when the Punisher takes on the Avengers! Yes, even Thor! Collecting PUNISHER KILLS THE MARVEL UNIVERSE, AMAZING SPIDER-MAN (1963) #161-162, HEROES FOR HIRE (1997) #9, PUNISHER (2001) #33-37, PUNISHER WAR ZONE (2012) #1-5 and MARVEL UNIVERSE VS. PUNISHER #1-4.
Parental Advisory

WHY TO WATCH FOR IT: The pinnacle of everything you’d ever want if you are a Punisher fan. This collection vindicates Punisher’s place in the Marvel Universe as the definitive anti-hero vigilante. Witness Frank Castle strategically (and unstrategically) take down some of your favorite characters in the Marvel Universe, that can provide a foothole for your arguments in the comic shop over which superhero could beat whom. Not to mention, there’s a bit of luscious insight to potential motivations to The Punisher. Just because Castle doesn’t have super powers doesn’t mean he can’t punish!