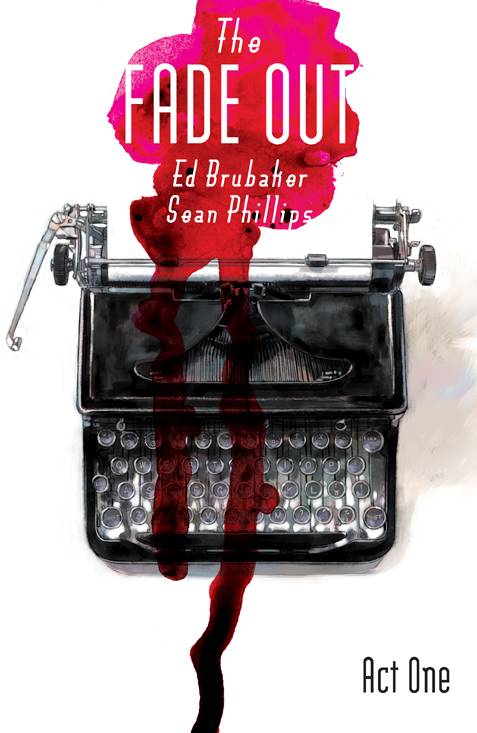 BRUBAKER & PHILLIPS’ newest hit series, THE FADE OUT is an epic noir set in the world of noir itself, the backlots and bars of Hollywood at the end of its Golden Era.

A movie stuck in endless reshoots, a writer damaged from the war and lost in the bottle, a dead movie star and the lookalike hired to replace her. Nothing is what it seems in the place where only lies are true. THE FADE OUT is BRUBAKER & PHILLIPS’ most ambitious project yet.

WHY TO WATCH FOR IT: If you thought there were limits to the crime, pulp noir that Ed Brubaker and Sean Phillips can create, you should think again. Not only is this world fully realized in each of these pages, but it’s also an interesting vignette into the Hollywood underworld when it was just starting to viably emerge. This is an intelligent and suspense-filled creation that is sure to grab your attention. 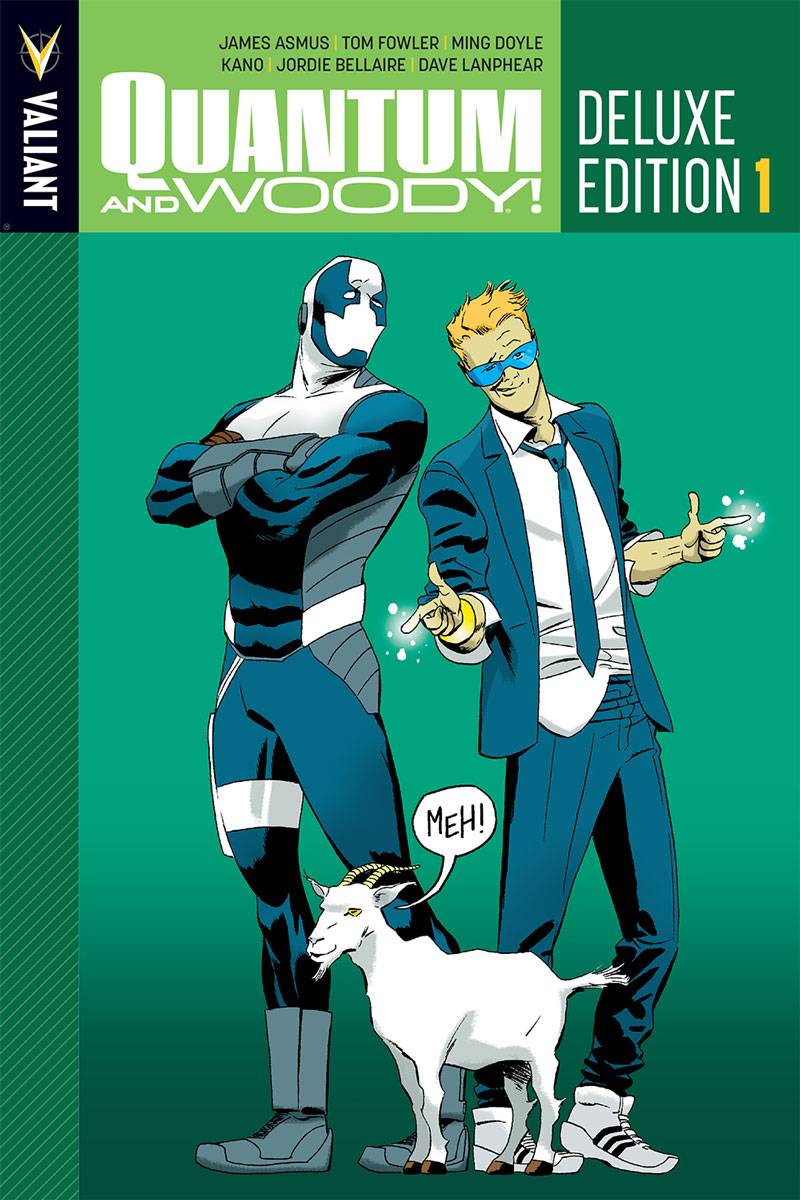 Once upon a time, Eric and Woody Henderson were inseparable. Adopted brothers. Best friends. Brilliant minds. Years later, they are estranged siblings, petty rivals, and washedup failures. But when their father’s murder leads them into the throes of a life-altering scientific accident, Eric and Woody will find themselves with a whole new purpose – and a perfectly legitimate reason to wear costumes and fight crime. Go big or go home, folks!
Quantum and Woody are coming!

WHY TO WATCH FOR IT: Quantum and Woody is easily some of the best work I have ever read from James Asmus. The amount of clever jokes, quick wit, and unabashed dialogue are just a small portion of what makes this series such a great read. Amongst all the slapstick and potty humor, Asmus is still able to tenderly touch your heart and soul. This collection is an absolute perfect introduction for comic readers that missed out and have been curious about all the buzz this series has been making in the Valiant Universe. 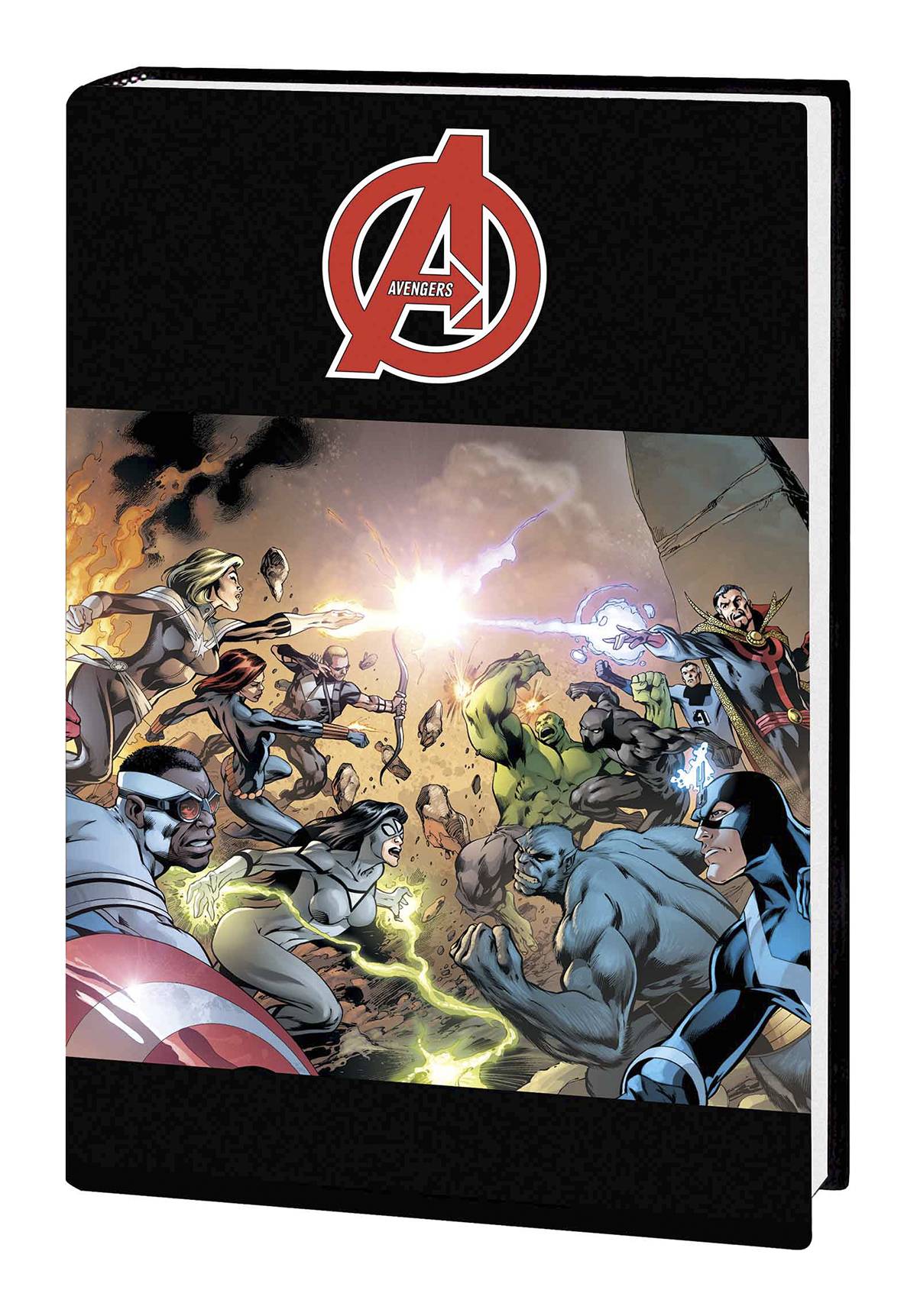 For Earth’s Mightiest Heroes and the Illuminati, it has all been building to this. After two years of carefully crafting his cataclysmic saga, writer Jonathan Hickman jumps ahead eight months to the grand finale, the honest-to-goodness immediate future of the Marvel Universe – and the day of the Final Incursion! After the revelation of the Illuminati’s desperate, world-destroying actions, the Avengers are fragmented! While one group seeks out the Illuminati for a confrontation, another takes the fight to the new Cabal! Discover what has become of Tony Stark – to say nothing of Dr. Strange! And have all the battles they’ve endured, and the sacrifices they’ve made, prepared either group for the inevitable moment where time runs out for everybody? The second act of the astonishing climax to Jonathan Hickman’s legendary run is here! Collecting AVENGERS (2012) #38-39 and NEW AVENGERS (2013) #26-28.
Rated T+

WHY TO WATCH FOR IT: Secret Wars is coming to shake up the status quo of the Marvel Universe, so you need to get caught up on all the incredible suspense and science fiction that Jonathan Hickman and this spectacular art team have been crafting. There is betrayal, plotting, and motive-questioning with genuine repercussions at the expense of some of your favorite Avengers. 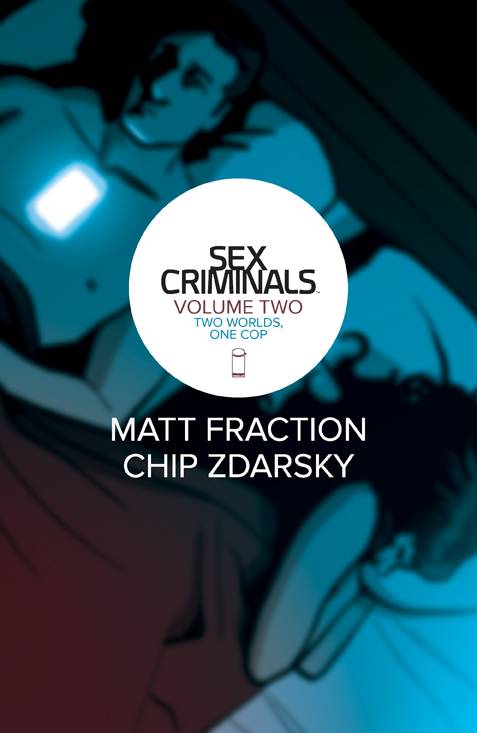 The second storyline from the Eisner-award winning SEX CRIMINALS finds the honeymoon to be over for Jon and Suzie. Once the thrill of new lust fades, where do you go? Come along and laff and love with Matt and Chip as they brimp back ceaselessly against the past.

WHY TO WATCH FOR IT: Sex Criminals is one of those stories that is so funny, ambitious, and genuine that it had no choice but to captivate readers from all around. The team of Matt Fraction and Chip Zdarsky continue to put forth some of their best creative efforts in this volume, as Jon and Suzie emerge out of their puppy love adoration and start dealing with real problems that inevitably come in any relationship. 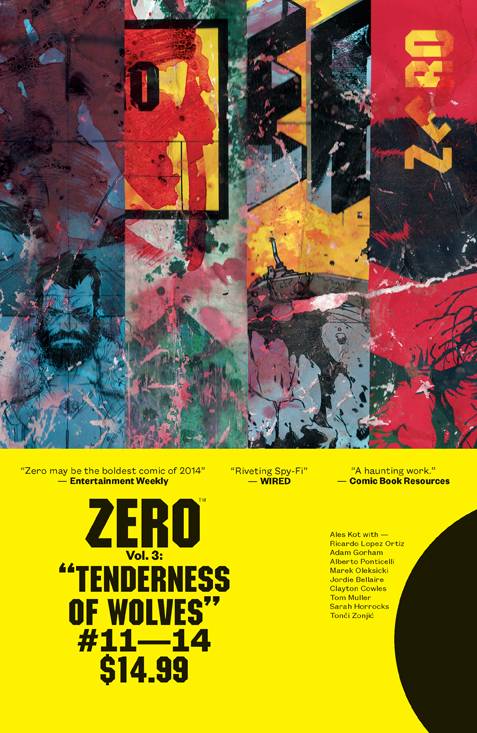 Edward Zero quit being a spy thug, left the Agency, found a better life in Iceland. But when a volcano erupts and the past comes back in a myriad of ways, what does the path ask of him? Palestine, Belfast, the laboratory in the woods-they all come back into play now.

WHY TO WATCH FOR IT: Zero is a break out series from Image Comics that pulls absolutely no punches artistically or in its composition. Each issue is done with a different artist with a particular viewpoint of the story. In this case, each issue is a fantastic isolated story, but when combined makes it far greater than the sum of its parts. Ales Kot’s storytelling abilities shines dramatically in this series.