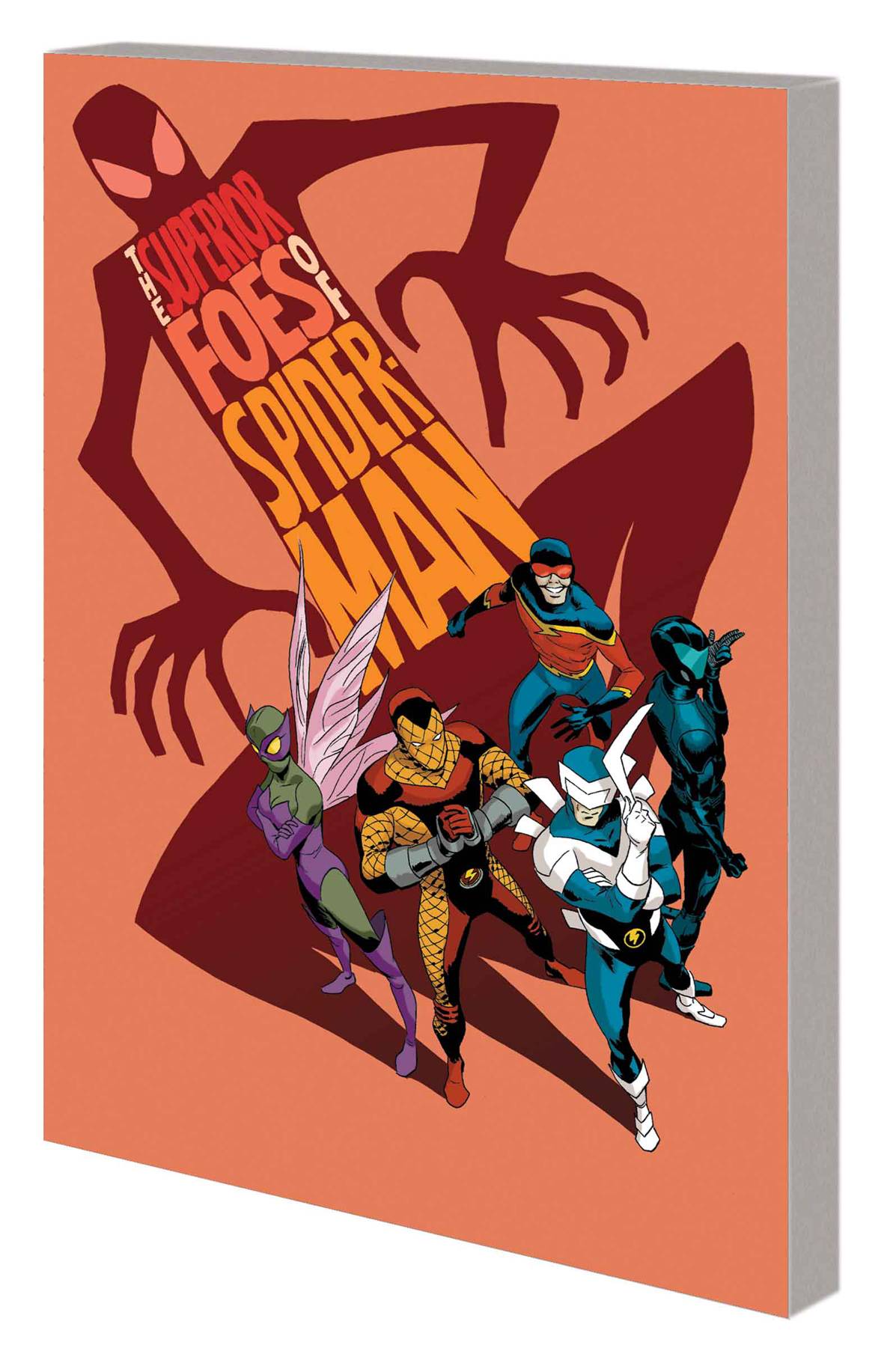 We are a mere 48 hours away from new comic books, and a whole fresh crop of collections as well! If your bookshelf is in need of a trade or hardcover infusion, look no further than the top five releases of February 26, 2014: 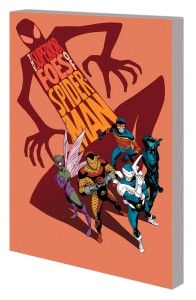 SUPERIOR FOES OF SPIDER-MAN VOL. 1: GETTING THE BAND BACK
Written by Nick Spencer
Art by Steve Lieber
Published by Marvel Comics
Price: $16.99

It’s a new sleeper-hit series starring some of Spidey’s deadliest baddies! Boomerang and his fellow villains prove that with terrible powers come terrible responsibilities, and Spider-Man will soon learn that with superior villains come superior problems! Out on bail and aiming to stay out of jail, Boomerang must get his cronies on target – but does Frank Castle, the one-man army known as the Punisher, have them targeted already? The Foes have a plan and the means to pull it off, but they’re about to learn the hard way that you can’t steal the head of Silvermane without severe repercussions! Rising star Nick Spencer teams with Eisner Award-winning sensation Steve Lieber for a walk on the Spider-Verse’s evil side! Collecting SUPERIOR FOES OF SPIDER-MAN #1-6.

Why to watch for it: IT. IS. AWESOME. Universally awesome. One of the most fun series in the Marvel lineup, waiting for you! 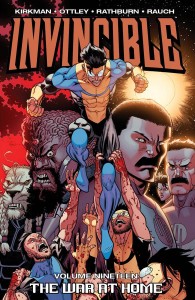 Angstrom Levy returns to take revenge on Invincible and all those he holds dear.
Collects INVINCIBLE #103-108

Why to watch for it: Invincible has passed the century mark and not slowed down one bit. Get more Kirkmania with all-star art by Ryan Ottley. 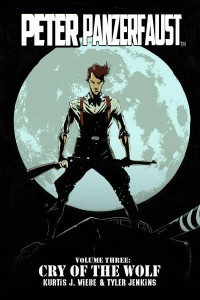 Having faced the wrath of The Hook, Peter and the Lost Boys join forces with the Braves in guerilla warfare from their secret hideout in the Sticks. This time, Felix is the man with the memories, and as Mr. Parsons soon learns, he’s not eager to revisit that life.
Collects PETER PANZERFAUST #11-15

Why to watch for it: Peter Panzerfaust is one of the most unique series on store shelves and volume three continues the critically acclaimed story. Step into Felix’s memories and dig deeper into the world of Peter Panzerfaust. 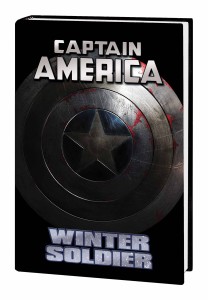 For more than fifty years, the Soviets employed an undercover agent – an unstoppable, untraceable killer known as the Winter Soldier. His suspected identity? Bucky Barnes, Captain America’s one-time partner, thought to have died during World War II. Now, the Winter Soldier is back, working for the ruthless General Lukin – who has obtained a functional Cosmic Cube, a weapon of limitless power that can bend reality itself. Vowing to end Lukin’s reign of terror and destruction, Captain America relentlessly tracks the Cube – only to find himself face-to-face against the Winter Soldier. Will Cap be forced to battle his resurrected partner so soon after finally learning the astonishing truth? Five-time Eisner Award-nominee Ed Brubaker’s tale of suspense and intrigue has had both critics and fans reeling! Featuring never-before-seen extras and a new introduction by Ed Brubaker! Collecting CAPTAIN AMERICA (2005) #1-9 and #11-14.

Why to watch for it: C’mon…the source material for that kickass trailer. Read it. Now. 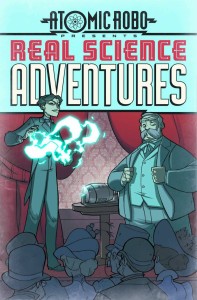 In the aftermath of the financial panic of 1893, Nikola Tesla and the Centurions of Science are all that stand between the rule of law and a shadowy cabal of corrupt industrialists plotting to usurp the federal government of the United States. Featuring: Black Coats, Swamp Men, the vast pneumatic tube network of New York City, and tons of action tying it all together!

Why to watch for it: Brian Clevinger’s Real Science Adventures digs deeper into the world of Robo, and you should too! Atomic Robo is a gem and these short looks do a great job of fleshing out the world the primary series exists in…and they’re entertaining as can be!