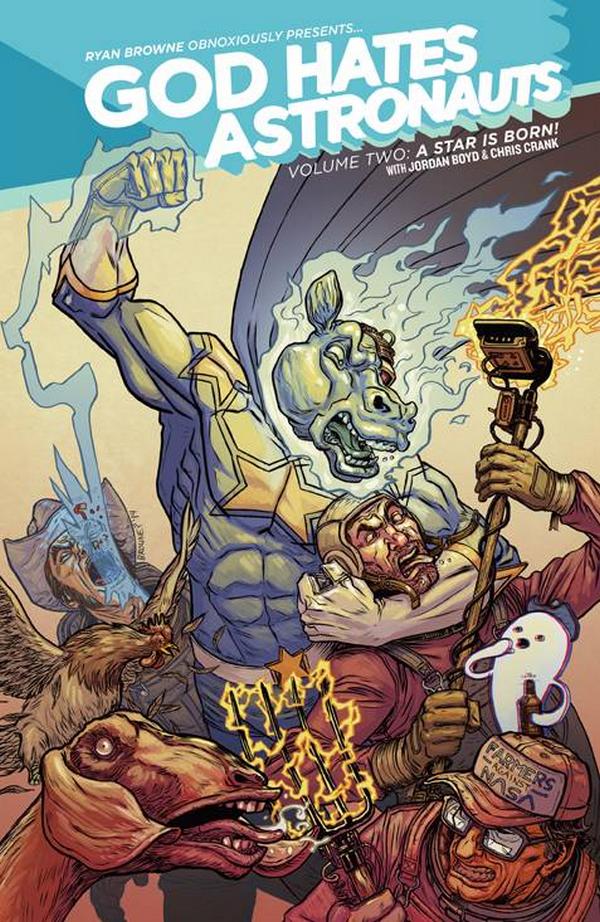 This one comes in a little late after some Superbowl debauchery that took place. Nevertheless, it is still time for another look at some of the hottest trade paperbacks, collected editions, and graphic novels in this week’s “Trade Waiting” –your weekly spotlight of five noteworthy comic book collections that are being released to stores this Wednesday and why you should watch out for them! 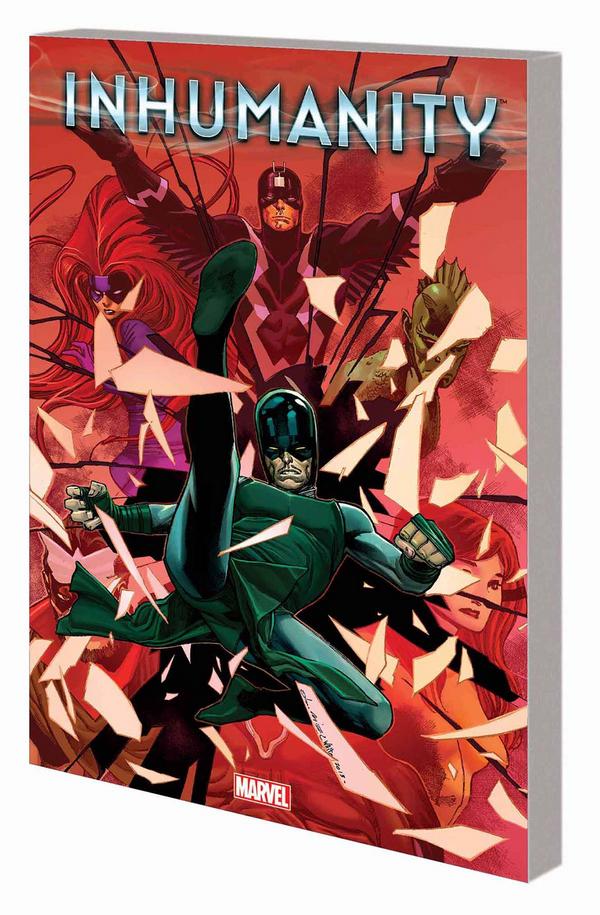 For millennia, they hid in plain sight – forgotten descendants of a secret race transformed by alien science, living ordinary lives, unaware of their godlike potential. They could be your Dr.. Your mailman. Maybe even you. But now the kingdom of Attilan has fallen. Its royal family has been sundered. And the Terrigen Bomb has revealed the Inhumans in mankind’s midst. As individuals across the globe manifest uncanny new abilities, the Avengers, X-Men, Hulk, Spider-Man and more face a world forever altered. And with her husband gone, Queen Medusa must unite her scattered people and lead them into a new Inhuman Age. Collecting AVENGERS ASSEMBLE (2012) #21.INH-23.INH, INHUMANITY #1-2, UNCANNY X-MEN (2013) #15.INH, INDESTRUCTIBLE HULK #17.INH-19.INH, NEW AVENGERS (2013) #13.INH, IRON MAN (2012) #20.INH, INHUMANITY: THE AWAKENING #1-2, AVENGERS A.I. #7.INH, MIGHTY AVENGERS (2013) #4.INH-5.INH and INHUMANITY: SUPERIOR SPIDER-MAN #1.
Rated T+

WHY TO WATCH FOR IT: I admittedly wrote this title off after the fumbling of writers and art that kickstarted this series upon its initial launch and doubted its survival. Somehow, it managed to unravel its way out and has emerged as an exciting new series under scribe Charles Soule titled Inhuman. While this is mostly a one-shot combined with a bunch of series tie-ins, its a nice gateway for readers that are looking to stoke the fire after and learn about Inhumans after reading Ms. Marvel. 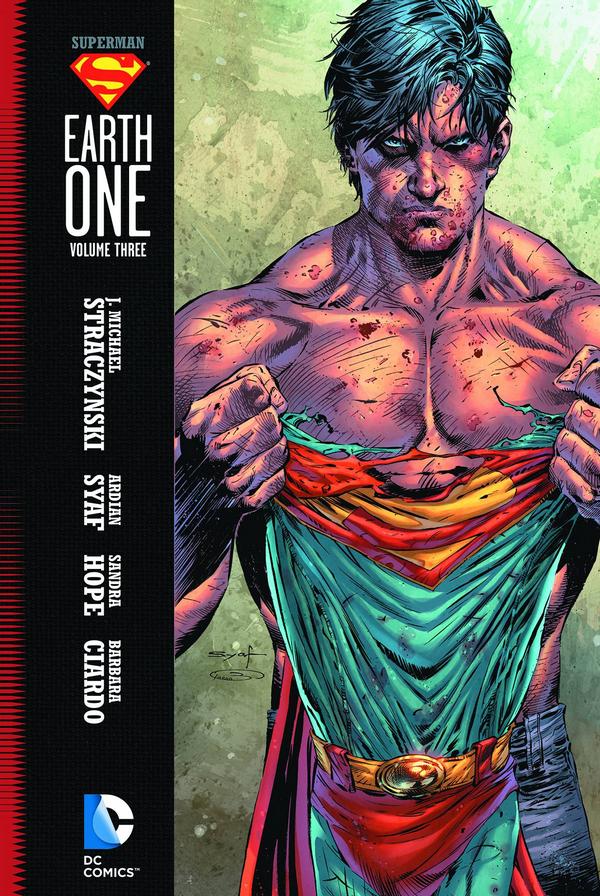 Who will save Superman? He may be invulnerable – but he’s also alone! In his brief career as a costumed hero, Clark Kent has run a gantlet of the world’s most deadly and monstrous villains. But his most dire threat may come from two powerless humans who happen to be the two smartest people on the planet. Lex and Alexandra Luthor have been paid to find a way to cancel Superman’s powers – and the man who destroyed Krypton has been welcomed by the world’s governments to complete his mission – with the murder of Kal-El! Betrayed and at his most vulnerable, there’s no place to hide and no one Superman can trust!
Don’t miss the follow-up to the New York Times #1 best-selling graphic novels SUPERMAN: EARTH ONE VOL. 1 and 2!

WHY TO WATCH FOR IT: I didn’t mind volume one of Straczynski’s Superman: Earth One. I wasn’t a fan of volume two. Needless to say, this volume has me teeming with curiousity and anticipation of which side of the coin this volume will land. I’ve been enjoying the other Earth One universe books DC has been putting out recently, so I’m having high hopes for this one.

The first collection of the new, sold-out series of GOD HATES ASTRONAUTS! Perfect for new readers! Behold the invasion of King Tiger Eating a Cheeseburger and his legion of space crabs! NASA must utilize their every resource (A guy with a ghost-cow head, a bunch of magic bears, and a Chicago cop with robot arms) to avoid an intergalactic incident!

WHY TO WATCH FOR IT: I was reluctant to indulge into this offbeat and brash sense of humor and style featured in this series, until I revisited it. Now, I fully appreciate Ryan Browne’s wild and zany humor that he pours into this series on every page. Prepare to laugh and possibly be offended. 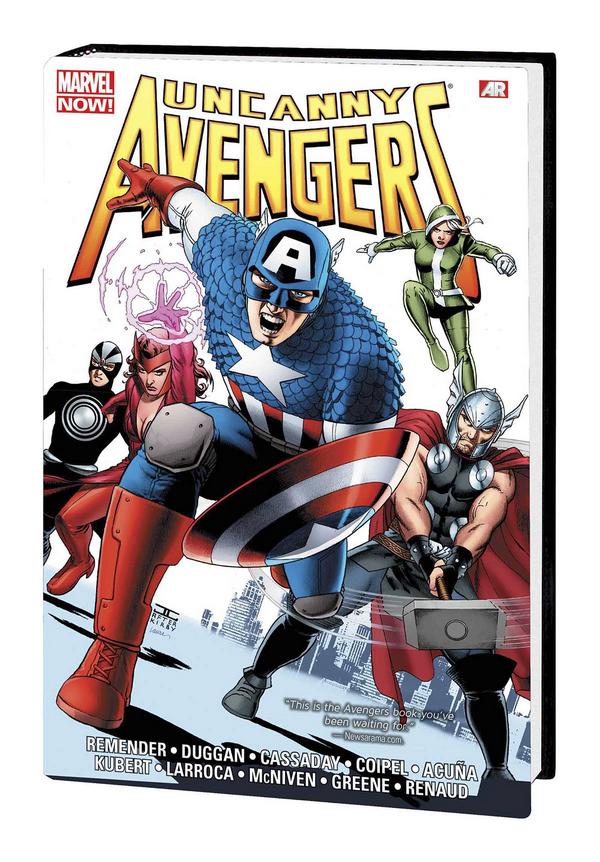 In the wake of Professor X’s death, Captain America creates a new Avengers unit comprised of Avengers and X-Men – humans and mutants working together. But the Red Skull has plans to destroy all mutants – and when he exhumes Xavier’s telepathic brain, he just might be able to do it! Can the new squad triumph over the Skull’s bizarre S-Men? Meanwhile, the Apocalypse Twins arrive with shocking plans for the future! The new Four Horsemen of Death are unleashed, and Avengers begin to die. But with the fate of the world literally in the balance, what happens if the heroes fail? Years in the future, Kang the Conqueror’s Chronos Corps arrive on Planet X – but can the shattered remains of the team salvage the past? Rick Remender’s epic saga is collected in one volume! Collecting UNCANNY AVENGERS #1-25, #8AU and ANNUAL #1.
Rated T+

WHY TO WATCH FOR IT: Rick Remender’s explosive new team that rose from the ashes from of Marvel’s AvX event to become the Avengers Unity Squad –uniting X-Men and Avenger under one banner led by the mutant Havok. Remender digs deep into the Marvel sandbox of continuity and story and doesn’t hold anything back. The entire run is collected between two covers and just in time to catch up to his relaunched series by the same name. 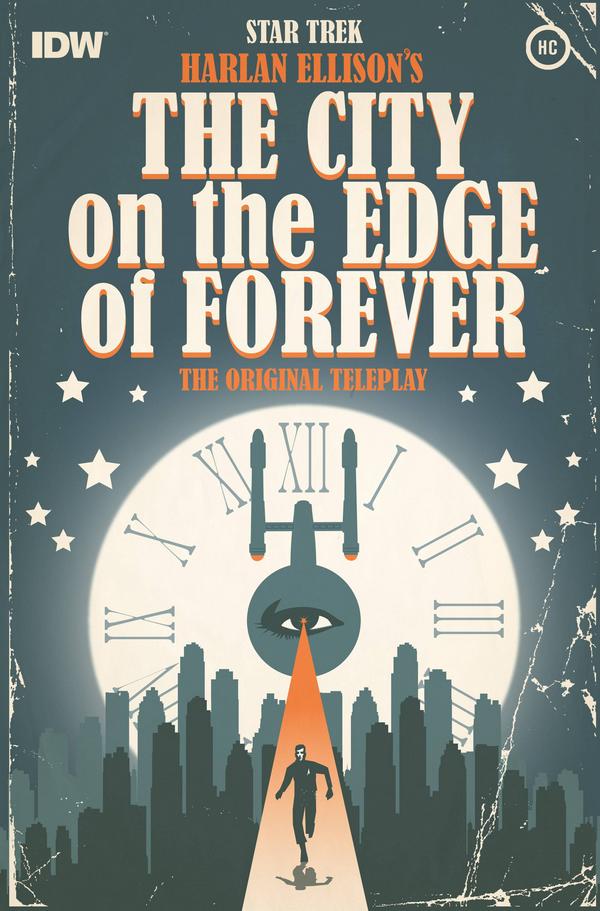 For the first time ever, a visual presentation of the much-discussed, unrevised, unadulterated version of Harlan Ellison’s award-winning Star Trek teleplay script, “The City on the Edge of Forever!” See the story as Mr. Ellison originally intended!

WHY TO WATCH FOR IT: Acclaimed writer Harlan Ellison has had an illustrious career in writing and every die-hard Star Trek fan must wonder what the original vision of what it might have been. For the affirmation or the disagreement of it, it’s definitely worth checking out.