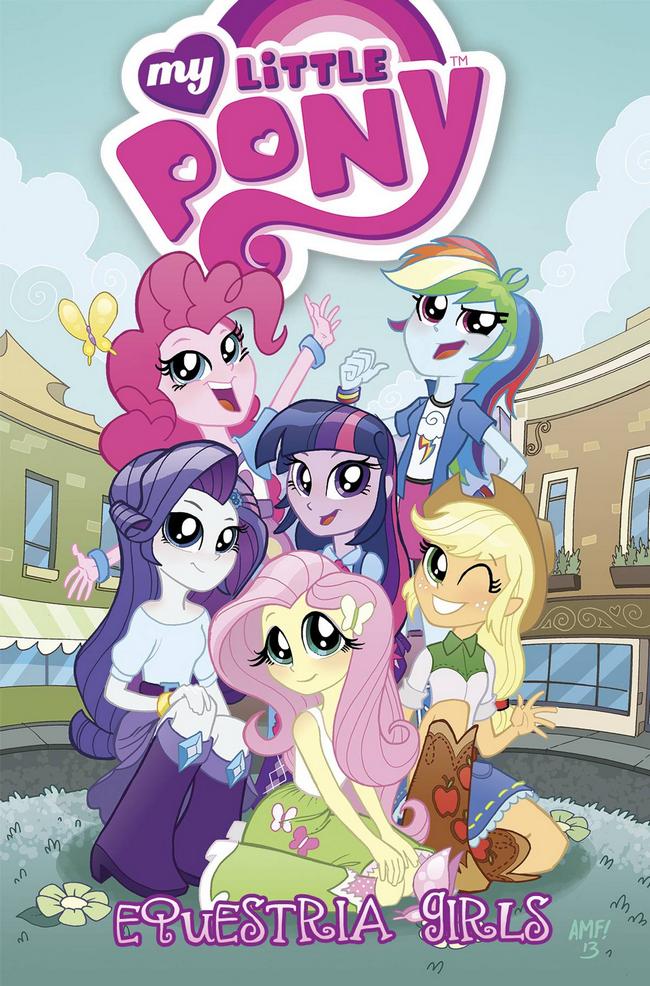 TRADE WAITERS, ASSEMBLE! 2016 is bringing us a wealth of awesome comic book collections and OGNs already, and this week’s Trade Waiting is highlighting five of the biggest hitting stores January 13! Hold on to your hats, there are some great books coming at you! 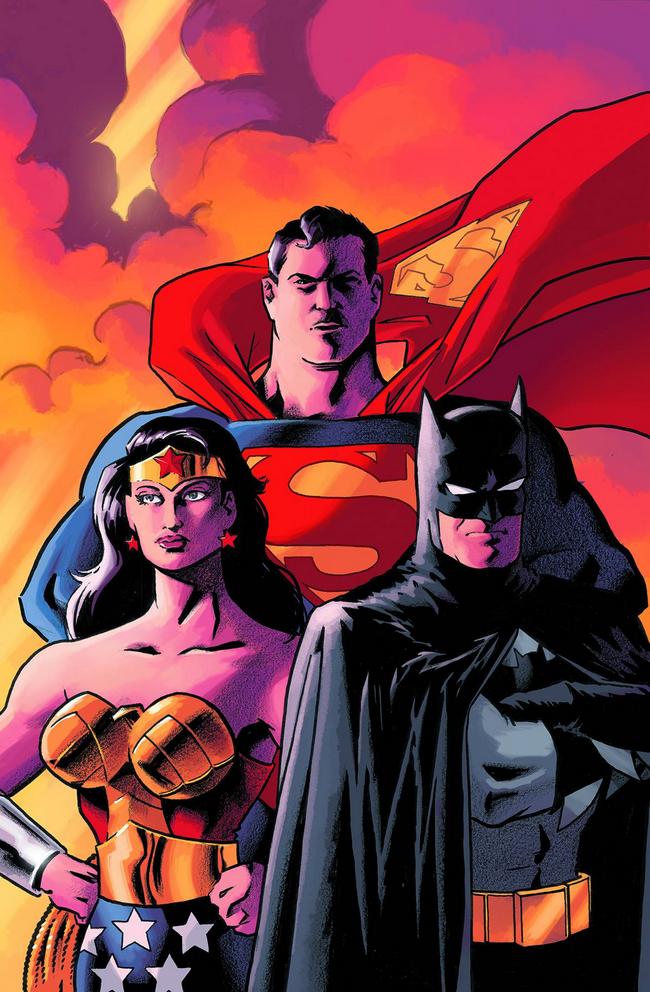 Matt Wagner’s 3-issue epic that unites DC’s three greatest heroes is offered as a Deluxe Edition hardcover for the first time! When Ra’s al Ghul recruits Bizarro and a renegade Amazon warrior to help him create global chaos, the Dark Knight Detective suddenly finds himself working with the Man of Steel and the Amazon Princess. Looking to thwart the madman’s plot to simultaneously destroy all satellite communications as well as all of the world’s oil reserves, Earth’s greatest heroes are forced to band together-if they can work out their differences!

WHY TO WATCH FOR IT: So, there’s trailers for that Bats vs. Supes movie flying all over the place, which has everybody thinking about the Trinity. How better to read the mighty Trinity than in a deluxe hardcover of Matt Wagner’s 3 issue epic? I’m not sure there is one.

Based on the hit movie, join the girls as they get settled into Canterlot High. Plus, Sunset Shimmer tries to find the true meaning of the holidays as rumors circulate around the school. Collects the 2013 Annual and the 2014 Holiday Special. 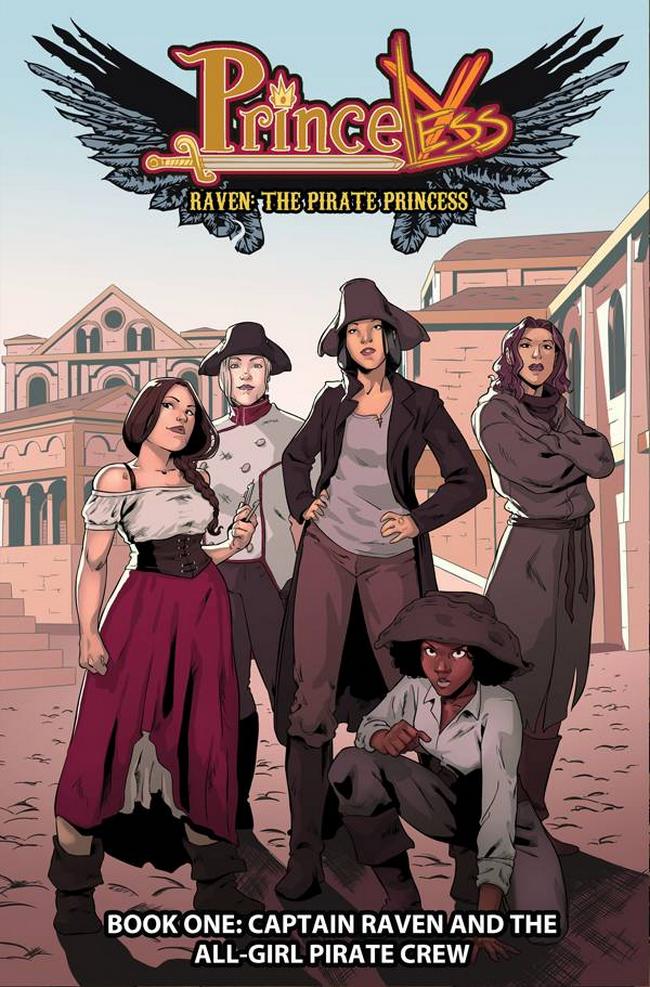 Fresh off her adventures in the pages of Princeless, Raven is ready to set out on her quest for revenge against her brothers. They’ve stolen everything that should be hers and now she’s going to get it back. But first, she needs a crew. Share the laughs, action, and adventure as Raven assembles the fearless crew of awesome ladies who will help her get her revenge.

WHY TO WATCH FOR IT: If you aren’t reading Princeless, you should be. You totally should be, and Raven: Pirate Princess is where you can start. Check out a preview here, and then get ready for it Wednesday! 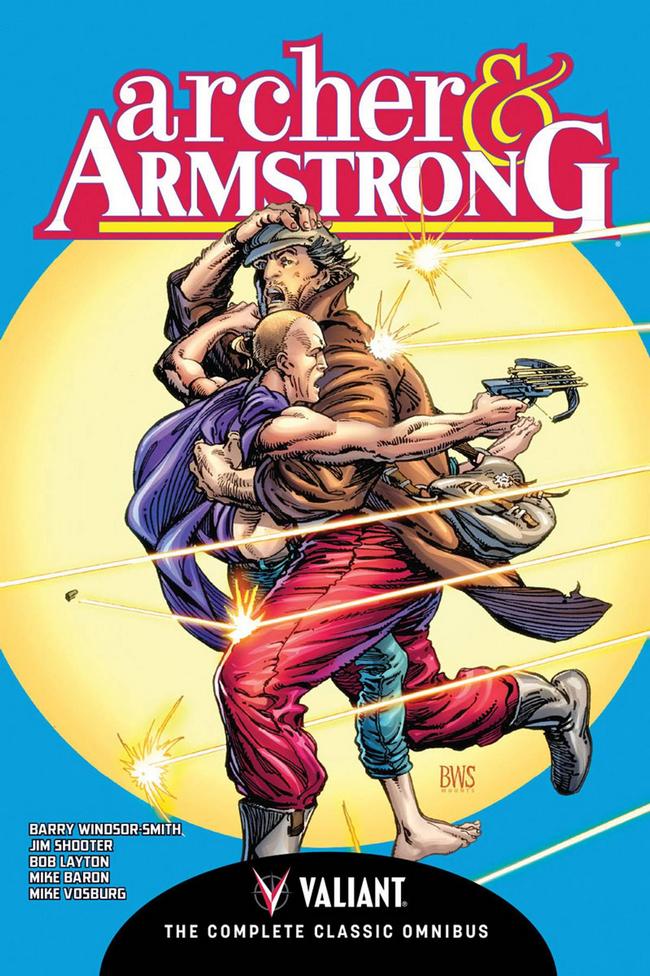 Following in the footsteps of the X-O MANOWAR CLASSIC OMNIBUS VOLUME 1, it’s the complete, oversized omnibus collection of the series Ain’t It Cool News calls “the best buddy team book of all time.”

Obadiah Archer, left for dead as a boy by his corrupt evangelist parents, has spent the last decade honing his innate abilities in a monastery deep in the mountains of Ladakh before emerging now as the world’s greatest hand-to-hand fighter and marksman. His body a temple, his every movement in harmony and his mind perfectly serene… except for the overriding desire to avenge his own murder. Armstrong is a 10,000-year-old libertine who may be as strong as a battalion, but abandoned idealism millennia ago. Now he spends his days drinking, carousing and telling tales of outrageous adventures throughout history to anyone who will listen – that is, when he’s not on the run from an ancient cult whose bumbling agents have been hunting him for two thousand years.
But Armstrong counts as the worst day of all his days the one when Archer turned up and decided that they were partners – a team chosen by fate to save the world!

WHY TO WATCH FOR IT: This is the whole enchilada, the entirety of the first Archer & Armstrong run! There’s new A&A coming and Van Lente’s time on the book was brilliant, so what better time to head back to the source material for this dynamic duo? 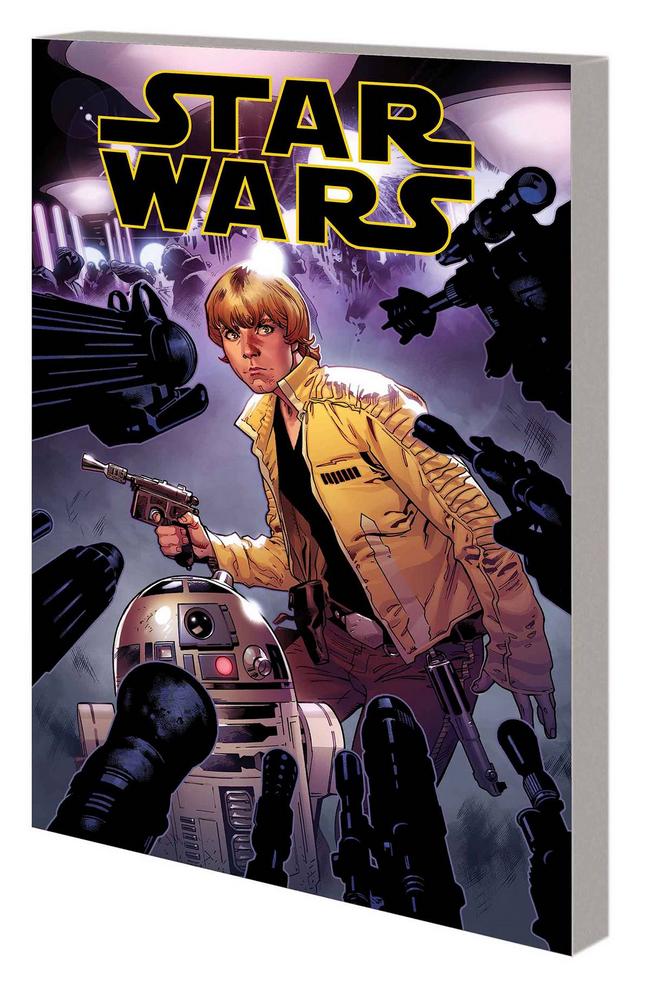 Luke continues his quest to learn about the Jedi by heading for the Jedi Temple on Coruscant. But when his lightsaber is stolen, he soon finds himself entrapped and imprisoned! Will his friends come to his aid before he’s forced to enter the Arena of Death? Meanwhile, Han and Leia are confronted by an unexpected foe. The Imperials are closing in on them, and they were set on the rebels’ trail by a mysterious woman from Han’s past – one with a very personal grudge! As Chewbacca is unleashed, Han finds himself dealing with…a ball and chain?! You’ve got to read it to believe it! Plus: Injustice reigns on Tatooine as villainous scum run rampant. Will Ben Kenobi risk revealing himself to do what’s right? It’s a special tale from Obi-Wan’s past! Collecting STAR WARS (2015) #7-12.

WHY TO WATCH FOR IT: It may have passed you by, but an indie film got released about a month ago that caught some attention. People have Star Wars fever again, and one of the by-products of the Lucasfilm by Disney was the license shift of Star Wars comics to Marvel. Don’t get me wrong, I like what Dark Horse did with the license, but Jason Aaron’s Star Wars has been brilliant. This amazing comic brought Stuart Immonen on board for this second volume and good golly, readers are lucky to live in the age of the mighty Immonen. If you like Star Wars, even casually, this is a comic worth trying. It is awesome.