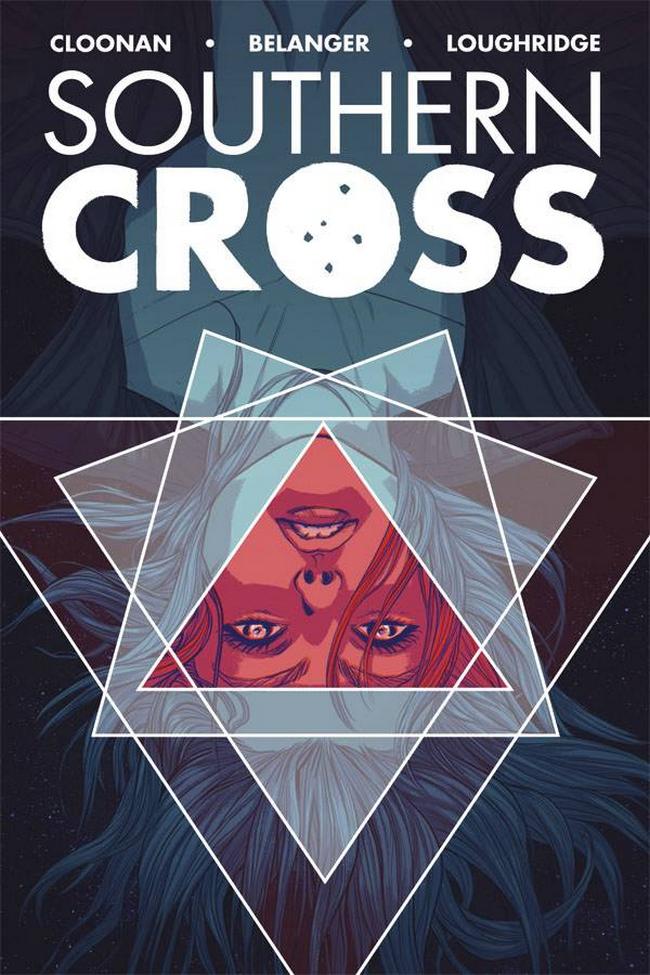 HAPPY NEW YEAR my fellow TRADE WAITERS! It’s time to finally get back to work, which means we will be taking a look at this week’s hottest trade paperbacks, collected editions, and graphic novels in latest edition of “Trade Waiting” – your weekly spotlight of five noteworthy comic book collections that are being released this coming Wednesday and why you should watch out for them! 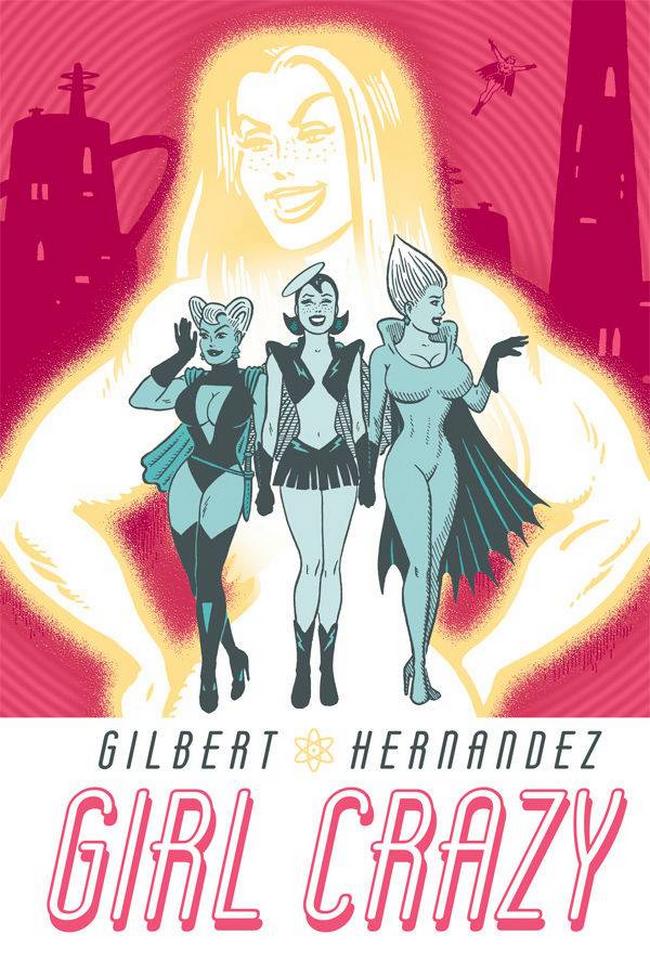 Kitten, Maribel, and Gaby are childhood friends celebrating their sixteenth birthday. But someone’s missing-their fourth friend, Una, is imprisoned in Tijuana. So the girls set out to give Una the ultimate birthday gift-freedom-even if it means taking on an entire city!

WHY TO WATCH FOR IT: As an avid fan of the heralded “Love and Rockets” series, I will buy and read anything from the Hernandez brothers. As a fan of his “Fatima: The Blood Spinners” comic series, Gilbert Hernandez dusts off his cartooning abilities one more time for another fun romper. It’s sexy. It’s brash. It’s fun. I’m in.

SPECIAL LOW INTRODUCTORY PRICE OF $9.99!
Now boarding: Southern Cross, tanker flight 73 to Titan. Alex Braith is tracing her sister’s steps to the refinery moon, hoping to collect her remains and find some answers. The questions keep coming though- and they lead her down a path of intrigue, betrayal, and galactic horror.

WHY TO WATCH FOR IT: Comic creator Becky Cloonan has easily been one of my favorite creators since I rejoined the comics community some half decade ago. Cloonan is mostly known for her incredible inking and wide-eyed, anime-influenced, dark aesthetic but the acclaimed cartoonist also has chops in crafting stories. Cloonan won an Eisner for “The Mire” and her “Demeter” is a story that I have revisited more than once. With all that said, Cloonan takes her ideas to an atypical setting for her –SPACE. Andy Belanger sublimely translates Cloonan’s instruction and manifests a looming terror in almost every panel. 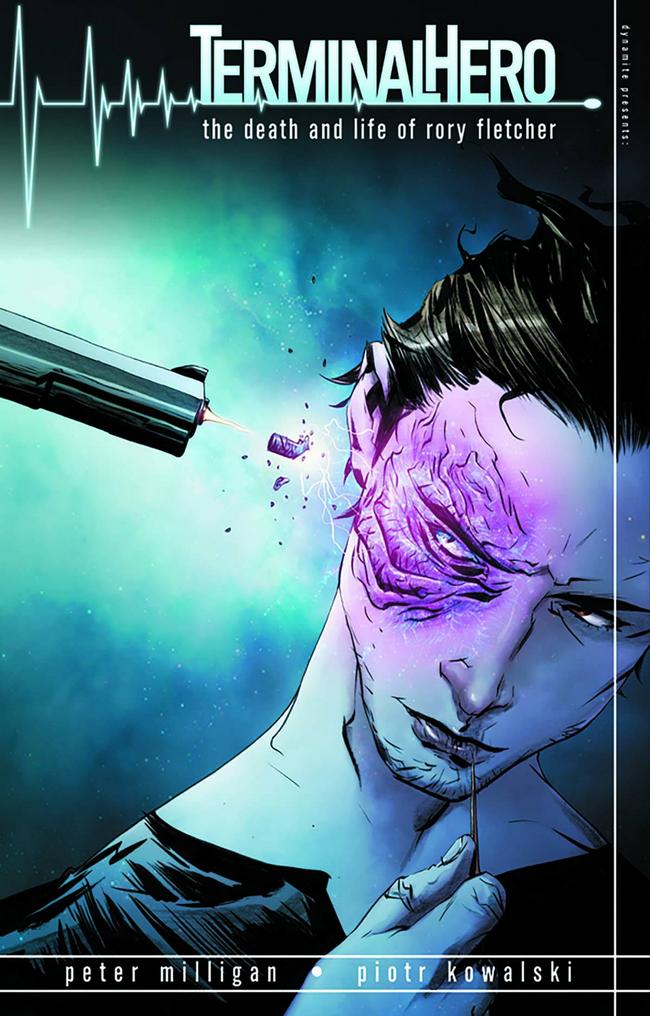 Peter Milligan, one of the comic industry’s most groundbreaking writers (Shade: The Changing Man, X-Statix, Doop, Hellblazer), presents a tale of psychic powers gone awry, and one man’s terrible battle with his own inner demons!
Rory Fletcher is a good man dying of an inoperable brain tumor, with only two months to live. When his best friend discovers the top secret Treatment Q, buried by the government due to its shocking and unpredictable side effects, Rory figures it can’t be any worse than dying. However, as the chemicals attack the tumor in his right parietal, they unlock the brain’s unlimited potential, triggering psychokinesis… and manifesting his worst fears and nightmares as visions and physical constructs! Can he curb his dangerous impulses before the bodies of loved ones and innocent bystanders start piling up? Or will agents of British Intelligence and other Treatment Q survivors manipulate his fearsome new abilities for their own ends?

WHY TO WATCH FOR IT: I don’t often like to judge a book by a cover, but hey –this is comics! So Jae Lee is one of my favorite cover artists and drew my attention to this series. Peter Milligan wrote one of my best-loved storylines that treads the line of the X-Men/Mutant side of Marvel with X-Statix. Piotr Kowalski has an art style that I’ve come to love with his work on the series “Sex” with writer Joe Casey. On paper, this book is right up my alley. In reality, this book definitely is. My elevator pitch of this story is “The Catcher in the Rye” meets “Akira” meets “X-Files”, but there is a deeper narrative of humanity that is being alluded to here. The book isn’t perfect, but it’s thought provoking at the very least. 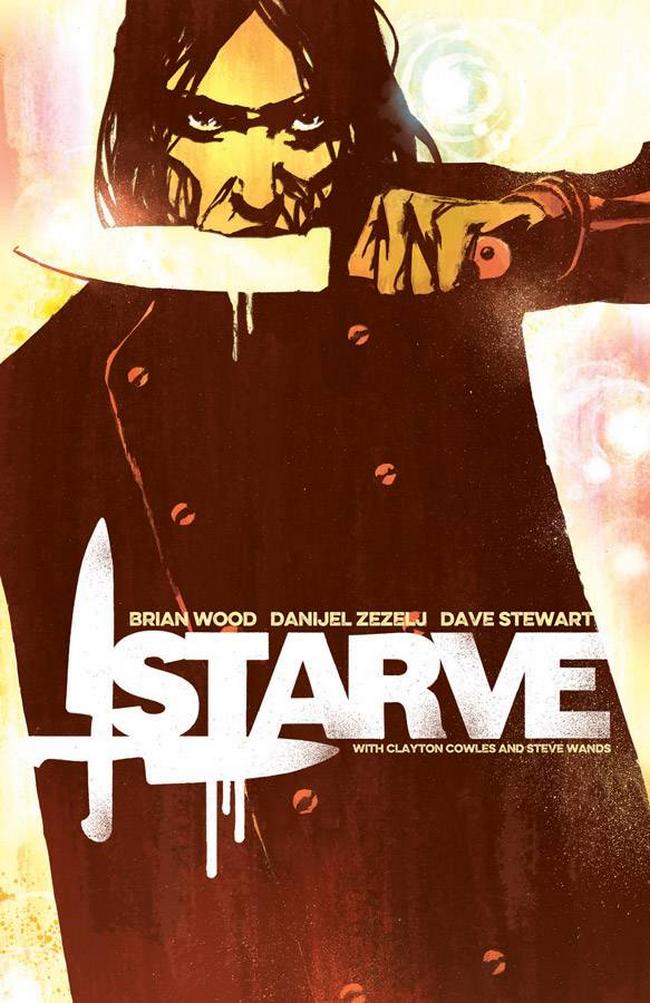 SPECIAL LOW INTRODUCTORY PRICE OF $9.99! Once the world’s most famous chef, Gavin Cruikshank’s been in a self-imposed exile for years. His little foodie television program has since evolved into STARVE, an arena sport that pits chef against chef for the pleasure of their super-rich patrons. It’s a stain on a once-noble profession, and Chef Gavin is ready to go to war to stop it. Two things stand in his way: his arch rival Roman Algiers, and his adult daughter Angie, who probably just wants her dad back and acting normal.

WHY TO WATCH FOR IT: “Starve” posits some of my own concerns about the potential malice that can emerge from the food industry and the food entertainment industry. Wood has built his career on crafting dystopian futures and this one is no different. What really shines for me is the art of Zezelj and colors by Stewart. Panels are impressive and in some instances can feel like a modern propaganda poster on the war against corrupt food-related purveyors. Coming in the Image introductory price of $9.99 makes this an easy sell. 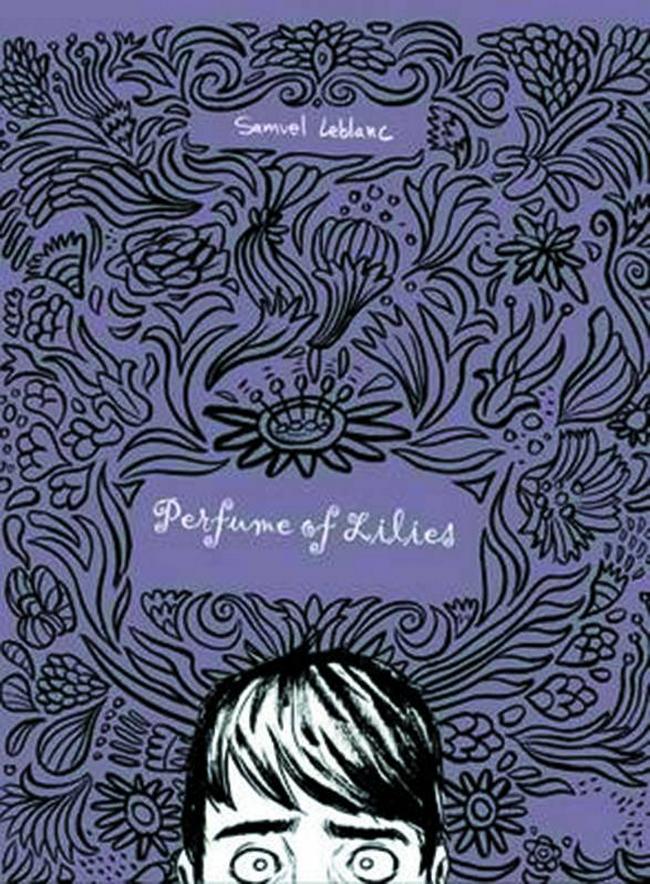 In the summer 1996, Nicolas is staying with his Aunt Rose, who is in mourning. To pass the time, Nicholas helps her look after her garden and discovers a passion for botany. Like many teenagers, he is searching for his own identity and asks her many questions. But Nicolas has quite a way to go before he realizes the extent that this summer will have changed him. With Perfume of Lilacs, readers are submerged into the mind of a teenager in the full throes of puberty and his emerging sexuality. Sometimes shocking, this thoughtful book questions the taboos of our society.

WHY TO WATCH FOR IT: This book has caught my attention and is an opportunity to push comic readers to read stories from the medium outside of their comfort zone. I enjoy stories on the awkwardness of growing up and questioning societal norms, so this seems in a series that’s in my wheelhouse of enjoyment. What I’ve enjoyed even more is the art from Steve Le Blanc, someone I’ve never heard of yet, but am looking forward to reading and learning more of.