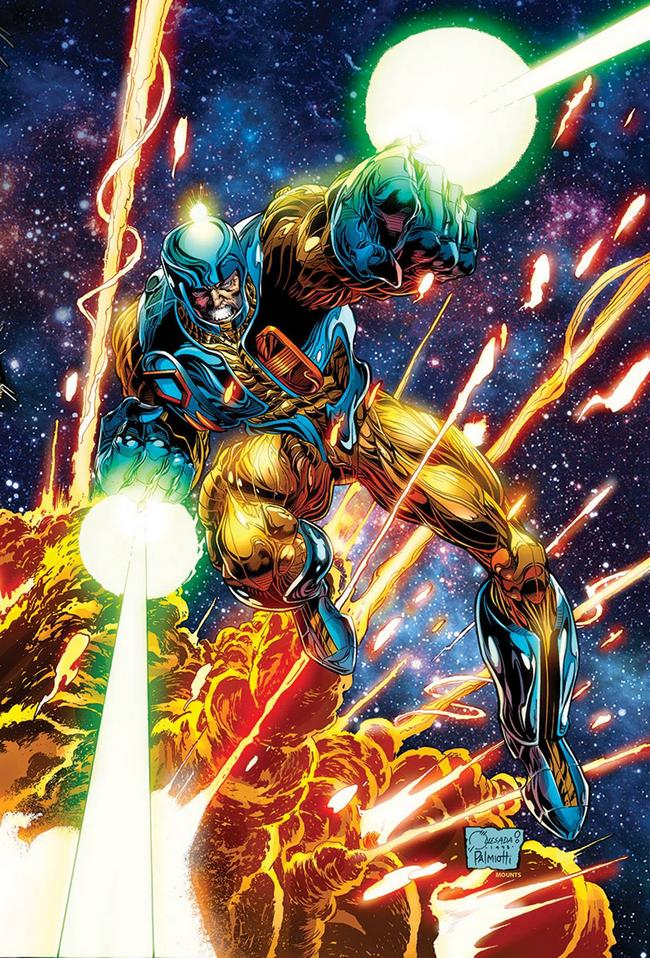 Another Monday means another look at the hottest trade paperbacks, collected editions, and graphic novels in this week’s “Trade Waiting” –your weekly spotlight of five noteworthy collections being released to stores this Wednesday and why you should watch out for them! 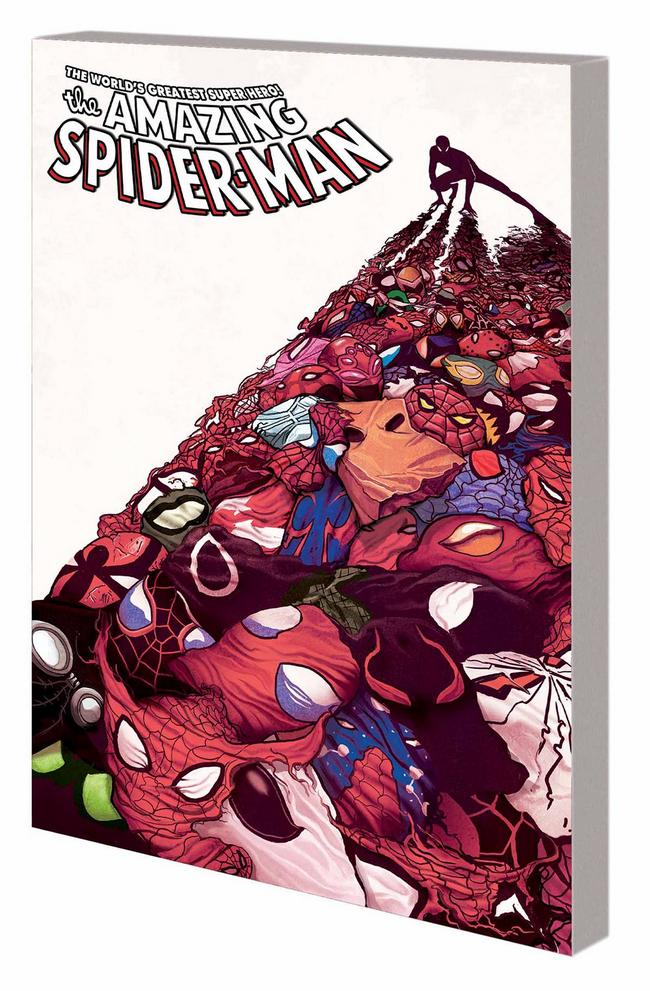 Step over the edge of Spider-Verse! In the year 2099, the Superior Spider-Man lives on – but how? Otto takes the fight to Karn, the man working his way through the multiverse leaving a trail of dead spiders in his wake, but finds himself hopelessly overpowered. Will the time-lost Superior Spidey find enough allies to make a dent in Karn’s plans? Meanwhile, the real Spider-Man teams up with the all-new Ms. Marvel in a highflying (high-stepping in Kamala’s case) adventure! Can Ms. Marvel get Spidey out of a jam? Plus: MC2’s Spider-Girl and the Spider-Man of 1602 find themselves under attack from the mysterious forces behind Spider-Verse! And who is Spider-UK? The road to Spider-Verse starts here! Collecting AMAZING SPIDER-MAN (2014) #7-8, SUPERIOR SPIDER-MAN #32-33 and material from FREE COMIC BOOK DAY 2014 (GUARDIANS OF THE GALAXY) #1.
Rated T+

WHY TO WATCH FOR IT: The “Spider-Verse” event has been ton of fun lately to read. If ol’ webhead is in your heart and you are wondering what all the commotion is about, start here and find out! 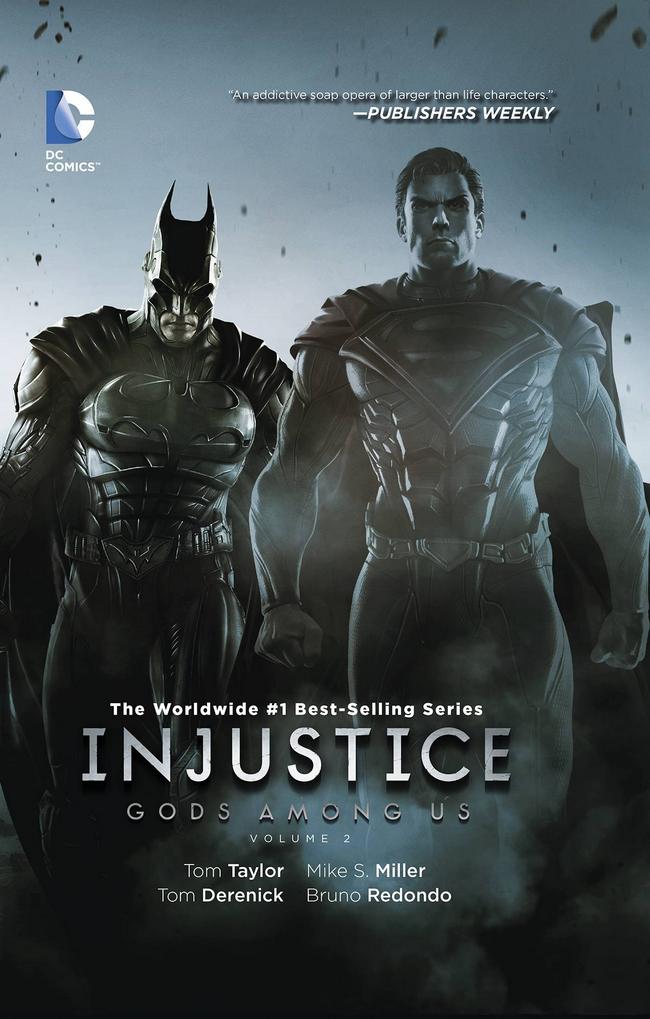 WHY TO WATCH FOR IT: This series that served as a companion piece to the video game, was not only groundbreaking, but it also effectively launched the career of writer Tom Taylor as one of DC’s premiere “Elseworlds” writers. Volume 2 picks up on all the mayhem and turmoil from Volume 1 and doesn’t let up. 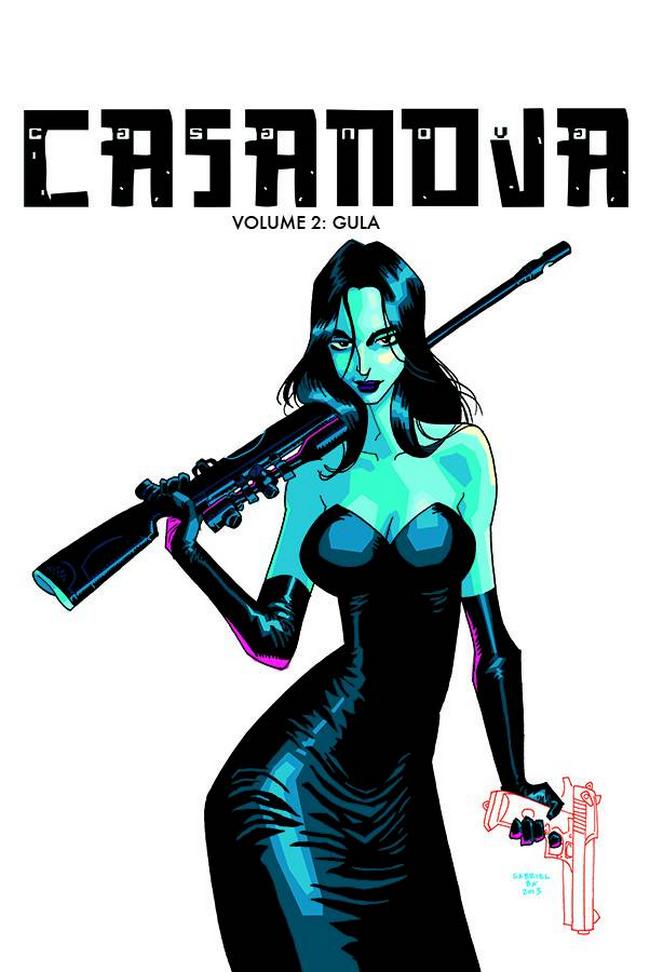 When is Casanova Quinn? Everyone’s favorite hedonistic rogue double agent turned good guy for E.M.P.I.R.E. vanishes and a search through time and space breaks out to find him — while his twin sister Zephyr gets up to all kinds of mayhem to take advantage of his absence that will culminate in a brazen attack on E.M.P.I.R.E itself… and her own father. At long last, all the covers, all the content, all the comics, between two gorgeous covers. By MATT FRACTION (SEX CRIMINALS, SATELLITE SAM, Hawkeye) and FÁBIO MOON (BPRD, Daytripper) and GABRIEL BÁ (Umbrella Academy, Daytripper).

WHY TO WATCH FOR IT: The Casanova series is making a return and now is the time for everyone to get caught up to speed on this charmingly unique brand of science fiction that has been merrily orbiting the stratosphere of comics and waiting to break out! 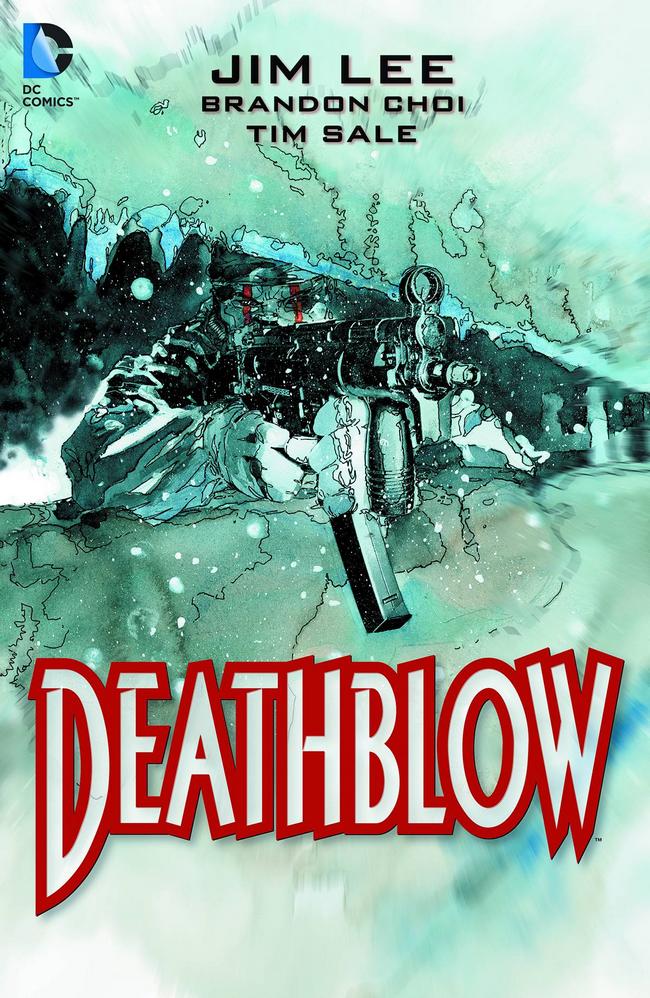 Now in paperback, this title collects issues #1-12 of the series illustrated by Jim Lee and Tim Sale, plus a story from DARKER IMAGE #1. Deathblow is a Black Ops agent with the powers of immortality who is pulled into a deadly battle between good and evil!

WHY TO WATCH FOR IT: I’m a sucker for the 90’s Wildstorm/Image genre and this is a character that was a premiere bad ass for Team 7. Now that Wildstorm has been absorbed into the DC Universe, it’s nice to see this collection presented with hopes of a stronger return to the comic book forefront.

Relive the complete adventures of Valiant’s original armored hero with Valiant’s next essential omnibus collection – clocking in at a massive 800+ pages!
Aric of Dacia, a fifth century Visigoth warrior abducted and enslaved by the brutal Spider Aliens, fights his way free of his captors and steals their ultimate weapon, the X-O Manowar armor. But 1,600 years have passed while the Spider Aliens held Aric captive and the time he returns to is not his own. Trapped in the modern day, Aric is now the last of his people, a savage warrior out of time in a world of corporate treachery and casual deceit. But, armed with the power of the X-O Manowar armor, Aric will rule… and he will make the Spider Aliens pay.
Featuring work from comic book legends Bob Layton (Iron Man), Barry Windsor-Smith (Wolverine: Weapon X), Joe Quesada (Daredevil, Amazing Spider-Man), and many more, get the complete epic of Valiant’s flagship hero starting here with this massive oversized volume collecting X-O MANOWAR (1992) #0-30, ARMORINES #0, X-O DATABASE #1, as well as material from SECRETS OF THE VALIANT UNIVERSE #1.

WHY TO WATCH FOR IT: Such a great Valiant collection, with X-O Manowar at his prime. Over 30 issues of greatness that is a must own for any Valiant fan.