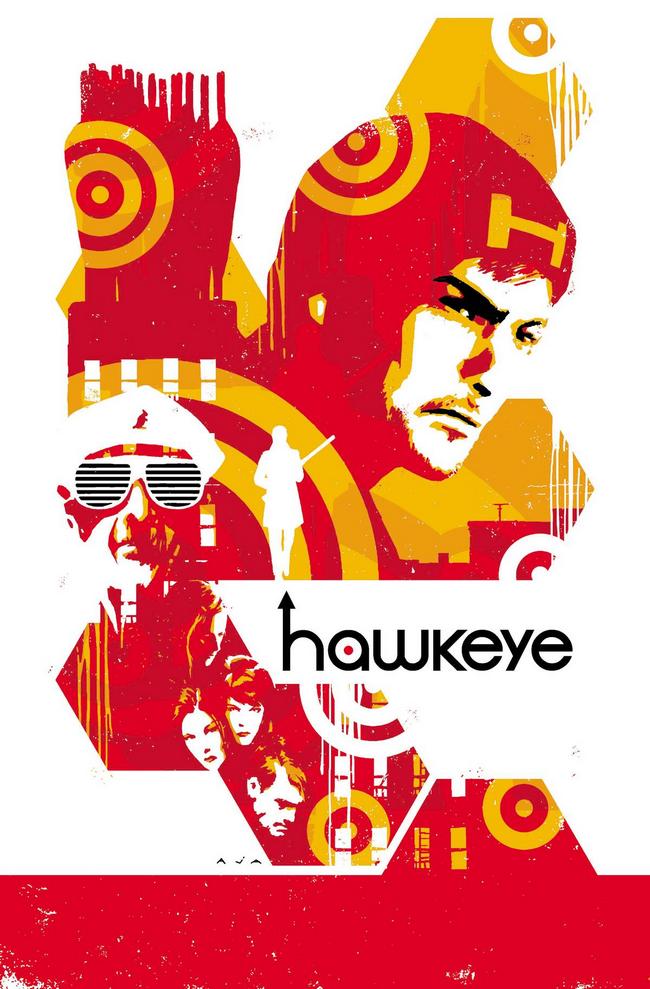 Looks like someone’s got a case of the Mondays, which also happens to mean another look at some of the hottest trade paperbacks, collected editions, and graphic novels in this edition of “Trade Waiting” – your weekly spotlight of five noteworthy comic book collections that are being released this coming Wednesday and why you should watch out for them!

Reeling from recent events, even Hawkeye wants to know his new status quo. Who’s with him? Who’s against him? Who’s trying to kill him, and why? And just when Clint’s rock bottom couldn’t arrive fast enough, his brother shows up. After a lifetime of bad decisions, Clint and Barney Barton have to realize that they are brothers – and, ultimately, they’re the only ones who can save one another. If they don’t kill each other first. Now, the brothers Barton double down as the Clown and the Tracksuit Draculas lay siege to their building. Can Hawkguy keep everyone safe? Deafened and bloodied, will the Bartons make easy pickings for the Tracksuits? Ever seen Rio Bravo? It’s the final chapter of Matt Fraction and David Aja’s critically acclaimed reinvention of the arrowed Avenger! Don’t miss it, bro. Collecting HAWKEYE (2012) #17, #12-13, #15, #19 and #21-22.
Rated T+

WHY YOU SHOULD WATCH FOR IT: At this point in time, everyone should be well aware of how incredible Matt Fraction and David Aja’s run on Hawkeye has been. This trade has been a long time coming for fans that have been waiting, but the finale has finally arrived. Adorn your bookshelves immediately with this classic vignette of the often overlooked hero of the Avengers. 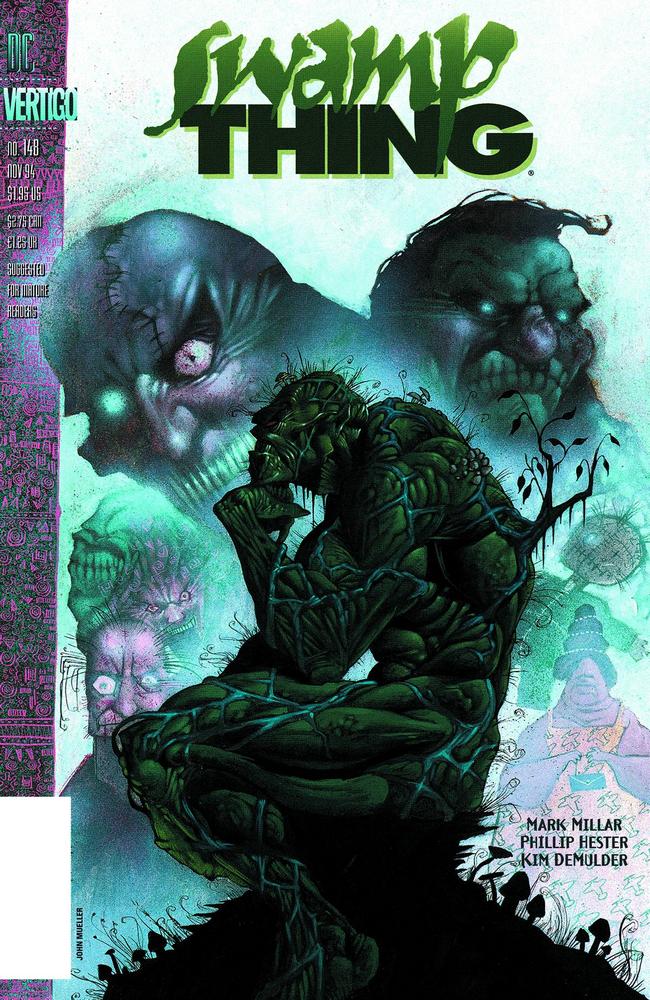 A lost epic from issues #140-150 is collected at last! The rug is pulled out from under Alec Holland as he awakens from a coma in a South African hospital. But are his visions of a shambling swamp creature the result of a hallucinogen he ingested during his experiments on plants?

WHY YOU SHOULD WATCH FOR IT: There’s only one reason why you should check this trade out, and that’s because Grant Morrison and Mark Millar write a hallucinating Swamp Thing. Oh, did I mention the insatiable art of Phil Hester also adorns this trade paperback? Make that two things! 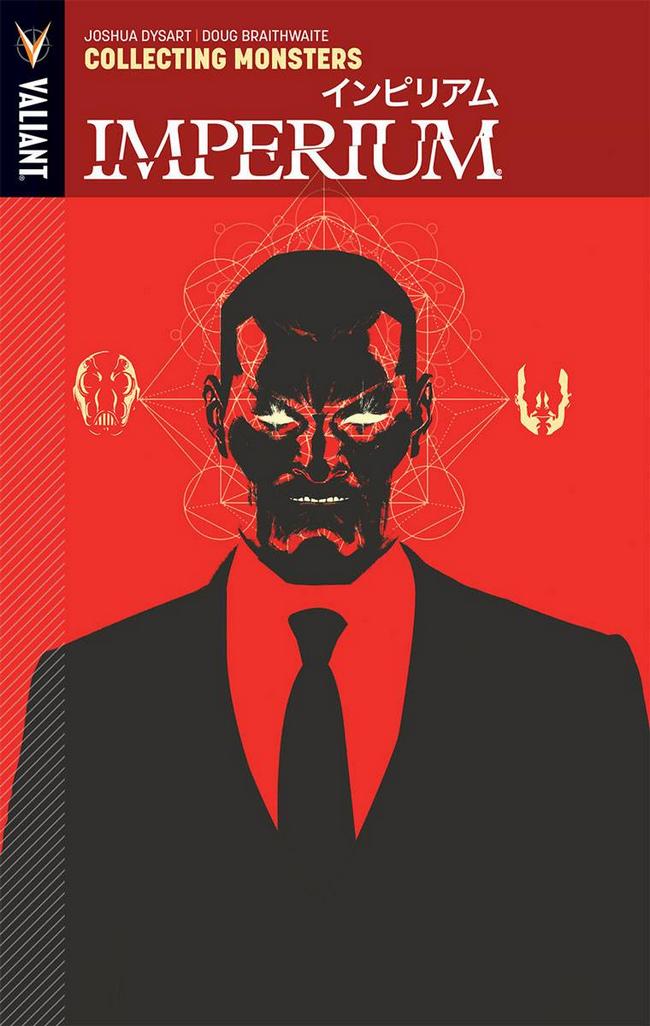 A psychic dictator, an inhuman robot, a mad scientist, a murderous alien, and a superpowered terrorist are about to try and take over the world…and you’re going to be rooting for them every step of the way!

Toyo Harada is the most dangerous human being on the planet. Imbued with incredible powers of the mind, he has spent his life guiding humanity from the shadows. But today he is a wanted man. His powers are public knowledge, his allies have turned to enemies, and he is hunted by every government on the planet. Instead of surrendering, Harada has one last unthinkable gambit to play: to achieve more, faster, and with less, he will build a coalition of the powerful, the unscrupulous, and the insane. No longer content to demand a better future, he will recruit a violent legion from the darkest corners of the Earth to fight for it. The battle for utopia begins now!

WHY YOU SHOULD WATCH FOR IT: Imperium has been making a significant impact on the Valiant Universe lately and to miss this is to miss some of the most superb action and sci-fi storytelling that’s out right now. Don’t wait for this to collect dust at retailers, get it now. 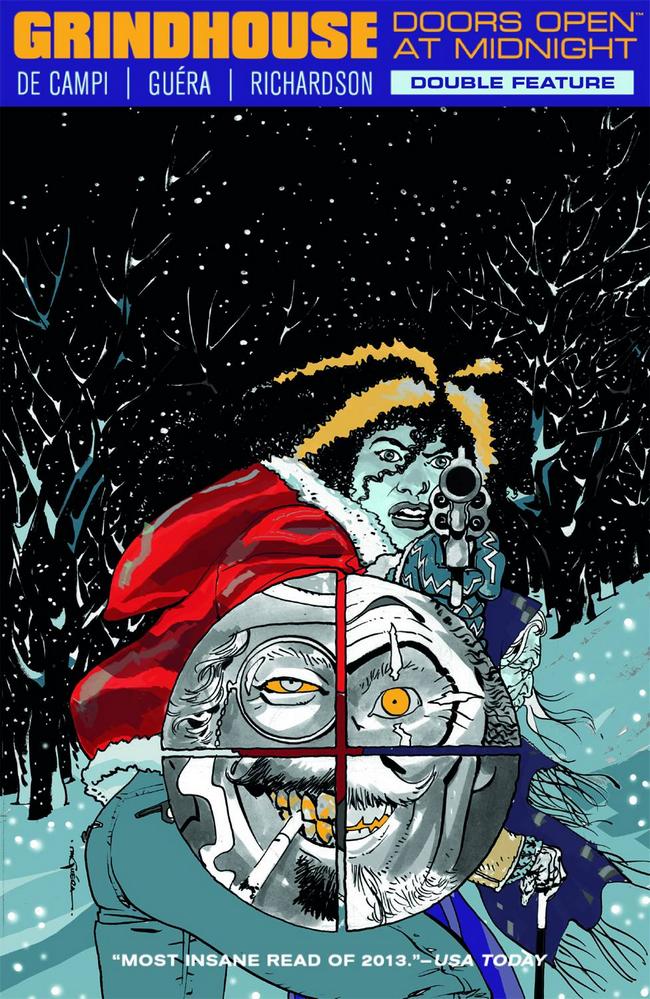 From Dark Horse Comics. Check your good taste at the door! Grindhouse is back with two brand-new exploitation opuses – the terrifying winter western “Slay Ride” and the continuing adventures of Deputy Garcia, in “Blood Lagoon”! We know you love it filthy, and we’re going all night long! Collects Grindhouse: Drive In, Bleed Out issues #1-#4!

WHY YOU SHOULD WATCH FOR IT: Alex De Campi and R.M. Guera have been crafting some frightful stuff in the latest pages of Grindhouse. I can’t recommend this enough, to fans of horror, and fans of comics alike. 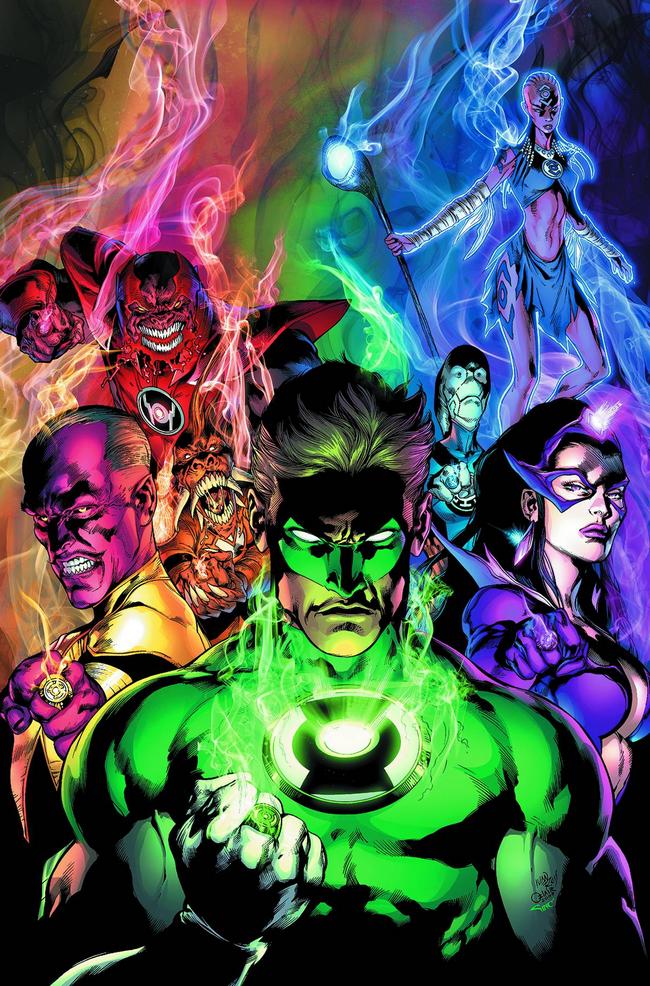 WHY YOU SHOULD WATCH FOR IT: The second installment of Geoff John’s epic Green Lantern has arrived! Omnibuses (sp?) typically don’t last, so you need to get this while it’s here!