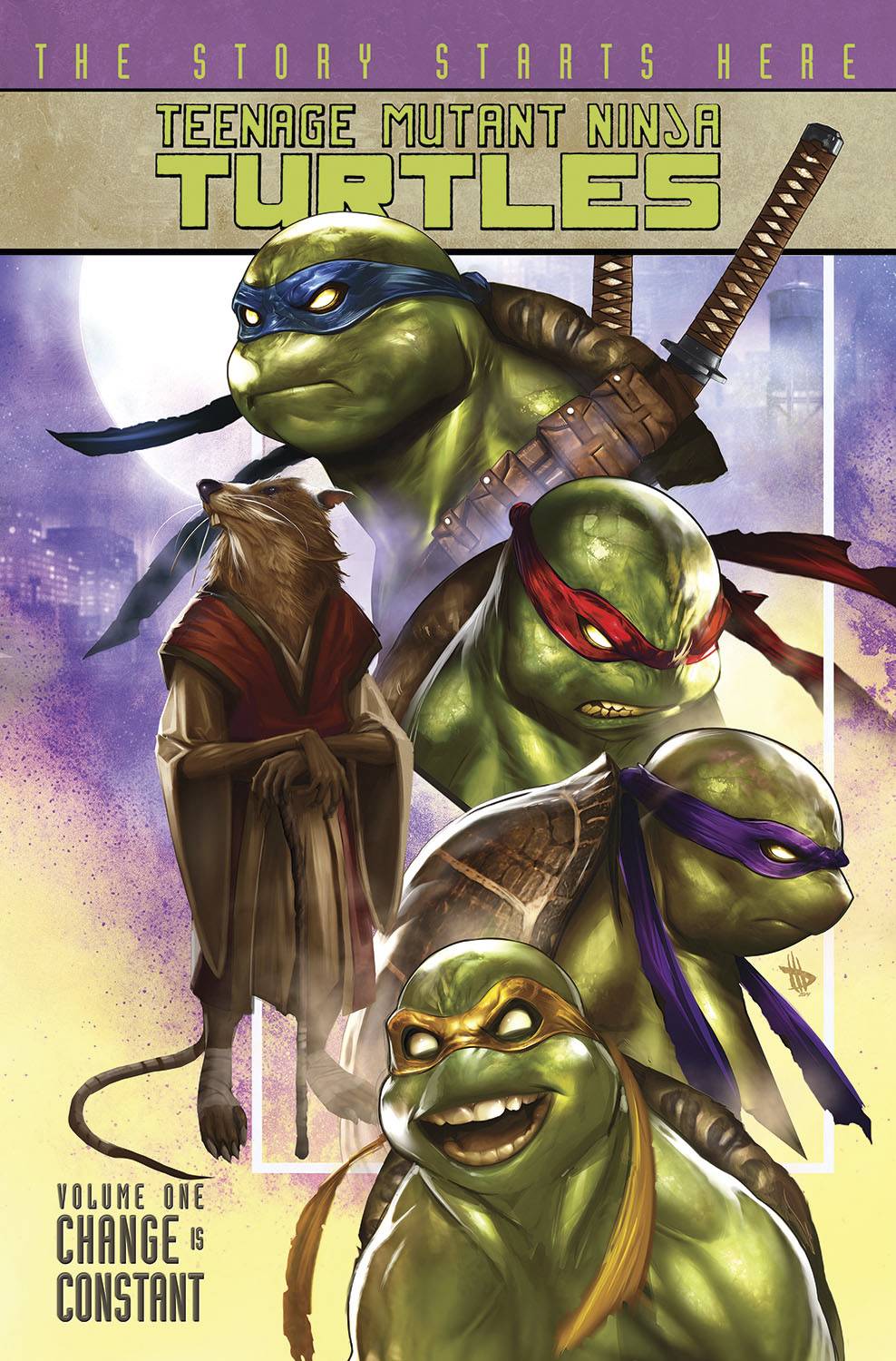 We are a mere 48 hours away from new comic books, and a whole fresh crop of collections as well! If your bookshelf is in need of a trade or hardcover infusion, look no further than the top five releases of July 9, 2014: 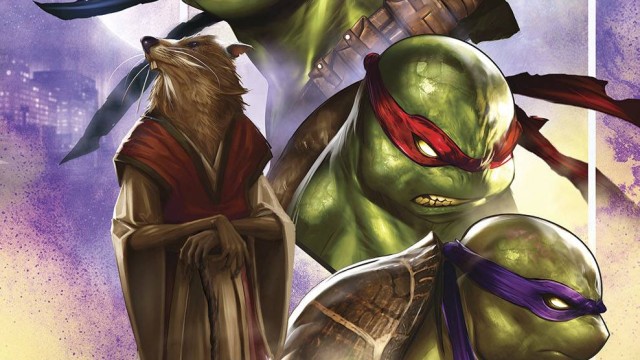 The new adventures of the Teenage Mutant Ninja Turtles begin here! This is the perfect spot to jump onto the hit IDW series! The group is separated as Raphael wanders the streets of NYC in search of food and shelter. His brothers and Master Splinter are searching for him, but so far all they can find is trouble-in the form of mutant alley cat Old Hob and his gang of criminals! Join Tom Waltz, Dan Duncan, and TMNT co-creator Kevin Eastman for the start of a wild ride!

Why to watch for it: Dive into the critically acclaimed new Teenage Mutant Ninja Turtles series! TMNT creator Kevin Eastman has a hand in it, and this is the perfect place to catch up! 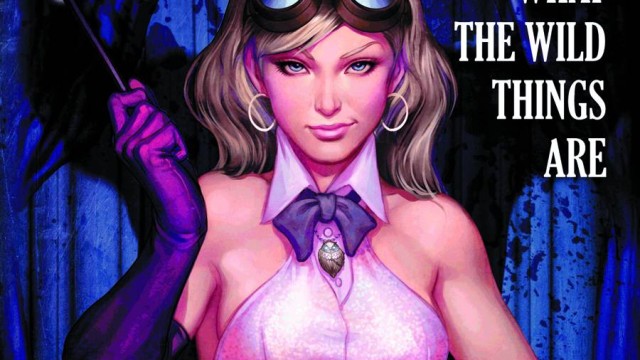 When she was nine, Alice wandered into the Wild Woods and discovered a portal to another world. A world called Wonderland! Now a young woman, she has spent her childhood discovering just some of the wonders the dimensional nexus of the Weir has to offer, a place where the worlds of Earth, Wonderland, OZ, Neverland, Mars, Pelucidar and Elysium collide! From Frankenstein’s Monster to a giant purple T-rex, from talking rabbits to winged monkeys, from a kidnapped Mowgli to a werewolf with a secret, there’s never a quiet day in the Weir – and Alice and her friends are all that stand between these worlds, and those who would exploit them.

Why to watch for it: Head down the rabbit hole with this new take on Alice in Wonderland….and Oz, and Neverland and more! A different look at some classic story worlds, which is always fun! 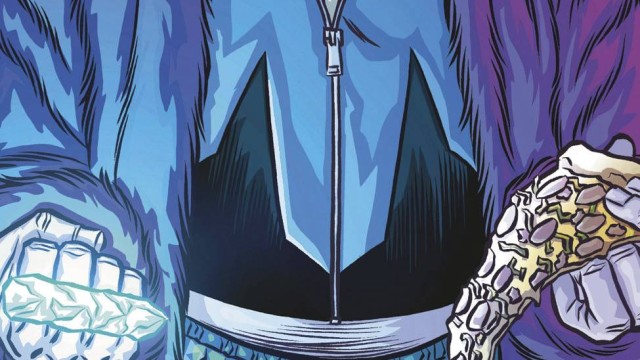 Trevor K. Trevinski was massively hung over when he was given the cosmic powers of The Crystal Fist, so he has no idea how they work. Join Trev, his roommate Lance, Pizza Guy, and Emma, the “hot drunk English chick,” as they embark on a hero’s journey, hitting every pothole along the way.

Why to watch for it: Monkeybrain’s Knuckleheads, in print for the first time! The digital-first series by Winkeler and Wilson is finally ready to be in your hands! 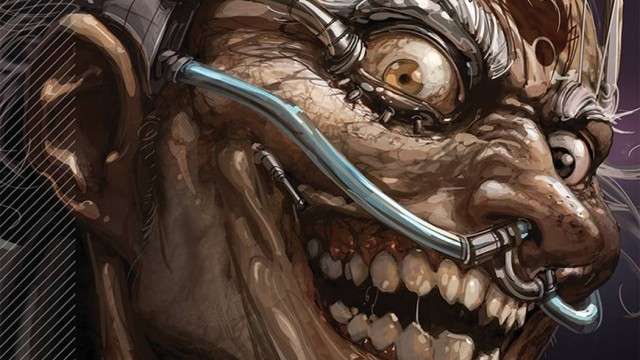 For every action, there is an equal and opposite reaction. First came UNITY… Now meet WEBNET!

Coming off of the earth-shattering repercussions of their first mission, Ninjak is leading the newly formed Unity team right back into the trenches to face the Valiant Universe’s next colossal threat – the enigmatic Dr. Silk and his high-tech terror cell: WEBNET! With the fate of untold millions on the line, can this team of cutthroat heroes uncover Silk’s endgame – and his connection to Ninjak’s shadowy past?

Why to watch for it: Valiant’s premiere team book drives into it’s second volume, with the heavy hitters taking on Webnet! All the biggies of the Valiant U, in one book! 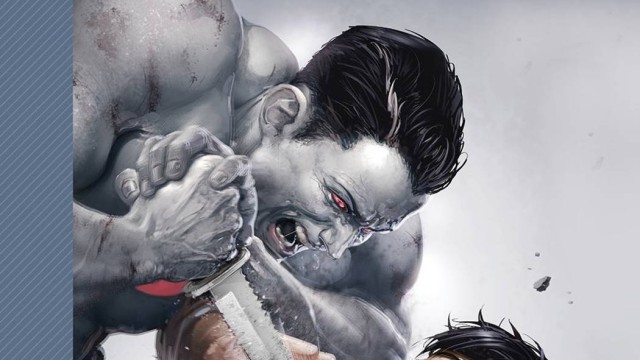 When an untrained and undisciplined team of superpowered test subjects escape from Project Rising Spirit and onto the Vegas Strip, Bloodshot and the Harbinger Renegades will find themselves locked in battle against a deadly succession of opponents – and each other. As the combined forces of the H.A.R.D. Corps, Generation Zero, and omega-level telekinetic Toyo Harada all descend on Las Vegas to vie for the control of Rising Spirit’s deadliest assets, the world is about to discover the shocking price of an all-out superhuman conflict…and no one will escape unscathed. Who will survive the Harbinger Wars?

Collecting HARBINGER WARS #1-4, HARBINGER #11-14, BLOODSHOT #10-13 and material from the HARBINGER WARS SKETCHBOOK, the Harbinger Wars Deluxe Edition HC is the only place to find the complete story of the groundbreaking crossover that IGN calls “one hell of a ride.”

Why to watch for it: Valiant’s first crossover, deluxe style! Harbinger Wars really brought the Valiant U together, now you can get it in an oversized hardcover with special features!