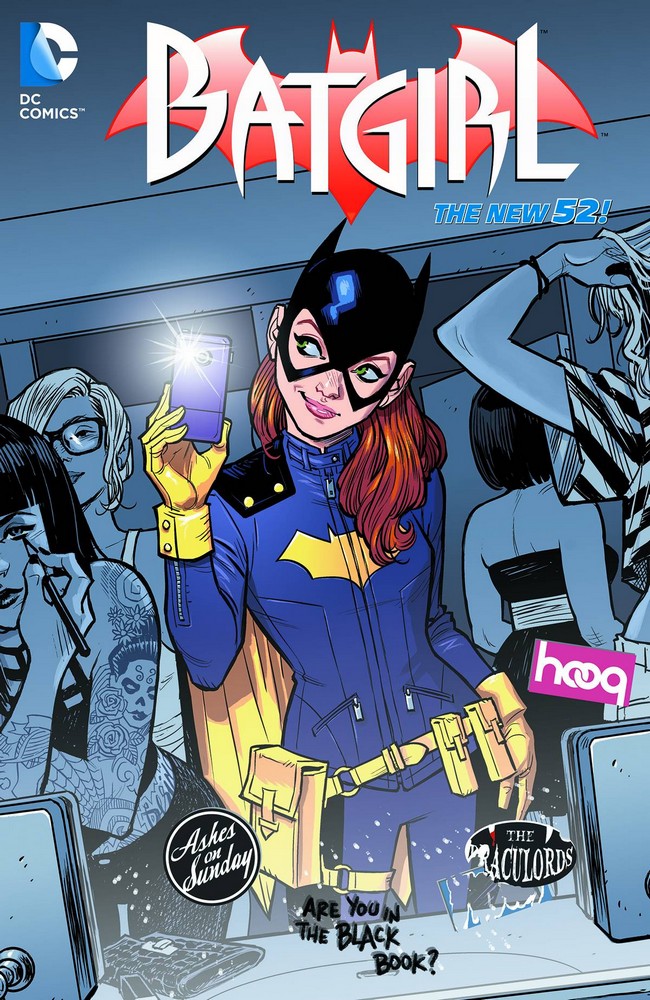 Barbara Gordon is no stranger to dusting herself off when disaster strikes, so when a fire destroys everything she owns, she spots the opportunity for a new lease on life – and seizes it! Following the rest of Gotham City’s young adults to the hip border district of Burnside, Barbara sets about building an all-new Batgirl…and discovers new threats preying on her peers! As the new hero of Burnside, Batgirl gets started by facing twin sister assassins on motorcycles! Collects BATGIRL #35-40.

Why to watch for it: If you’ve been waiting for the hardcover to try the new take on Batgirl, the wait is over! The DCU is changing and Batgirl is one of the titles to spearhead the next wave, check it out for yourself on Wednesday, trade waiters! 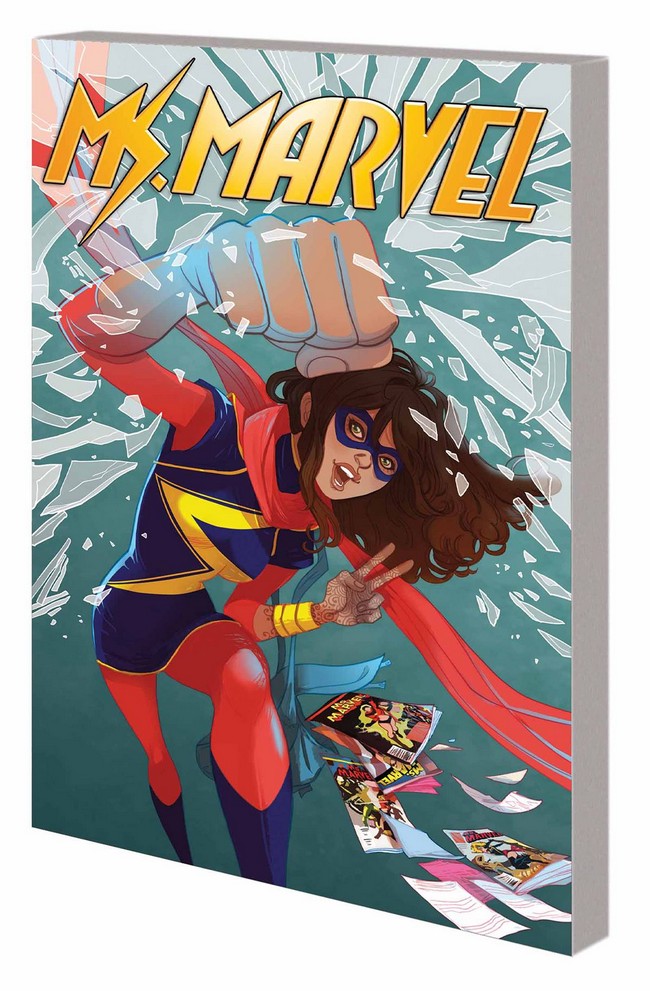 Love is in the air in Jersey City as Valentine’s Day arrives! Kamala Khan may not be allowed to go to the school dance, but Ms. Marvel is! Well sort of – by crashing it in an attempt to capture Asgard’s most annoying trickster! Yup, it’s a special Valentine’s Day story featuring Marvel’s favorite charlatan, Loki! And when a mysterious stranger arrives in Jersey City, Ms. Marvel must deal with…a crush! Because this new kid is really, really cute. What are these feelings, Kamala Khan? Prepare for drama! Intrigue! Romance! Suspense! Punching things! All this and more! The fan-favorite, critically acclaimed, amazing new series continues as Kamala Khan proves why she’s the best (and most adorable) new super hero there is! Plus, see what happens when SHIELD agent Jemma Simmons goes undercover at Kamala’s school! Collecting MS. MARVEL (2014) #12-15 and S.H.I.E.L.D. #2.

Why to watch for it: The most charming teen in the Marvel U, Kamala Khan has won people over from all sides of comics fandom. She’s already a big deal and her profile is only growing heading into All-New, All-Different Marvel so now is the time to get acquainted with Ms. Marvel! 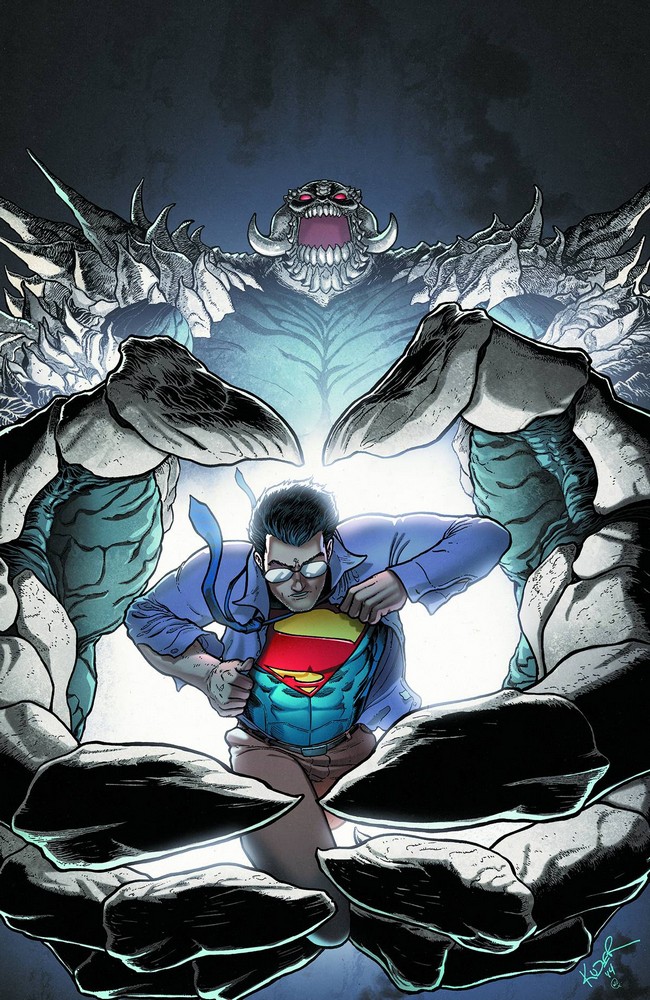 In these chapters of the smash “Doomed” storyline, Doomsday returns from the Phantom Zone with his sights set on the Man of Steel. Wherever Doomsday goes, death follows, and Superman is forced to do the unthinkable: kill Doomsday. But when the creature explodes into a plume of vapor which Superman inhales, the true battle begins! Collects Action Comics #30-35 and Action Comics Annual #3.

Why to watch for it: Doomed comes to Action Comics, by the top flight team of Pak & Kuder! These two are giving us Superman like we’ve never seen him before…which is a very good thing! 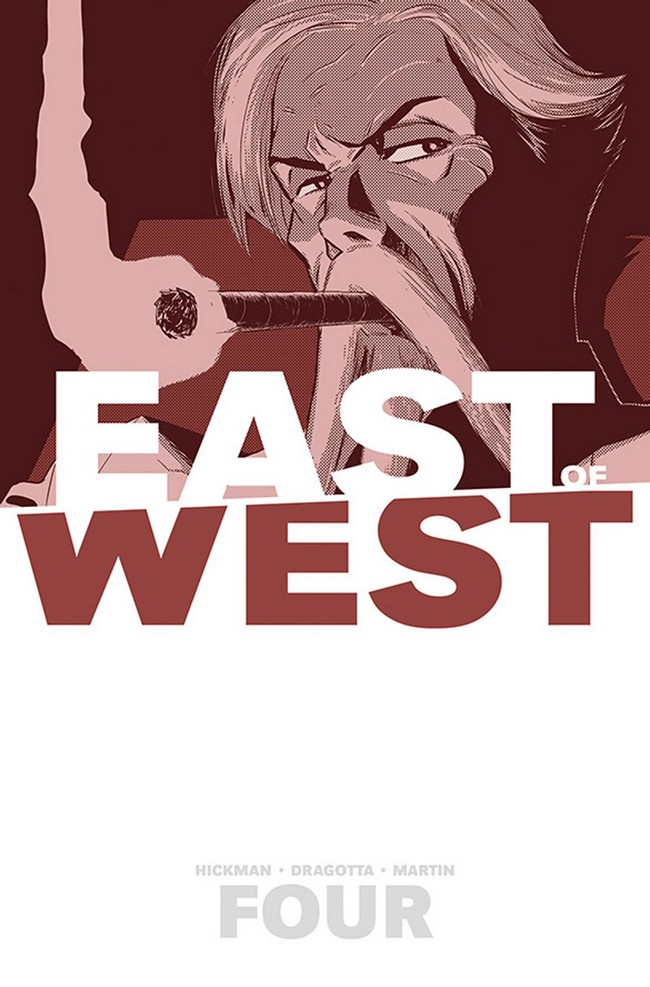 It’s the fourth volume of the Eisner-nominated, best-selling EAST OF WEST.

“WHO WANTS WAR?” sees YEAR TWO of the Apocalypse kick into high gear.

Why to watch for it: Hickman & Dragotta’s sprawling epic about the end of the world…or what comes after the apocalypse is unlike anything else you’re going to find. Year Two of the mayhem is here, folks. 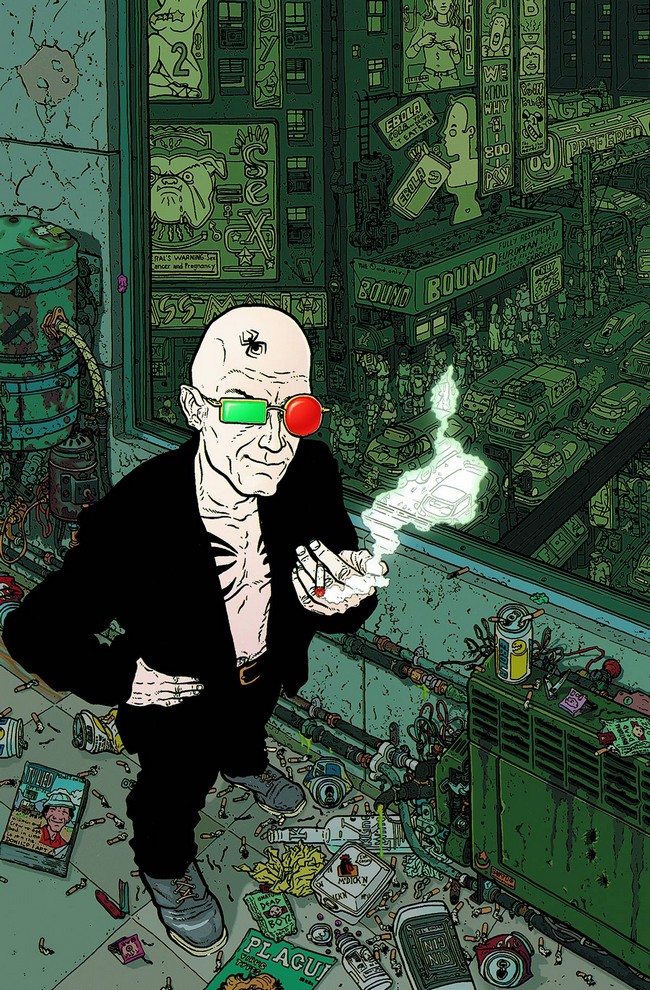 Collecting the first 21 issues of Warren Ellis’s dystopian masterpiece! After years of self-imposed exile, cynical journalist Spider Jerusalem is forced to return to a job that he hates and a city that he loathes. Working as an investigative reporter for the newspaper The Word, Spider attacks the injustices of his surreal 21st century surroundings.

Why to watch for it: So, it’s a pricey at $125.00, but this Absolute tome contains 21 issues of the unique and legendary Transmetropolitan by Ellis and Robertson. This is dystopia like nothing else. If you haven’t yet, it’s time for you to meet Spider.