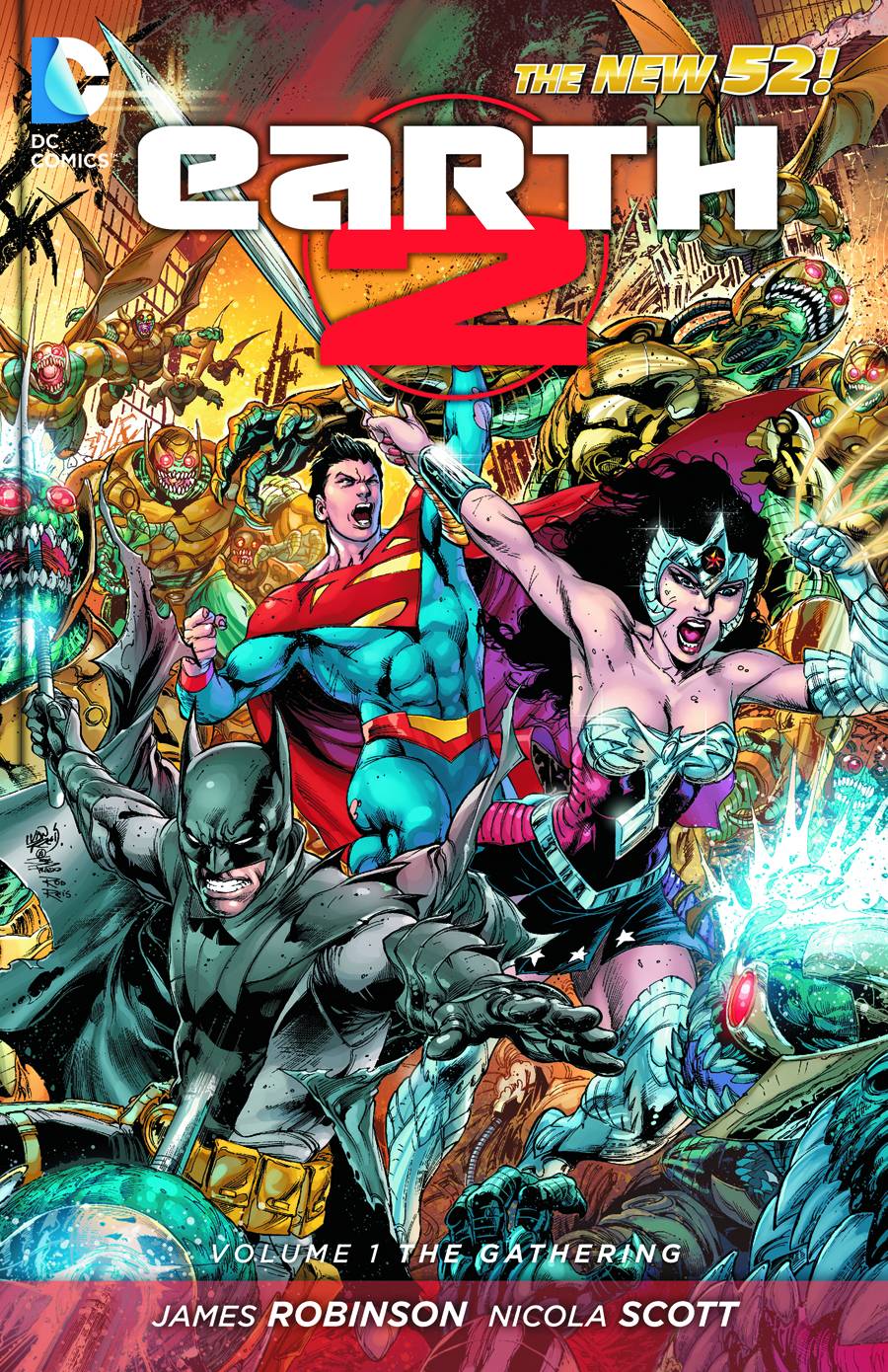 Hello, graphic novel readers! Trade Waiting focuses on the five hottest trade paperback/hardcover/original graphic novel releases in the industry, and the books that should be on your reading list! This week features something for everyone, indie fans and big two readers alike! 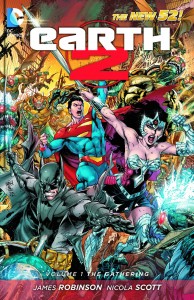 • Who are the heroes of Earth 2? When the Batman, Wonder Woman and Superman of Earth 2 fall in battle, it’s up to a new breed of heroes to come together to combat the returning evil of Apokolips!
• Collects issues #1-6 of the red-hot DC COMICS – THE NEW 52 series!

Why to watch for it: Earth 2 has rocked the comics world since its first issue, and Robinson hasn’t stopped there. Fantastic art by Nicola Scott in this different spin on the DC Universe. 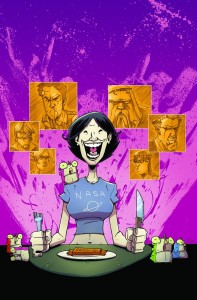 Anthony and Antonelle Chu are fraternal twins. Tony and Toni. Each with their an extraordinary, albeit diametrically opposed, ability. Tony is Cibopathic, able to get psychic sensations of the past of anything he bites into or ingests. Toni is Cibovoyant, able to flash onto a vision of the future of any living thing she bites into or ingests. They are both federal investigators, and this is the story of some of their strangest, sickest and most bizarre cases.
Collects CHEW 21-30 plus CHEW: SECRET AGENT POYO

Why to watch for it: Hardcover omnibus of the wildest series in comics. Layman and Guillory have created one of the most critically acclaimed series in recent years and the Omnivore Editions are the perfect way to catch up! 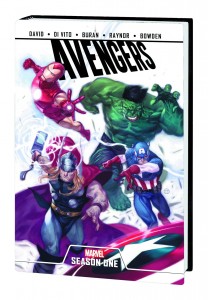 An all-new original graphic novel, modernizing the formative first days of the super-hero icons that defined pop culture! A hidden foe manipulates the newly minted Avengers from the shadows, meticulously sowing the seeds of discord and mistrust – and causing the new teammates to question the very ties that bind them together as they hunt for the fugitive Hulk. Thor – a shape-shifting alien with a secret agenda? Captain America – a hoax? Iron Man – an enemy conspirator? Their confidence in each other shattered, will the heroes destroy each other before the conspirator is revealed? Only the smartest among them will see through the deception…and it’s not who you think!

Why to watch for it: The Season One line of original graphic novels continues, this time focusing on The Avengers. Veteran scribe Peter David is at the helm of this story, a great origin tale for anyone looking to learn the history of The Avengers. 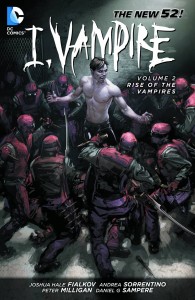 • In this second New 52 collection, Andrew Bennett finds himself in a place he never thought he’d reach during his countless decades walking the Earth. But his absence on Earth signals a deadly loss of order in the vampire hierarchy, as the savage attack on humanity he’s long feared looks like it’s coming to pass. Plus, the vampire pilgrimage begins-but along the way, they encounter an ancient enemy: the Van Helsings!
• Collects I, VAMPIRE #7-12 and JUSTICE LEAGUE DARK #7-8.

Why to watch for it: Fialkov’s critically acclaimed I, Vampire unleashes it’s second volume to trade readers, following up the extremely successful first volume! The vampires are rising, get the full story in volume 2! 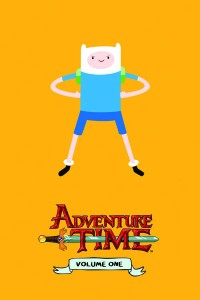 Bigger! Bolder! More Mathematical!
The all-ages hit of the year is now available in a deluxe, larger hardcover and totally mathematical edition! The adventures of Finn the human and Jake the dog in the Land of Ooo are available for the first time in this gorgeous over-sized presentation. The Lich, a super-lame, SUPER-SCARY skeleton dude, has returned to the the Land of Ooo, and he’s bent on total destruction! Luckily, Finn and Jake are on the case…but can they succeed against their most destructive foe yet? Featuring fan-favorite characters Marceline the Vampire Queen, Princess Bubblegum, Lumpy Space Princess and the Ice King. This first hardcover edition is a must-have!

Why to watch for it: It’s an Adventure Time hardcover! If you dig the show and BOOM!’s releases, this is a must have featuring all your favourite characters from the hit show and series!