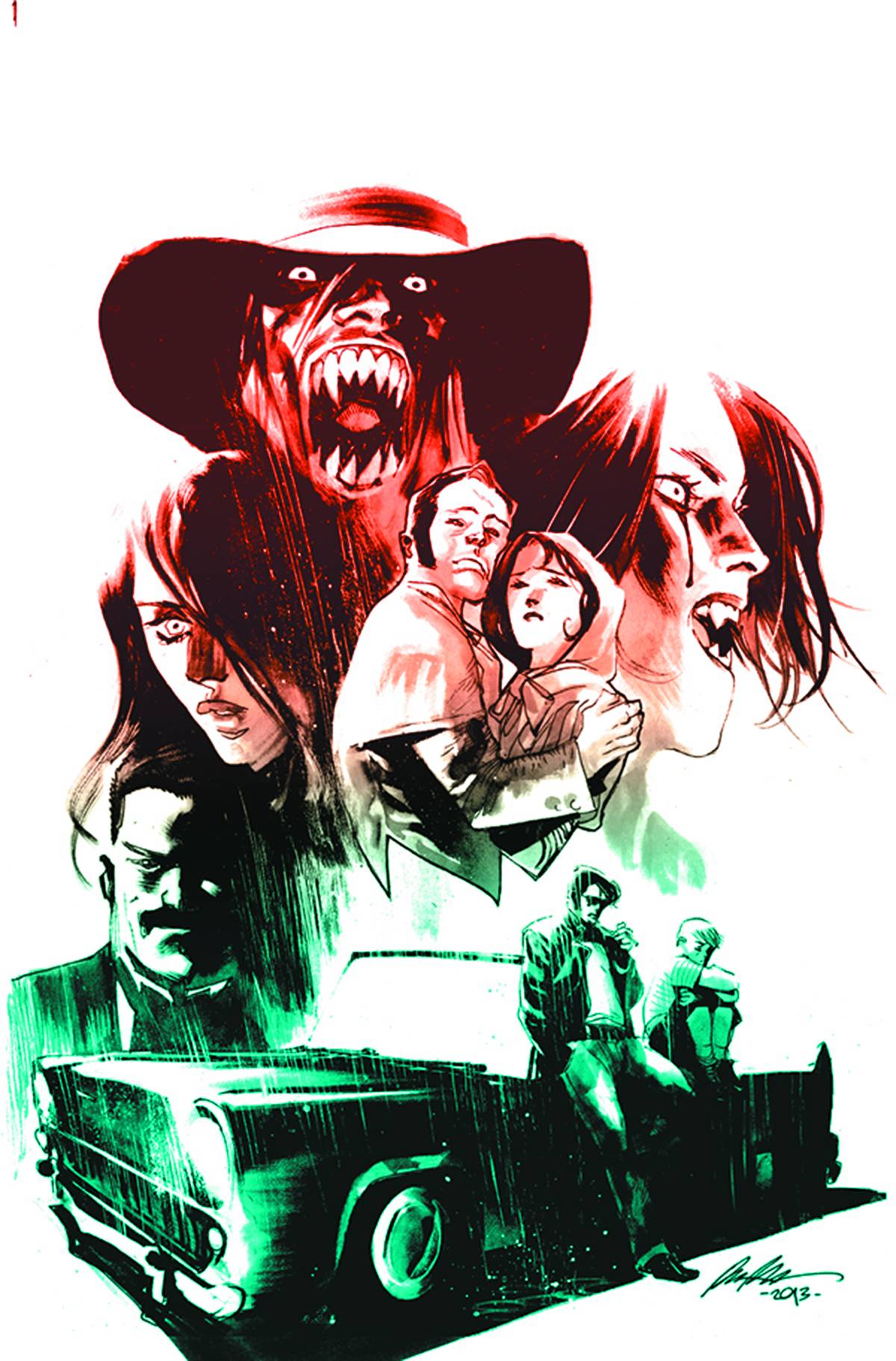 We are a mere 48 hours away from new comic books, and a whole fresh crop of collections as well! If your bookshelf is in need of a trade or hardcover infusion, look no further than the top five releases of March 26, 2014: 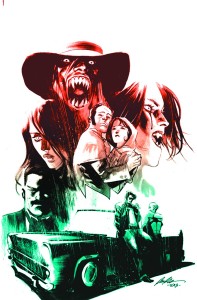 You are cordially invited to a party-to die for! This new volume collects lost tales starring new characters and old favorites from AMERICAN VAMPIRE: THE LONG ROAD TO HELL #1, starring Travis Kidd-the vampire hunter who likes to “bite them back”-plus the stories from the AMERICAN VAMPIRE ANTHOLOGY #1.

Why to watch for it: Scott Snyder & Rafael Albuquerque’s acclaimed series has kicked off once again in singles, but if you’ve been reading the collections volume 6 is ready for you! Get caught up just in time to pick up with the brand new issues hitting shops! 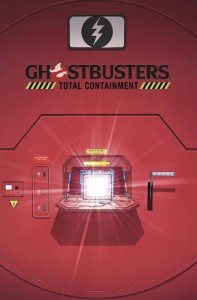 This is one big Twinkie!

They said nothing could hold all 16 issues of IDW’s Ghostbusters series-but they didn’t count on TOTAL CONTAINMENT!

With psychokinetic energy on the rise in New York City and across the country, and new enemies-human and otherwise-threatening their billable hours, Peter, Egon, Ray, and Winston have to prove once again why the Ghostbusters are the real professionals.

Collects Volumes 1-4: The Man From The Mirror, The Most Magical Place On Earth, Haunted America, and Who Ya Gonna Call?

Why to watch for it: All four volumes of the first Ghostbuster series by Burnham & Schoening in one hardcover! While you await the oft-rumoured Ghostbusters flick, get your fix right here! 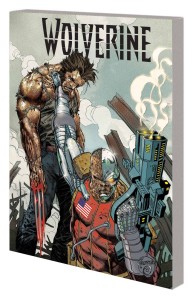 He’s the best there is at what he does – and Wolverine’s not so bad, either. The acclaimed and character-defining Wolverine run of writer Jason Aaron’s (PUNISHERMAX, Scalped) continues in this second volume! Joined by some of comics’ top artists, Aaron puts Wolverine through his paces: fighting the bizarre “living religion” Allgod, battling his way back to sanity from within Dr. Rot’s corrupt asylum, and facing unstoppable Deathlok assassins from the future – not to mention getting a girlfriend and grappling with the loss of his best friend! Plus: the double threats of Norman Osborn and Mystique! Guest-starring Marvel Boy, Fantomex, Psylocke, Captain America, the Avengers and more! Collecting DARK REIGN: THE LIST – WOLVERINE, WOLVERINE: WEAPON X #6-16, and material from ALL-NEW WOLVERINE SAGA and DARK X-MEN: THE BEGINNING #3.

Why to watch for it: Jason Aaron’s run on Wolverine is one that is spoken of in hushed, reverent tones, and the complete collections continue! There is no faster way to get the entire story than with these volumes! 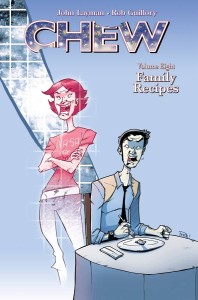 Anthony and Antonelle Chu are fraternal twins. Tony and Toni. Each with their own extraordinary, albeit diametrically opposed, ability. Tony is Cibopathic, able to get psychic sensations of the past of anything he bites into or ingests. Toni is Cibovoyant, able to flash onto a vision of the future of any living thing she bit into or ingested.

Tony is alive. Toni is dead. Toni has been murdered. Tony has vowed to catch her killer. Toni is going to help.

Why to watch for it: Chew is unlike anything else in stores, and Layman and Guillory are firing on all cylinders. The acclaimed series continues for only thirteen bucks! 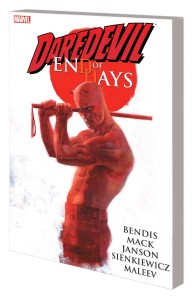 Brian Bendis heads a team of Daredevil legends to tell the last tale of the Man Without Fear. Years after the world last set eyes on him, Daredevil finally returned to Hell’s Kitchen, only to be brutally slain by his deadliest foe in a very public battle. But Matt’s enigmatic last word leads Daily Bugle reporter Ben Urich to take on one final story: the truth behind what happened to his old friend. Where did Matt go – and what brought him back, only to die? But while Urich hunts down answers from Daredevil’s array of allies, enemies and former lovers, he is being watched from the shadows – by a mysterious figure with a strikingly familiar silhouette. Matt Murdock is dead. But is that the end for Daredevil? Collecting DAREDEVIL: END OF DAYS #1-8.

Why to watch for it: Brian Michael Bendis returns to Daredevil in this 8 issue series. Joined by heavyweights David Mack, Klaus Janson, Bill Sienkiewicz and Alex Maleev, you really have no choice in the matter: this must be read.