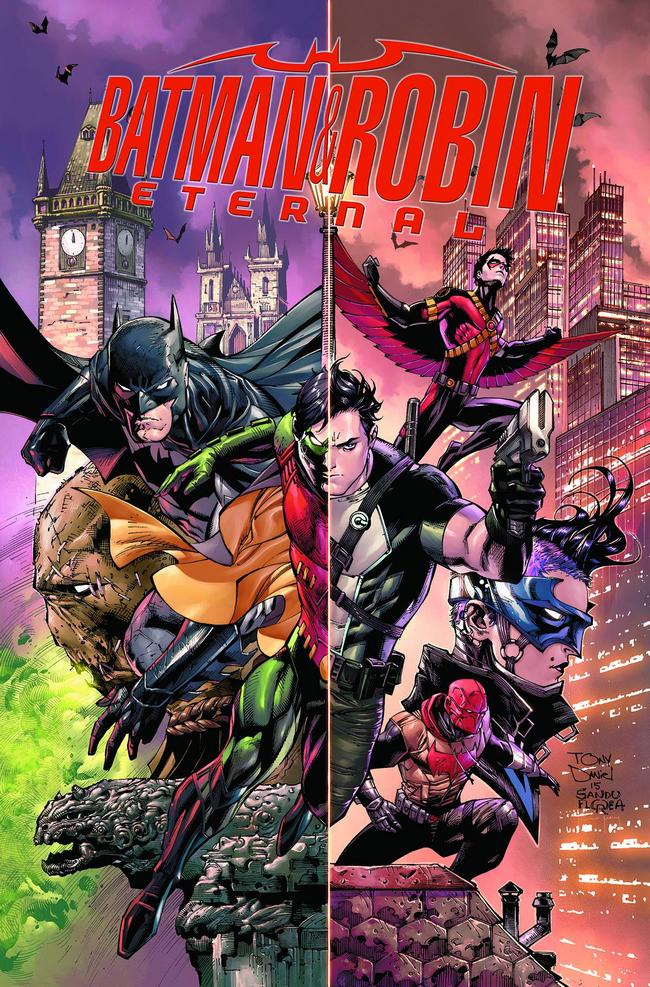 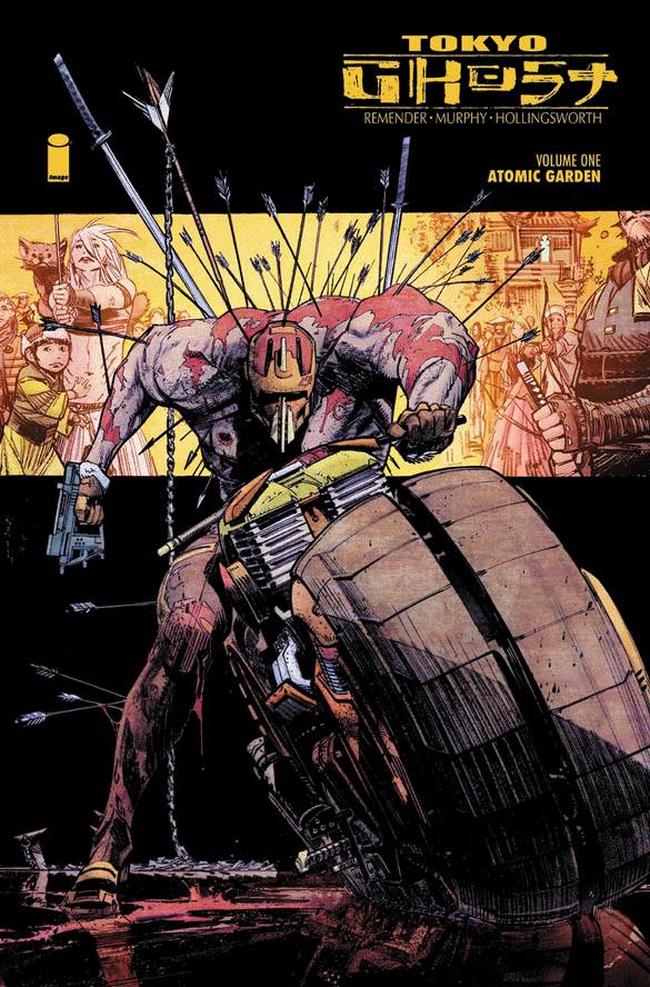 SPECIAL LOW INTRODUCTORY PRICE OF $9.99
The Isles of Los Angeles 2089: humanity is addicted to technology. Getting a virtual buzz is the only thing left to live for, and gangsters run it all. Who do these gangsters turn to when they need their rule enforced? Constables Led Dent and Debbie Decay are about to be given a job that will force them out of the familiar squalor of LA and into the last tech-less country on Earth: The Garden Nation of Tokyo.

WHY TO WATCH FOR IT: I’ve had high hopes for this series since it was announced, and it has not disappointed me at all. This series is everything I want and more. Dystopian cyber punk by some of my favorite creators working in comics today. Writer Rick Remender excels when he’s able to work and play with his own creations and Sean Murphy is a visual storytelling powerhouse that is at the top of his game. This was my anticipated series of 2015 and you should certainly pick this up this week.

Not many years ago, Batman and Robin worked the most disturbing case of their crimefighting careers: bringing down the organization of the human trafficker known only as Mother. At the time, Dick Grayson did not understand the scope of that case, but now its darkest secrets are coming back to haunt him and everyone else who ever worked with Batman! Collects BATMAN AND ROBIN ETERNAL #1-12, plus the eight-page story from BATMAN: ENDGAME SPECIAL EDITION #1.

WHY TO WATCH FOR IT: Dick Grayson is my favorite Robin, so his departure from the Batworld and the departure from the Nightwing mantle was quite the blow to my DC Batman experiences. Luckily, Grayson has been able to take up the mantle and push the character in an interesting direction. Here, writer James Tynion IV takes the helm for this series and does a solid job at directing this intense story. In the last “Batman Eternal” series, Tynion was my preferred writer as his issues often have a concise morale or theme attached to them, and he was always willing to generate fan-service moments to keep readers entertained. This is an extension of that style of storytelling and is in one concise edition for you to properly enjoy. 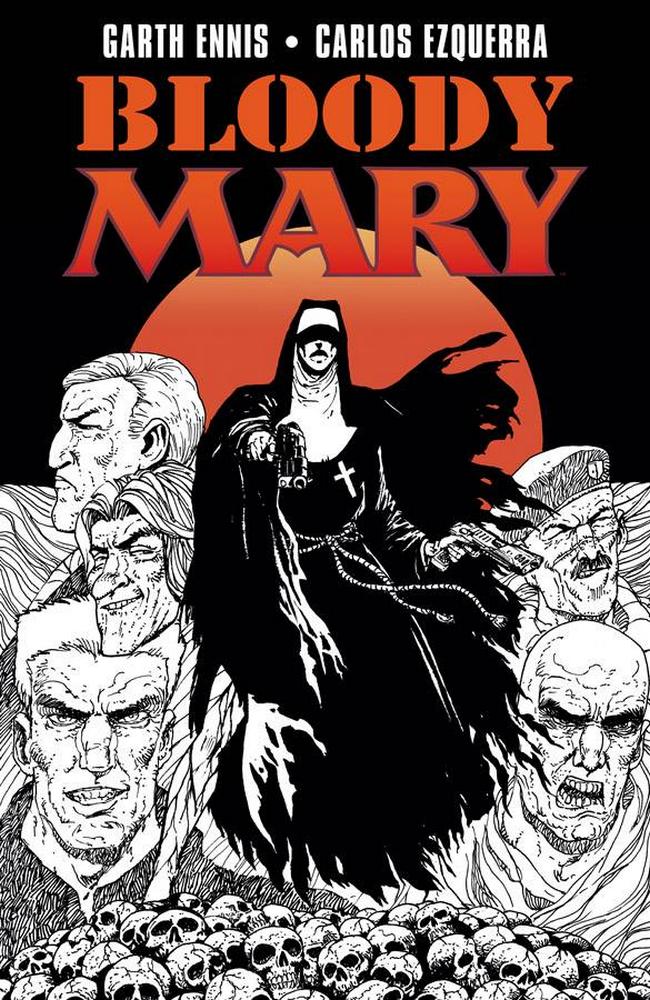 In a world only slightly worse than our own, a third great European conflict has dragged the major powers into a lethal war of attrition. Now, Mary Malone, the most dangerous assassin in a land of killers, must face both a man who cannot die and a crazed cult leader whose flock are all too ready to die for him.

WHY TO WATCH FOR IT: This is Garth Ennis doing what he does best: controversial Catholicism, the plights of war, and extreme violence. Carlos Ezquerra sustains that 90’s feel that may seem dated to current readers, but nostalgic to older readers. The story is a bit clunky in some parts, but dredges through and still has some of Ennis’s writing charm. 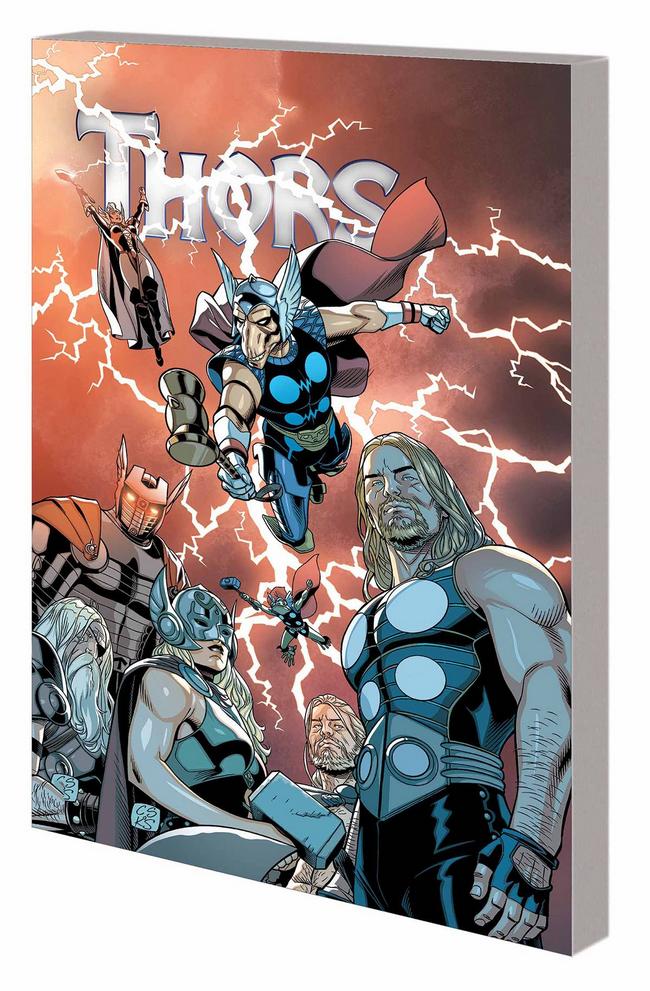 The Thors of every Battleworld domain, united as one! Whenever there’s trouble anywhere on Battleworld, the Thors bring the thunder as Doom’s lightning-wielding cosmic cops. But a string of mysterious murders leaves some of them asking questions that may unravel all of reality! Thors you know (including Ultimate Thor, Beta Ray Bill and the Odinson himself) team with Thors you don’t (say hello to Groot Thor) and place their lives on the line to hunt the killer. But will a surprising suspect help uncover the truth, or offer only lies? It’s a hard-hitting Marvel Comics police drama…with hammers. If it were a TV show, it would be called Thor and Order. Plus: In an all-time classic, relive the green-skinned glory of the original Frog of Thunder! Collecting THORS (2015) #1-4 and THOR (1966) #364-365.
Rated T+

WHY TO WATCH FOR IT: Alternate version of Thors acting as the police of reality? Written by Jason Aaron whom is currently creating the most fascinating version of Thor we’ve seen since Walter Simonson. But wait, Walter Simonson is also involved in this series? This is a must read for Thor fans! 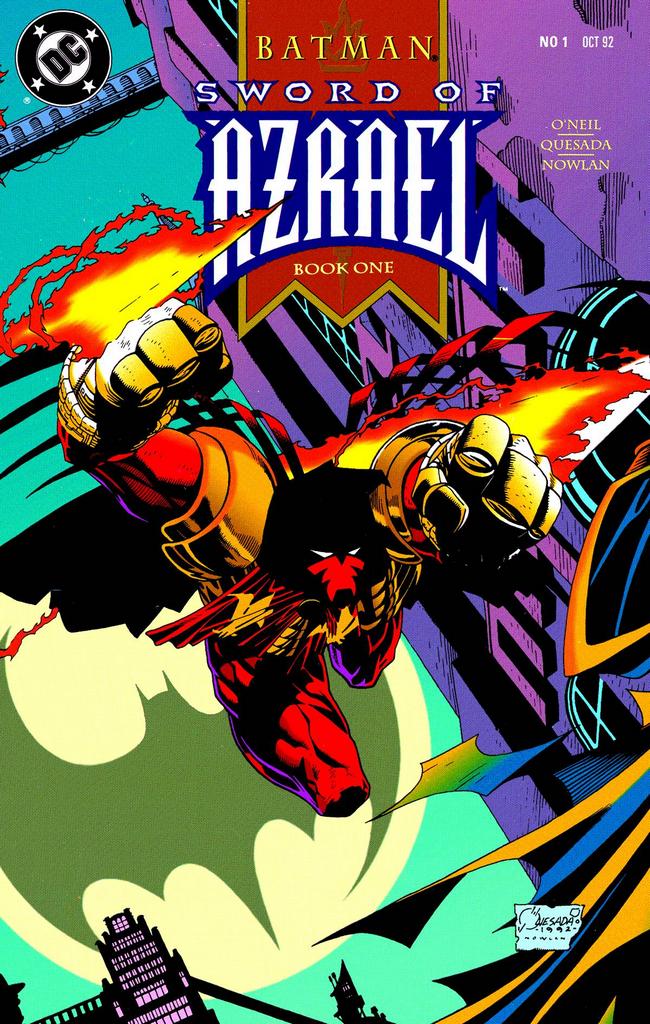 The first tales of Azrael are collected in stores from BATMAN: SWORD OF AZRAEL #1-4 and issues #1-6 of his solo series. When the Order of St. Dumas targets Batman, Azrael begins to question his life and duty. After working alongside Batman to defeat a demon that threatens the ancient cult, Azrael leaves the Order to train under the Dark Knight.

WHY TO WATCH FOR IT: As a 90’s kid, Azrael was one of the coolest characters in the Batuniverse for me. Azrael was always the likely candidate to take up the Batman role in my eyes, and this is the story of when he did from the writer that is probably the second-most influential to the Batman mythos, Dennis O’Neill. With art by Joe Quesada at the height of his career included, it’s a winning combination of comic books worth mentioning.