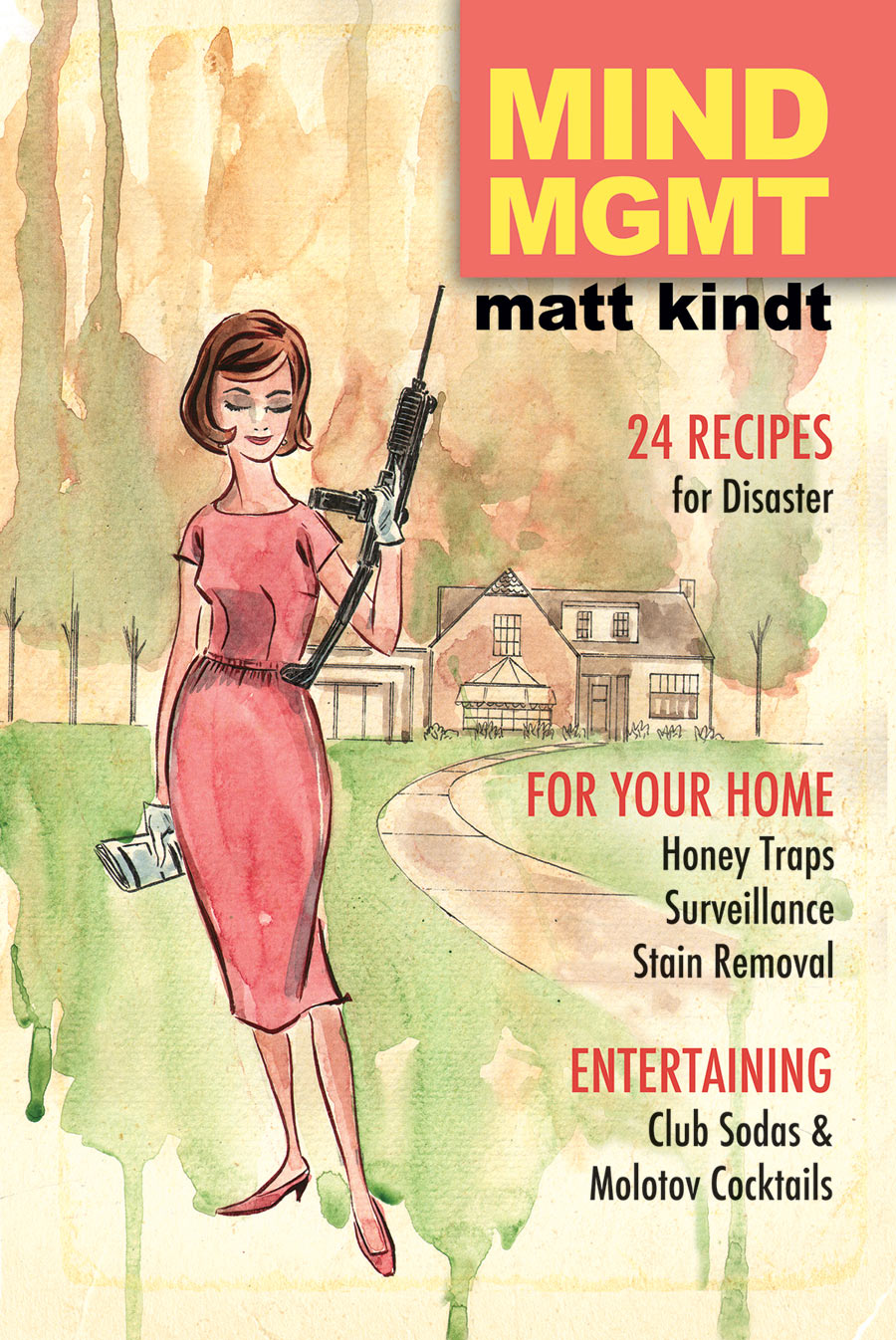 We are a mere 48 hours away from new comic books, and a whole fresh crop of collections as well! If your bookshelf is in need of a trade or hardcover infusion, look no further than the top five releases of May 21, 2014: 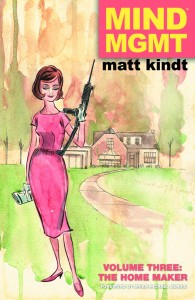 With Meru and Lyme’s partnership destroyed, the players go their separate ways in a series of interconnected one-shots revealing each character’s hidden past! As the former team continue their investigations separately, the Eraser sets her sights on a valuable new recruit-Meru! Collects The Home Maker from MIND MGMT #13-#17 and The Zoo Keeper from #18.

Why to watch for it: Mind MGMT is one of the most highly acclaimed series of the past couple years and arguably Kindt’s greatest work. Down to the binding, this one is a winner. 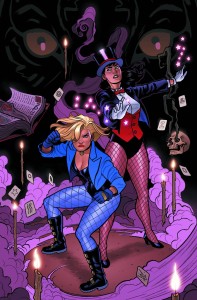 A year ago, Black Canary infiltrated a gang of female criminals set to pull a dangerous heist at a Las Vegas casino. Its leader was skilled in hand-to-hand combat and more than a passing interest in black magic. Rather than be captured by Canary or the law, she went to her death, vowing to get revenge on Canary! Now, one year later, death stalks those gang members, and Canary must turn to her friend Zatanna to help investigate.

Why to watch for it: Paul Dini and Joe Quinones fire up an OGN featuring two of the most dynamic characters in the DCU! Quinones is a dynamic artist and these characters are as entertaining as it gets. 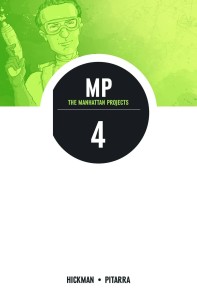 It’s the fourth volume of the world’s greatest secret science history, THE MANHATTAN PROJECTS. “The Four Disciplines” follows our fractured cast as they focus on their own diverse, secret experiments and global power plays resulting in inevitable betrayal.

Why to watch for it: Is there a crazier comic on store shelves? Hickman and Pitarra continue their unique run through the history of modern science in this fourth volume, filled with events you could never predict. 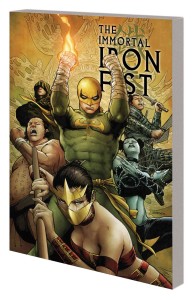 Although the Iron Fist’s legend is immortal, Danny Rand is definitely not! Why is Danny sweating over an inescapable legacy that has haunted the Iron Fists for centuries? And what is the deeper meaning of Xao’s ominous threat? As Danny and the Immortal Weapons begin another dimension-spanning adventure, they discover that the Seven Capital Cities of Heaven…might have an Eighth! Plus: Iron Fist teams with Aman and delves deeper into the Immortal Weapons’ lives! Thrill to Fat Cobra’s decades of adventure! Bride of Nine Spiders confronts her past! Is Dog Brother #1 involved with disappearing orphans? How did Tiger’s Beautiful Daughter become the world’s deadliest fighter? And what is the Prince of Orphans’ mission on Earth? Collecting IMMORTAL IRON FIST #17-27, IMMORTAL IRON FIST: ORSON RANDALL AND THE DEATH QUEEN OF CALIFORNIA #1, IMMORTAL WEAPONS #1-5 and the IMMORTAL WEAPONS SKETCHBOOK.

Why to watch for it: The saga continues in the second volume of Immortal Iron Fist! Get closure on the tales of the Immortal Weapons and the saga that Fraction and Brubaker began in volume 1! Answers! Kung Fu! Iron Fist! 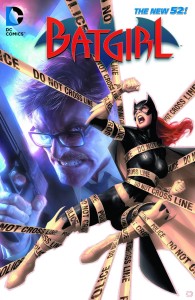 In these tales from BATGIRL #19-25 and BATMAN: THE DARK KNIGHT #23.1: VENTRILOQUIST and Batgirl struggles to continue fighting crime after the death of her brother, James, Jr. With her relationships with both Batman and her father strained, Batgirl must face one of Batman’s most ruthless villains: The Ventriloquist.

Why to watch for it: Simone and Bennett bring the extremely creepy Ventriloquist into the world of Barbara Gordon!