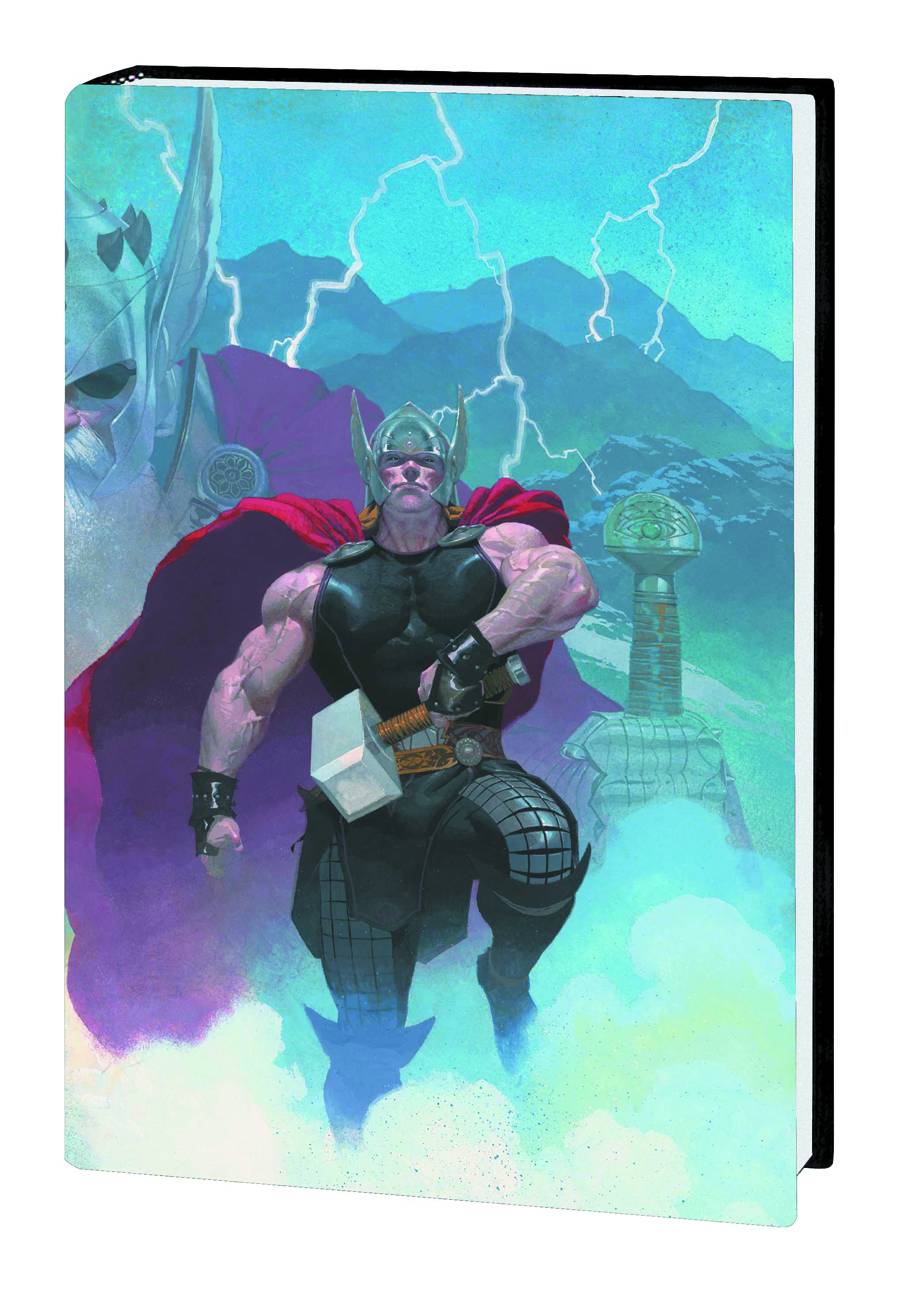 Monday means New Comic Book Day is only two sleeps away, and with that comes some great collections and trades to fill your bookshelf! Check out the hottest five collected releases of May 29, 2013! 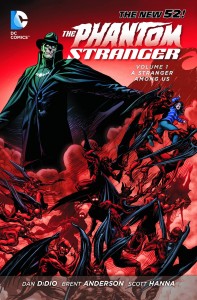 • Who has been sacrificed? Who is guilty? Who can save us? And who is The Phantom Stranger? Cursed for a betrayal that affected the very course of history, the Stranger walks the Earth attempting to atone for his sins. His actions have consequences, and as he fulfills his duty, the people he encounters will never be the same.
• Collecting THE PHANTOM STRANGER #0-5.

Why to watch for it: Phantom Stranger factors heavily into Trinity War, and this is the best place to dive right in! 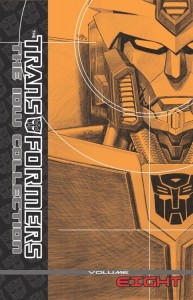 The re-presentation of IDW’s Transformers Universe continues in Volume 8! Includes “Heart of Darkness” and issues #19-31 which starts off with the “Chaos Theory” storyline and leads into the final “Chaos” arc of the ongoing series.

Why to watch for it: IDW’s hardcover collections of the Transformers universe continue with volume 8! Dan Abnett & Andy Lanning’s run on the beloved franchise is within these pages, and so much more! 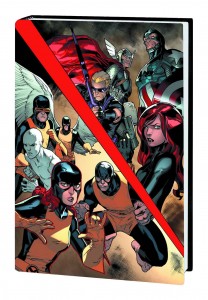 Yesterday’s X-Men continue to adjust to a present day that’s simultaneously more awe-inspiring and more disturbing than any future the young heroes had ever imagined for themselves. And things get even more dangerous when the villainous duo Mystique and Sabretooth target our young time-travelers – starting with Cyclops! Plus: How will Earth’s Mightiest Heroes react to the time-swept X-Men? Find out when the Avengers visit the Jean Grey School! But they’re not the only ones to do so, as the outlaw Uncanny X-Men drop by for a recruiting session. Who will join the adult Cyclops and his revolutionary crew? The answer will shock you! All this – and the original five X-Men get new costumes! Acclaimed writer Brian Michael Bendis further defines the future – and the past – of the X-Men! Collecting ALL-NEW X-MEN #6-10.

Why to watch for it: Bendis’ critically and fan acclaimed run on All-New X-Men continues with volume 2! Marquez and Immonen provide some of the best art in the big two in this volume in which someone from the classic X-Men jumps ship! 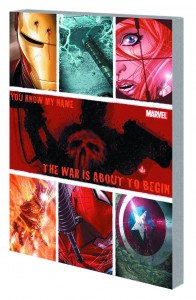 Welcome to the war zone. The Punisher faces off against the Avengers, but it’s going to take more than bullets to take down Earth’s Mightiest Heroes. It’s the matchups you never thought you’d see – Frank Castle vs. Thor, Captain America, Iron Man and more – with his protégé, Rachel Cole, caught in the middle. Does the Punisher have one last trick up his sleeve, or will the Avengers stomp him? A lot? It’s time for the Punisher to take his punishment as writer Greg Rucka’s powerful run comes to an end. Collecting PUNISHER: WAR ZONE (2012) #1-5.

Why to watch for it: Greg Rucka’s acclaimed Punisher run comes to a conclusion with War Zone! The Punisher takes on the Avengers and more in this trade that can’t be missed! 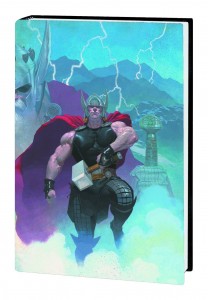 Throughout the ages, gods have been vanishing, their mortal worshippers left in chaos. NOW!, Thor follows a trail of blood that threatens to consume his past, present and future. The only hope for these ravaged worlds is for Thor to unravel the gruesome mystery of the God Butcher! In the distant past, Thor follows the bloody wake of murdered gods across the depths of space. In the present, the Thunder God discovers a forgotten cave that echoes with the cries of tortured gods – and is shocked to find himself among them! And thousands of years from now, the last god-king of ruined Asgard makes his final stand against the God Butcher’s berserker legions. As three Thors from three eras race to stop the God Butcher, the full extent of his vicious scheme takes terrifying shape! Collecting THOR: GOD OF THUNDER #1-5.

Why to watch for it: Three Thors! More thunder than any one comic can contain! Aaron and Ribic bring the terrifying God Butcher to the Marvel Universe in this truly epic Asgardian tale.