Welcome to Trade Waiting, your weekly guide to the five hottest trades hitting shelves this coming Wednesday! This week features quite a variety of titles from publishers big and small, check ’em out! 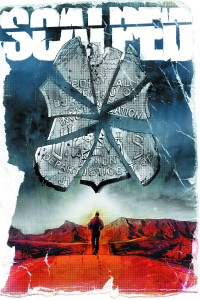 The final volume of the acclaimed crime series brings together all the threads laid out from the very beginning for a dramatic conclusion years in the making! Collecting SCALPED #56-60.

Why to watch for it: The end may not be the best place to pick up this series, but this certainly doesn’t diminish the hotness of this trade. One of the most celebrated creator owned series of the past decade and the title that launched Jason Aaron into big-two stardom, Scalped was a force to be reckoned with! 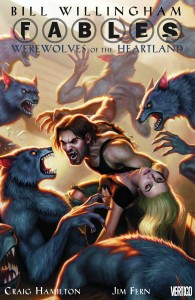 Bigby Wolf takes center stage in what might be the most action-packed FABLES story to date. Bigby embarks on a quest through the American Heartland to find a new location for Fabletown. In his wanderings, Bigby stumbles across a small town named Story City, that, amazingly enough, seems to be populated by werewolves. Who are they and where did they come from? They aren’t Fables, but they sure aren’t normal mundys. They seem to already know and revere Bigby, but at the same time they’ve captured and caged him – but why? Unravelling the many mysteries of Story City may cost Bigby more than his life.

Why to watch for it: It’s Fables, is there really much more to say than that? Bigby’s in an action packed adventure through this volume from the creative mind of Bill Willingham. 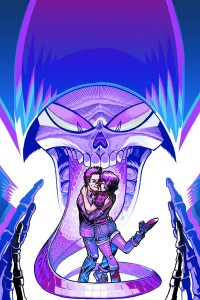 In death, he finally found something to live for. Lou Collins is caught in a cyclical curse of violent, gruesome deaths and new beginnings in the bodies of strangers. With no clue why, Lou desperately searches for a way to break the curse and cross over peacefully to the other side. Then equally doomed Ella comes along. It’s a love story to die for. Collects all four issues and features never before seen sketches, alternate covers and conceptual art by series illustrator ALUISIO C. SANTOS .

Why to watch for it: Kurtis J. Wiebe steps way outside the box with this title, a bizarre crossover between romance and horror…yes, you read that right. Wiebe and Santos have created something really interesting with this series, check it out and be blown away. 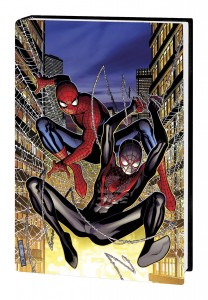 It’s the ULTIMATE AMAZING SPIDER-MAN EVENT OF THE YEAR, as Spider-Man comes face-to-face with…Spider-Man! Can even Peter Parker and Miles Morales – the Spider-Men of two worlds – defeat Mysterio, the Master of Illusions? What happens when Miles encounters an older, wiser version of his inspiration, Peter Parker? And what will both Spider-Men do now that they know they’re not alone in the universe? Guest-starring Nick Fury and the Ultimates! Be here for the story that makes history, as Brian Michael Bendis tears down the walls between the Marvel Universe and the Ultimate Universe! Collecting SPIDER-MEN #1-5.

Why to watch for it: This series got a lot of heat and criticism before it began, which all mysteriously went away when people started reading. I have never seen more people comment about weeping over a comic book, so if you are looking for a Spidey book with an immense amount of heart, here you go. 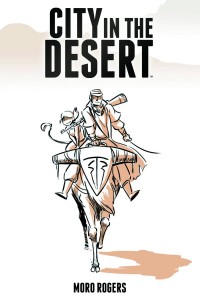 Monster hunter Irro is perhaps the only person in Kevala making a good living. The city pays him and his tailed assistant, Hari, a bounty for each monster carcass they bring in. But one day a religious sect called The Way of Sacred Peace comes to Kevala to solve the monster problem by capping the city’s Spirit Fountain. Out of a job with all the monsters gone, Irro and Hari are determined to prove there is a more sinister plot behind Sacred Peace’s plan.

Why to watch for it: After some delays in distribution, Moro Rogers’ first volume of City In The Desert is primed and ready to storm comic stores. Archaia’s production values are next to none and their titles are some of the highest quality products in comics.

What trades are you watching for? Let us know in the comments section!