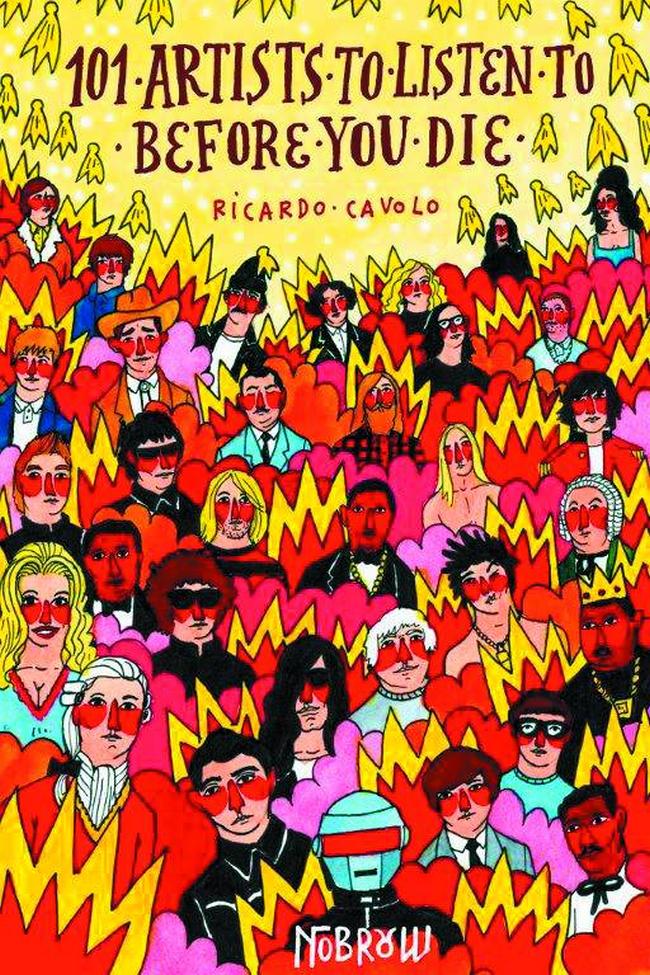 GREETINGS TRADE WAITERS! It’s another Monday, which means another look at the week’s hottest trade paperbacks, collected editions, and graphic novels in this edition of “Trade Waiting” – your weekly spotlight of five noteworthy comic book collections that are being released this coming Wednesday and why you should watch out for them! 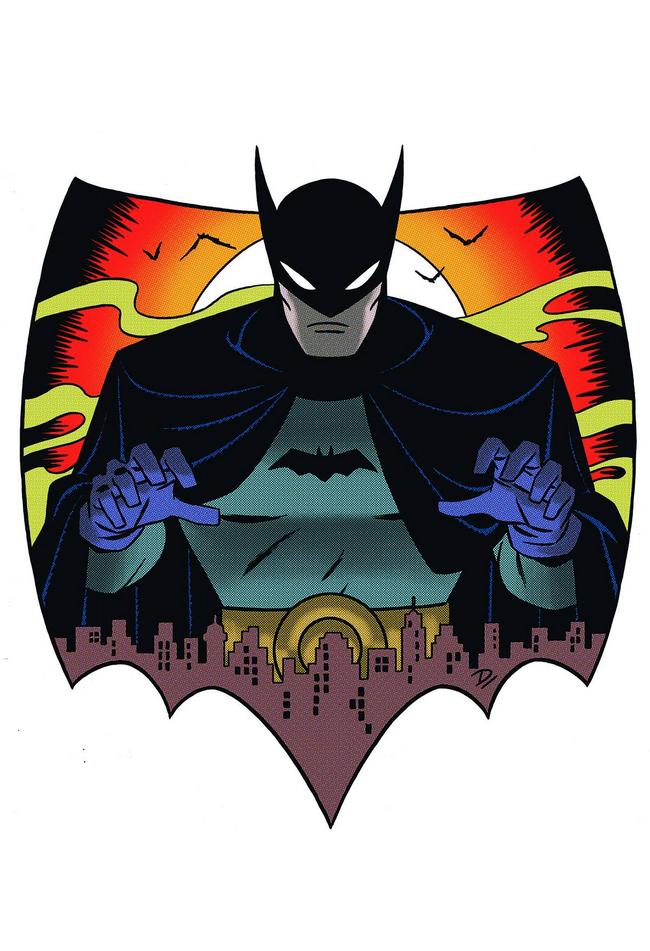 The stories that catapulted Batman to legendary status are collected here in a single, massive volume. These original stories from DETECTIVE COMICS #27-56 and BATMAN #1-7 include the origin of the Dark Knight, as well as the debuts of Robin, Commissioner Gordon, Professor Hugo Strange, The Joker, Catwoman and more!

WHY TO WATCH FOR IT: IT’S GOLDEN AGE BATMAN, IN OMNIBUS FORM. Classic stories by the quintessential creators of Batman. To quote another legendary comic creator, “Nuff said.” 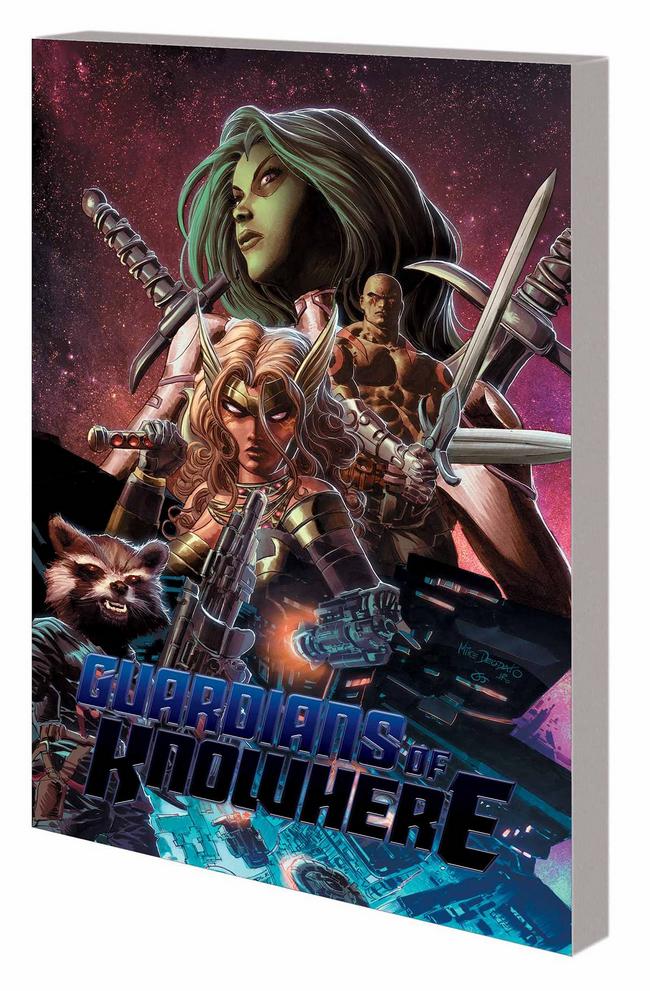 A single moon orbits Battleworld. But no, that’s no moon. It’s a space station. It’s Knowhere! The head of a dead Celestial, somehow saved from the multiversal collapse. In this colony brimming with convicts and criminals, there’s plenty of work maintaining the “peace.” But a new power is rising that threatens to tear apart the threadbare fabric of the Celestial head’s society. Will those destined to safeguard Knowhere accept that burden in time to save its citizens? Who is the mysterious woman that took out Gamora? Who stands to profit from Knowhere’s turmoil? When Knowhere’s secrets reveal themselves, it will change the face of the Guardians forever. The galaxy may be gone, but there are still places that need heroes. That need champions. That need Guardians. Collecting GUARDIANS OF KNOWHERE #1-4 and NEW AVENGERS: ILLUMINATI (2007) #3.
Rated T

WHY TO WATCH FOR IT: Guardians of the Galaxy is a hot property now over at Marvel, and Brian Michael Bendis has taken full responsibility on continually pushing these characters and developing them into a more substantial part of the Marvel Universe. Knowhere tests those limits, and points the team in exciting directions that fans of the property will appreciate. 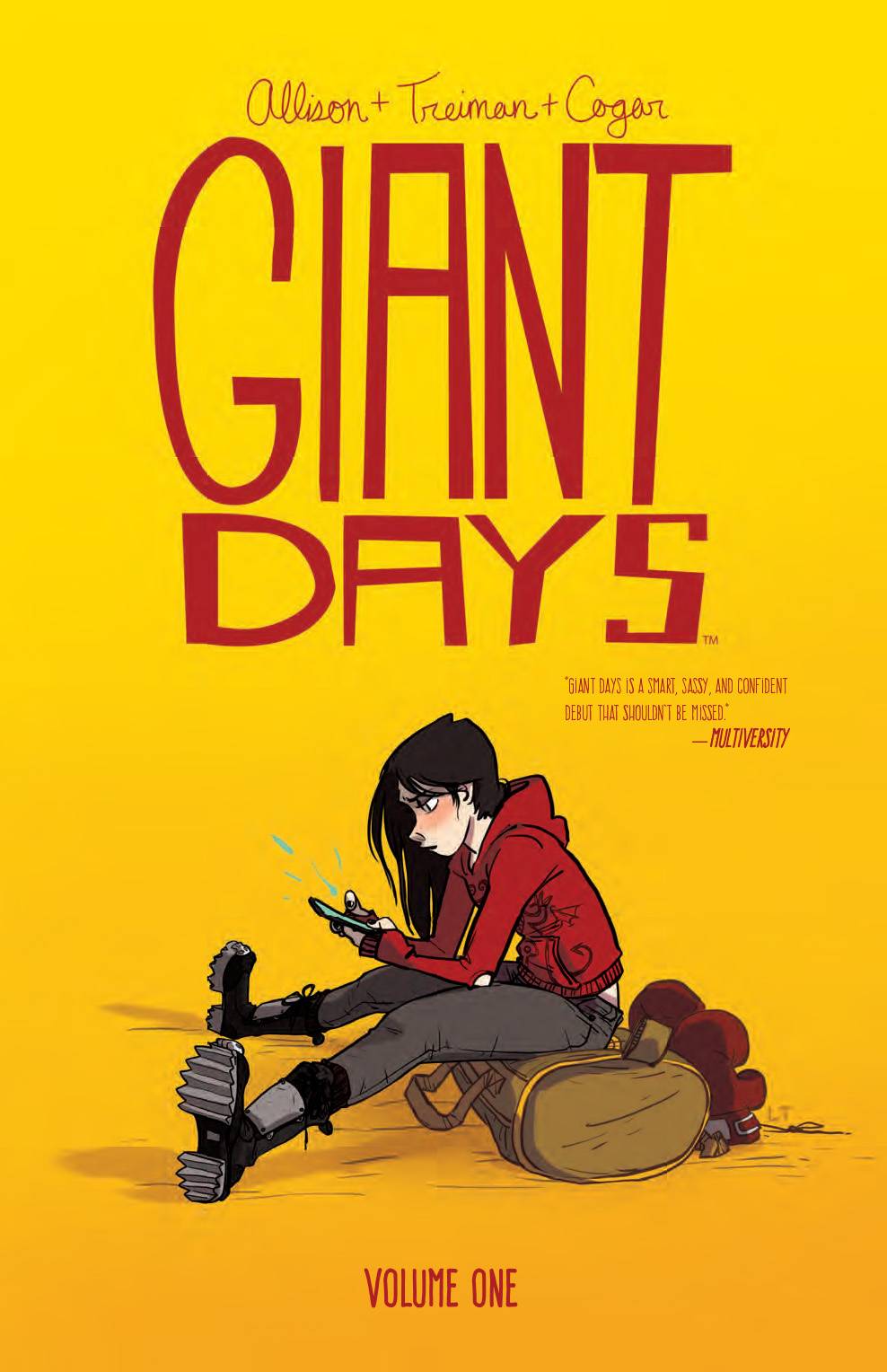 John Allison’s daily webcomic Bad Machinery and Scary Go Round are hilarious, the kind of strips where every panel makes you laugh out loud. As a result, John has earned a large, loyal following of readers that have followed his work daily for the past 12 years. Giant Days is an entertaining, slice-of-life look at three friends away at university, and is a series fans of things like Scott Pilgrim will not want to miss!

What It Is: Susan, Esther, and Daisy started at university three weeks ago and became fast friends. Now, away from home for the first time, all three want to reinvent themselves. But in the face of handwringing boys, “personal experimentation,” influenza, mystery mold, nuchauvinism, and the willful, unwanted intrusion of “academia,” they may be lucky just to make it to spring alive. Collects issues #1-4.

WHY TO WATCH FOR IT: A friend put me onto John Allison’s Bad Machinery a couple years ago, and it did not disappoint. Consequently, this also got me involved into his other series, Scary Go Round, which also did not disappoint. Needless to say, I am looking forward to reading this series in my typical “binge” fashion. John Allison has crafted a splendid storytelling aesthetic that is difficult not to enjoy, but also incredibly enjoyable if you’re into occasional emotional absurdity. Artist Lissa Treiman creates bright, lively pages filled with exorbitant emotion that is pitch-perfect to the youth experience narrative Allison makes. This is a great pallette cleanser to the usual blend of fanatical superhero-stories. 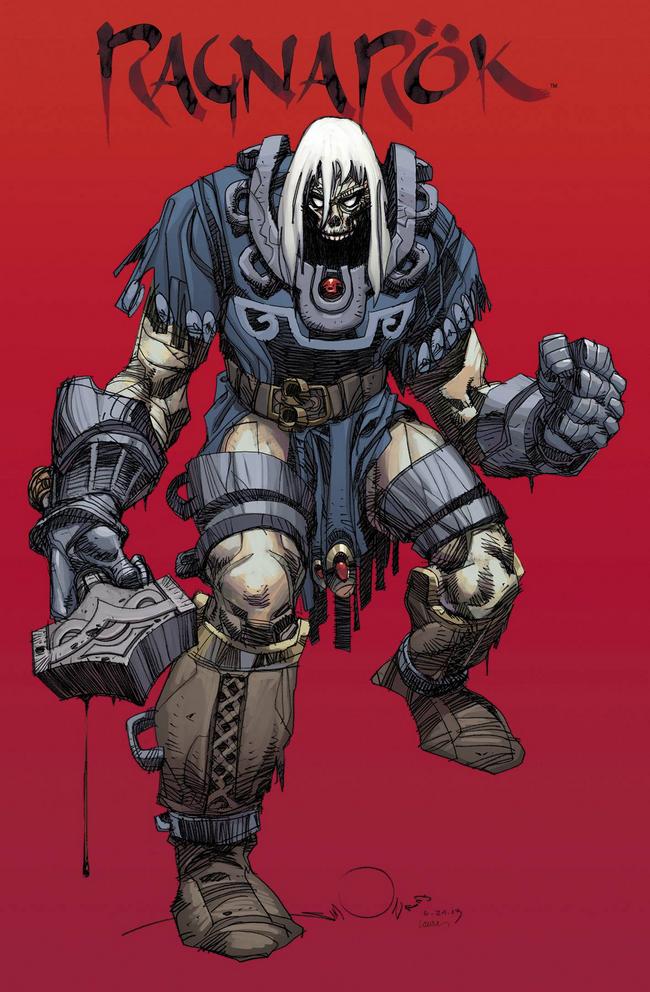 Ragnarök…the Twilight of the Gods in Norse mythology…the destruction of the Nine Worlds. And now, three hundred years later, the birth of vengeance. Walter Simonson returns to comics in this stunning all-new series.

WHY TO WATCH FOR IT: There isn’t much additional to say here except for the fact that this is WALT SIMONSON DRAWING NORSE MYTHOLOGY. If you thought his acclaimed run on Thor was deemed worthy for your comic book experience, than you should be salivating at the chance to read this series. This is essentially a bad-ass version of Thor and Simonson is nothing short of spectacular on these action-packed panels. Throw up your horns and headbang as Simonson’s thunderous and kinetic pages smash everything in it’s path!

A gorgeously illustrated graphic memoir detailing Ricardo Cavolo’s personal journey through a lifetime of music fandom, with a visit to Bach, a meditation on Radiohead and a hundred other stops along the way (from Dolly Parton to Daft Punk), 101 Artists To Listen To Before You Die is a comic to get lost in.

WHY TO WATCH FOR IT: I was turned on to this artist by friends at the most recent Small Press Expo, and I’ve become enamored with Ricardo Cavolo and his style. This is pure artistic revelry via musicians and is absolutely worth experiencing for yourself, or the other music snob-enthusiast in your group of cohorts.