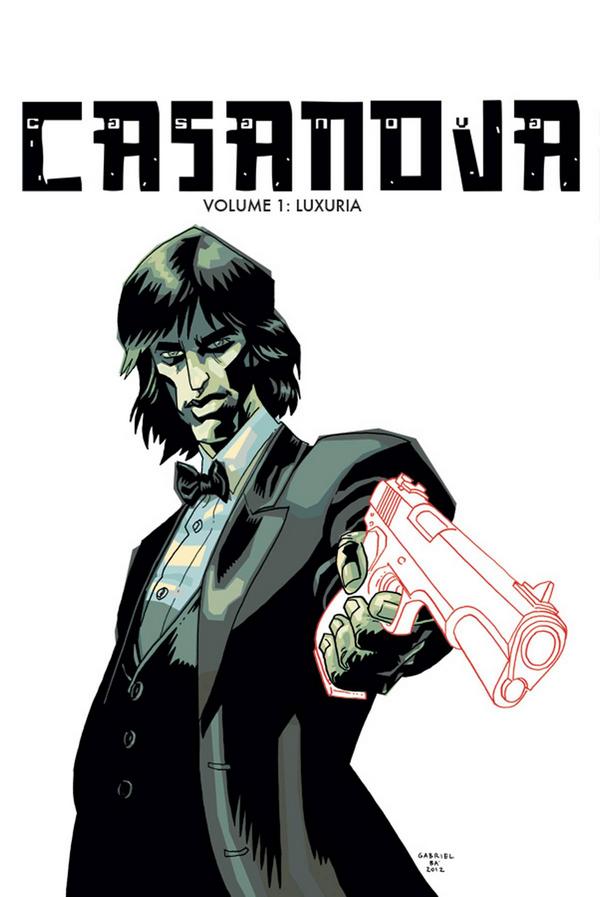 We are a mere two days away from new releases and a fresh crop of comic book collections! TRADE WAITING will tell you what releases to watch out for and why. If your bookshelf is thirsty for a trade paperback, a hardcover, or a graphic novel — then look no further than my top five releases for November 19, 2014. 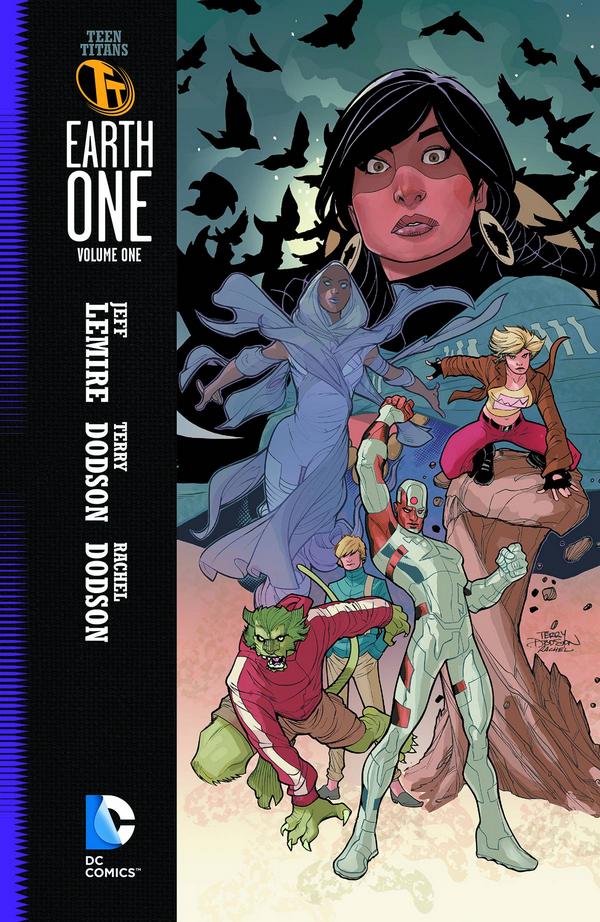 In this new, original graphic novel, the young heroes of the Teen Titans never felt like normal kids…but they had no idea how right they were. Their seemingly idyllic Oregon upbringing hides a secret – one that will bring killers, shamans, and extraterrestrials down on their heads, and force them into an alliance that could shake the planet to its foundations!

WHY TO WATCH FOR IT: The Earth One graphic novels from DC have been a refreshing and welcome respot from our usual perspectives of some mainstream characters. Writer Jeff Lemire has been able to create a devoted fanbase with his stories and Terry Dodson is one of the best in the business. Giving them free-reign over DC’s premiere, teenage supergroup (especially if you haven’t preferred the direction the current series is going) is certainly worth a look. 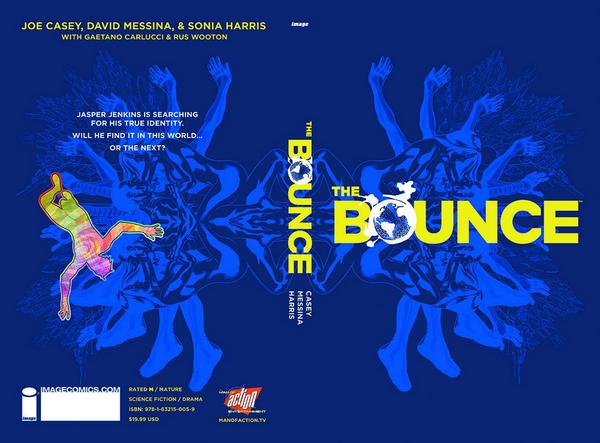 THE ENTIRE MIND-BENDING SAGA OF THE BOUNCE – ALL IN ONE BOOK!
Experience the story as it was meant to be experienced! Japser Jenkins is living a double life…along with a handful of newly-superpowered freaks. But is it really his life? Or ours? The hidden secret of our very existence can be found within this book!

WHY TO WATCH FOR IT: What if Peter Parker was a loser that smoked a lot of pot before he was bestowed with super-powers? What if his antagonist was a corporate executive that has found a way to transcend mortality and time? There is a visceral realism and ambient beauty to this series that writer Joe Casey explores within a metahuman scenario, while Dave Messina’s art is sublime as he embraces both spectacle and pragmatism. 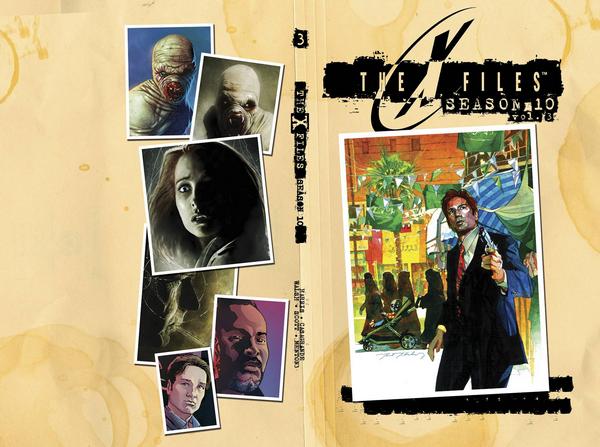 The shifting sands of Saudi Arabia have attracted pilgrims, consumed armies, and made men rich beyond their wildest dreams. But when an ancient weapon is discovered beneath a newly tapped oil field, Agents Mulder and Scully find themselves pulled back into a black game as slippery as the X-Files have ever revealed.

WHY TO WATCH FOR IT: Writer Joe Harris has been having a lot of fun with continuing the X-Files franchise and it’s very apparent in this series. X-Files, science-fiction, investigation, thriller — what more do you want?

Casanova Quinn, a decadent thief and black sheep to the most famous family in global super-espionage, gets kidnapped across parallel dimensions where survival means masquerading as the greatest secret agent the world has ever known…Casanova Quinn. The first volume of the ultimate in science fiction spy psychedelia collected in an ultra-deluxe oversized edition. At long last, all the covers, all the content, all the comics, between two gorgeous covers. By MATT FRACTION (SEX CRIMINALS, SATELLITE SAM, Hawkeye), GABRIEL BÁ (UMBRELLA ACADEMY, Daytripper), and FÁBIO MOON (Daytripper, BPRD).

WHY TO WATCH FOR IT: I’ve been waiting for a hardcover like this to grace my bookshelf and with the recent success of Matt Fraction and a new Casanova series on the horizon, this is an excellent chance for fans to check out one of my favorite spy characters. Trade Waiters should also take heed that artists Gabriel Ba and Fabio Moon are some of the smartest and most talented sequential artists in the business. 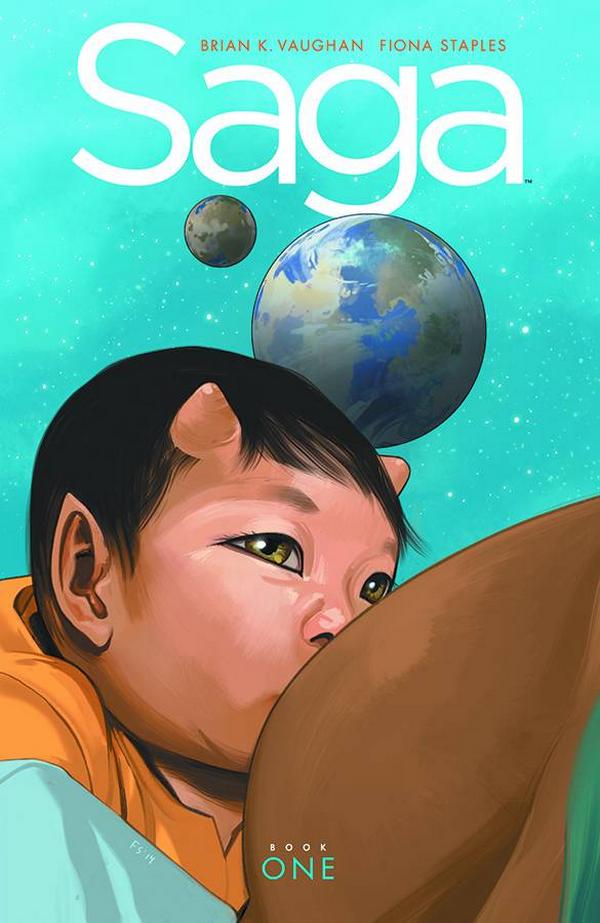 At long last, a deluxe hardcover of the Eisner and Hugo Award-winning SAGA is finally here! Collecting the first 18 issues of the smash-hit series, this massive edition features a striking new cover, as well as special extras, including never-before-seen sketches, script pages, and a roundtable discussion with the creators about how SAGA is really made. Altogether, this hardcover contains over 500 pages for less than fifty bucks!

Written by Eisner Award-winning “Best Writer” BRIAN K. VAUGHAN (Y: The Last Man, The Private Eye) and drawn by Harvey Award-winning “Best Artist” Fiona Staples (Mystery Society, North 40), SAGA is the story of Hazel, a child born to star-crossed parents from opposite sides of a never-ending galactic war. Now, Hazel’s fugitive family must risk everything to find a peaceful future in a harsh universe that values destruction over creation. Fantasy and science fiction are wed like never before in a sexy, subversive drama for adults that Entertainment Weekly called, “The kind of comic you get when truly talented superstar creators are given the freedom to produce their dream book.” Collects SAGA #1-18

WHY TO WATCH FOR IT: By now most of you are all very well aware of the comic book phenomenon known as Saga, but this recommendation isn’t for you. With “Black Friday” and “Cyber Monday” looming around the corner, the gift-giving season is well on its way. This is a well bundled gift with tons of supplemental information to give to that special girl or guy this holiday season.