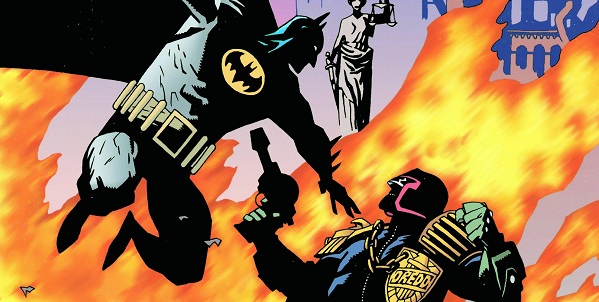 Another week, another fantastic set of trades being released! These are the five hottest trades/collections in stores Wednesday, November 21, 2012. 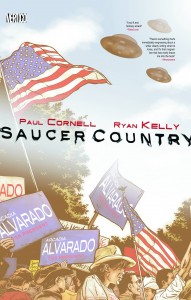 In this first SAUCER COUNTRY TP, collecting issues #1-6 of the series and a story from STRANGE ADVENTURES #1, meet Arcadia Alvarado, Governor of New Mexico and presidential hopeful, who says she was abducted by aliens. She’s already dealing with immigration, budget cuts and an alcoholic ex – and now she’s determined to win the election so she can expose the truth about the aliens – and save the world.

Why to watch for it: The first arc of Paul Cornell & Ryan Kelly’s Vertigo creation has been lauded by every possible critical outlet. The perfect means of catching up on the series from the very beginning. 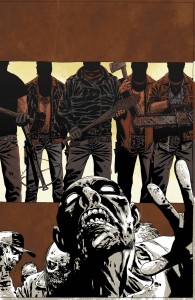 In this volume of the NYT bestselling survival horror, Rick and his band of survivors work to build a larger network of thriving communities, and soon discover that Negan’s “Saviors” prove to be a larger threat than they could have fathomed. Crossing Negan will lead to serious, dire consequences for the group; it seems that for the first time since the Governor’s reign of terror that Rick may have Something to Fear.

Why to watch for it: This collection contains the epic 100th issue of the mighty zombie epic, an issue that sold hundreds of thousands of copies and permanently scarred many long time readers. A perfect collection for fans of the series and viewers of the TV show. 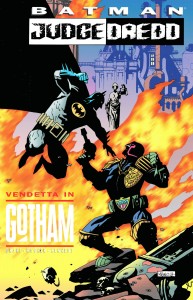 When Batman crosses paths with the grim and gritty Judge Dredd, things are bound to get ugly! In these tales from the 1990s, the two crimefighters face The Riddler and The Joker and battle extradimensional gladiators.

Plus: Don’t miss Judge Dredd’s battle with the Main Man himself – Lobo!

Why to watch for it: It’s Batman AND Judge Dredd. Seriously…in a huge hardcover collection. Not a whole lot more to say than that. 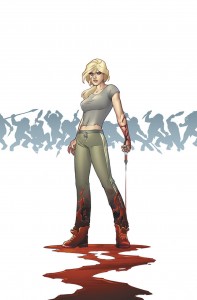 When Zoe, a brilliant young scientist who specializes in identifying extinct viruses, is offered a job at a remote research facility in Antarctica, she soon discovers her employer has unearthed a perfectly preserved Neanderthal. That is only one of the many dark secrets lurking at the facility as Zoe races against time to stop a global pandemic.

Why to watch for it: Palmiotti & Gray’s Kickstarted book Retrovirus is a hardcover book for 13 bucks. Not a lot of original graphic novels by pros like Palmiotti & Gray are available for that price, let alone an original story like this one. 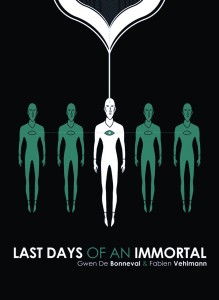 In the distant future, Elijah is a member of the “Philosophical Police,” who must solve conflicts that arise out of ignorance of the Other. Two species are fighting a war with roots in a crime committed centuries ago, and Elijah must solve the crime and bring peace between their species, while also confronting his own immortality in a world where science provides access to eternal life. In a world where death no longer exists, why do so many want to give up on life? Translated from the award-winning French graphic novel.

Why to watch for it: This collection is translated from a French award winner, and nobody puts out a higher quality collection than Archaia. Check out this mind-bender of a book.