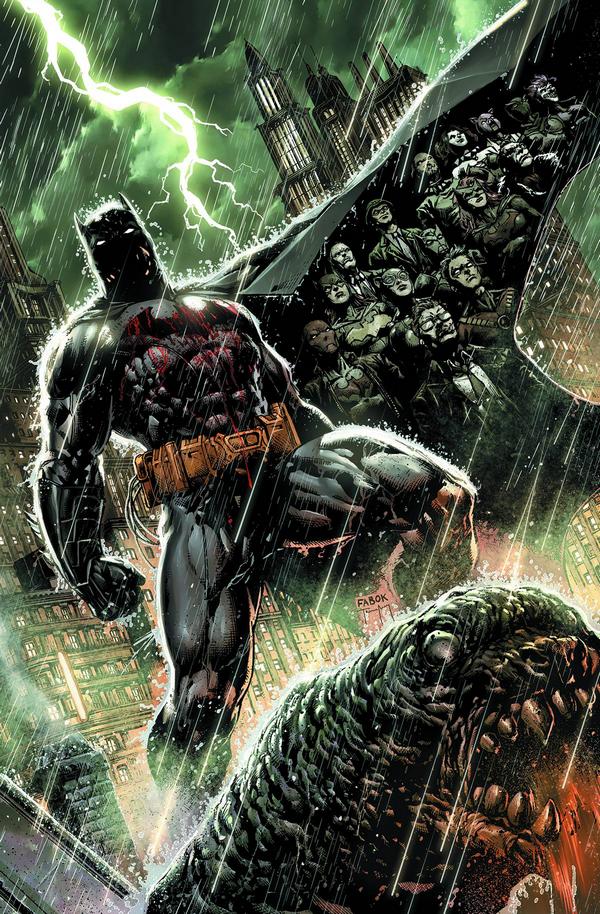 We are a mere two days away from new releases and a fresh crop of comic book collections! TRADE WAITING will tell you what releases to watch out for and why. If your bookshelf is thirsty for a trade paperback, a hardcover, or a graphic novel — then look no further than my top five releases for November 26, 2014. 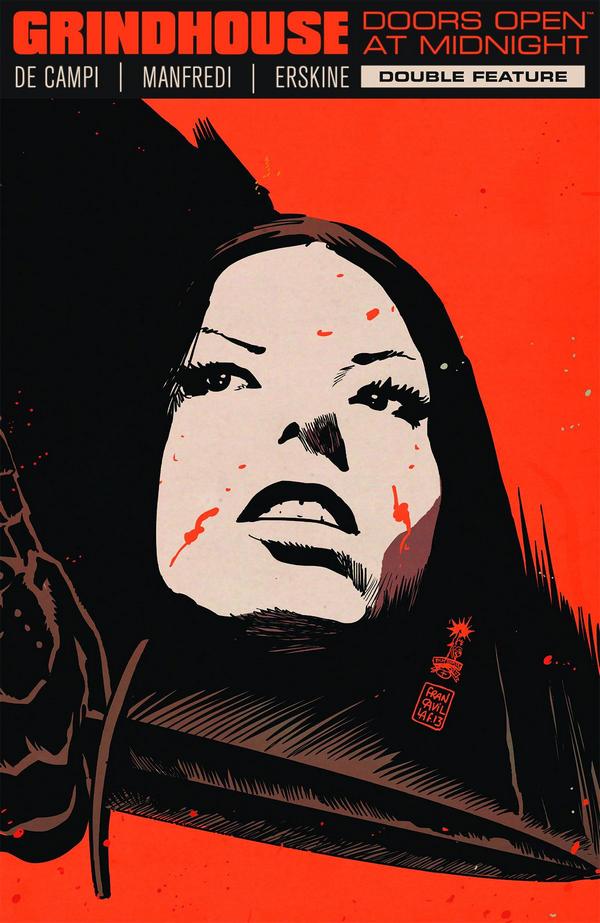 Back for more, eh? We knew you couldn’t stay away! Line on up for a sick and twisted Grindhouse double feature of “Bride of Blood” and “Flesh Feast of the Devil Doll”! Don’t miss a lick of the thrills, starting at midnight! Collects Grindhouse issues #5-#8!

WHY TO WATCH FOR IT: Writer Alex de Campi has been creating some amazing stories with Grindhouse and really stretches with some of the coolest ideas in horror. If you’re a fan of B-movie horror and fun then this is well-worth checking out. 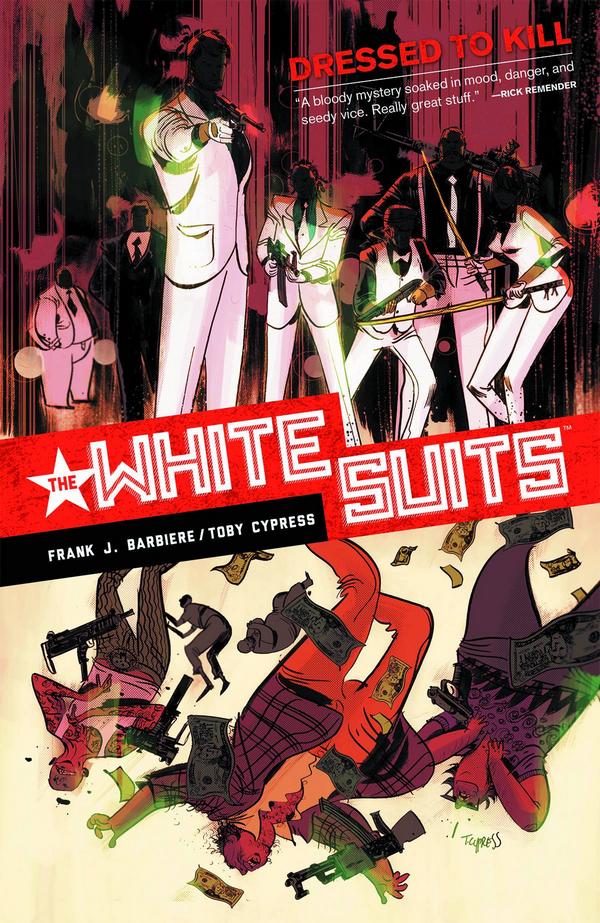 They savaged the Cold War Russian underworld-then disappeared. When they resurface, leaving a trail of dead mobsters in their wake, an amnesiac and an FBI agent seek to answer a single question: Who are the White Suits? Collects The White Suits #1-#4 and stories from Dark Horse Presents.

WHY TO WATCH FOR IT: This series doesn’t follow typical comic book storytelling. Be prepared for a visually poetic presentation wrapped in scenes that can’t help but grab your attention. I’ve been a big fan of Toby Cypress’s work and Frank Barbiere’s setting is the perfect combination.

In the wake of FOREVER EVIL, the world looks at heroes in a different light, creating tension between Batman and his allies and the Gotham City Police Department. When a gang war breaks out and new villains arise, it’s up to the Dark Knight, Batgirl, and others to turn the tide as best as they can – but will the GCPD be a help or a hindrance? Plus, a fan-favorite character makes her long-awaited DC Comics – The New 52 debut: Stephanie Brown! Don’t miss these stories from BATMAN ETERNAL #1-20!

WHY TO WATCH FOR IT: Couldn’t keep up with DC’s weekly release of Batman Eternal? Here is 20 issues right at your doorstep. Fans of the current Batman series can catch up on all the supplementary stories that are affecting the main continuity in this action-packed, relentless thriller. 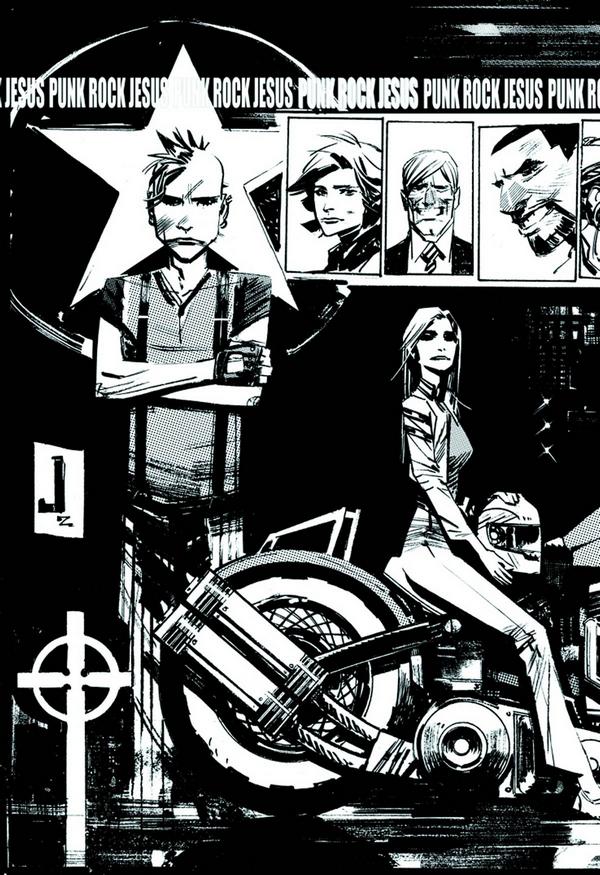 Sean Murphy’s acclaimed 6-issue miniseries about reality TV show starring a clone of Jesus Christ is now collected in a Deluxe Edition hardcover, with over 100 pages of new, bonus material and new cover art!
J2 causes both outrage and adulation. Religious zealots either love or hate the show, angry politicians worry about its influence on the nation, and members of the scientific community fear the implications of cloning a human being at all, let alone the Son of God.

WHY TO WATCH FOR IT: Punk Rock Jesus is one of my favorite stories ever. If the sociopolitical critcisms and the negatives of eugenics and the media wasn’t enough, there is the visceral and beautifully unapologetic art by Sean Murphy to enjoy. Plus, with an additional 100 pages of bonus material, it’s a MUST buy. 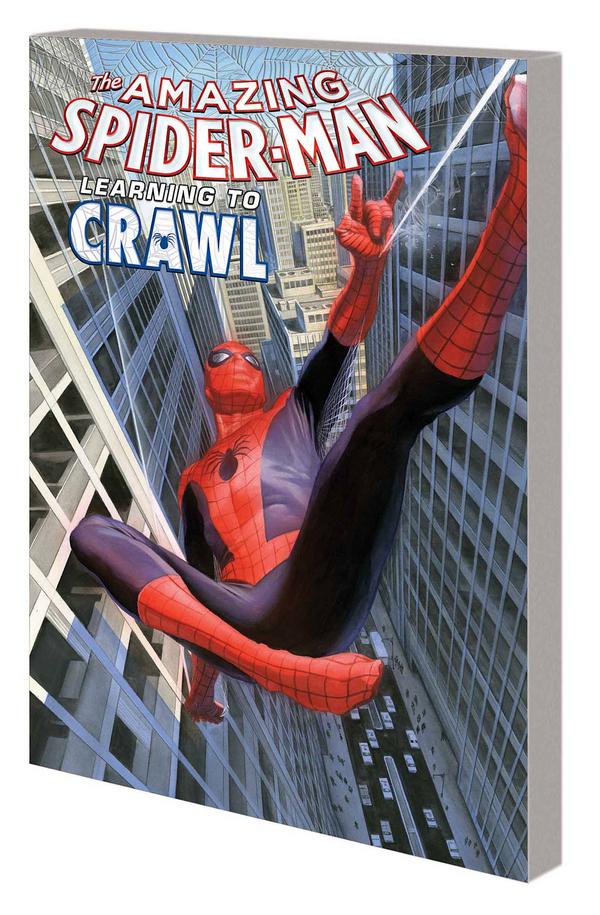 It’s the chapter you never knew about the story you know by heart! Join Peter Parker as he takes his first steps toward finding his way in the world as Spider-Man! He sought revenge and found responsibility. From that night on, a new life began. Peter’s not a hero – not yet – but he’ll get there somehow. But what happens when Peter meets Clash, New York’s newest menace? Clash is Spidey’s biggest fan, but what started off as fun and games soon turns deadly serious – and Clash is about to become his first super villain! And as a classic Spidey villain joins in on the fun, J. Jonah’s Jameson’s crusade against Spider-Man kicks into overdrive, and Uncle Ben’s secrets come to light! Dan Slott and Ramón Pérez deliver a new spin on Spider-Man’s first 60 days! Collecting AMAZING SPIDER-MAN (2014) #1.1-1.5 and material from #1.

WHY TO WATCH FOR IT: This is a fun reinterpretation/reinvention of the classic origin story of Spider-Man, that we’ve all come to know and love. This time it’s been updated to modern times and also has a new tale to tell amongst it. It’s funny, entertaining, and still carries that same genuine Spidey spirit that we’ve come to appreciate from Dan Slott.