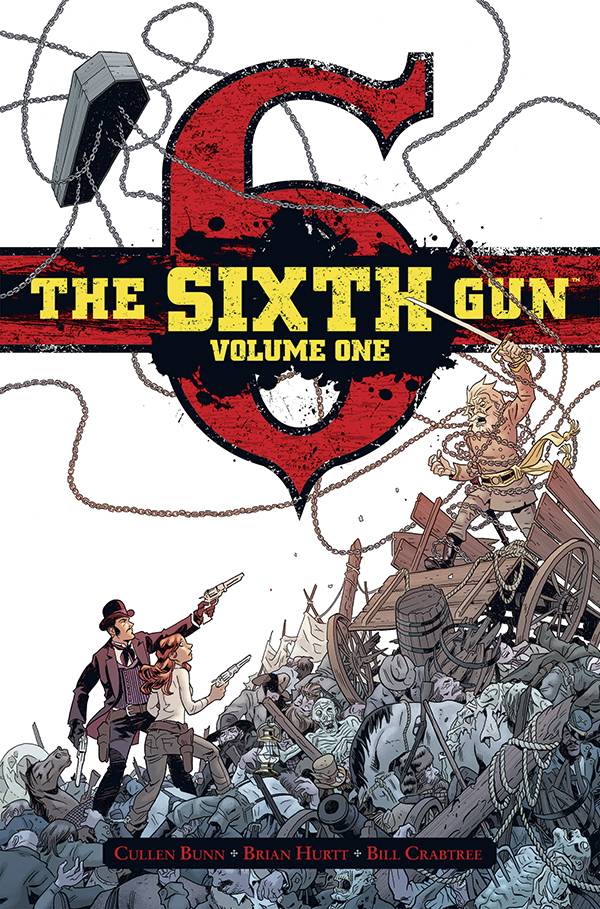 We are a mere 48 hours away from new comic books, and a whole fresh crop of collections as well! If your bookshelf is in need of a trade or hardcover infusion, look no further than the top five releases of November 27, 2013: 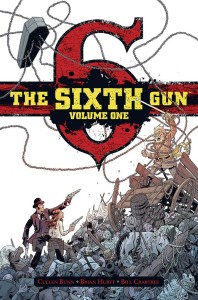 During the darkest days of the Civil War, wicked cutthroats came into possession of six pistols of otherworldly power. In time, the Sixth Gun. the most dangerous of the weapons, vanished. When the gun surfaces in the hands of an innocent girl, dark forces reawaken.

Vile men thought long dead set their sights on retrieving the gun and killing the girl. Only Drake Sinclair, a gunfighter with a shadowy past, stands in their way. But the guns have a power… and a destiny… more terrifying than anyone imagines.

Collecting the first 11 issues of the critically-acclaimed comic book series.

Why to watch for it: The Sixth Gun is one of the most critically acclaimed series in comics today, and this is your chance to get in on the ground floor with an oversized deluxe hardcover of pure awesome. The first two volumes of the series, all in one big bundle of glory. 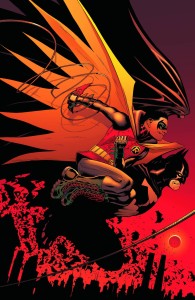 In the stories from issues #15-17, BATMAN #17 and BATMAN AND ROBIN ANNUAL #1, Damian battles The Joker-with catastrophic results! What secrets will be revealed?

Why to watch for it: Death of the Family and the torment wrought by the Joker storms into Batman & Robin. Go deeper into the minds of Damian and Alfred in this essential tie-in to the main event by a very strong creative team. 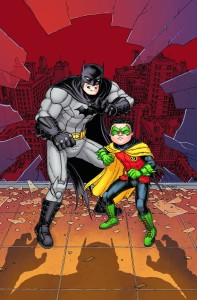 In this new collection of issues #7-13 of the hit BATMAN, INCORPORATED series and the BATMAN, INCORPORATED SPECIAL #1, Batman and his allies must strengthen their resolve as Leviathan moves against Gotham City. Everything since issue #1 has been leading to the tragic moment in which Damian Wayne pays the ultimate price in the war against crime!

Why to watch for it: The events of the issues in this collection had the industry buzzing and the fallout of this storyline is fueling Batman stories to this day. Grant Morrison’s epic journey comes to a close in a heartbreaking fashion. 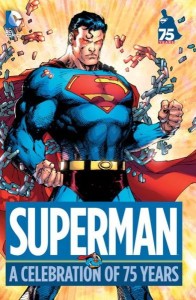 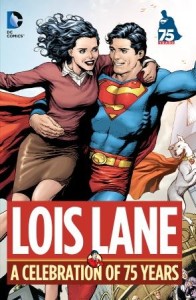 Why to watch for it: A celebration of two of the greatest characters in the history of comics, hitting high points for both along the way. Superman and Lois Lane are as iconic as it gets, and this is a celebration of their amazing 75 years. 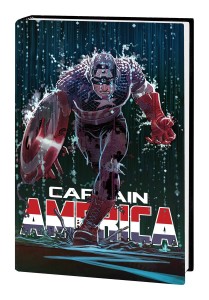 The odd saga of Dimension Z continues, with the shocking fate of Steve Rogers revealed: Long live Captain Zola – master of lies, injustice and the Dimension Z way! But even as Arnim Zola gets everything he wants, a traitor strikes. Ian’s fate is decided as Zola’s master plan is revealed, and Steve Rogers has just one chance to set all of this right. Broken, beaten and near dead, he must defeat Zola – or all is lost! And with the only way back to Earth slowly closing forever, Captain America must make the hardest decision of his life. Plus: A character you never expected reemerges from the past, and Zola targets humanity squarely in his crosshairs. The final days of Dimension Z are here – and if Steve Rogers escapes intact, he will never be the same again. Collecting CAPTAIN AMERICA (2012) #6-10.

Why to watch for it: The end of the Dimension Z arc, with long lasting ramifications for Captain America forevermore. Remender & Romita have changed the game for Steve Rogers.