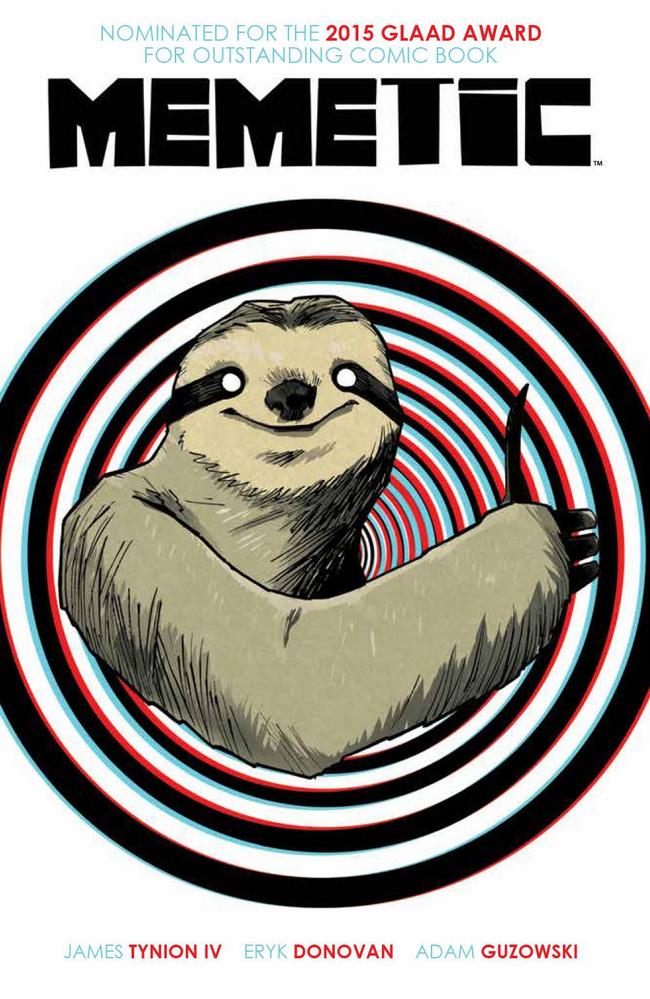 What’s to Love: Memetic is truly an event comic, and a wholly unique take on the disaster genre. Much like his work on The Woods, writer James Tynion IV-with the help of fantastic newcomer Eryk Donovan (The House in the Wall)-brings horror to a whole new generation of fans of J-horror films like Uzumaki and The Ring. Plus, Memetic was nominated for the 2015 GLAAD Award for Outstanding Comic!

What It Is: A meme is an idea that starts with an individual, and then virally spreads to multiple persons and potentially entire societies. Richard Dawkins suggests a meme’s success comes from its effectiveness to the host. But history shows that destructive memes can spread just as rapidly through society. Memetic shows the progression of a weaponized meme that leads to the utter annihilation of the human race within 72 hours. The root of this apocalypse is a single image on the internet, a “meme” in the popular sense. A meme that changes everything. Collects the complete three-issue miniseries.

WHY TO WATCH FOR IT: James Tynion IV is quickly becoming one of my favorite comic book writers as he continues to push himself outside of the traditional, super-hero genre stories and demonstrate his talents to different audiences. Memetic is a story that plays strictly on contemporary media culture and exacerbates it to the realm of horror. What I enjoy about Tynion’s story is the unsubtle personability and humanity amid an ostensible monster zombie, internet virus, outbreak. Eryk Donovan’s art is incredibly complementary to the narrative and his thoughtful panel composition and art style lends the story. 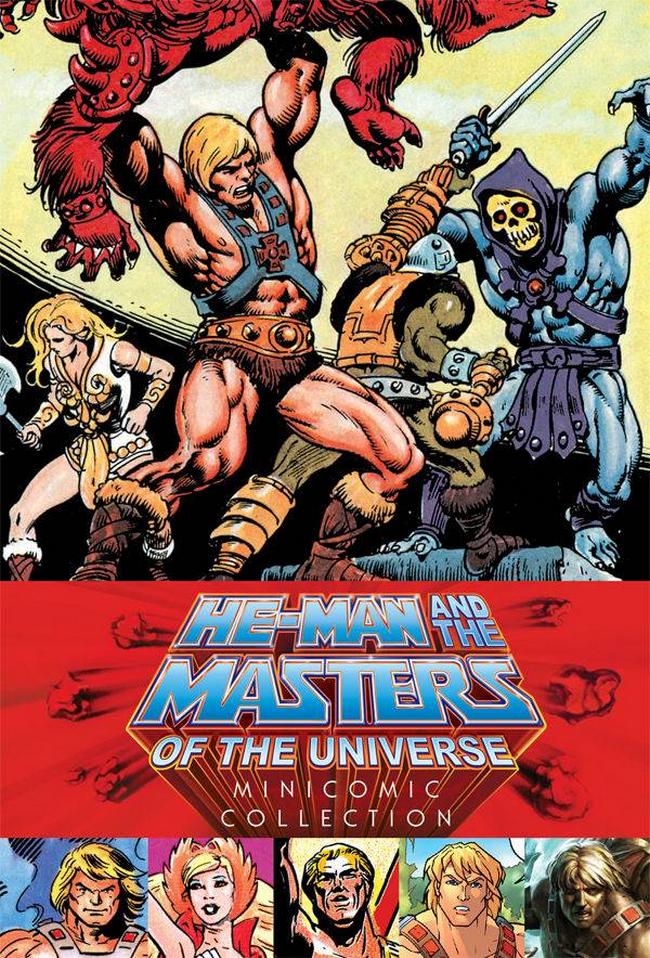 WHY TO WATCH FOR IT: “I HAVE THE POWER!” I’m not going to go much further into this besides saying that if you’re a He-Man fan, then this is a must own for you. If you were a fan of the minicomics and your parents threw them away when you went to college or you thought you were had finally outgrown keeping them, fear not, because the power of Grayskull — and Dark Horse comics have brought them back for nostalgia and posterity! 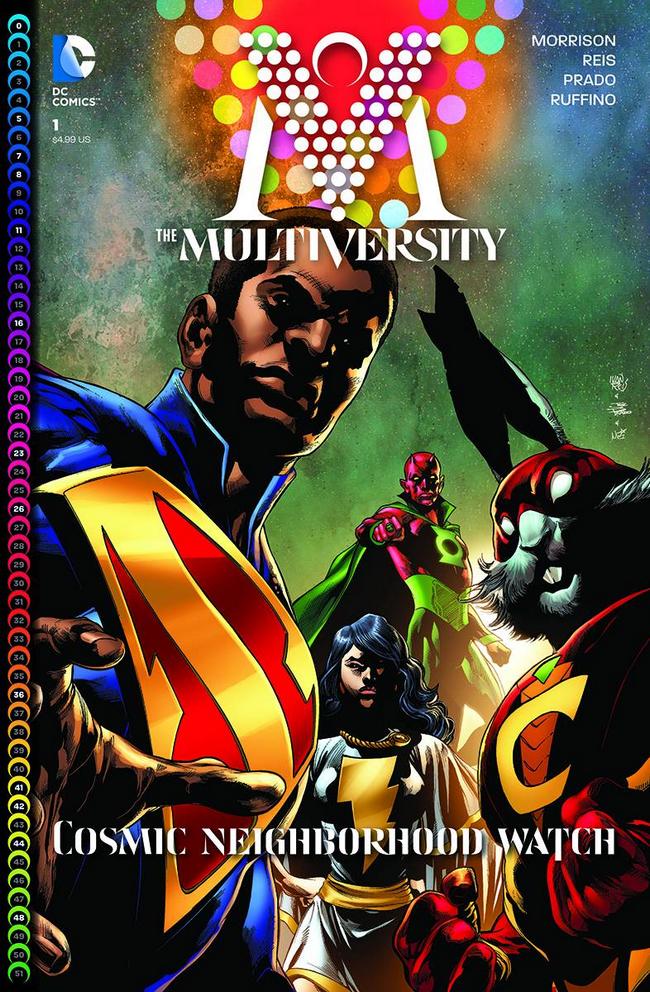 The biggest adventure in DC’s history is here! Join visionary writer Grant Morrison, today’s most talented artists, and a cast of unforgettable heroes from 52 alternative Earths of the DC Multiverse! Prepare to meet the Vampire League of Earth-43, the Justice Riders of Earth-18, Superdemon, Doc Fate, the super-sons of Superman and Batman, the rampaging Retaliators of Earth-8, the Atomic Knights of Justice, Dino-Cop, Sister Miracle, Lady Quark, and the latest, greatest Super Hero of Earth-Prime: YOU! This deluxe edition hardcover collects all nine MULTIVERSITY issues, plus the indispensible GUIDEBOOK issue!

WHY TO WATCH FOR IT: There isn’t much to say except that Multiversity is Grant Morrison at his utmost finest. The stories ooze with homage to the Golden Age of comics while almost slowly tipping its hat to the future of the DC Comics and the genre in general. An impeccable and respectful series finally comes in a deluxe hardcover edition that is worthy to adorn your bookshelf. 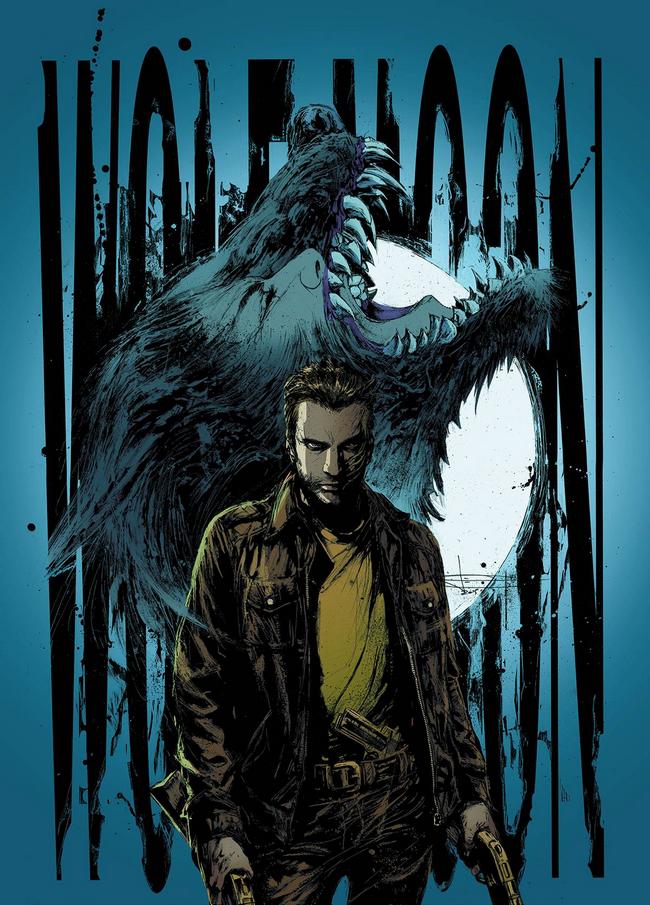 How do you hunt a werewolf if a different person becomes the monster with every cycle of the moon? Dillon, a former victim of the Wolf’s transformation, is taking it upon himself to track the sporadic movements of the Wolf in hopes to kill it. Hoping to uncover some clues, Dillon turns to a reclusive expert on werewolf legends, and what he learns crushes any hope of ever destroying the creature. Collects WOLF MOON #1-6.

WHY TO WATCH FOR IT: I’m a sucker for werewolves and Cullen Bunn does an exceptional effort at is interpretation of one of my favorite horror sub-genres. While the story is one part detective and two parts werewolves, what really sells the series is the incredible art from Jeremy Haun as he crafts page after masterful page of suspense and terror. This is a must-look series. 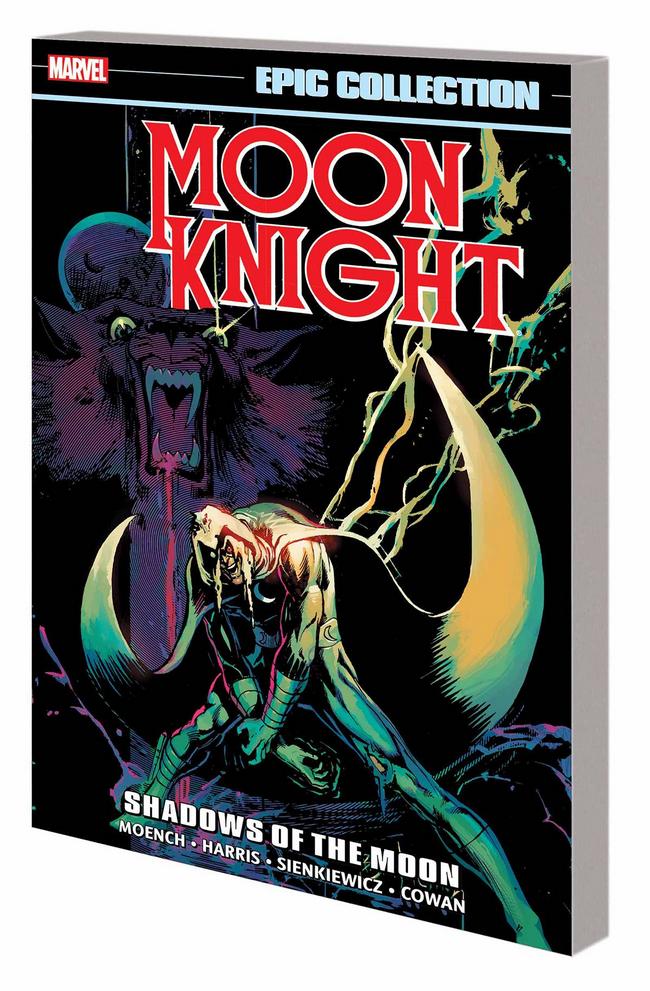 Ghosts, werewolves and things that go crazy in the night! Marvel’s multiple-personality midnight marauder takes the fight to the strangest rogues’ gallery in all of comics – from Arsenal, the one-man army, to the nun with a crossbow known as Stained Glass Scarlet. The Jester is no joke, for either Moon Knight or Daredevil. Then there’s Morpheus, who’s guaranteed to give you sleepless nights. But the old foes are the worst: enemies like Midnight Man and Bushman, who have returned to plague Marc Spector. Or is he Steven Grant? Jake Lockley? As always with Moon Knight, the voices inside his head can be as destructive as the lunatics trying to kill him! Doug Moench and Bill Sienkiewicz hit full stride in a super-hero comic like no other! Collecting MOON KNIGHT (1980) #5-23.
Rated T+

WHY TO WATCH FOR IT: I love Moon Knight — A street-level superhero that has more schizophrenic, identity and mental issues than a superhero should it’s a surprise that this character was able to survive over the times. I’m not even mentioning his unconventional costume design for vigilantism at night (bright white cloak and tights?) Alas, my affinity for this character starts here, as Marvel so kindly republishes and collects some of the quintessential stories for ol’ Moonie by the characters most influential creators, Doug Moench and Bill Sienkiewicz. With rumors of a Moon Knight television series being developed, brush up on the lore of one of my favorite heroes.