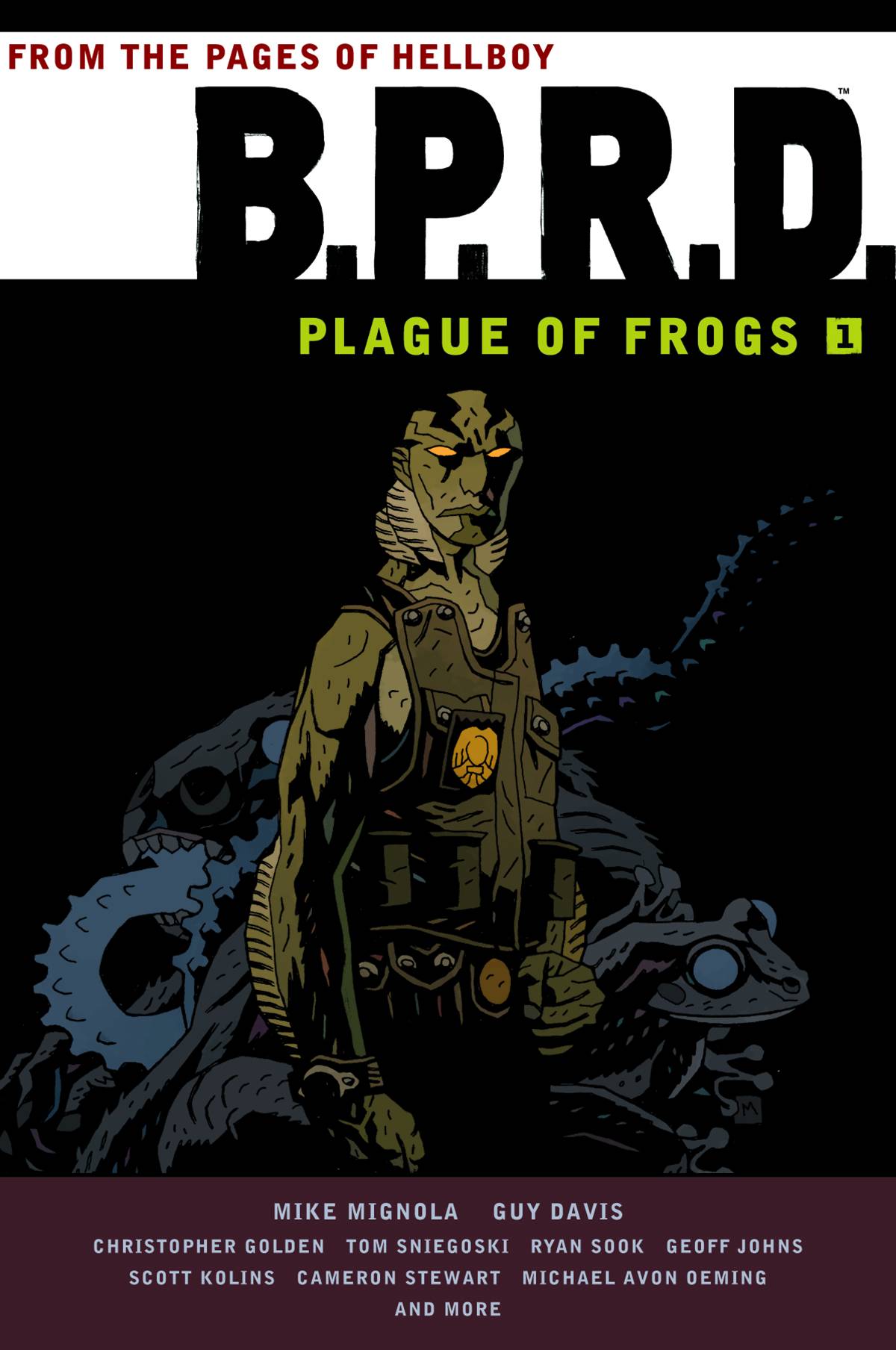 A whole new batch of fresh trades are unleashed this week as I take the reigns from our beloved editor-in-chief, Aaron Long. Here are five exciting trade paperbacks coming out this week for our Trade Waiters! 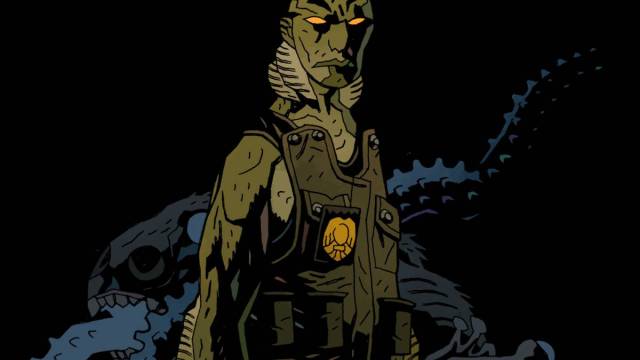 In 2001, Hellboy quit the B.P.R.D., leaving Abe Sapien, Liz Sherman, and a bizarre roster of special agents to defend the world from any occult threats and the growing menace of the frog army. Collects B.P.R.D.: Hollow Earth & Other Stories, B.P.R.D.: The Soul of Venice & Other Stories, and B.P.R.D.: Plague of Frogs.

WHY TO WATCH FOR IT: Prior to this release, Dark Horse offered a hardcover edition of this that retailed at $34.99. If you missed out the first time, you can now enjoy this part of the Mignola-verse at $19.99. Did I mention that you get over 400 pages too? 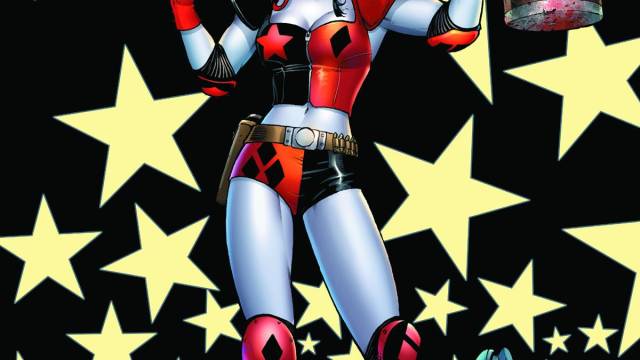 The sensational series that gave Harley Quinn her own New 52 spotlight is collected in hardcover for the first time, from the star-studded #0 issue to issue #8! Don’t miss Harley’s big move to Coney Island as she becomes a roller derby queen – all while she carries on in her criminal career!

WHY TO WATCH FOR IT: Amanda Conner and Jimmy Palmiotti have been making quite a noise with this off-kilter series by breaking the fourth wall and keeping the fun and violence at a high. The Joker’s former protege finally breaks out on her own, and the world should brace themselves. 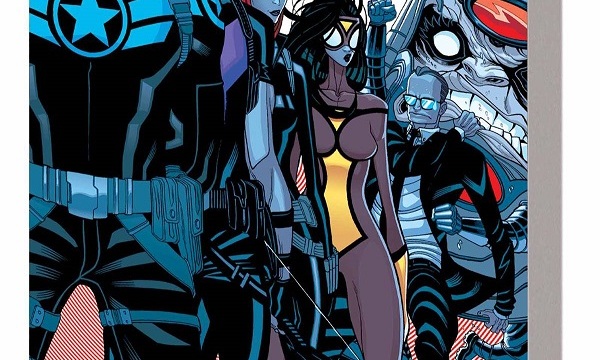 The new SECRET AVENGERS kick things off with a blast – three missions at the same time! Falling S.H.I.E.L.D. satellites endanger Earth! A post-nuclear warhead goes missing in the Middle East! And the Fury – yes, the unstoppable super-hero-killing machine that menaced Captain Britain – reappears deep inside Chinese territory! Can Hawkeye, Black Widow and Spider-Woman save Nick Fury and Phil Coulson from dying horribly in space? Will a wounded Maria Hill figure out what her uneasy ally M.O.D.O.K. is up to? Do the Secret Avengers have a prayer against the Fury? As death hits the Helicarrier, Black Widow faces Lady Bullseye – and Coulson goes rogue! Plus: Before he joined the Secret Avengers, agent Nick Fury disobeyed a direct order. Now, his Original Sin has come back to haunt him! Hail Hydra! Collecting SECRET AVENGERS #1-5 and ORIGINAL SIN: SECRET AVENGERS INFINITE COMIC #1-2.

WHY TO WATCH FOR IT: Writer Ales Kot has slowly been garnering a following with his series Zero from Image Comics, and his new series from Marvel, Bucky Barnes: The Winter Soldier. Fans of the series Hawkeye and Marvel’s Agents of S.H.I.E.L.D. will assuredly find some laughs and enjoyment because it doesn’t take itself too seriously. 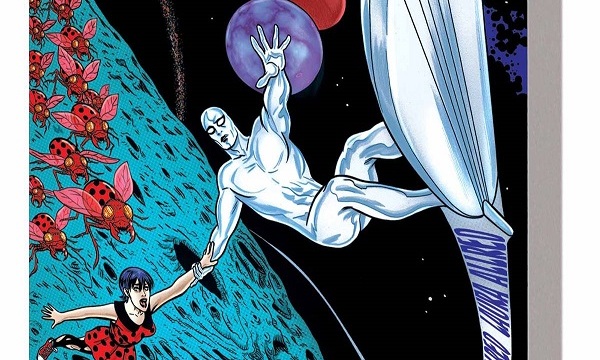 The universe is big. Bigger than you could ever imagine. And the Silver Surfer, lone sentinel of the skyways, is about to discover that the best way to see it… is with someone else. Meet Dawn Greenwood, the Earth girl who’s challenged the Surfer to go beyond the boundaries of the known universe – into the strange, the new and the utterly fantastic! Who is the Never Queen? How is the universe’s future tied into her very existence? And why is she trying to destroy the Surfer? And when the Surfer tries to return Dawn home, he gets swept into a strange battle against Shuma-Gorath alongside Dr. Strange, the Hulk and more! The problem is, to stop Shuma-Gorath, Dawn will have to pay the price – with her life. Collecting SILVER SURFER (2014) #1-5 and material from ALL-NEW MARVEL NOW! POINT ONE #1.

WHY TO WATCH FOR IT: Dan Slott has been putting Peter Parker through the ringer in his Amazing Spider-Man series. This series lets him cut loose and explore the galaxy with the former herald of Galactus. Doctor Who fans should see some similarities as the series tries to capture the same fun and weirdness of the television show. Oh, and Mike Allred’s art is drool-worthy. 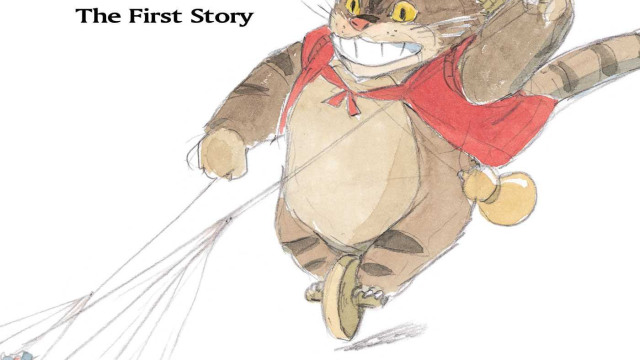 An oversized, lavishly illustrated storybook featuring original watercolor art by legendary filmmaker Hayao Miyazaki!
This is the original Princess Mononoke story, created by Hayao Miyazaki in 1980 while he was first conceptualizing the landmark animated film that would be released to universal acclaim seventeen years later. As an initial version of the tale, it offers a new and different perspective from the final version presented in the film. After a long, exhausting war, a samurai lost in a forest encounters a giant wildcat–a mononoke. The beast saves his life, but at the price of his daughter’s hand in marriage…

WHY TO WATCH FOR IT: It’s difficult to discuss some of the most impactful anime movies without mentioning Princess Mononoke. This time you can share the story with children or friends and let them awe in Miyazaki’s watercolor art.