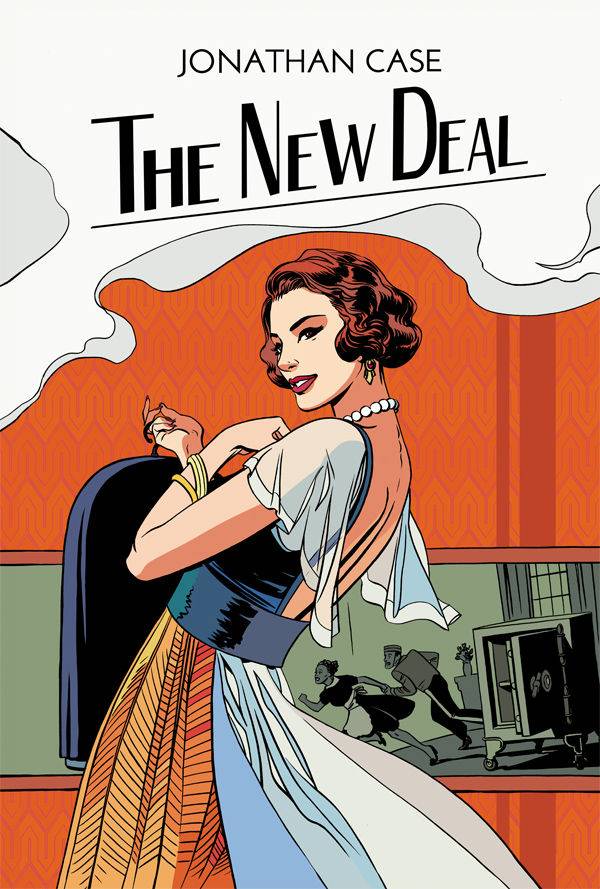 Greetings Trade Waiters! After an incredible experience of celebrating comics and cartoons with some of my favorite comic book journalists at the Small Press Expo (SPX) this weekend and spending an exorbitant amount of money, it’s finally Monday. Back to life, reality, and “Trade Waiting” – your weekly spotlight of five noteworthy comic book collections, trade paperbacks, and graphic novels that are being released this coming Wednesday and why you should watch out for them! 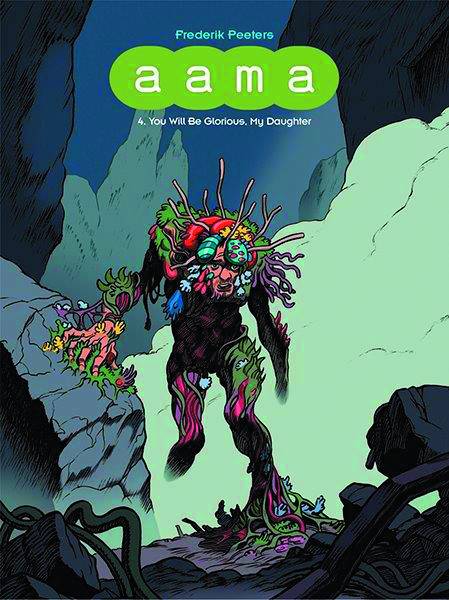 On Ona(ji), Verloc Nim is the sole survivor of an expedition to recover Aama, the experiment that has transformed this desert planet into a landscape inhabited by lethal biorobotic creatures and plants. Having pieced together the events of his recent past – his journey to Ona(ji), his part in the deadly expedition to Aama’s source – Verloc finds himself physically transformed by his confrontation with the experiment. But will his extraordinary new powers be enough for him to save his daughter?

WHY TO WATCH FOR IT: My introduction to this series was through a friend at SPX. Needless to say, upon completion of reading the first volume, I was hooked. Frederik Peeters’ work is nothing short of phenomenal. He couples his immaculate art style with the precise amount of subversive allegorical story-telling, that makes Aama an unforgettable experience for readers alike. If you haven’t read this yet, grab it and then go buy the other three volumes too. 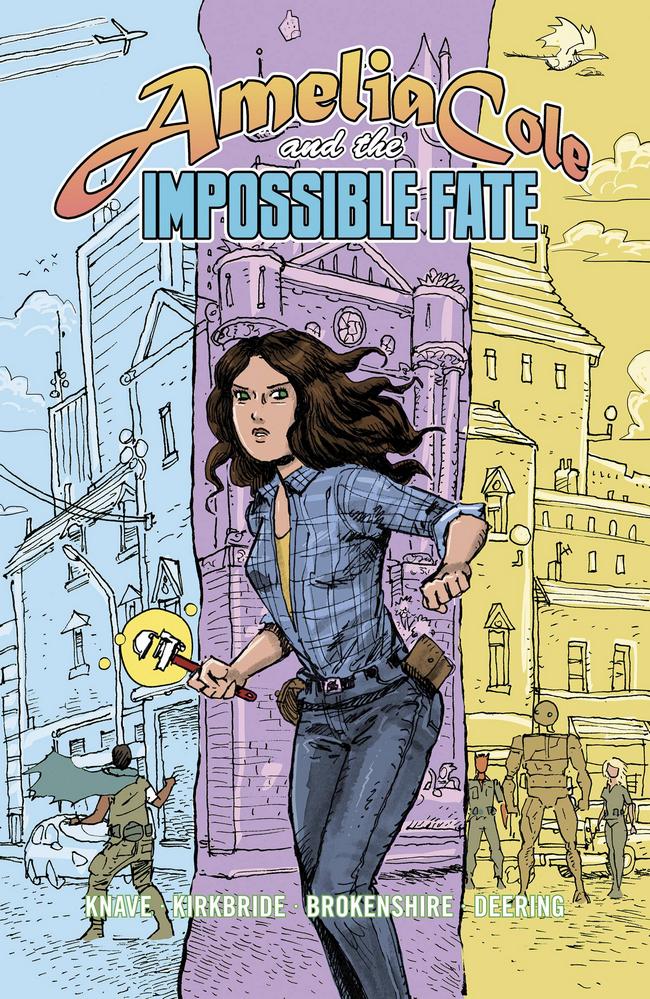 The Council has banished Amelia to the Magic World and Hector to the World of Science, leaving Lemmy and the remains of Omega Company fighting to survive in the war torn Blended World! Now that the enemy has been unleashed, our heroes rally against their IMPOSSIBLE FATE in this epic fourth IDW Publishing volume of Monkeybrain Comics’ acclaimed AMELIA COLE series by Adam P. Knave, D.J. Kirkbride, Nick Brokenshire, and Rachel Deering!

WHY TO WATCH FOR IT: Amelia Cole is the beautiful all-ages, female-centric, comic series that you’ve been waiting for. Not enough? This is the teenage, magic-inspired world you’ve been waiting to inhabit since the conclusion of the Harry Potter. Still not enough? There is an incredulous amount of wit and forethought put into this book all the way down from the story, to the panels, to the art, to the colors, and to the letters that you’ll be smiling in anticipation with every page turn.

The Waldorf Astoria is the classiest hotel along the Manhattan skyline in 1930s New York City. When a charming woman checks in with a high-society entourage, a bellhop and a maid get caught up in a series of mysterious thefts. The stakes quickly grow perilous, and the pair must rely on each other to discover the truth while navigating delicate class politics.

WHY TO WATCH FOR IT: Eisner-award winning artist Jonathan Case returns to indulge in his latest graphic novel that follows the tradition of Billy Wilder movies and their punchy dialogue. This historical piece set in the post-Roaring Twenties, plays up the laughs while gently dancing with the sociopolitical sentiments of the time. This is a fun look at the times of yesteryear spent in a whimsical hotel that embodies the glamour and the working class of the time period. 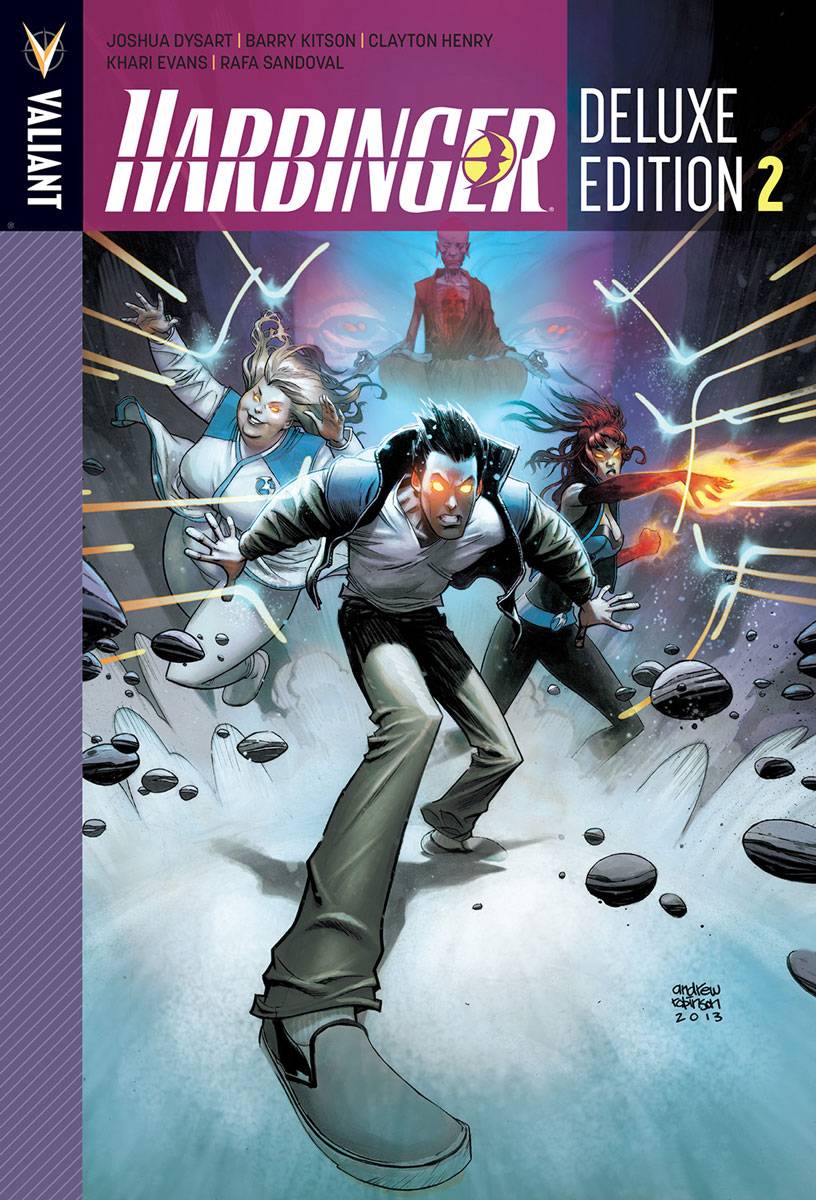 From the mind of New York Times best-selling writer Joshua Dysart (IMPERIUM, Unknown Soldier) and an all-star cast of comics’ top talents comes the second stunning oversized hardcover collection of the devastating series that the Onion/A.V. Club calls “one of the most binge-worthy superhero comics currently available”!

Peter Stanchek. Toyo Harada. The two most destructive superpowers in the world – literally – have come to a reckoning of will. In the fallout of their cataclysmic conflict, their former families – the Renegades and the Harbinger Foundation – will lie in shards around them. What will stop these men – either of them – from reducing the world to ashes? The Renegades thought they could get their old lives back. They thought they could bring
down Toyo Harada and the Harbinger Foundation. They were wrong. And now their loved ones will pay the price…and their once secret conflict will change the world as we know it.

WHY TO WATCH FOR IT: Harbinger is one of the best series to come out of the relaunch of Valiant. I’ve said this countless times, but if you’re a fan of New Mutants, Teen Titans, X-Force, or All-New X-Men, you need to be reading this title. Not only will you be visually rewarded with dynamic displays of super-heroics, but nothing is safe here. There are real stakes involved in this series, and the lives of the characters depend on it. Teen drama, romance, and violence is abundant. What more can you ask for? 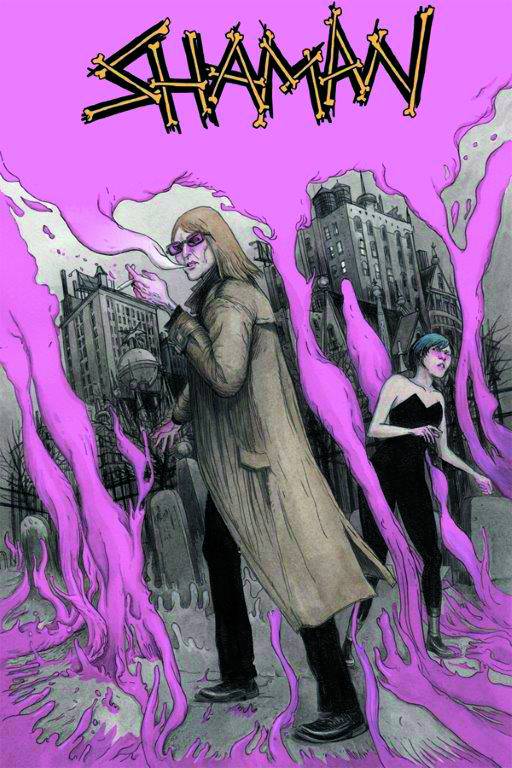 In the neverending battle between good and evil, not even death is permanent. The Shaman, a mysterious mage with a trick permanently up his sleeve and the ability to restore life, has tasked himself with raising those on both sides of the battle from the grave. Working alongside a foulmouthed teenage sorceress and a retired superhero bored with the life in tights, the Shaman and his adoptive family fight monsters, demons, and even the odd astronaut or two, if that’s what gets the job done!

WHY TO WATCH FOR IT: Another project that started as a Kickstarter, Shaman is one of those stories that attempts to alter your perception of what the traditional superhero comic story should be. Writer Ben Kahn and artist Bruno Hidalgo stretch the limits of your imagination and provide a poignantly sharp and thoughtful presentation on superhero absurdity that fans of “Constantine” and “The Venture Brothers” will be easily drawn to. *Editor’s note: the release date of Shaman has been changed to October 14, 2015.