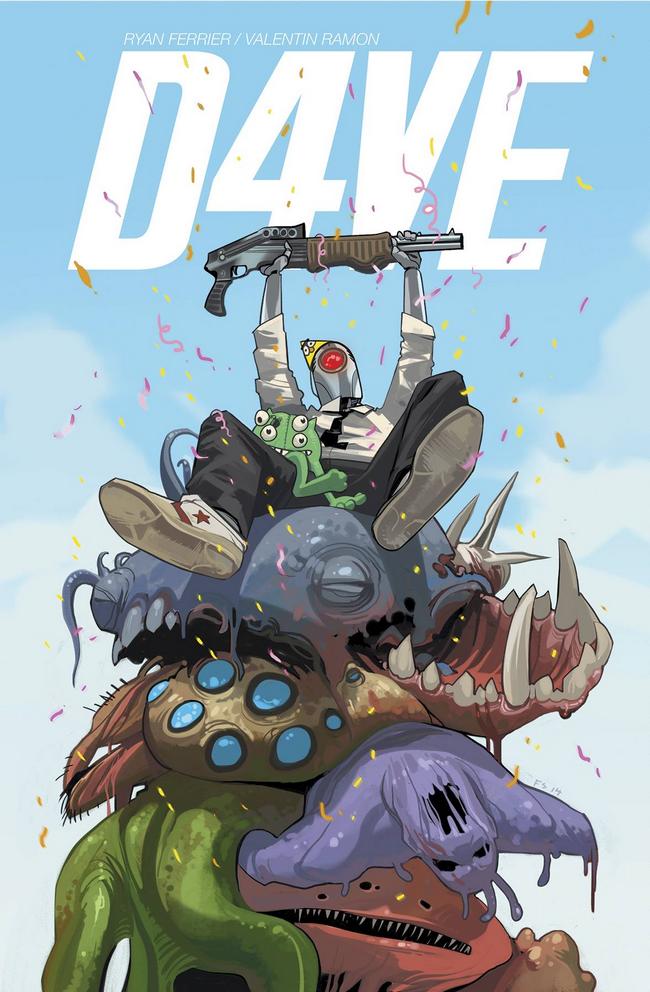 Happy Labor Day Monday! –or just another day for the people that represent the blue-collar backbone of America. Nevertheless, it means a look at this week’s hottest trade paperbacks, collected editions, and graphic novels in this edition of “Trade Waiting” – your weekly spotlight of five noteworthy comic book collections that are being released this coming Wednesday and why you should watch out for them! 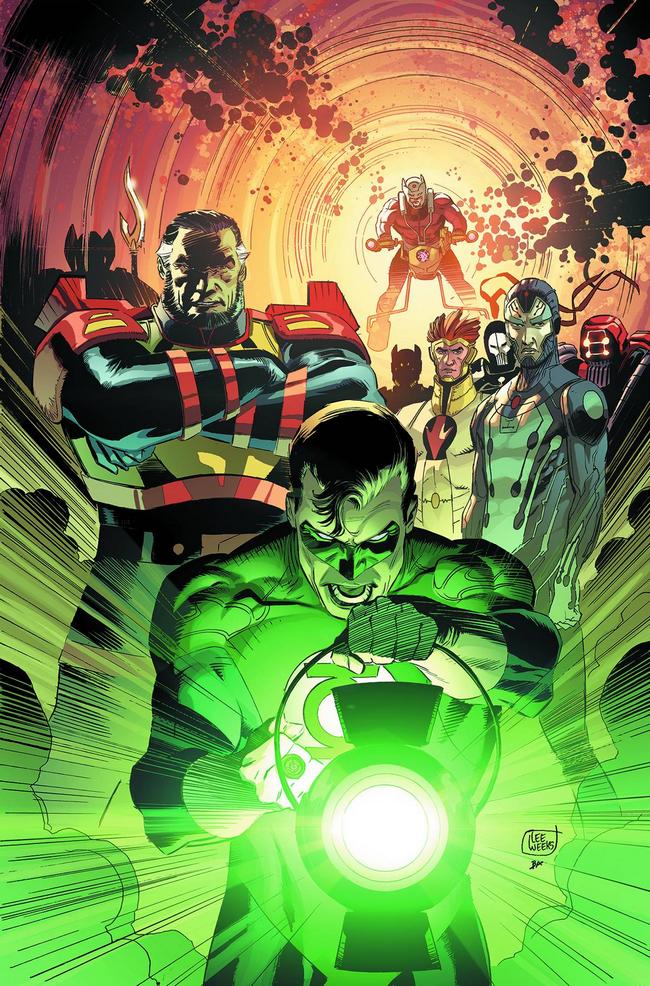 In these stories from GREEN LANTERN/NEW GODS: GODHEAD #1, GL #35-37, GL CORPS #35-37, GL NEW GUARDIANS #35-37, RED LANTERNS #35-37, SINESTRO #6-8 and GL ANNUAL #3, Highfather learns that ring-wielders stole secrets of cosmic importance from beyond the Source Wall! Now, Highfather must breach the wall – but first, he needs his own set of rings!

WHY TO WATCH FOR IT: DC’s latest cosmic event features my favorite corner of the multiverse, The New Gods! In typical comic book fashion, hi-jinx ensues, but Robert Venditti leads a story that is captivating enough to divert from the predictable path. Sixteen issues collected in one edition is a perfect grab for any Green Lantern fan. 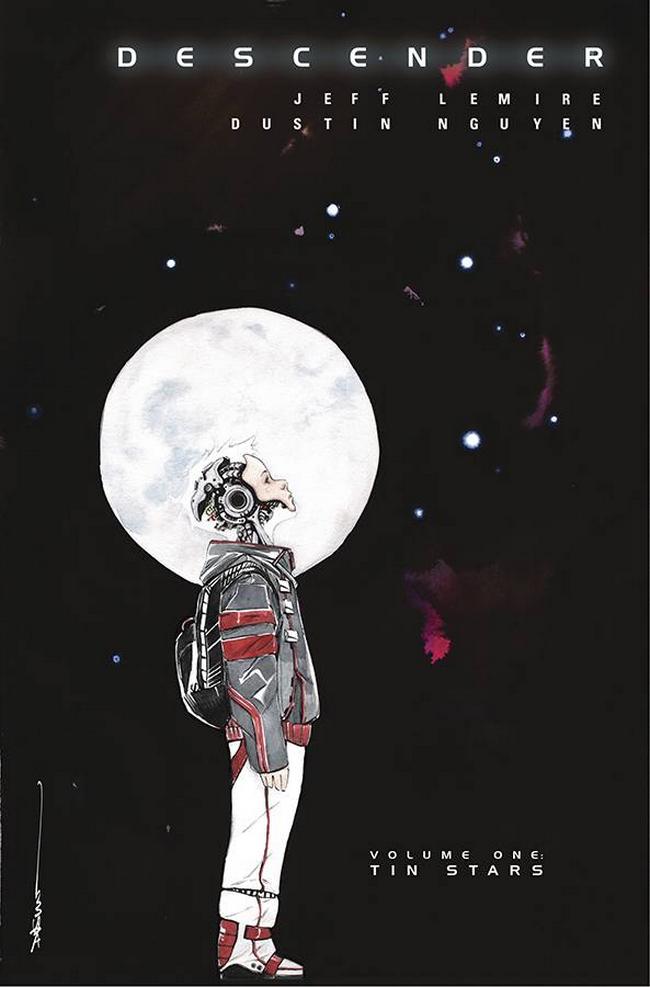 WHY TO WATCH FOR IT: An incredible amount of attention has surrounded this book before it was even released, with comic book speculation on variants and #1’s and optioned movie rights just being the tip of that iceberg. One of my favorite comic book writers teams up with one of my favorite comic book artists and crafts a space, futuristic version of Pinocchio. Dustin Nguyen’s sublime art style really balances the dynamic of subtle, innocent humanity and cold, concrete machinery of robots and aliens in a way that few can ever hope to accomplish.

Primetime TV; mortgages; traffic jams. The robots conquered earth, wiping out all life in the galaxy, but nothing changed. Meet D4VE, the greatest robot war hero, now trapped behind a desk at a soul-sucking day job. Can something, somewhere snap him out of this slump? Will a new presence on 34RTH ignite his long-lost spark for battle?

WHY TO WATCH FOR IT: This anthropomorphic story of robots experiencing pitfalls of civilized humanity, is hilarious and a refreshingly fun comic book experience. This book is not above utilizing crude humor without getting rude. Get ready to lament your family and your job and cut loose with D4VE! 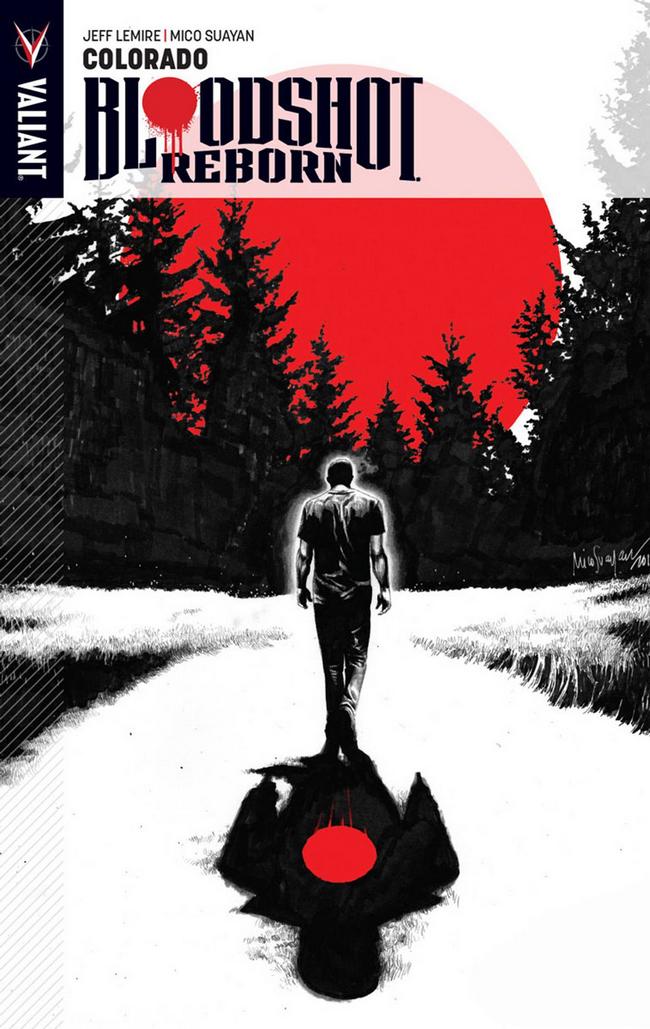 New York Times best-selling writer Jeff Lemire (THE VALIANT, Descender) and red-hot rising star Mico Suayan (HARBINGER, Moon Knight) deliver an all-new ongoing series for Valiant’s most unrelenting hero! Bloodshot’s nanites made him a nearly unstoppable killing machine. His enhanced strength, speed, endurance, and healing made him the perfect weapon, and he served his masters at Project Rising Spirit – a private contractor trafficking in violence – very well. Now, Bloodshot is a shadow of his former self. He lives in self-imposed exile, reeling from the consequences of his past life and the recent events that nearly drove him mad. But when a rash of shootings by gunmen who appear to look just like Bloodshot begin, his guilt will send him on a mission to stop the killers, even if it means diving head-long into the violence that nearly destroyed him.

WHY TO WATCH FOR IT: I’ve been riding the Jeff Lemire train lately, but it’s undeniable that he has a compelling way of telling stories when he is given free reign. That’s exactly what he’s able to do with Bloodshot Reborn, as Lemire slowly reinvents and redefines the character as he is “reborn” into the Valiant Universe. It’s gripping and visceral storytelling, with some of the best art from Mico Suayan that I have ever seen or witnessed before. Suayan’s embrace for realism while still within the grounds of sequential art storytelling is nothing short of incredible. 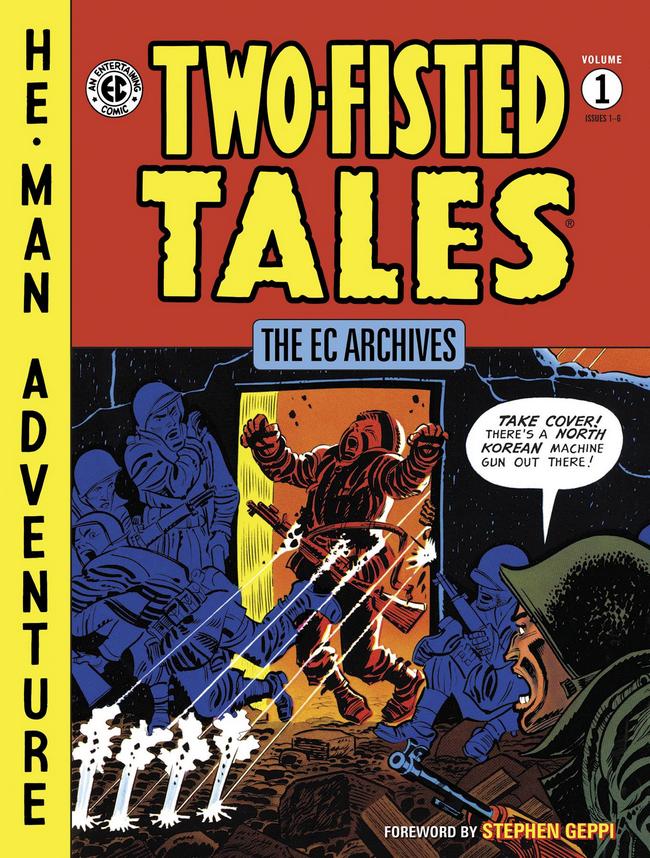 Writer/artist/editor Harvey Kurtzman teamed with legendary artists Wally Wood, Johnny Craig, Jack Davis, Al Feldstein, John Severin, and others to create these powerful stories of struggle and humanity that are considered to be among the best war stories ever told. Now, Dark Horse Books is proud to present this first incredible volume, collecting Two-Fisted Tales #18-#23.

WHY TO WATCH FOR IT: Harvey Kurtzman has been a cartooning legend in the industry and I’ve been a sucker for great, comic book war stories because they’re often genuinely much more than what you’d ever expect. Here, for the first time they’re collected and is a must have for fans of the genre that haven’t ponied up the money to collect the issues.