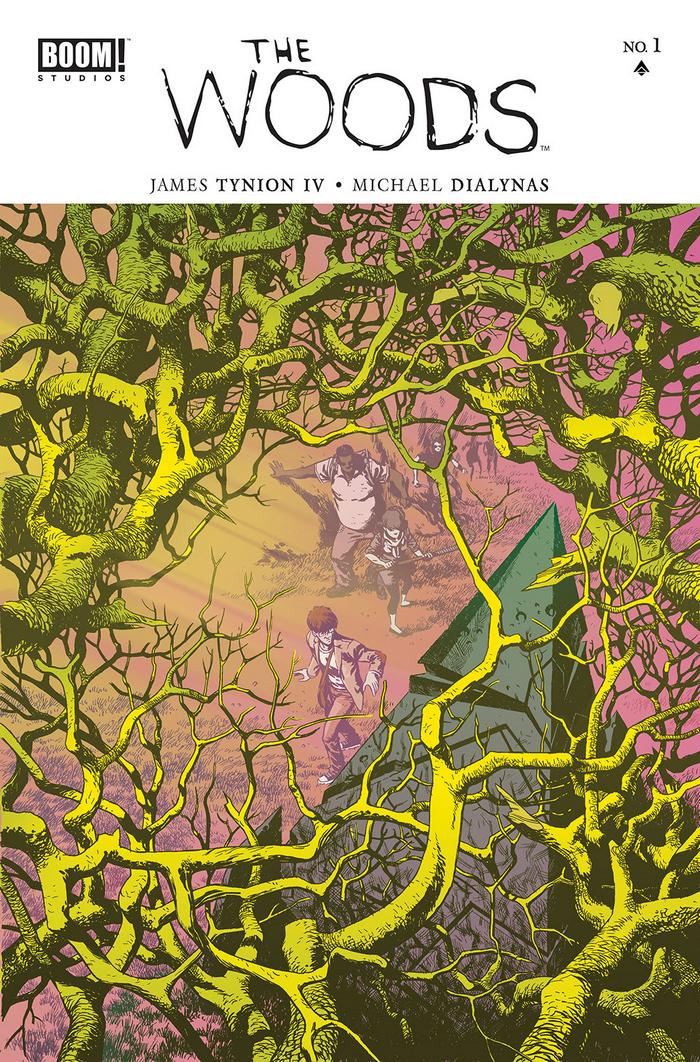 April 8, 2014 – Los Angeles, CA – Award-winning publisher BOOM! Studios is excited to announce the May release of its newest ongoing series THE WOODS, a horror suspense title from creator and writer James Tynion IV (Batman Eternal, Red Hood and the Outlaws) and artist Michael Dialynas (Amala’s Blade, Spera). In THE WOODS, an entire high school campus with over 500 students, teachers, and staff suddenly vanishes and reappears in the middle of an alien-looking wilderness next to a towering, mysterious obelisk. Left to fend for themselves in a hostile environment, the group tries to find out where they are, why they’re there, and how to get back home.

“James’ pitch for THE WOODS knocked me out of my shoes,” said BOOM! Studios Editor-in-Chief Matt Gagnon. “We’ve been passionate about bringing this story to comics from the jump and I’m proud to say that James’ story has surpassed even our lofty expectations. James and Michael have combined teen angst with high strangeness to create a slow-burning horror story that feels like what I love about Stephen King’s work. It’s completely gripping, and is equal parts mysterious, thought-provoking, and suspenseful.”

WHY WE LOVE IT: As fans of James Tynion IV’s work in the Batman universe (Batman Eternal, Red Hood and the Outlaws), we were eager to publish his first original comic series for print. THE WOODS gives us that same eerie, small-town horror feel we get whenever we read a Stephen King novel.

WHY YOU’LL LOVE IT: James Tynion IV honed his writing craft by working with one of the best writers in comics—Batman scribe Scott Snyder—so you know he can craft a compelling tale. If you’re fan of teen conspiracy comics like Sheltered and Revival, you’ll immediately be sucked into THE WOODS.

WHAT IT’S ABOUT: On October 16, 2013, 437 students, 52 teachers, and 24 additional staff from Bay Point Preparatory High School in suburban Milwaukee, WI vanished without a trace. Countless light years away, far outside the bounds of the charted universe, 513 people find themselves in the middle of an ancient, primordial wilderness. Where are they? Why are they there? The answers will prove stranger than anyone could possibly imagine.
THE WOODS #1 arrives in comic shops on May 7th with a main cover by Ramón Peréz and a 1-in-10 variant by Matthew Woodson for the price of $3.99 under Diamond order code MAR140952. A retailer incentive cover by Paul Duffield will also be available in limited quantities. Not sure where to find your nearest comic retailer? Use comicshoplocator.com or findacomicshop.com to find one! It’s also available for order directly from boom-studios.com. 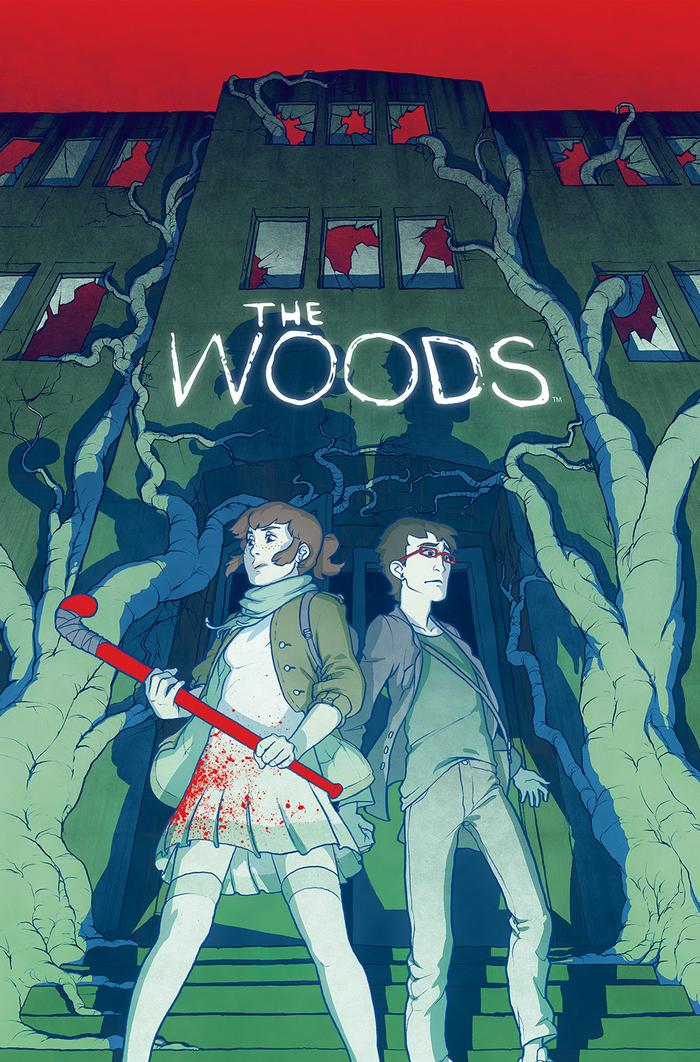