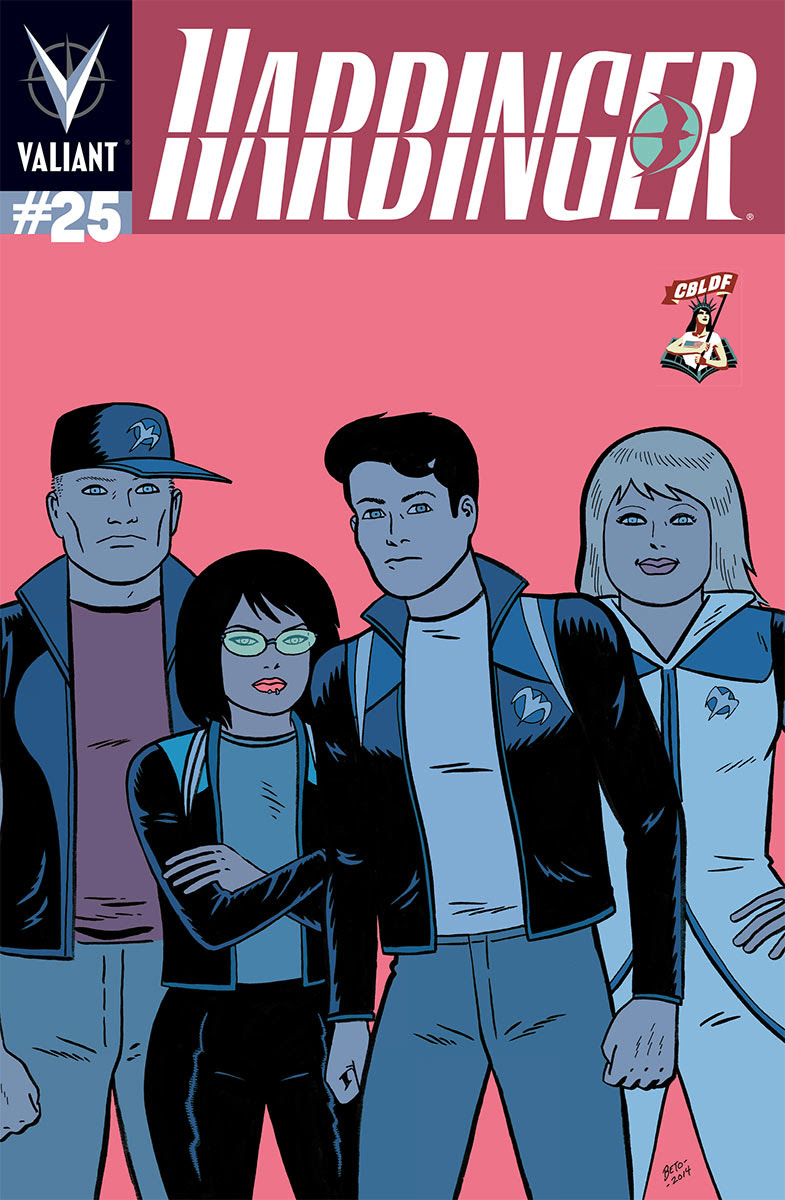 “It is an enormous honor for both Valiant and myself to work with the legendary Gilbert Hernandez for one of the most vital causes in our medium today, the Comic Book Legal Defense Fund,” said Valiant Editor-in-Chief Warren Simons. “Gilbert’s cover is an amazing addition to HARBINGER #25’s already stellar line-up, and one that adds even more resonance to our celebration of one of the most beloved teams in the Valiant line.”

Hernandez’s HARBINGER #25 SDCC Liberty Variant will be available exclusively at the CBLDF’s booth (#1920) inside the San Diego Convention Center and via the CBLDF website (cbldf.org). All proceeds will directly benefit the First Amendment legal and education work of the Comic Book Legal Defense Fund, an organization that works to protect the freedom to read.

Valiant Entertainment has been a supporter of CBLDF since 2012, and a Corporate Member of the Fund since 2013. This marks the second variant cover Valiant has created as a Comic-Con International exclusive for the fund.